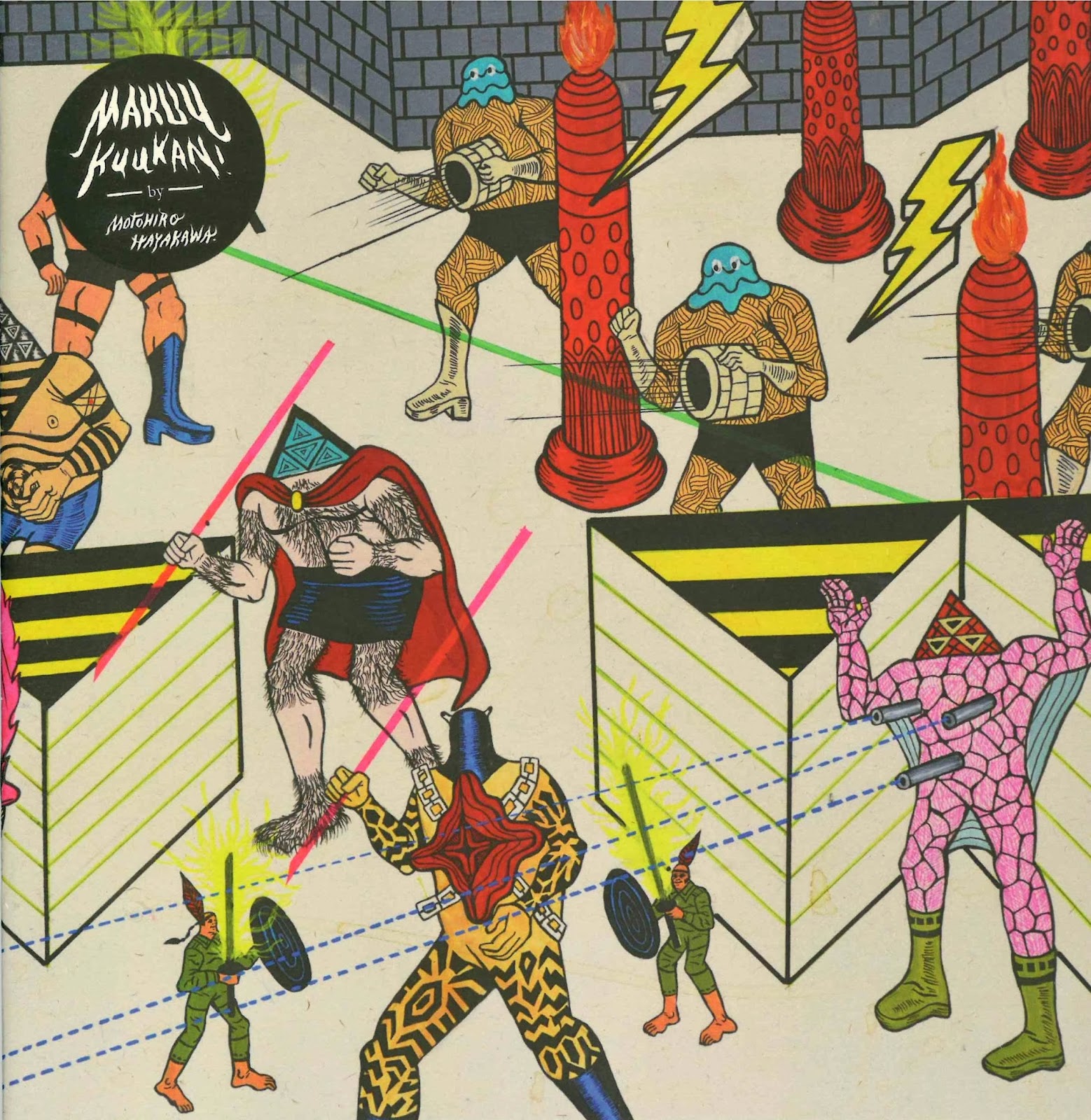 I've been meaning to share this for a while: it's one of the best and most beautiful things I own. 'It' is Makuu Kuukan! a collection of Motohiro Hayakawa's amazing space battle illustrations; essentially an exhibition catalogue of sorts- all the images featured within were displayed as part of the Makuu Kuukan art show at the Watdafac gallery in Spain in December/January 2013 (a few photographs of which you can see here). Hayakawa's illustrations are slightly bonkers, packed with science-fiction, fantasy elements, with  giant raspberry-like boulders, dragons, rock men, clunky laser-shooting robots, weird jelly-membrane creatures lizard men, clacking insectoid conker beings, all rendered in lurid fluorescent colours and richly textures, and fighting it out to the enth. I love how he takes recongisable iconography and then adds his own bizarre facets to it, building on them to create a singular world. The mix of textures and techniques, the fine lines with the thick works, too, it's not jarring as you might expect, instead playing into the sort of singular oddness of Hayakawa's vision. You can feel that these illustrations come from a fun place, there's an inherent joyous quality to them.

Hayakawa only began drawing a few years ago, in 2009 and cites Gary Panter as a huge infuence, as well as pop and punk music, sci-fi movies, cartoons, comics, and special effects from action superhero 80's TV shows. The main inspiration, or point of reference, really, behind Makuu Kuukan is Space Sheriff, a Japanese TV show from the 80's which sees Earth invaded by a criminal organization known as Makuu, led by the villainous and aptly named Don Horror. Deployed to defend his mother's home world, Space Sheriff Gavan of the Galactic Union Police stands between the planet and Don Horror's plans, with the aid of his mechanical dragon, Starbeast Dol, whose abilities range from fire-breathing, shooting laser beams from its eyes and a 'screw attack' that involves whipping it's tail around some. I did try Googling it, but it looks like it spawned a spate of franchises that look very much like Power Rangers, made more understandable when you realise both were created by the Toei Company.

I really like how the culture of those shows and influences influences and impacts on artists and illustrators who then produce work that bleeds into art and gaming and other fields, that cyclical, sort of evolving exchange of ideas. Anyway, here's some text about Hayakawa taken from the publication:

'Motohiro's ultimate tribute to to the classic Japanese TV show from the 80's called Space Sheriff. He acclaims this to be strong and clear inspiration to all of his impressive and powerful battle scenarios in which multitudes of creatures, beasts, monsters, aliens and knights fight for survival.

As a kid he always dreamt about emulating somehow what he saw on TV and today, by digging in every hidden corner of his mind, not only has he clearly reached that goal he has also developed a new purifying imagery that blows our world apart. This pictures taken in the vast emptiness of space are pure imagination in intense bright colours. This just fantasy bought to another level. And it's alive.'

You can still buy a copy of Makuu Kuukan here. 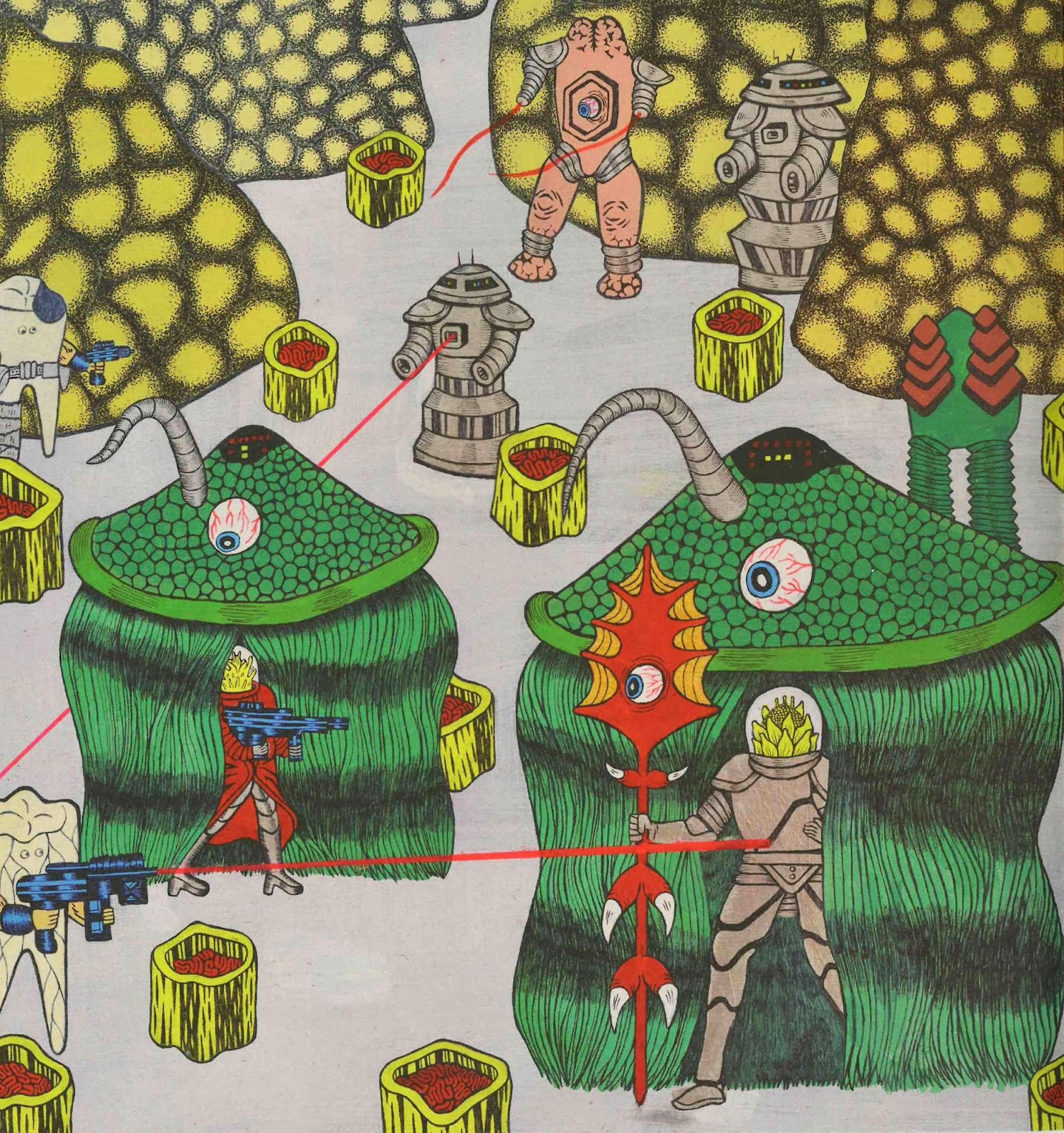 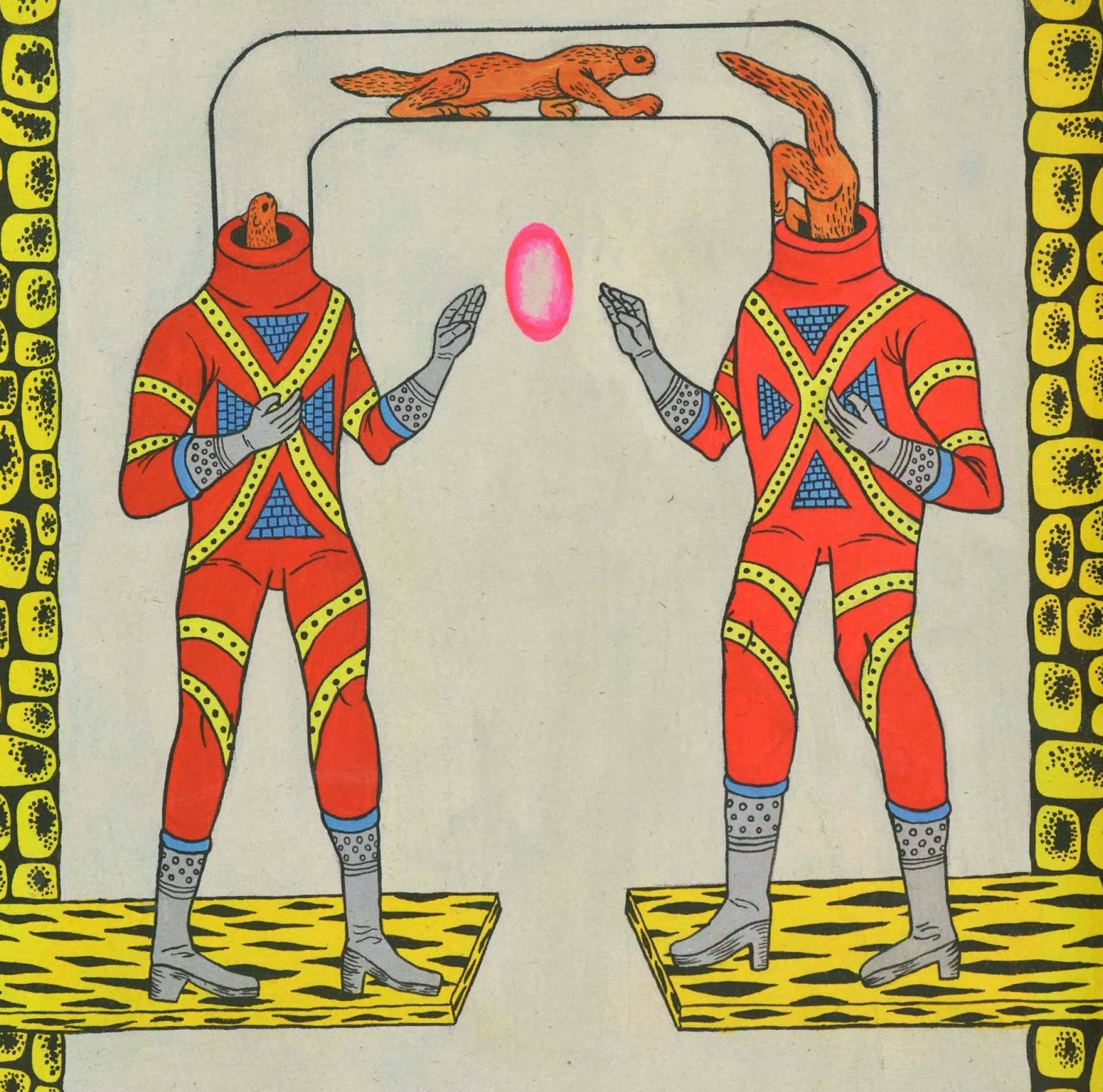 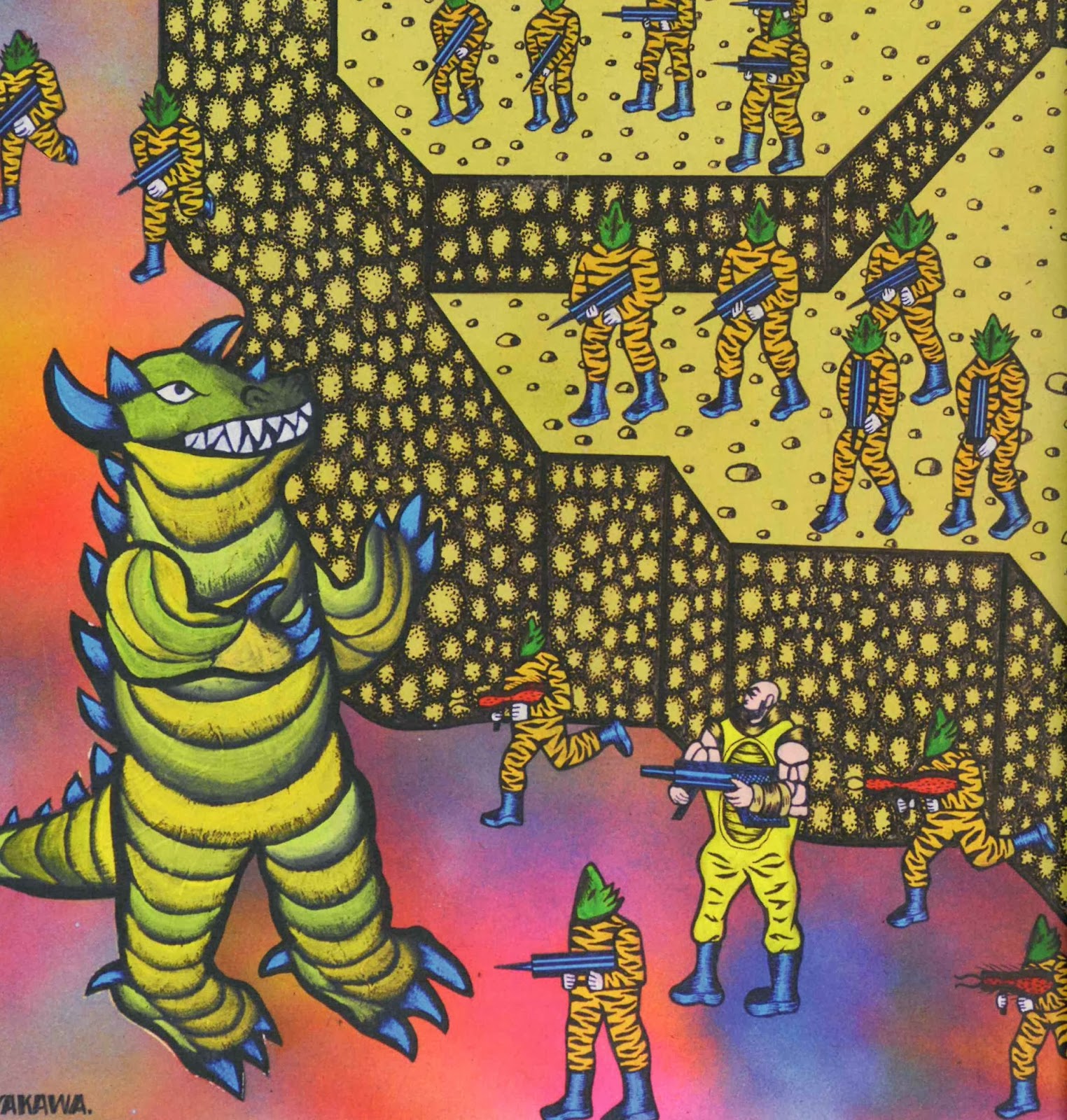 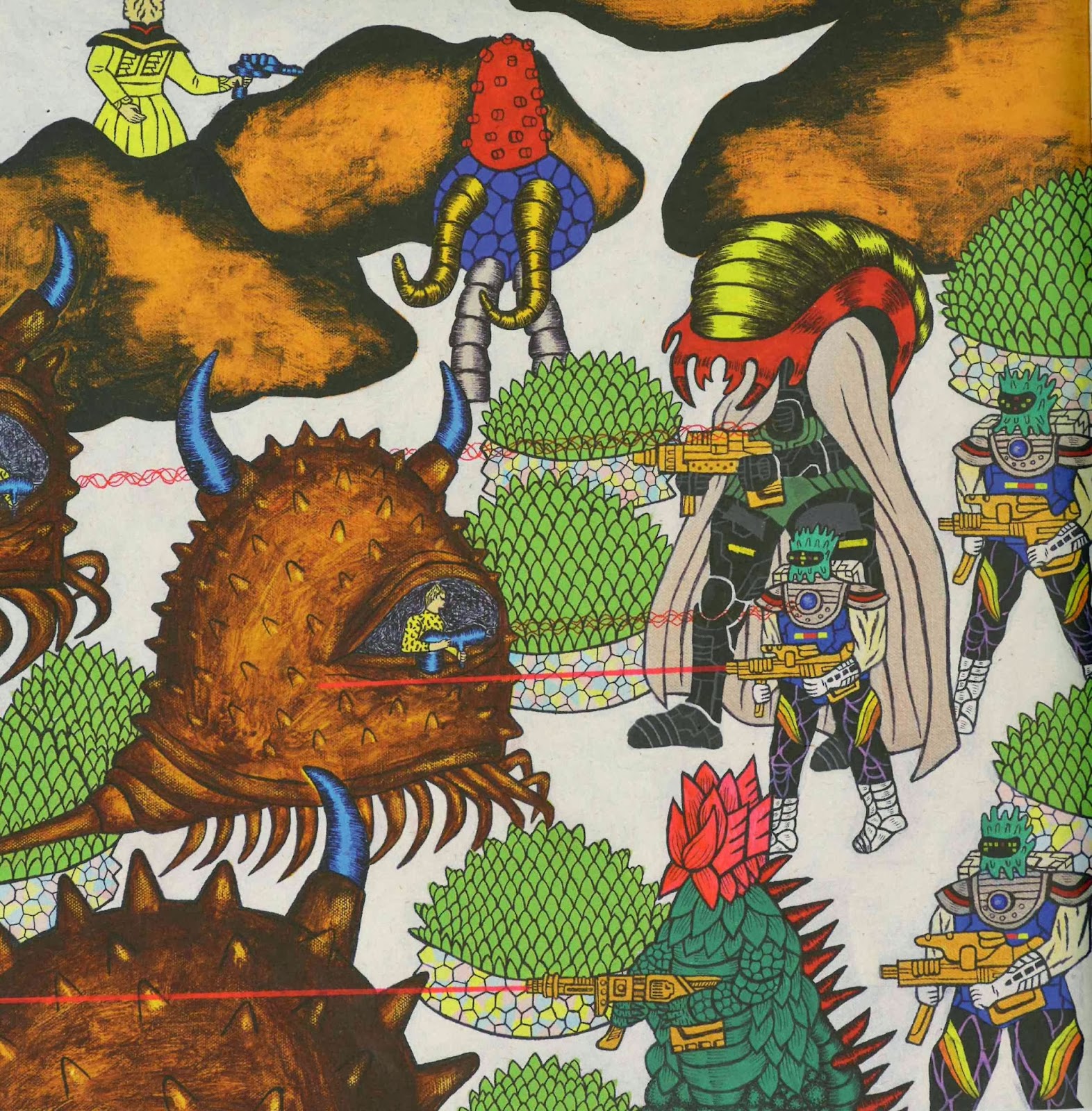