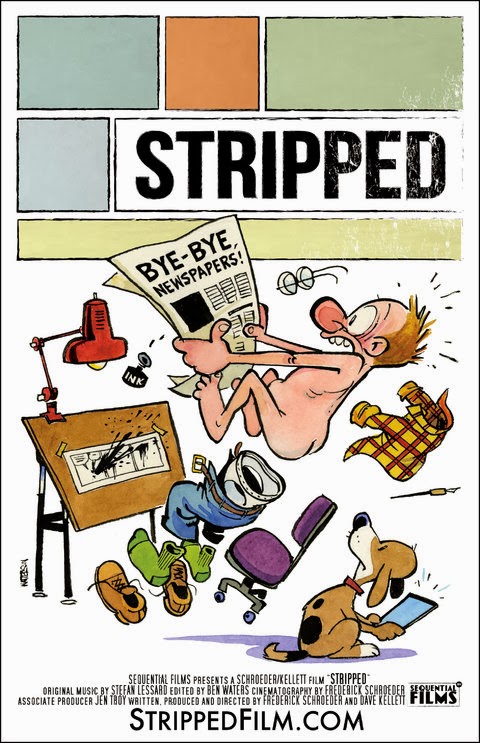 The world got to see the first publicly released, new work in over 19 years from freshly-crowned Grand Prix winner, Bill Watterson, this week. It comes in the form of a poster (above) for a documentary film on comics, Stripped, compiled and co-directed by Dave Kellett and Fred Schroeder, which aims to examine and chart the evolution of comics strips in newspapers. Kellett and Schroeder interviewed over 70 cartoonists for the film, including Watterson himself, who apparently was fond enough of the project to also produce a poster for it. Watterson's a unique figure in the comics world in that he seems to inhabit a place of warmth and respect in almost everyone's hearts and minds, a state of affairs which his fabled reclusiveness only seems to have added to. It's really heartening to see so many people in the often disparate comic community get excited about the same thing.

This Taiyo Matsumotyo interview is very good- short and yet insightful, and comes across very genuine.

Not really comics but an interesting read nonetheless:  Mohsin Hamid and  Adam Kirsch discuss the new 'golden age' TV has been experiencing, and if and how that relates to novels. There IS a comics connection- the little author portraits are done by R Kikuo Johnson.

I was really pleased to hear that Oh Yong Hwee and Koh Hong Teng's excellent Ten Sticks and One Rice won the bronze prize in the international manga awards; I hope that's another boost for publishers Epigram and that they continue to invest in their comics line. The International Manga awards are funded and initiated by the Japanese foreign affairs ministry in conjunction with the The Japan Cartoonists Association, with the aim to recognise and honour manga artists who contribute and promote to the medium overseas.

Robin McConnell of comics interview podcast Inkstuds fame has teamed up with comics star of the moment, Brandon Graham, launching a kickstarter to fund a tour of Los Angeles and other areas, putting on panels and interviews with other cartoonists, including Jamie Hernandez and Bryan Lee O'Malley. There's an array of funding tiers to choose from, and if you're in the US that sounds like a pretty fantastic thing to be part of.

A reminder to tune into BBC 4 this Tuesday at 10 pm, as their What Do Artist Do All Day series follows Frank Quitely for 24 hours as he works on drawing comics. 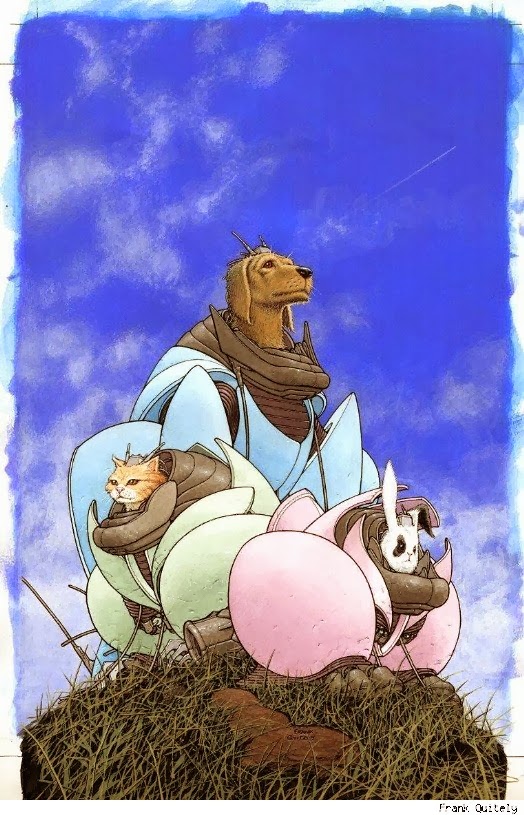 I like the look of Ben Hatke's first comic book post his Zita the Spacegirl series. Also to be published by First Second, Little Robot features the friendship between a little girl and a robot, with a cute turtle thrown into the mix. I can't help it: that pushes a lot of my buttons. It's due for publication in autumn next year.

More on Jason Shiga's web-comic, Demon, which is definitely worth keeping up-to-date with: so far its protagonist has killed himself at least 3 times in different ways, only to wake up in bed again after the point of death. He's written a little on why he's doing a web-comic (he was inspired after being an Ignatz judge) and also how he'll be putting the various editions of this out.

'Demon stars Jimmy Yee as an actuarial accountant from Oakland who wakes up in a filthy motel room only to find out he has just become the world’s most dangerous man. For those familiar with my previous work, it has a lot of familiar Shiga themes such as musings on the meaning of life, happiness and features a psycopath with no friends using mathematics to defeat an entire world out to crush him (did I mention this was an autobio comic?).

I’ve penciled 673 pages (my goal is for Demon to be one page longer than Habibi) and I’ll be posting new pages every weekday for the next couple years. For those worried the comic will decend into sequences hundreds of pages long featuring Jimmy working through reams of calculations, don’t worry, there’s nothing more advanced than freshmen calculus.

As for the format, here’s where it gets interesting. I’ll be releasing issues concurrently, both as physical booklets and pdfs. They all start off roughly in synch, but eventually the physical issues will run 2 months ahead and the pdfs run 1 month ahead.'

The upcoming Rachel Deering edited, In the Dark anthology from IDW looks rather great.

Finally, if you haven't seen them yet, here are a couple of gorgeous pages from Luke Perarson's new Hilda book, Hilda and the Black Hound, due for release next week. 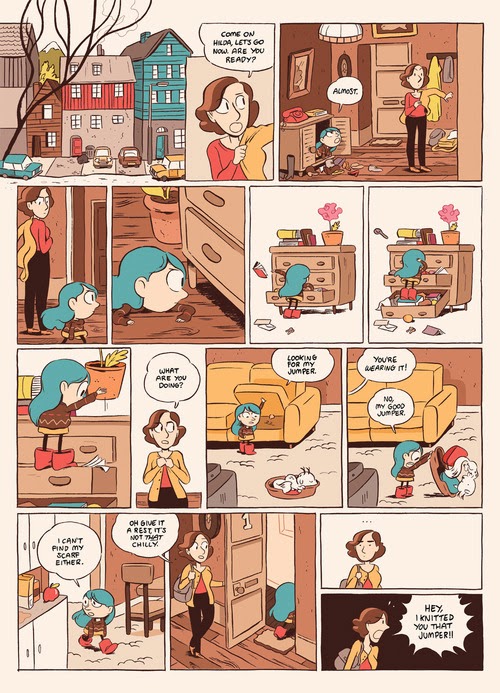 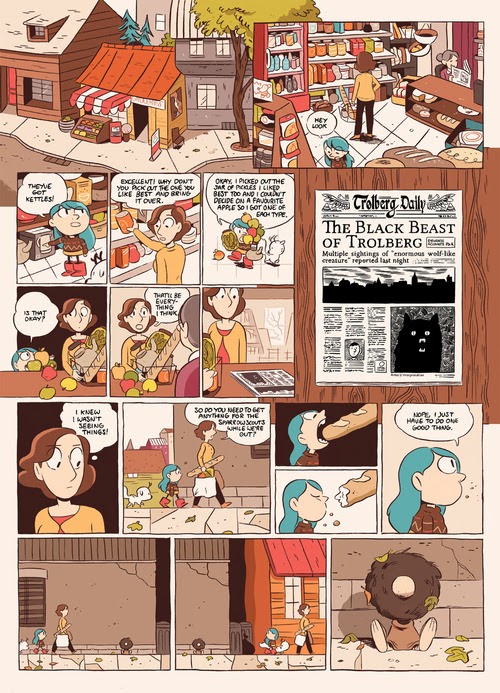