People in the UK, US, and Cananda are probably most familiar with Boulet via his webcomic, Bouletcorp, which, apart from his unforgettable 24-hour comic, Darkness, that AdHouse published last year (under the title of Noirness), is the only work of his available in English. In his native France, Boulet's done a raft of  books- along with his Notes volumes, which collect his web-comics in print, and collaborating on Lewis Trondheim's Dungeon, he also authors Raghnarok, a series chronicling the misadventures of a small dragon, living in the forest with his mother, grandmother and her two friends, currently 6 volumes in. He's also ventured into non-fiction, educational territory with La rubrique scientifique, another series aimed at younger audiences, which offers and applies scientific interpretations, covering subjects such as music, DNA, physics, dance, 3D, film, etc., presented with Boulet's signature humour. Over the past few weeks, Boulet's been sharing a number of great illustration work he's produced over the years for various collaborative projects, so I thought I'd collate some of the pieces here- there are worse ways to spend a Friday right?

First up, some illustrations for a French edition of Terry Jones' Erik the Viking: 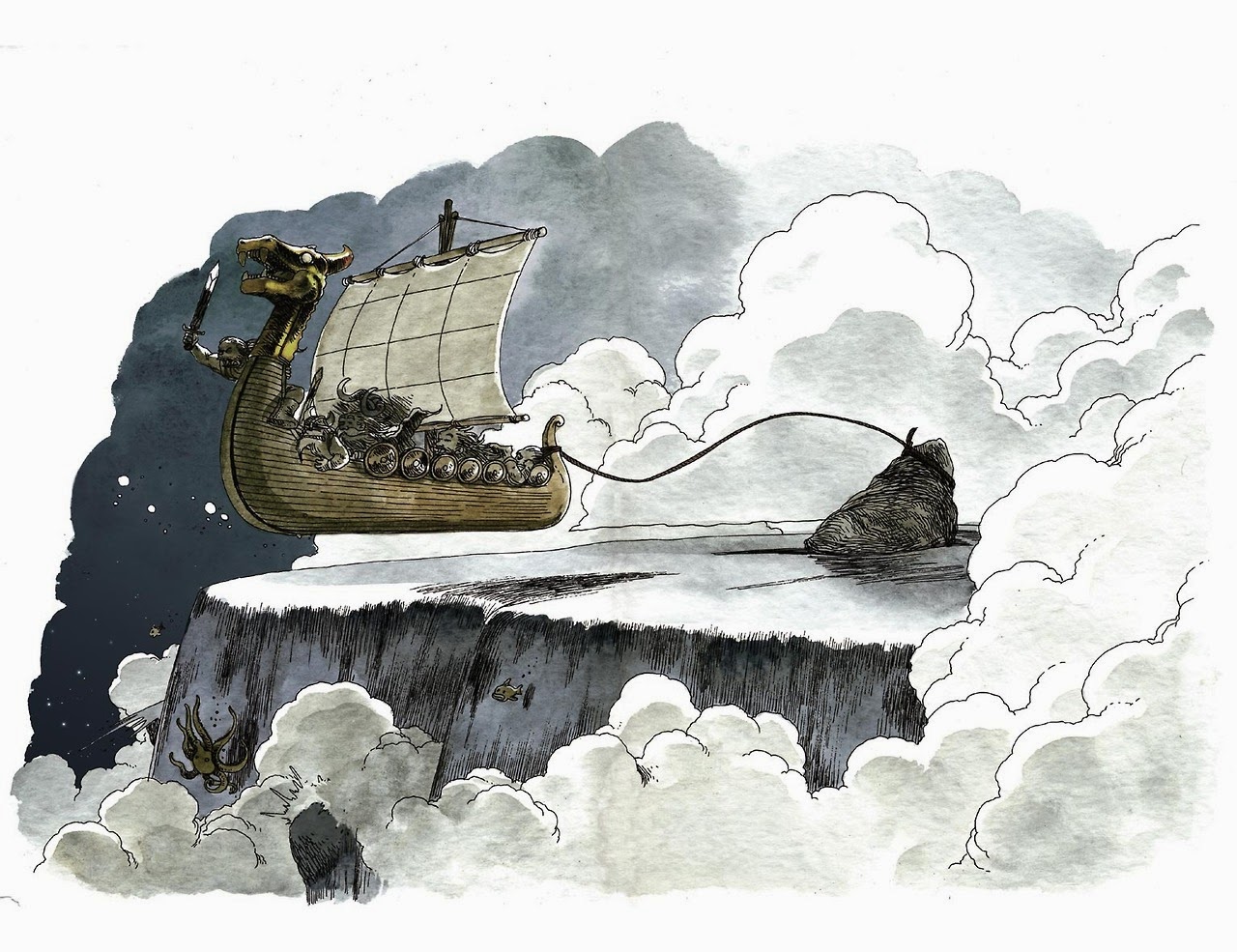 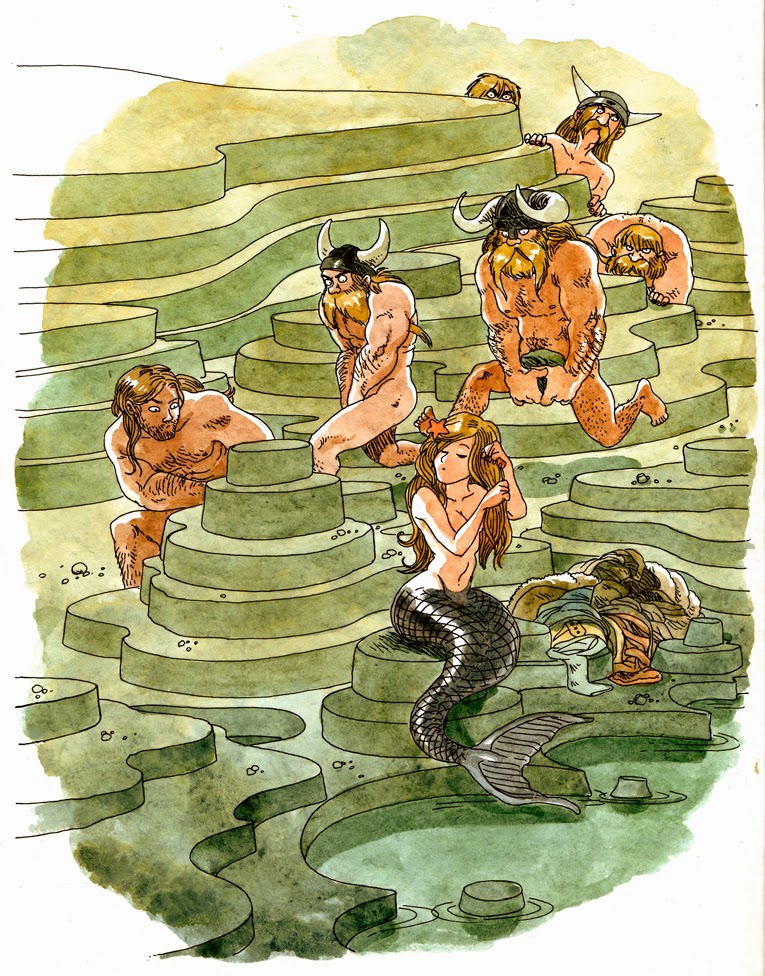 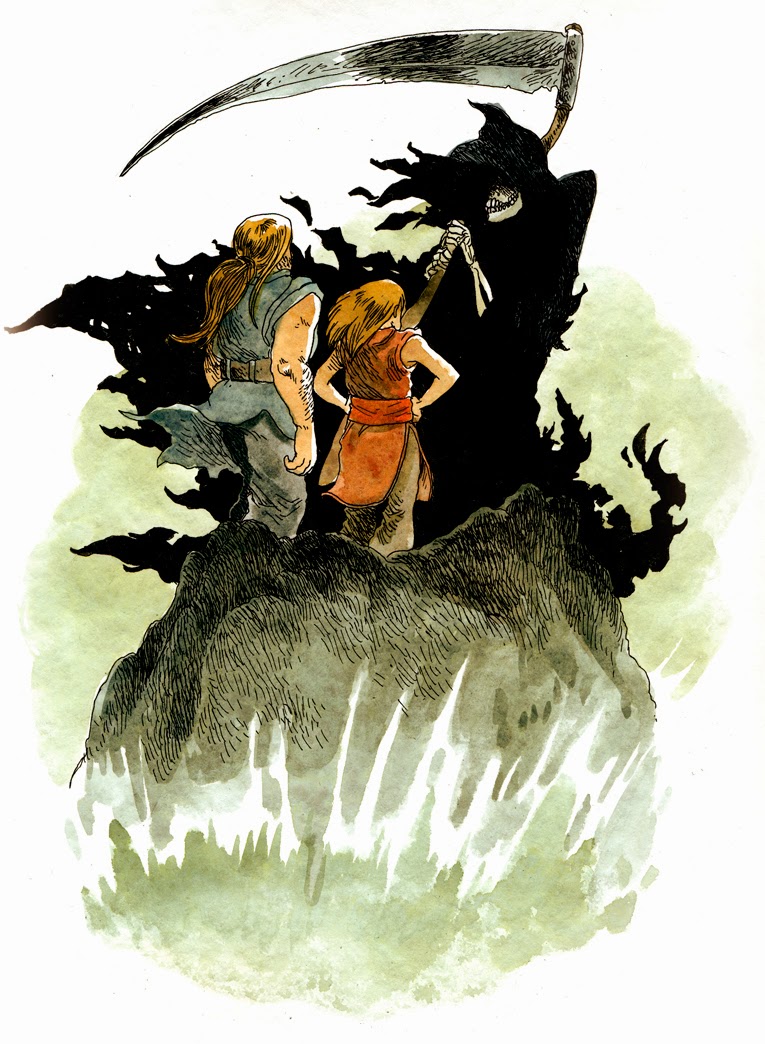 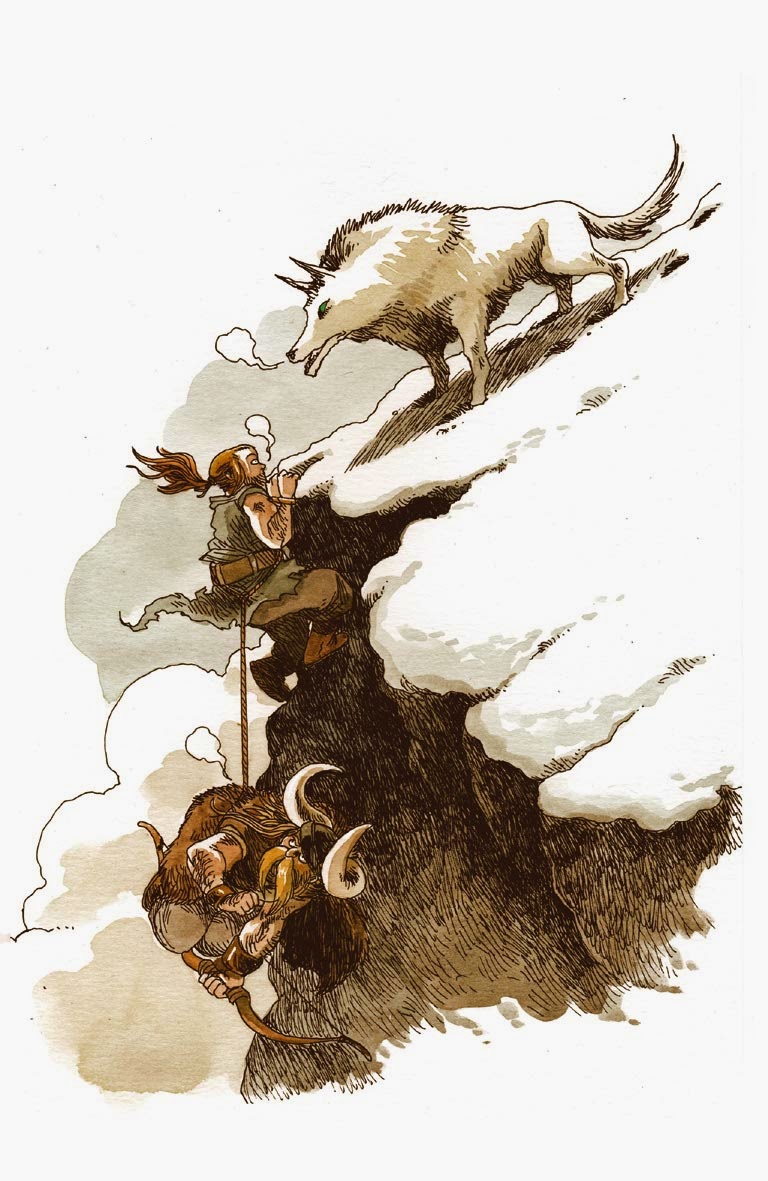 Cover jacket and interior illustrations for the French translation of Neil Gaiman and Stephen Jones' Now We're Sick, a collection of  'funny, frivolous and frightening poems by thirty of the world’s best known science fiction, fantasy and horror authors.' 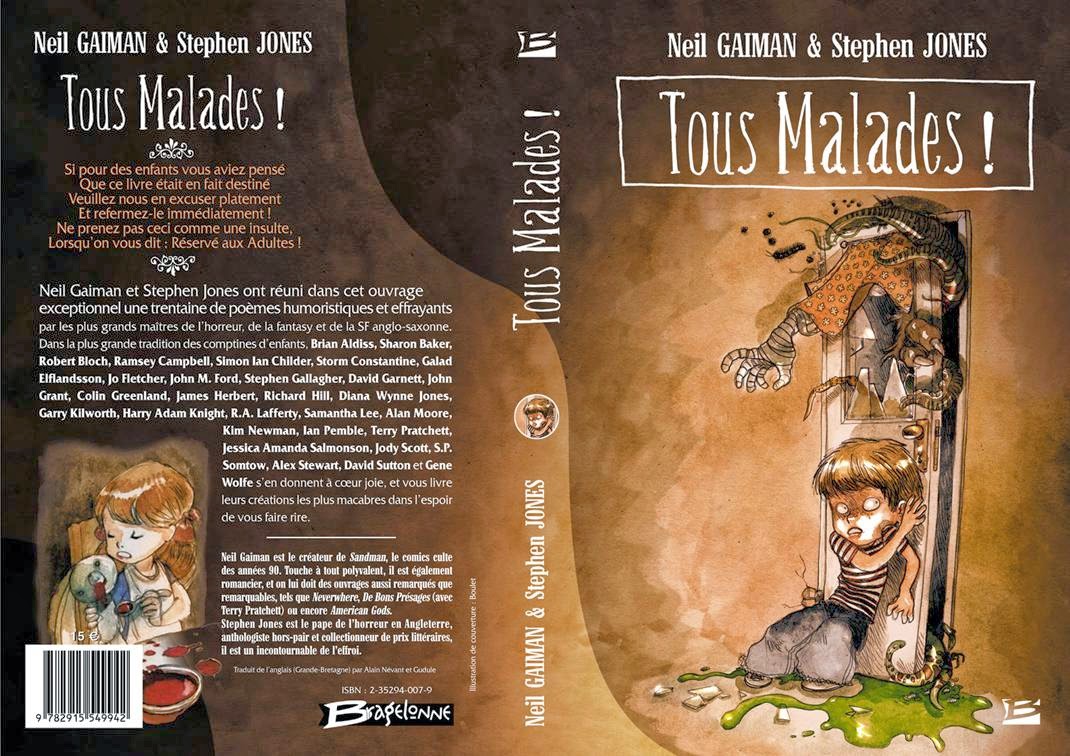 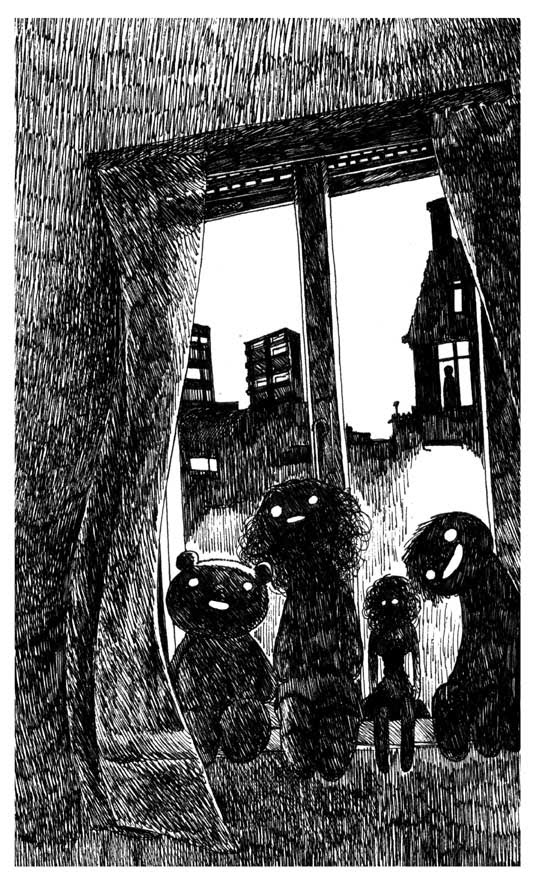 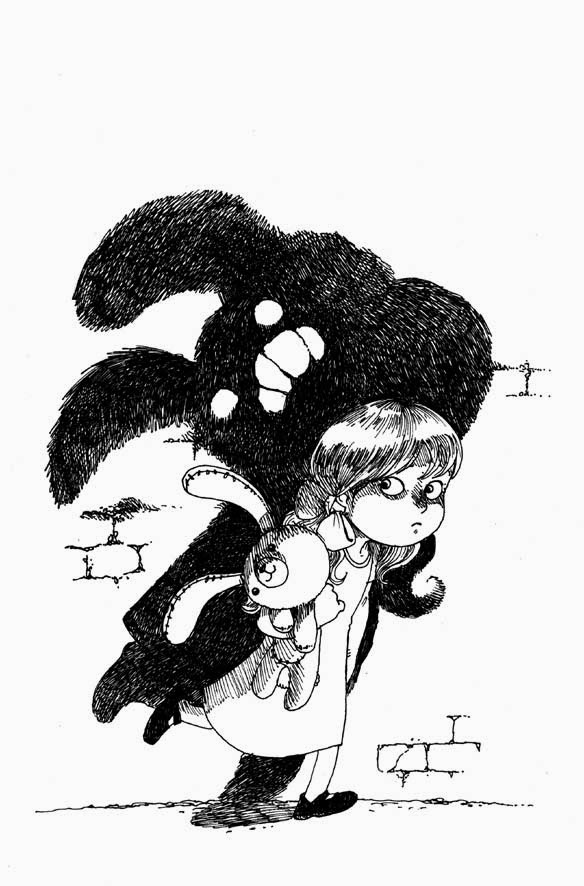 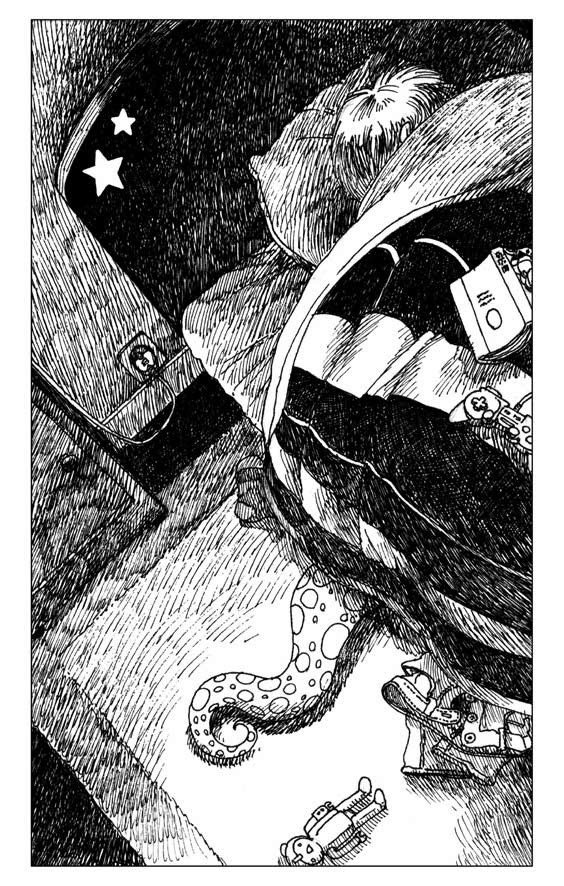 And finally, some illustrations for French singer and songwriter, Renan Luce's 2006 album, Repenti: 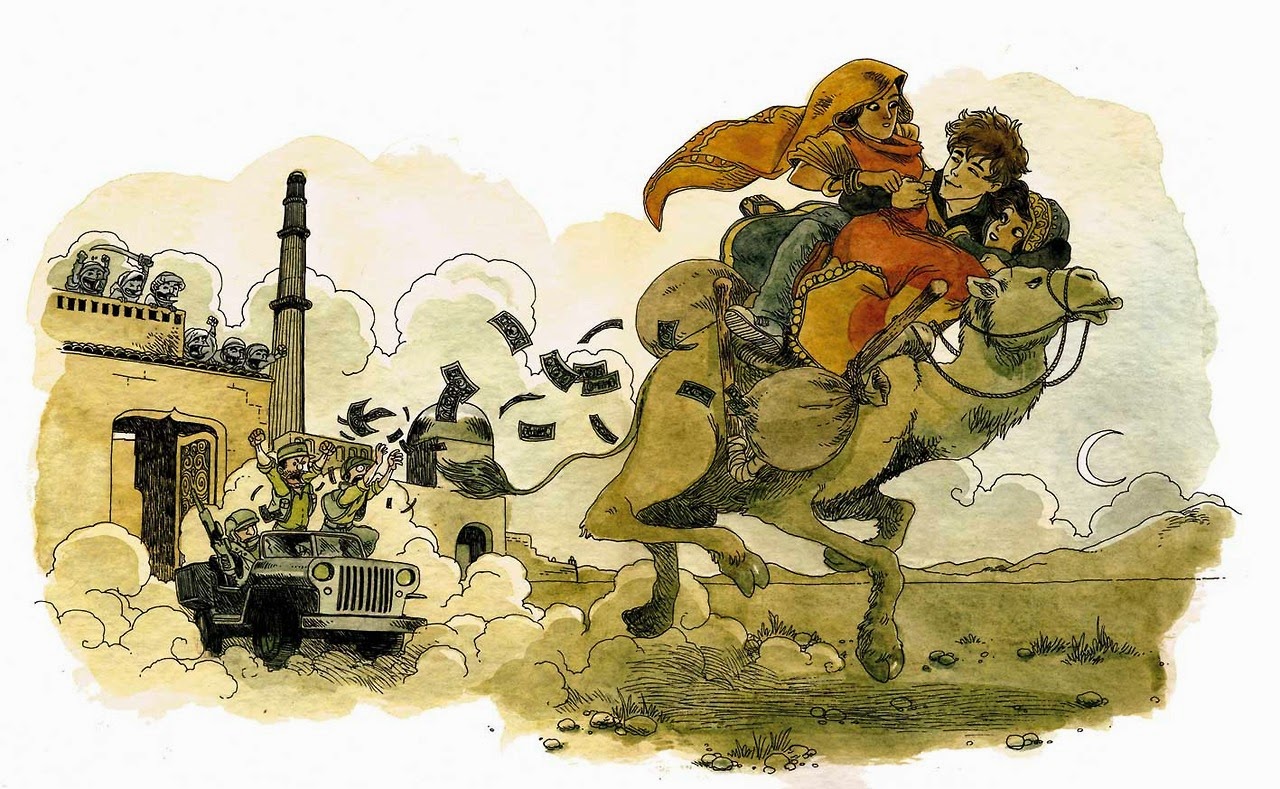 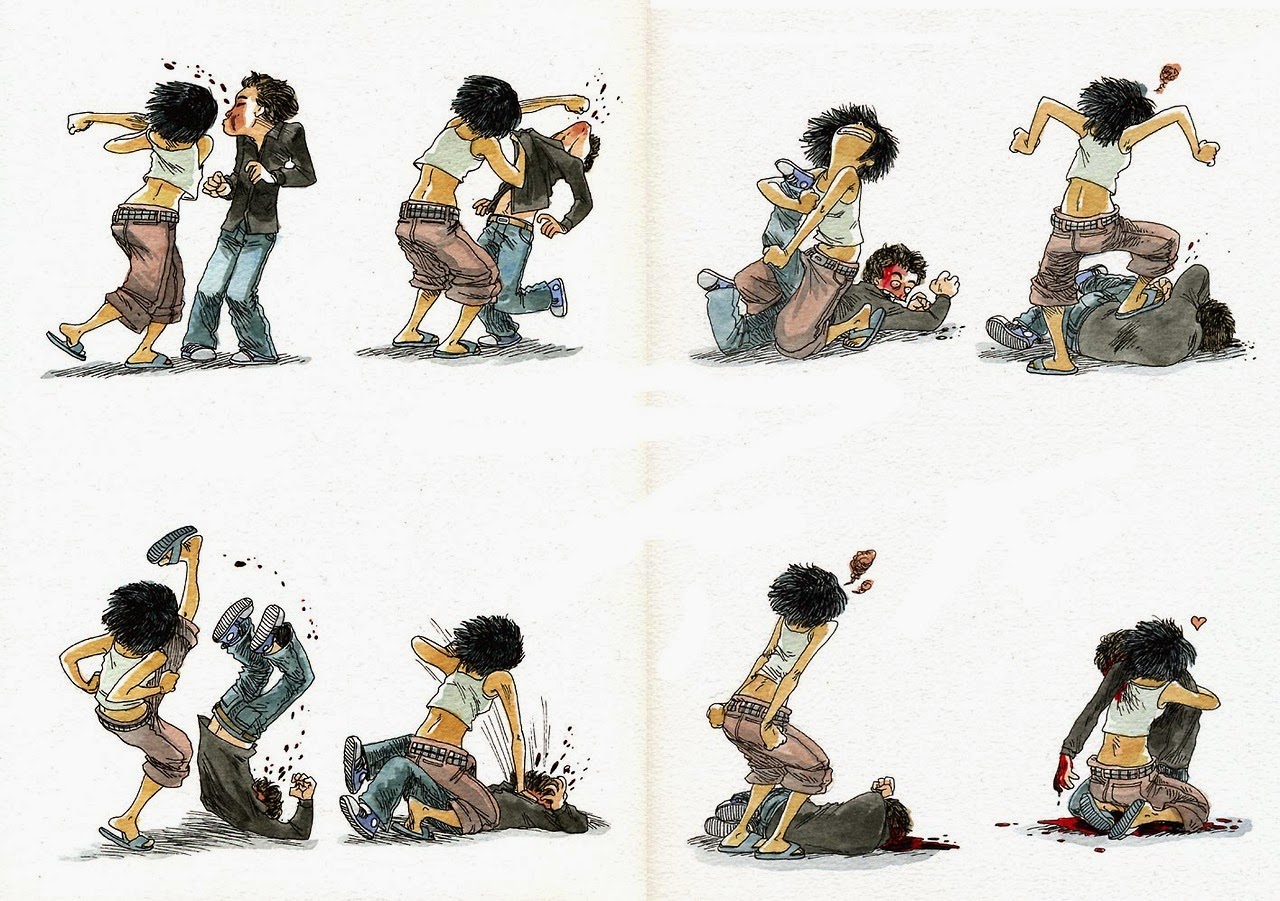 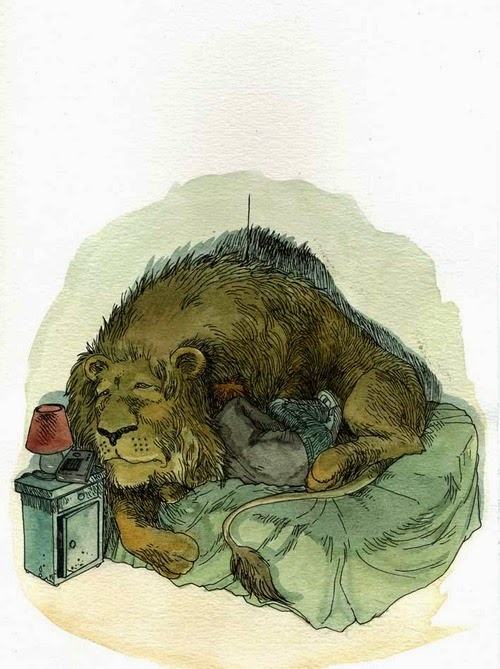 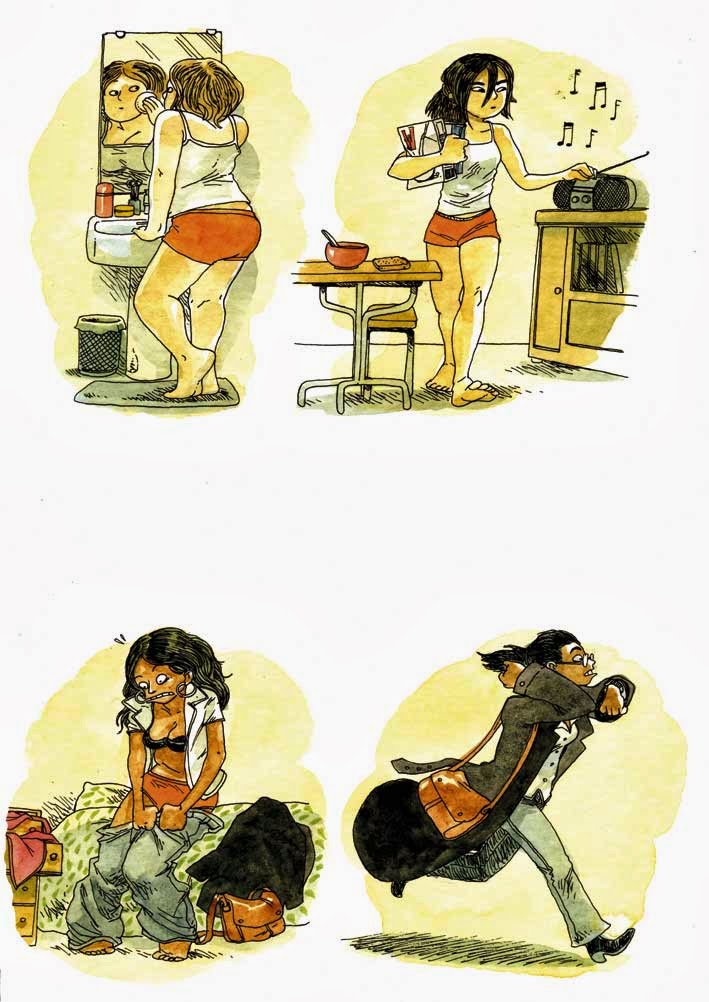 You can see all these, and a great deal more at Boulet's Tumblr blog.
Posted by Zainab at 11:22