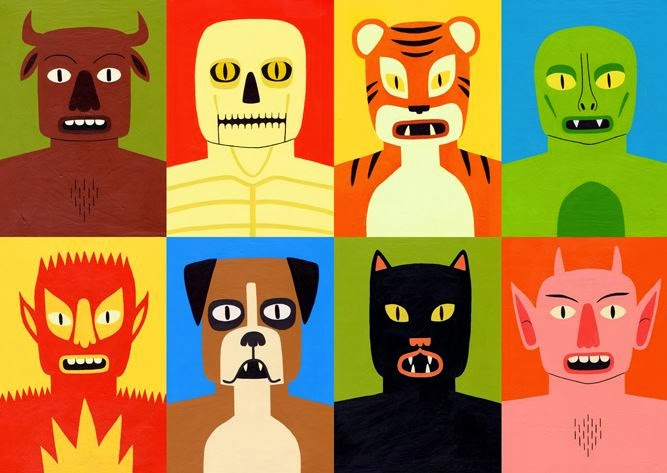 Wednesday. Comics Shelfie. This is what we do. Today it's the turn of Jack Teagle (Fight!), as he takes us on a whirlwind tour of his bookshelves and picks 3 of his favourite/most influential comics to talk about. Teagle's one of those comic artists who despite being young, has been a fixture on the UK comics and illustration scene for a while, injecting it with much needed fun and freshness, in terms of ideas and style. He takes inspiration from an obvious love of popular culture, its characters and facets: The Simpsons, Garfield, TMNT, etc., but his repertoire extends beyond that as a quick look at his portfolio shows. One of the things I  love about Teagle's after his open, easy-looking style is that it's always an uplifting experience, after everything else, which is a rare and undervalued quality in comics.

I should say, a long time ago (say, about 3 years) when I started getting into comics, I vowed never to begin buying or collecting toys and figures. Recently, that's started to change, as I've purchased a Tintin figure here, an Akira bike there, and looking at Teagle's very impressive collection hasn't helped: that ace Raphael, Godzilla and on and on- it's given me serious envy. Anyhow, without further ado, over to Jack: 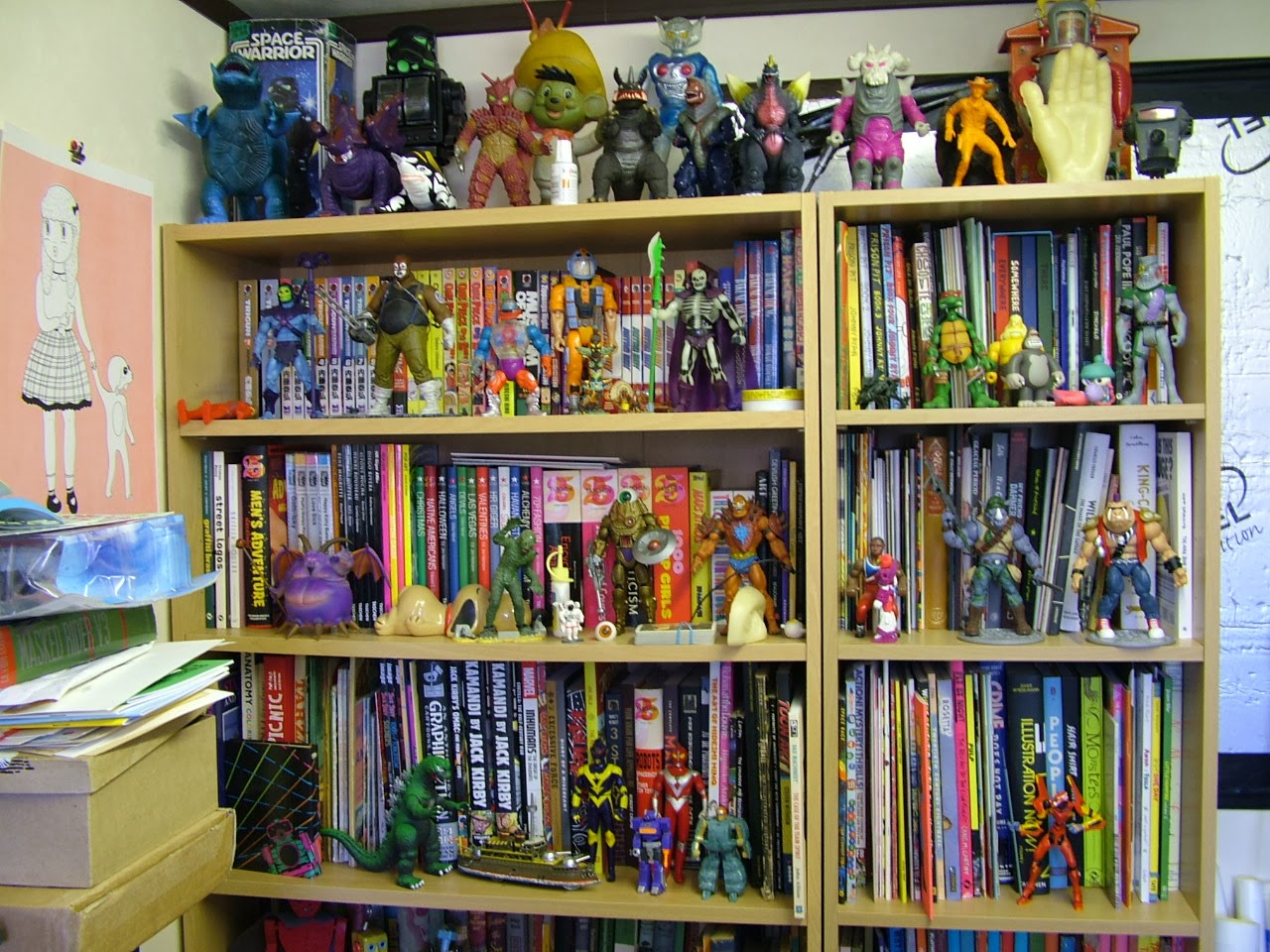 'These are the books in my studio. I try to make sure I keep a varied selection of different comics, reference material and books. I collect a lot of toys as well, mostly these days it's Japanese Soft Vinyl toys, but I've tried to stop buying quite so many.

I share some of these books with my girlfriend Donya Todd, so the studio is sort of like a little library for us. I've been reading comics seriously now for about 8 or so years, since I was about 19. I've always had comics since I was little, but never seriously read anything that wasn't the Beano or Sonic the Comic. I've never thrown anything away, so I have almost everything I own from childhood, and some of it has found it's way into my collection.

My family have given me comics to add to my collection too. My uncle and dad gave me their 2000AD and Deadline comics, and my Grandad gave me Marvel comics he picked up in the 60's. 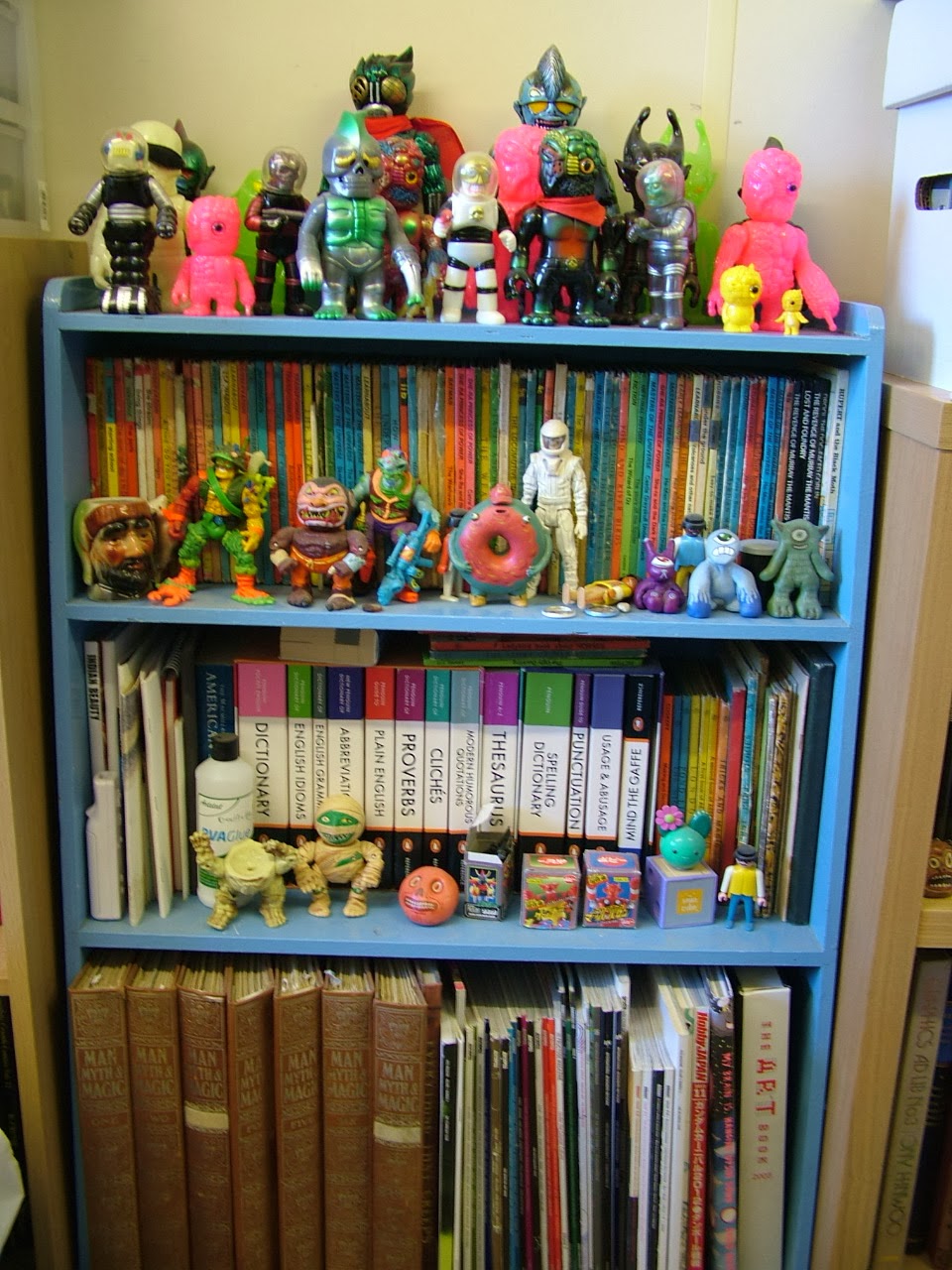 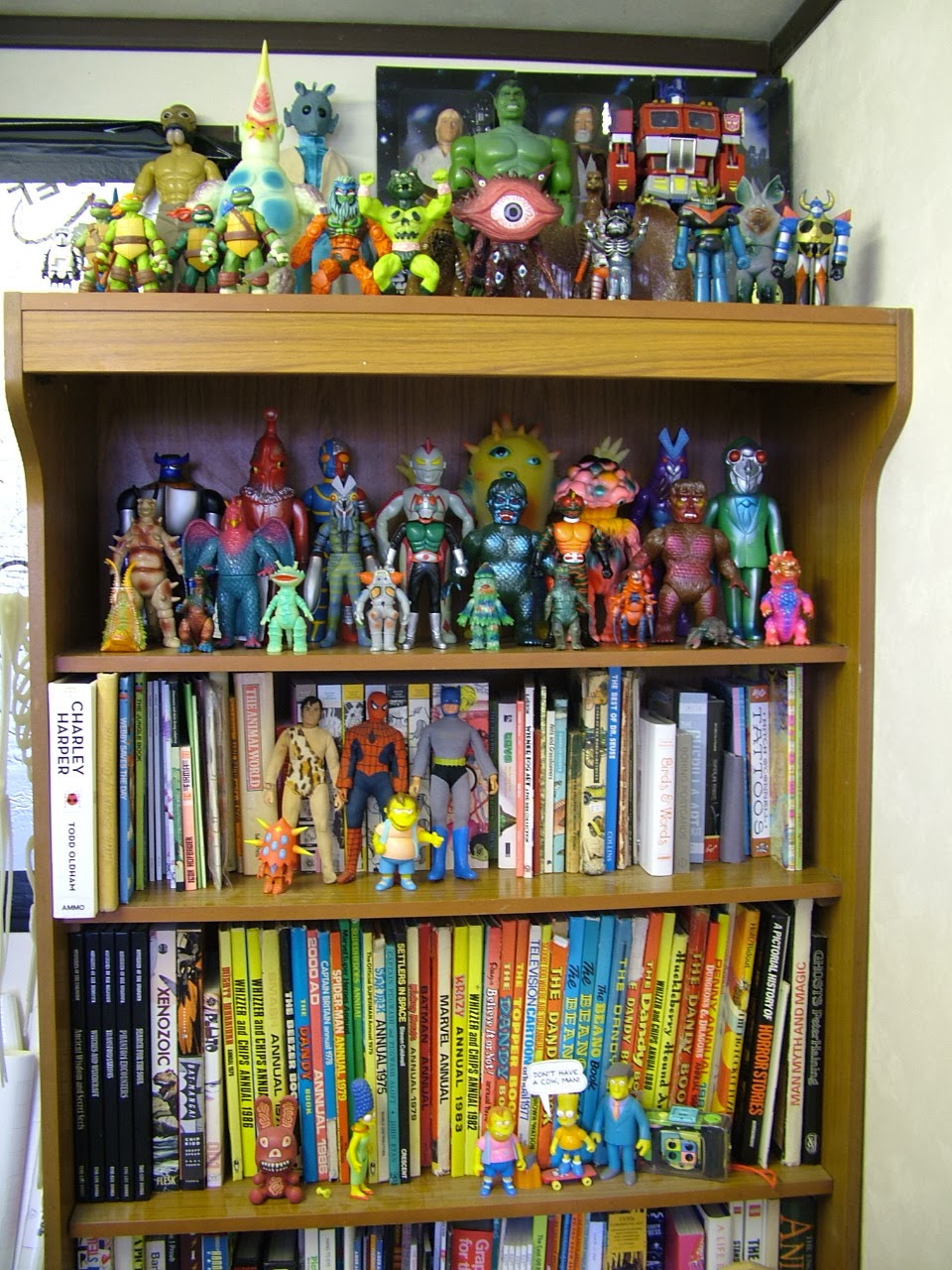 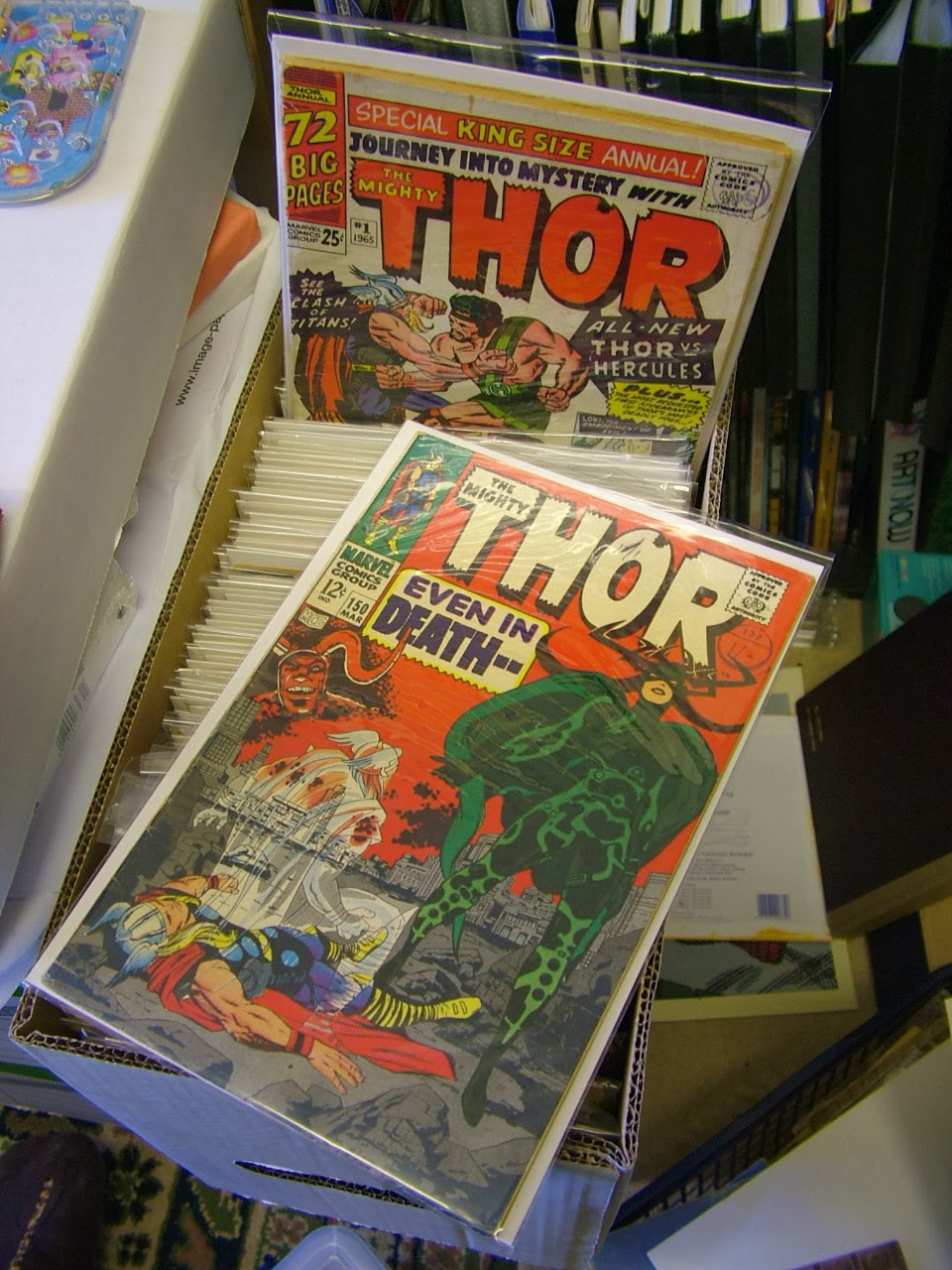 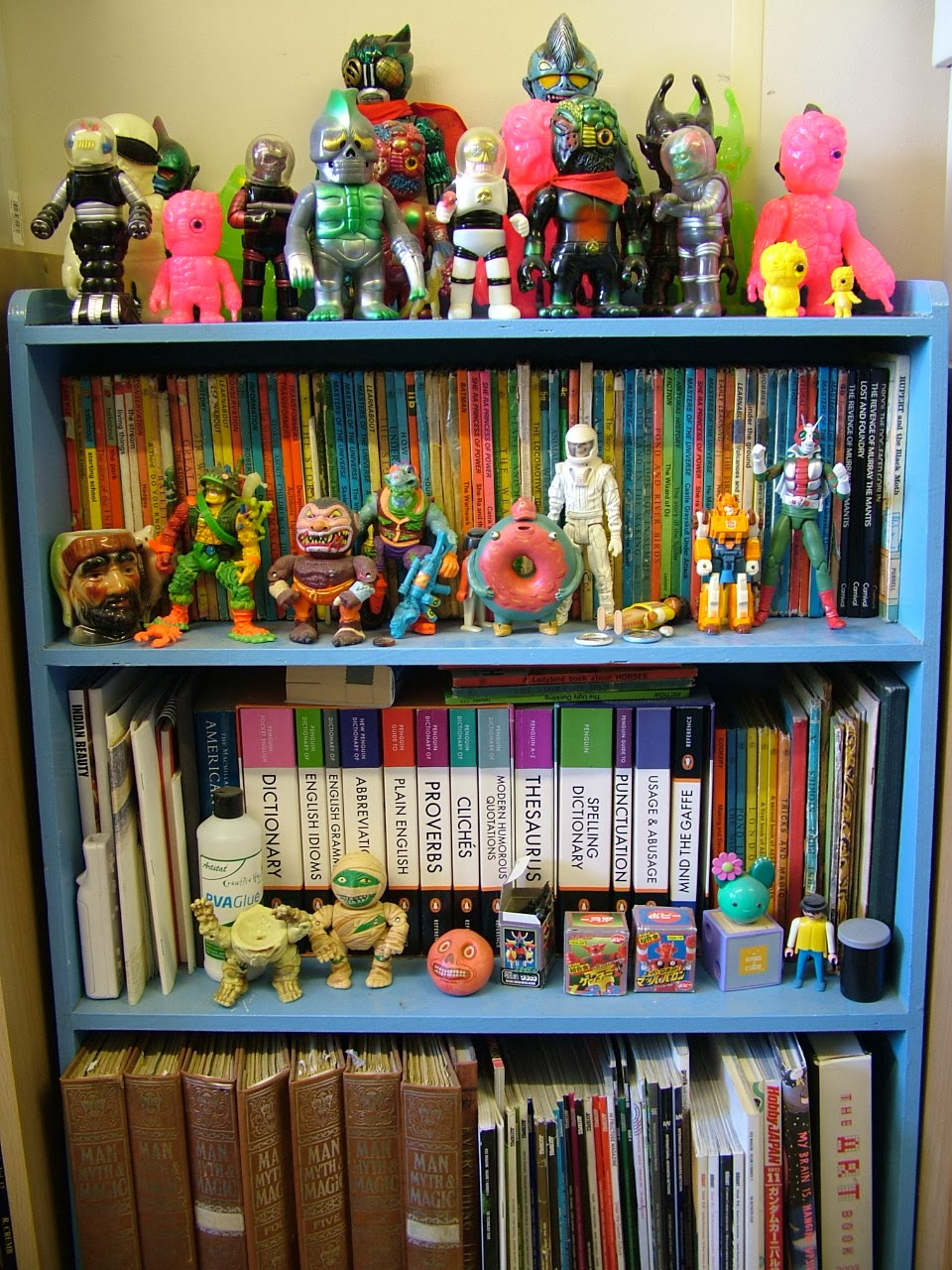 Bakune Young is absolutely insane. The artwork is absolutely fantastic, and I feel like at the time of it being made, it's ahead of it's time. Internal struggles, and thoughts become flesh, and the way the comic brings across the mind games in the story is amazing. It just feels so fresh and action packed, it's just a real feast for the eyes, and it draws inspiration from more traditional Japanese artwork, as well as the then current styles and themes. It's about a young man who takes a crime boss hostage, and for most of the story, people can't quite decide if he's a criminal mastermind, or a psychotic idiot. 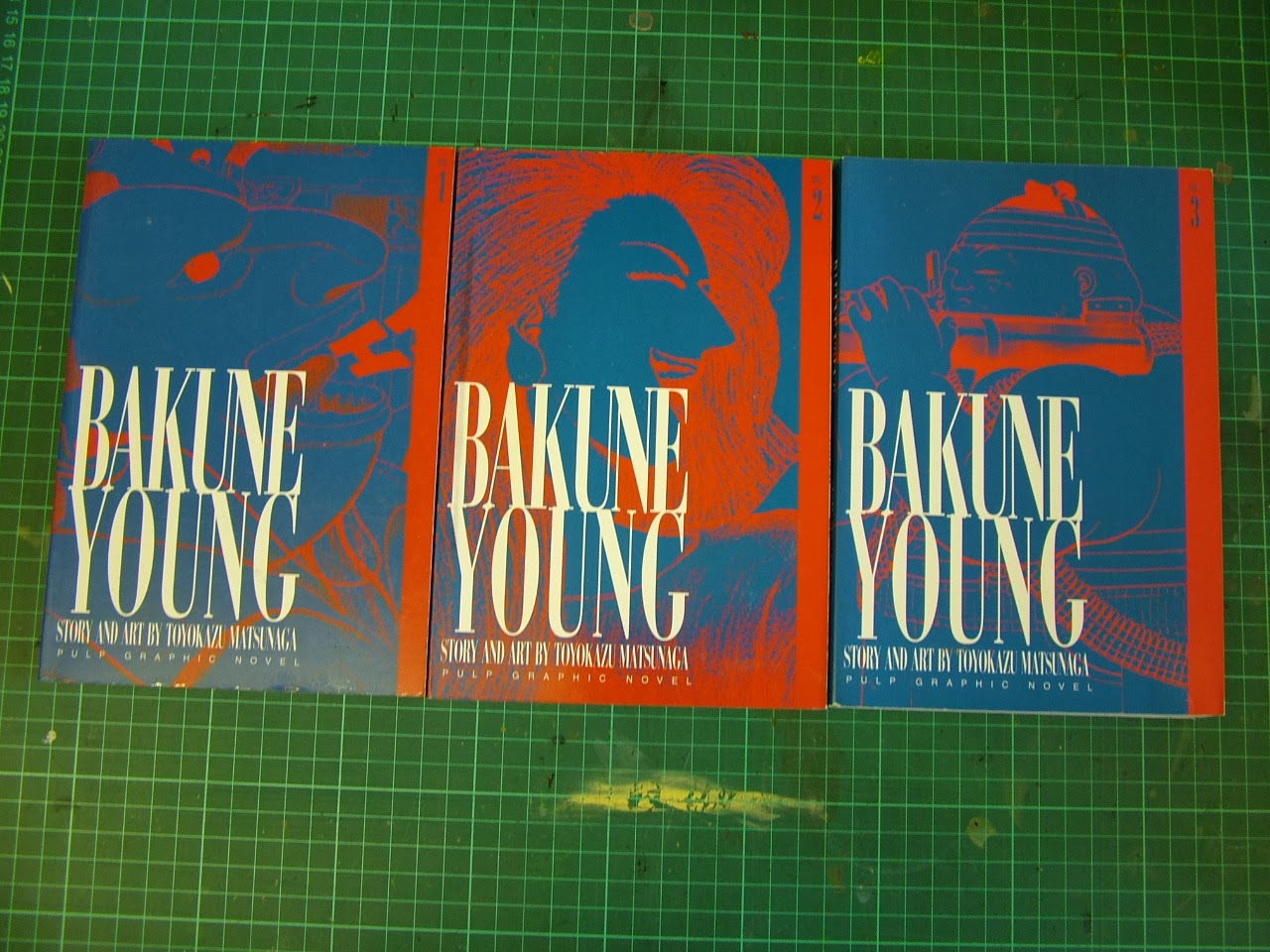 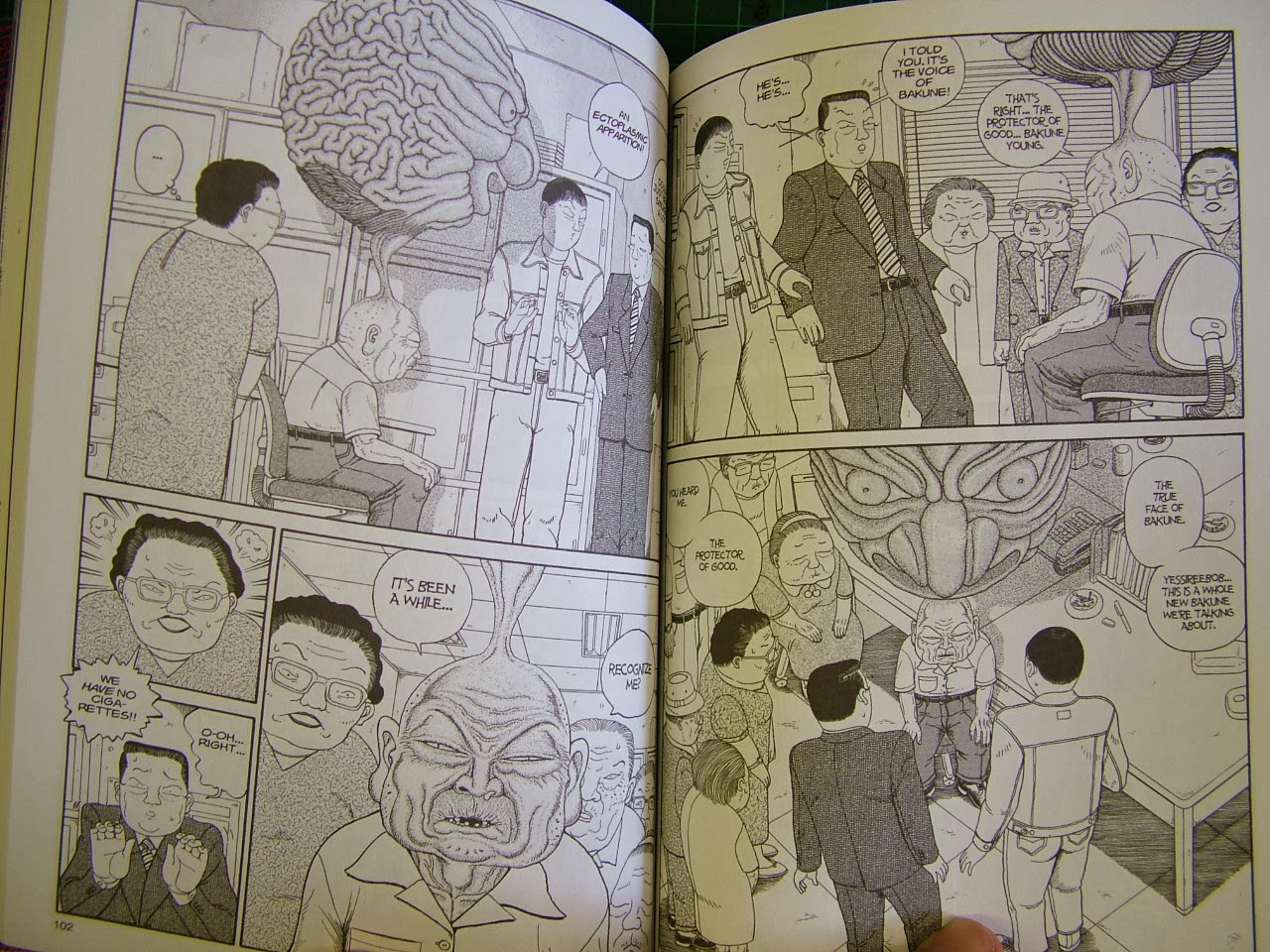 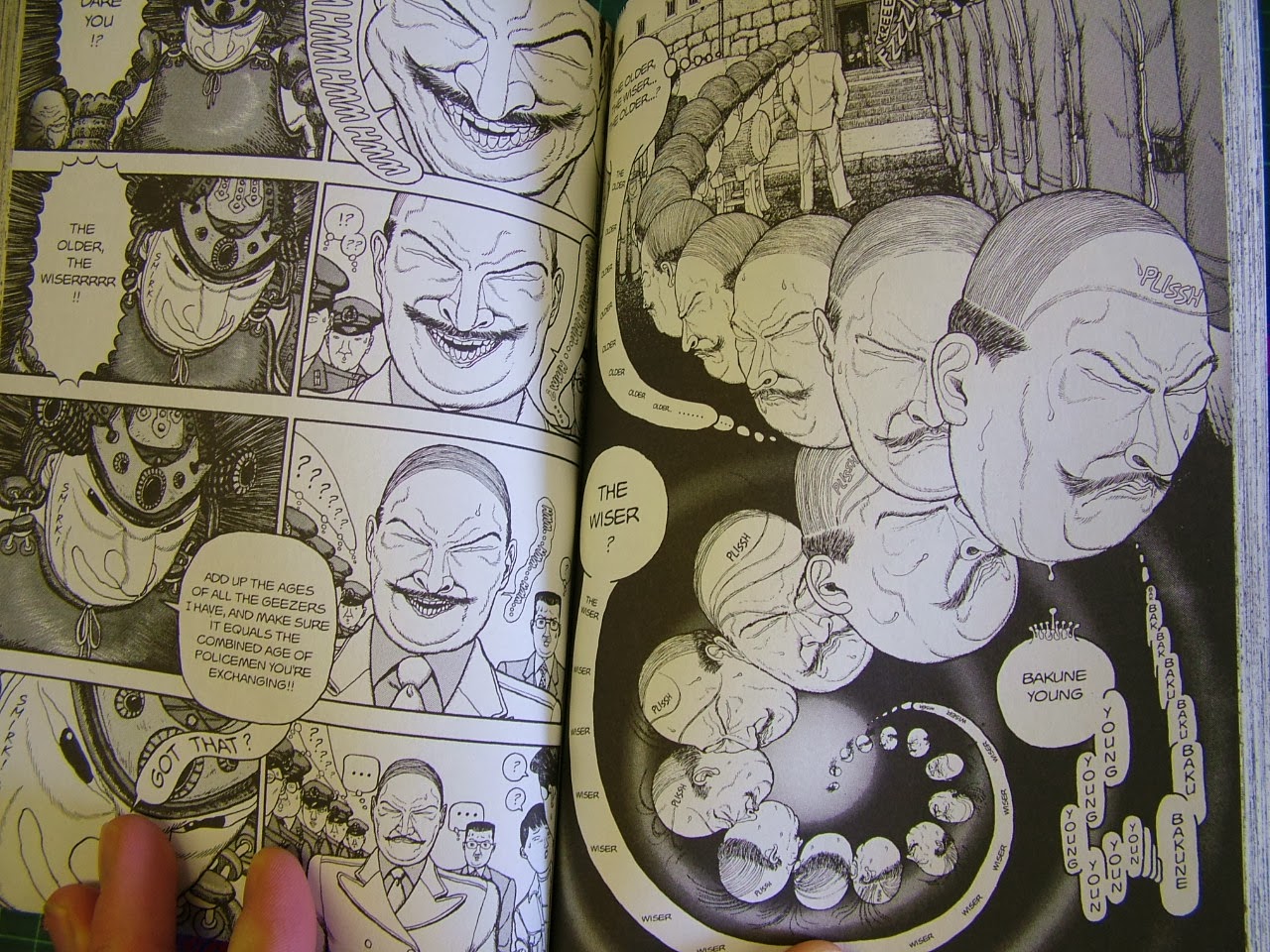 Jimbo: Adventures in Paradise by Gary Panter
I love how Gary Panter jumps from different styles to tell the story in this book, I think it really shows what a great artist he is when he can work in so many different methods. When you think about the time this was made in It has a huge amount of raw, punk energy. I can't see me ever getting bored of this book. There's just so much to take in, and when I read this book, I come away thinking there are so many different ways to solve visual problems. 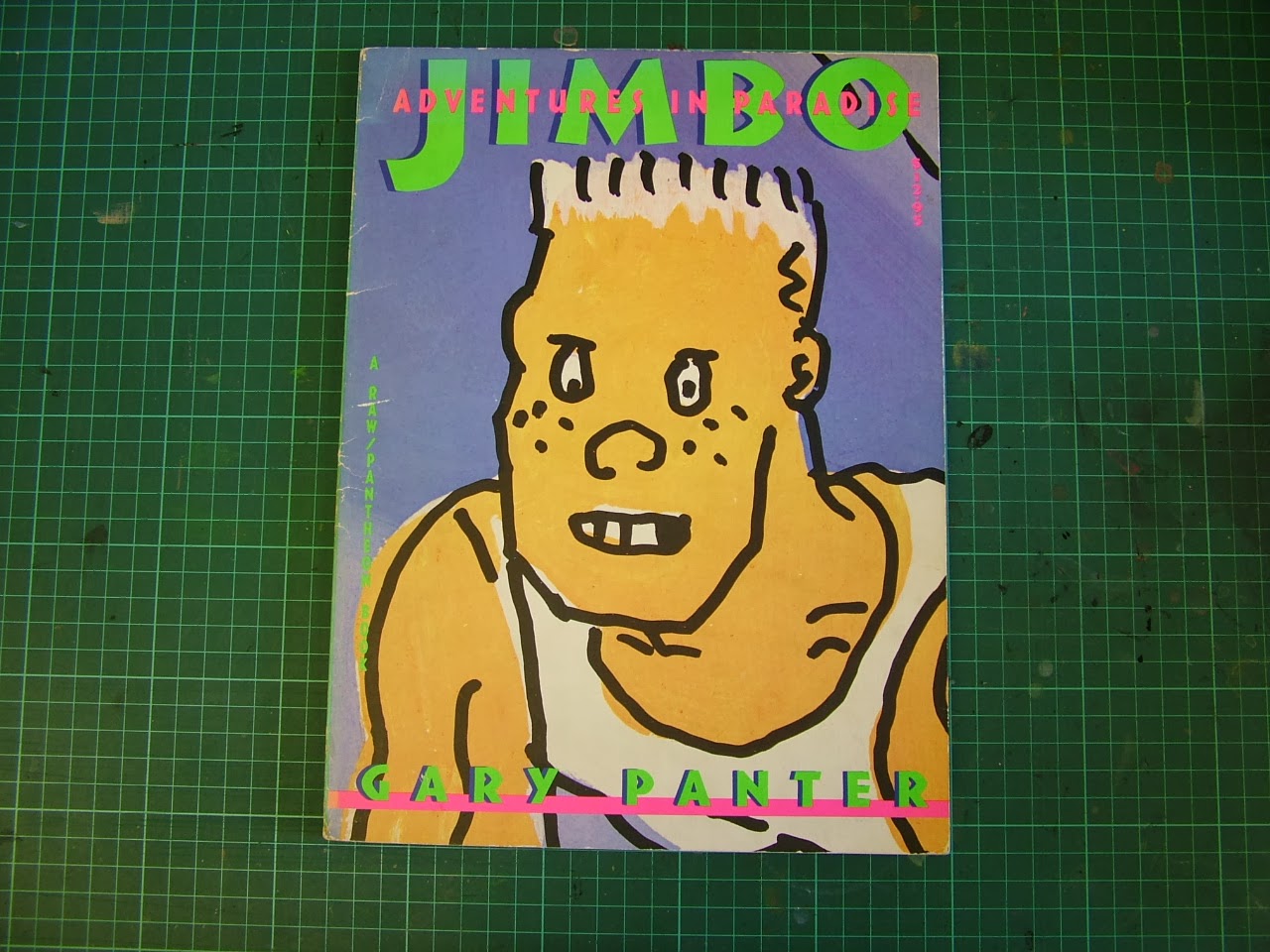 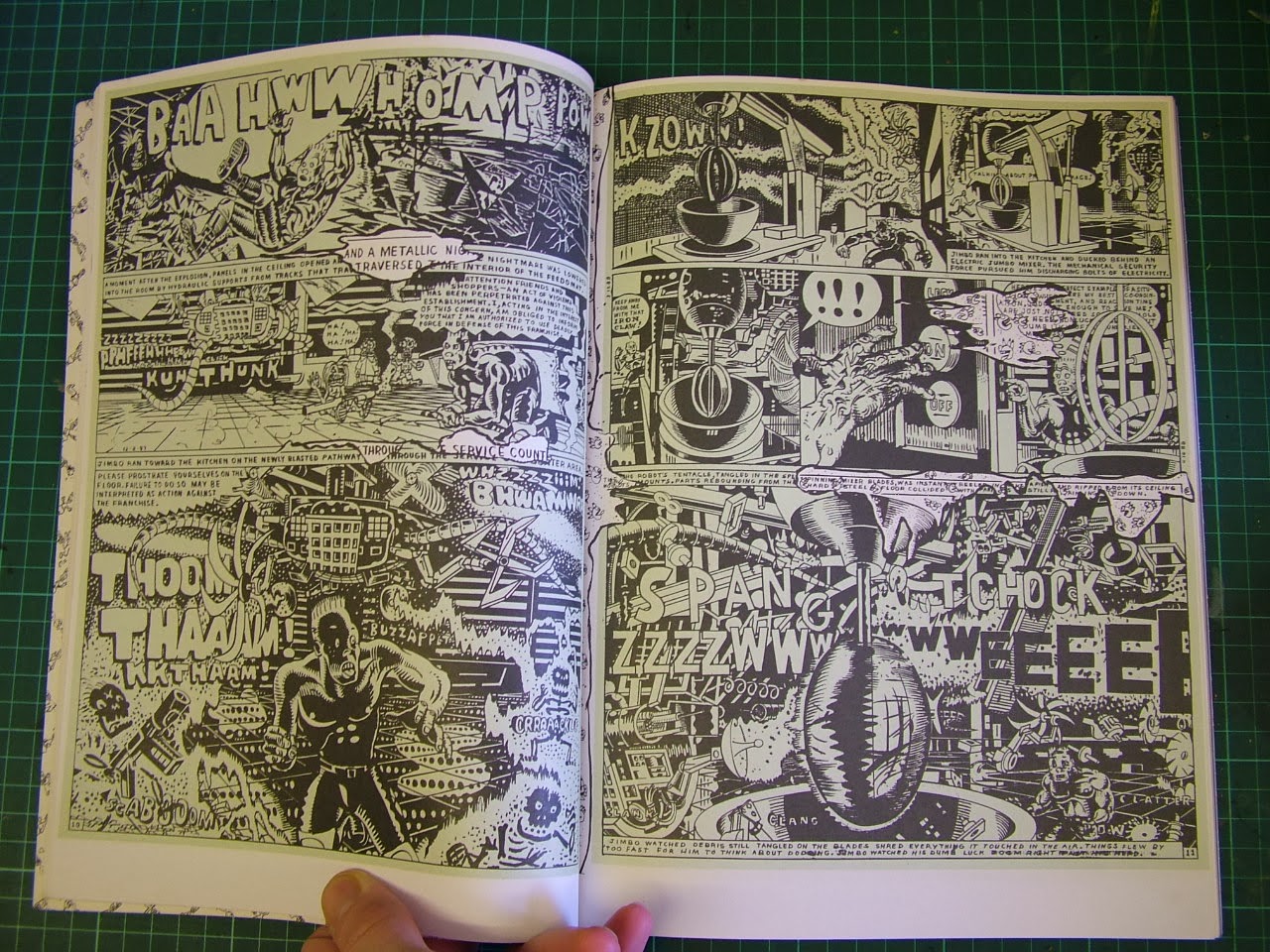 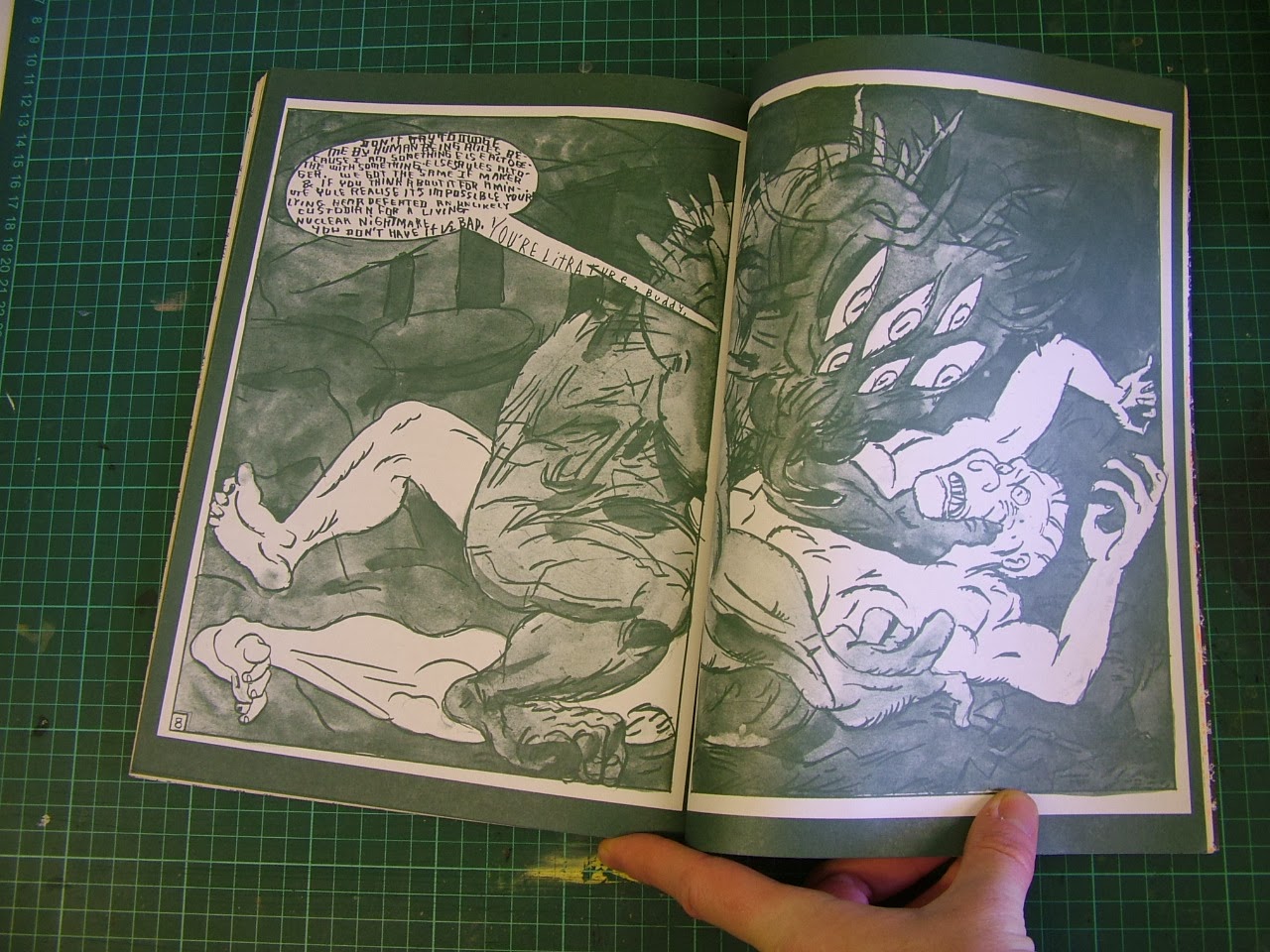 Kramers Ergot 6 by various
I owe a lot to this book. I came across it when I was a young art student, and it opened up a whole new world of amazing comic creators to me. It really opened my mind up to what the medium could accomplish. It introduced me to the work of CF, Vanessa Davis and Matthew Furber, as well as shining a light on amazing, long forgotten work like Mark Smeets and Suiho Tagawa.' 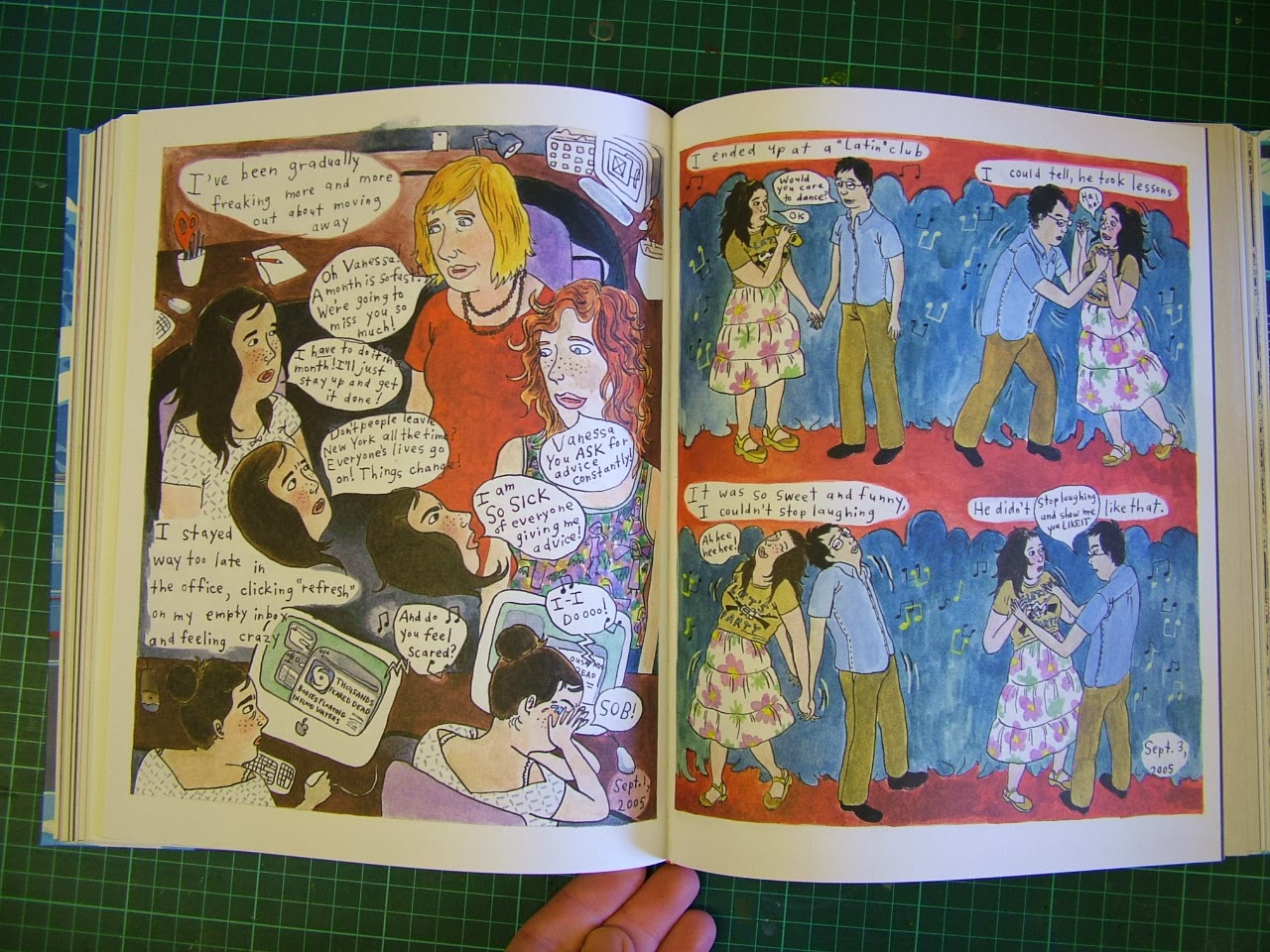 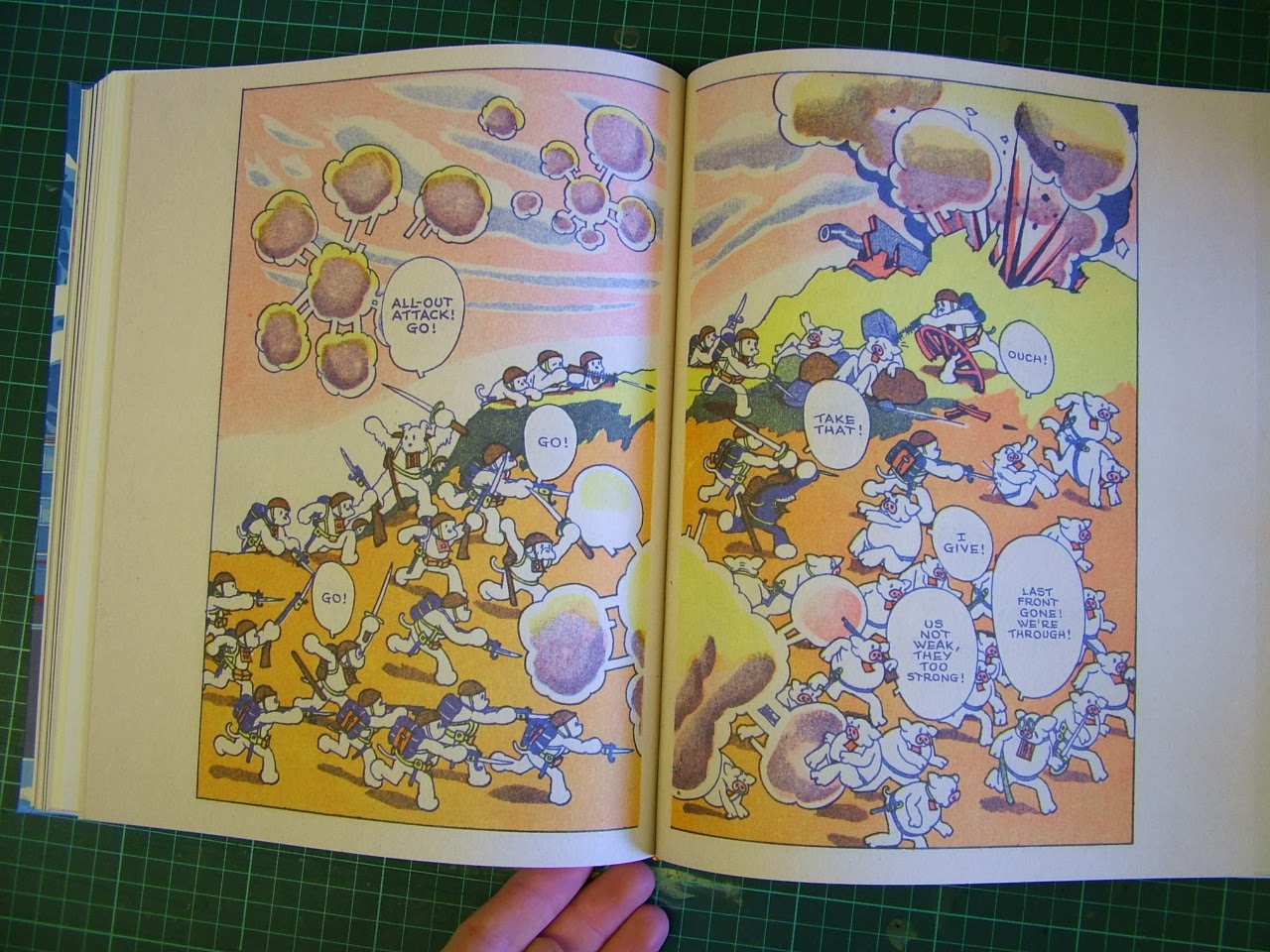 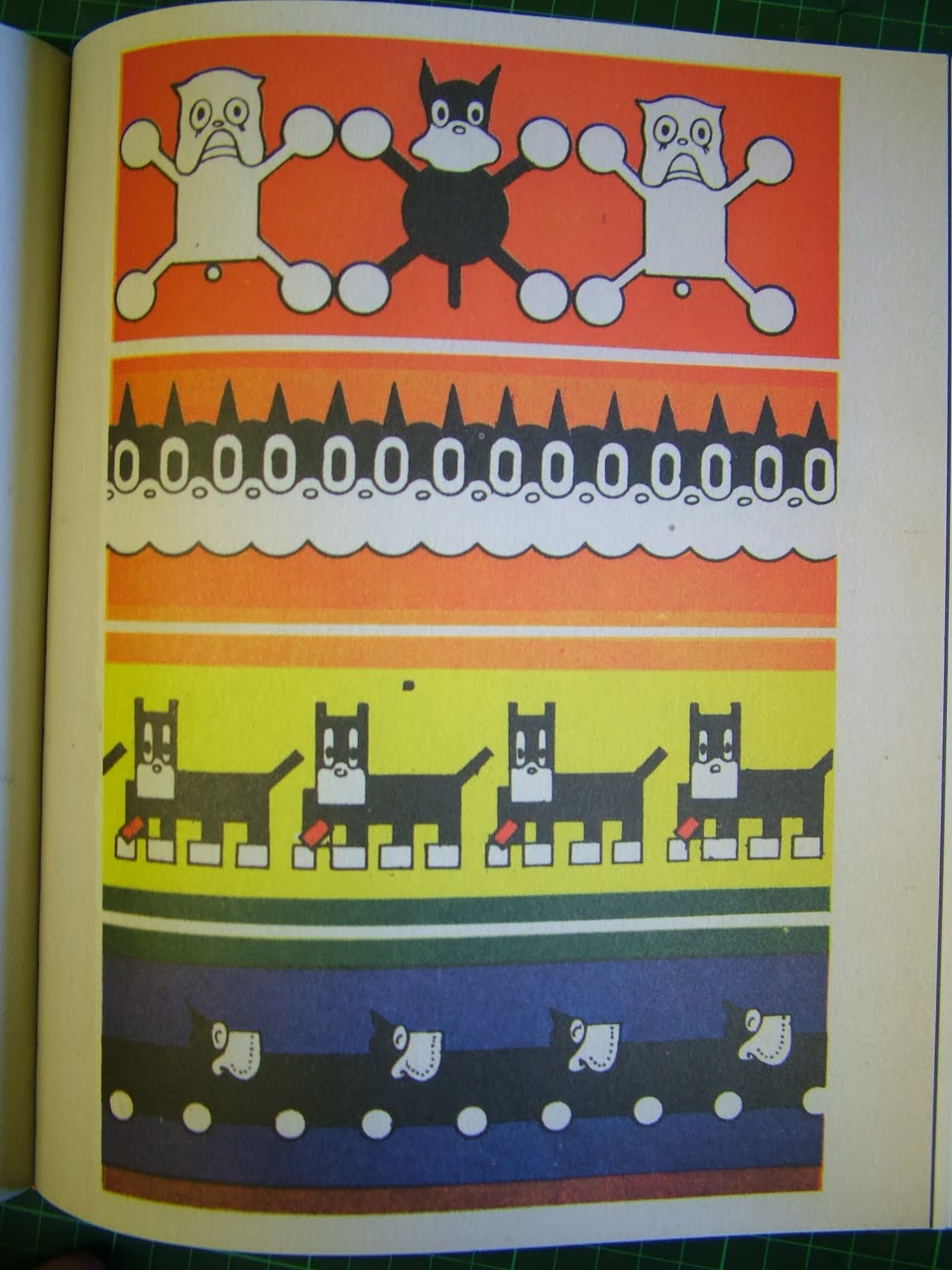 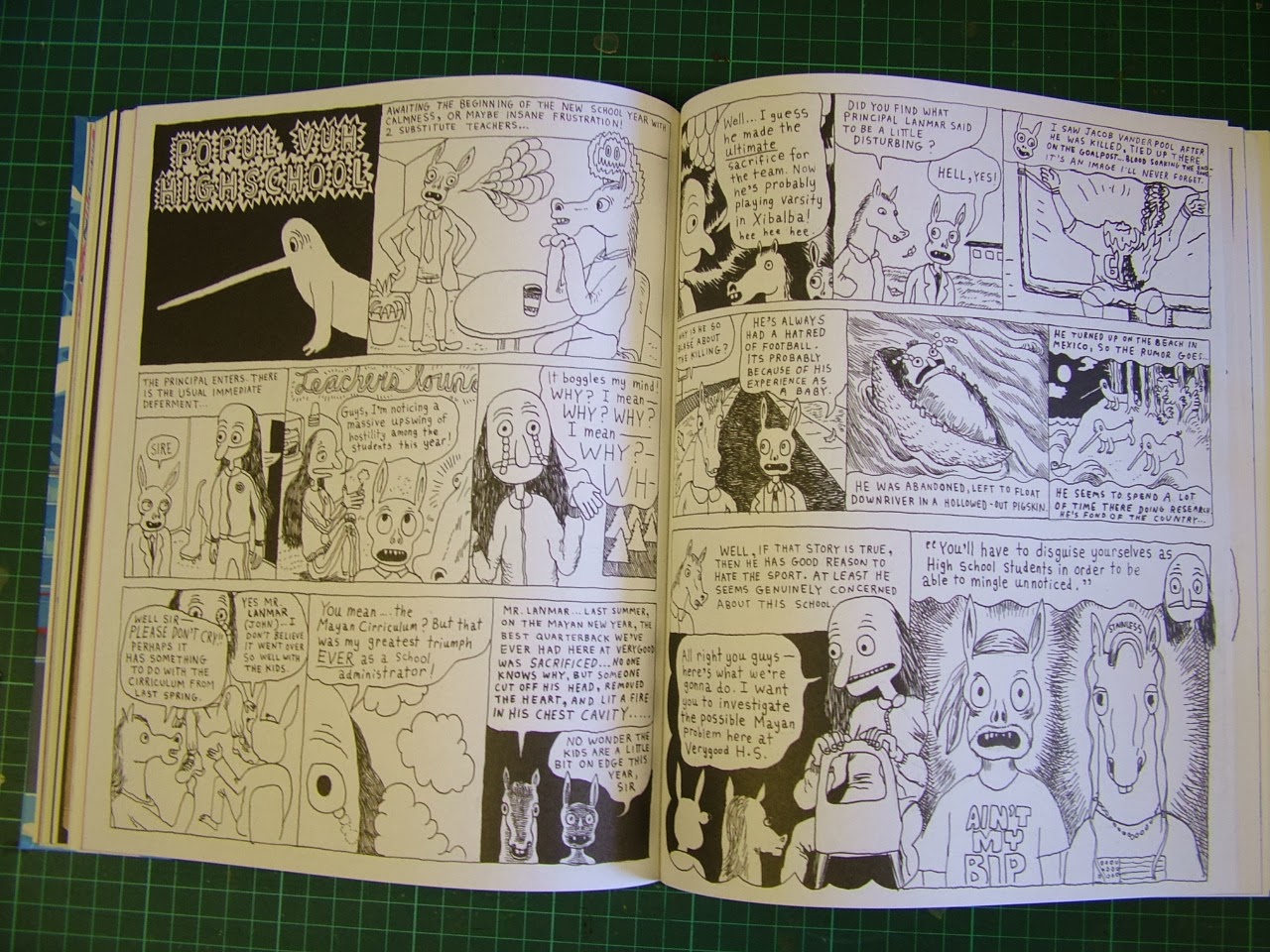 Many thanks to Jack for participating. You can view all the previous installments of Comics Shelfie here. Remember to stop by on the 26th for the next installment.
Posted by Zainab at 09:30