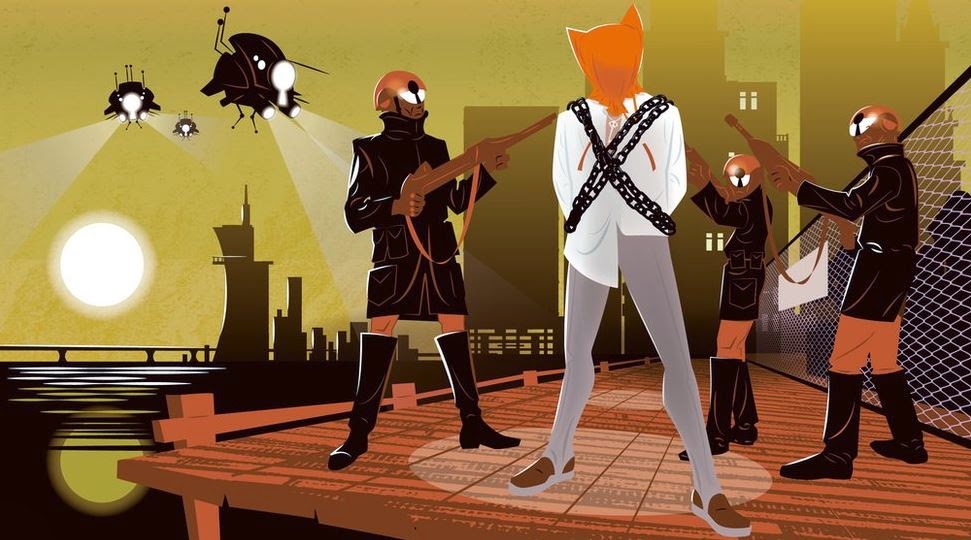 A bit of a treat over at the BBC Magazine this Monday morning, by way of a beautiful, free to read, new comic by Grant Morrison and Rian Hughes. Titled 'The Key,' the comic has been produced by Hughes and Morrison for the BBC as part of their freedom2014 season, investigating what freedom means in the modern world, and is entirely wordless. That choice fits in with the themes the artists are exploring in The Key, a dystopian and highly controlled future society, where any facet of individuality is forbidden. People wear collars with locks around their necks, and the rigid ruling state (drones are shown on the skyline, hovering ominously, there's a presence of armed soldiers) is intent on making each and every key for these exactly the same- so that one key could essentially be used for all, with no difference between person to person.

There's a brief interview with Morrison and Hughes where they talk more about the ideas and process of making The Key. 'What I love about comics is they way they allow you to talk about big ideas like freedom, meaning, what we're all here for and why,' says Morrison. [In The Key] It's a totalitarian state where freedom isn't exactly top of the list. We have a rebel who wears a key around his neck [instead of a lock collar]. His key represents his own individual expression. With the state seeming to execute this character for dissent, many people realise they have keys of their own. It triggers a landslide and people start to act,' he explains. 'The quest for freedom and self-expression is a perennial story, it's always current in one way or another, says Hughes, 'There's always somewhere in the world where someone is trying to control others' expression.'

It's a succinct little comic, gorgeously stylised by Hughes, as ever, with the one panel scroll making it simple to follow. There seems to be have been a discernible increase in the use of comics as reportage in inventive ways- most noticeably in The Guardian and BBC News magazine- and both online, which is really pleasing to see, and an interesting development. This is the first time I've seen such well-regarded and popular comic creators produce a comic, however. I wonder if anyone has tried pitching comic journalism features to either publication, and how responsive they would be.

You can read The Key here, and the interview with Morrison and Hughes here. 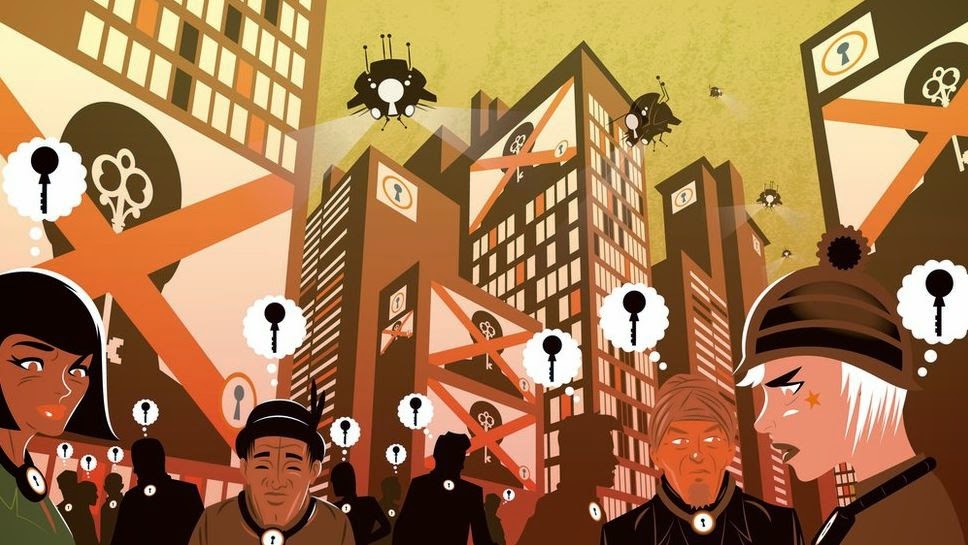 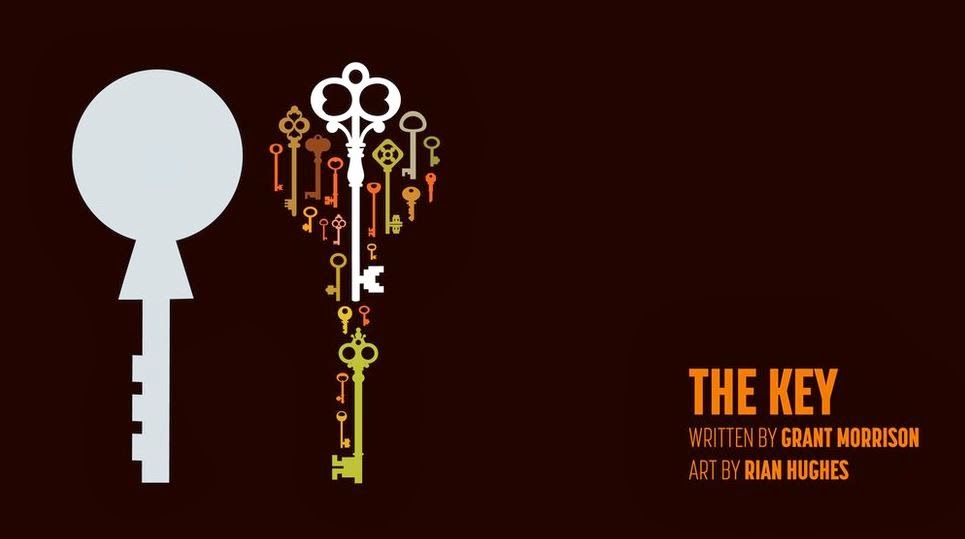