The Lakes International Comic Art Festival has quietly and steadily been announcing guests and other tidbits of news over the past few weeks, adding  Jeff Smith, Scott McCloud and Gail Simone to the roster, along with a host of the UK's finest comic creators, including Warwick Johnson-Cadwell, Fumio Obata, Joe Decie, Dan Berry, Kristyna Baczynski,  Jack Teagle, Jock, Sean Phillips, Bryan and Mary Talbot and Sarah McIntyre. On Wednesday, the festival revealed two more major names scheduled to attend: Junko Mizuno and Joost Swarte. Mizuno is a highly regarded and popular Japanese artist best known for her beautiful intricate drawings and comics, usually depicting rather horrific and subversive images, although often empowering female characters, as seen in her re-tellings of fairy tales such as Hansel and Gretel and Princess Mermaid. Swarte is a renowned Dutch cartoonist in more traditional European vein, illustrating in the ligne claire style.

I think both those artists are names people will especially travel to see, and ones that really speak to the international and diverse scope the Lakes event is hoping to harness; the festival has continually emphasised its aim to emulate European comic festivals, through the creation of an ‘en fete’ atmosphere, and encompassing the whole town as part of the festival, rather like Angouleme. After its inaugural event last year, the hope for 2014 is to widen the range of talks, hold special live drawing events, workshops, films, exhibitions, and have a kids’ zone. Some of the events, such as the exhibitions and the kids’ zone, will also be free.


It had also introduced its very own mascots, courtesy of comics artist and illustrator, Jonathan Edwards, in a bid to further embed the event with a unique, distinct identity, and to provide audiences and attendees with a point of association and recognition. The characters can currently be seen gracing the festival poster, with festival director Julie Tait promising they will make a number of appearances over the duration of the event, in unexpected ways.

'The characters started life as a request from Julie Tait to create a single mascot,' said Edwards, who will also be a guest at the festival, 'But the more we talked about it, the more I realised that one character couldn’t really sum up the entire Festival. So from one it increased to four… then six – then eight! Design-wise I’ve used a colour scheme suggested by the Lakes logo. Red, black and white – and stuck to the classic Matt Groening advice of giving each character a distinctive silhouette. You’ll be able to spot any of these across a crowded room!'

It was great to see the enthusiastic response to the festival last year, and the continued efforts to make this year's event even better, and offer something a little different and fresh on the convention circuit. I know many venues around Kendal are already fully booked, with people already marking it down as a date to set aside and attend, and I would think there are yet a number of announcements remaining.

You can visit the Lakes Comic Art Festival here. 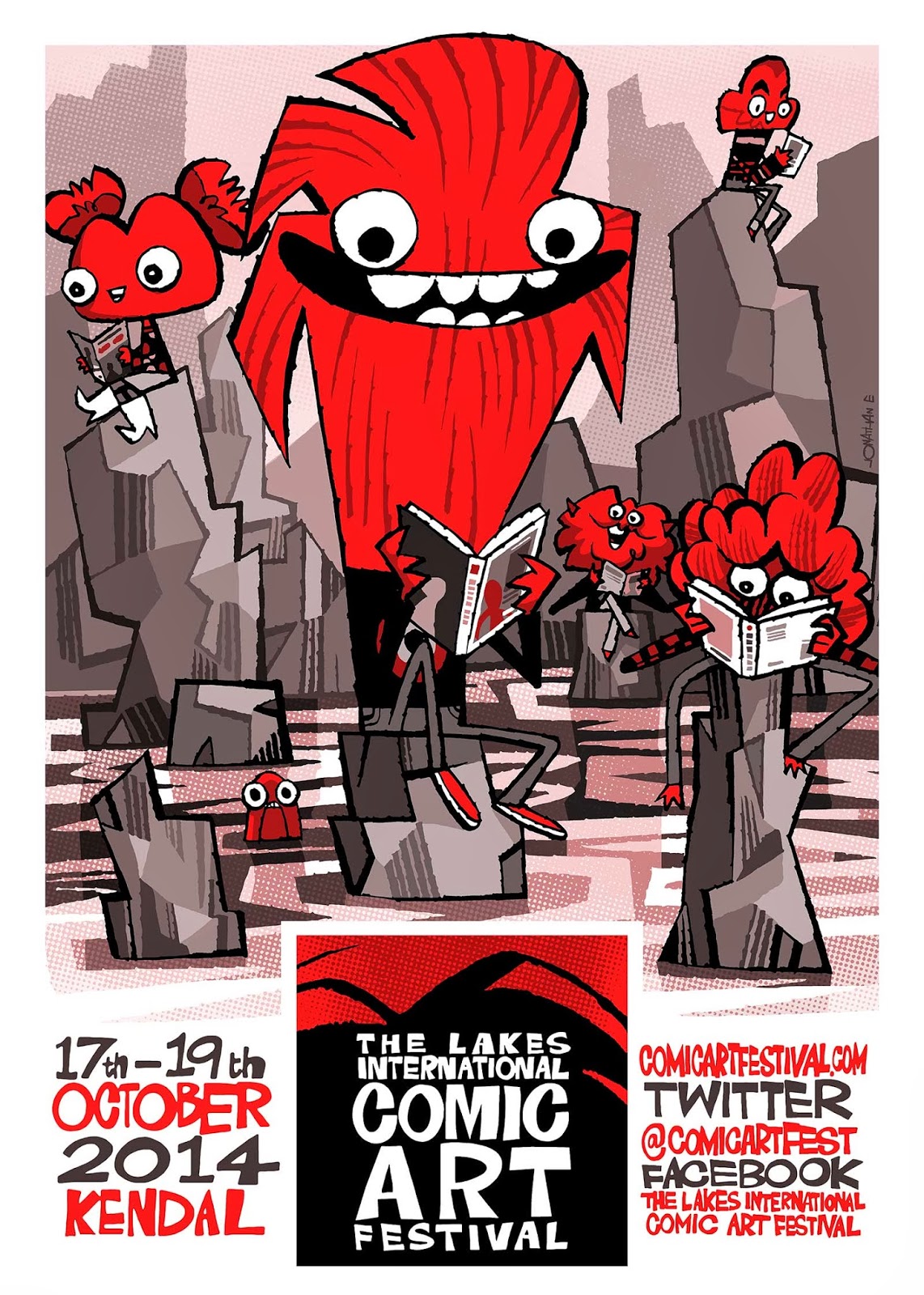 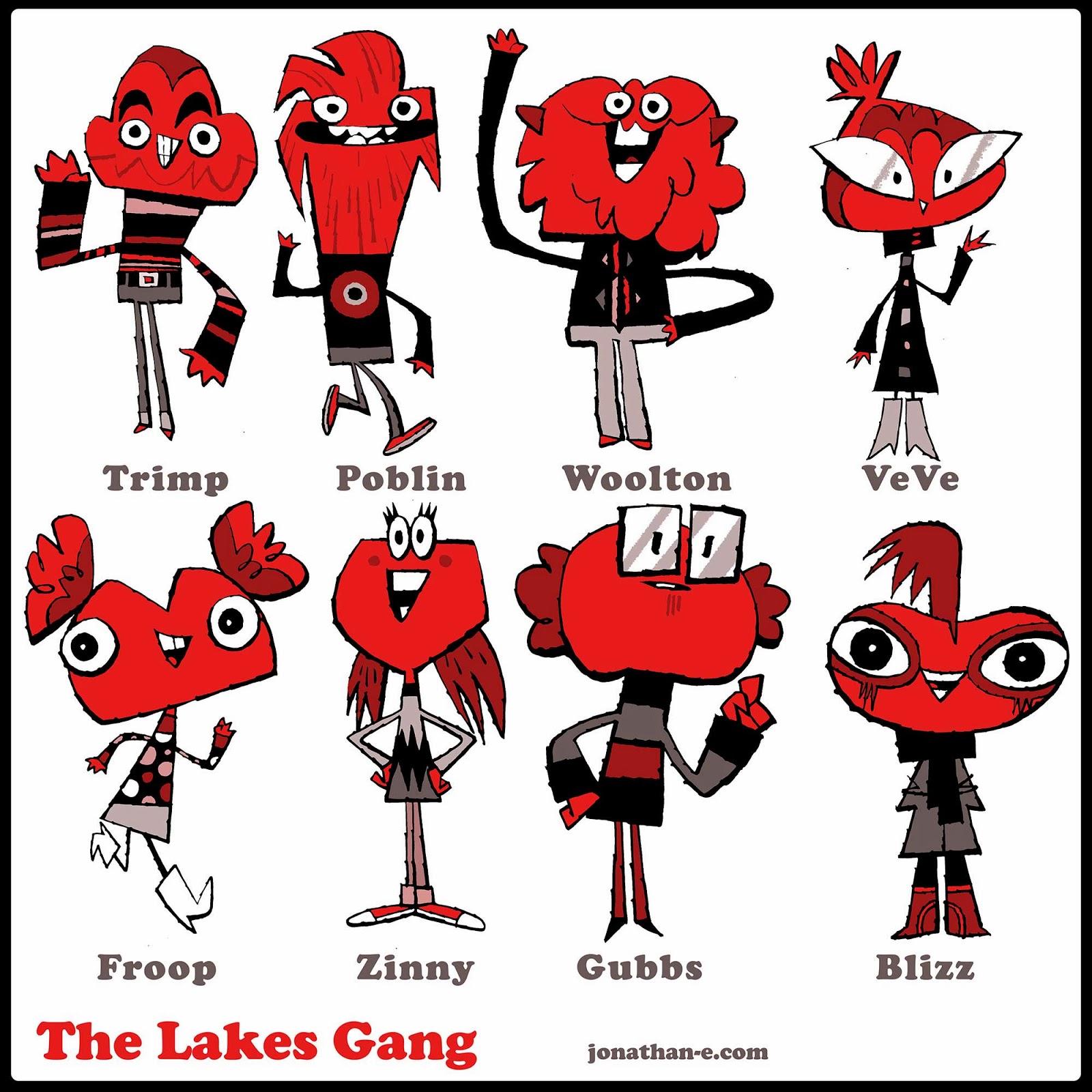