Hello and welcome to another riveting installment of 'comics wot I'm reading currently' (official trademarked title). I have a ton of stuff to read, but some books make it to the top of the pile and these are those. 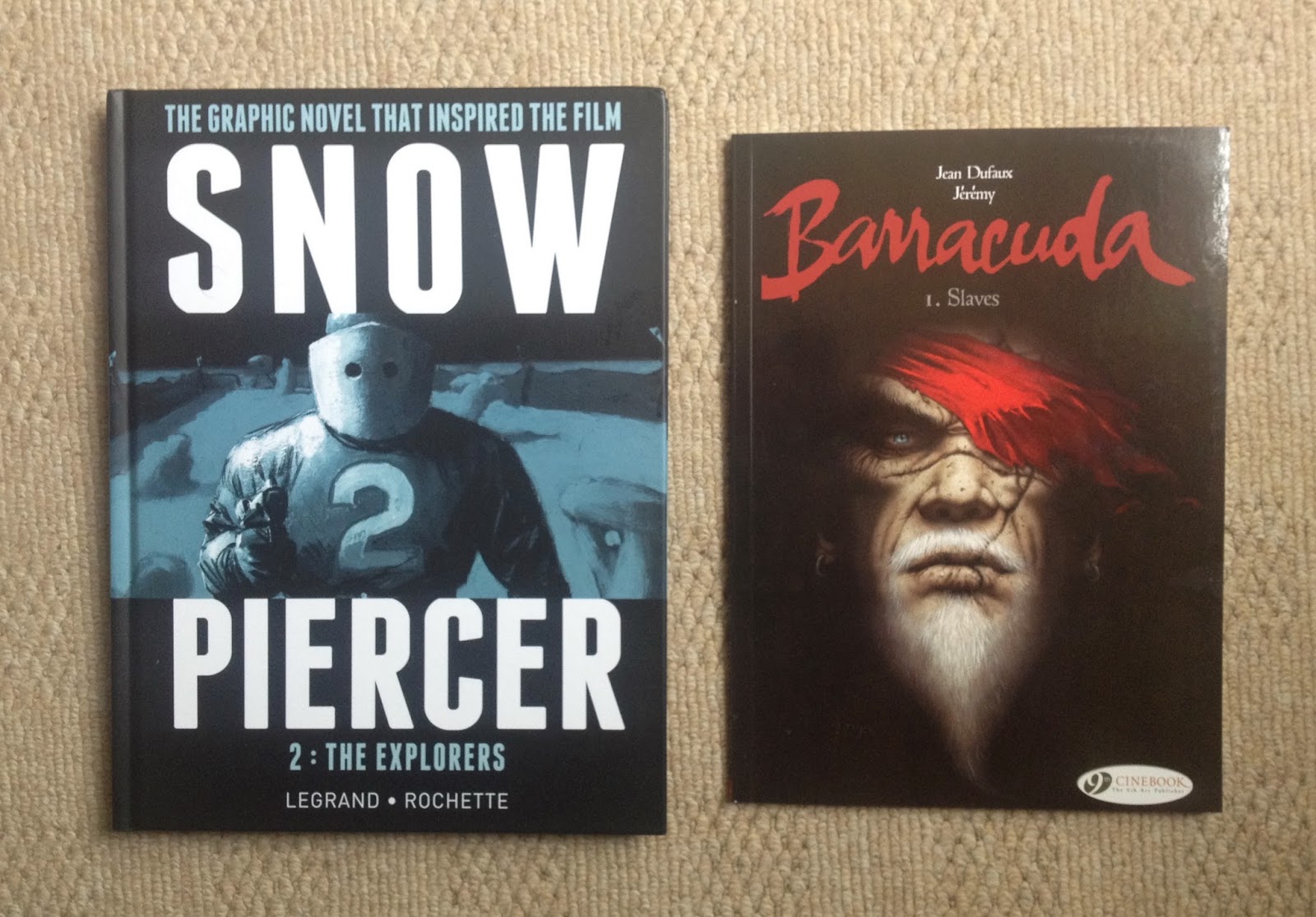 Snowpiercer 2: The Explorers by Benjamin Legrand and Jean-Marc Rochette (Titan Books), Barracuda 1: Slaves by Jean Dufaux and Jérémy (Cinebook): Despite Lob and Rochette's original Snowpiercer not living up to its cult classic status, my curiosity took over and I picked up the second volume, ostensibly a sequel (published in 2 volumes in French, both of which are collected here), this time penned by Benjamin Legrand with Rochette taking up art duties once more. While Lob's story is self-sustaining/standing, it offered the reader an ending that could be interpreted in not one, but two, fatalistic ways (a man after my own heart). I must admit I thought Legrand would pick up one of those strands and continue from there, but his premise is that there has been another train running on the track all along and trying to avoid crashing into the Snowpiercer itself (the basis of Snowpiercer is that it is a vast train perpetually in motion, and inhabited by the remaining vestiges of humanity after some type of nuclear/environmental attack renders the Earth pretty much inhabitable). I'm guessing this tale sets up an inevitable meeting. I am unsure how I feel about this- mostly : huh. But I'll get back to you.

I was talking at Oliver on Saturday on how I want to come up with my own names and categories for which to bunch types of art styles under- when I'm discussing art in comics I talk about it of itself, but I think that would be a useful thing, for study and historical purposes at the least. There would, of course, be nuances and derivations and amalgamations and more, but I'm not aware of names for styles, apart from ligne claire. A good portion of the European books Cinebook put out in English, for example, are drawn in that traditional, painted illustration style- studied, realistic renderings, as seen in the page below on the left, from Xavier Dorison and Mathieu Lauffray's blindingly brilliant Long John Silver series (I am writing a long piece on that, but for the love of God, read it). Barracuda's illustrations blend that style with a more modern, vibrant colouring, and a slightly clearer, more veering towards cartoony line (page on right). I don't know if it's Oliver's (positive) influence, but I'm now in a place where I can make a list of superb pirate comics. They'd be great comics anyhow, but they would feature pirates. I am unsure how I feel about this too. 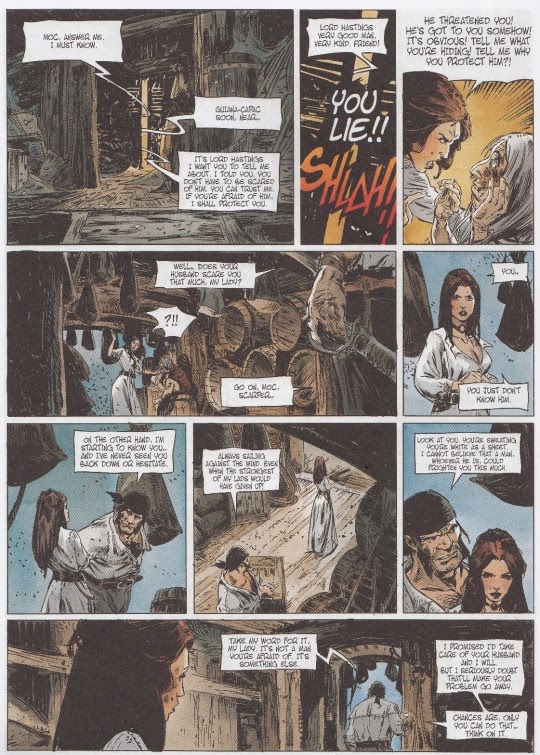 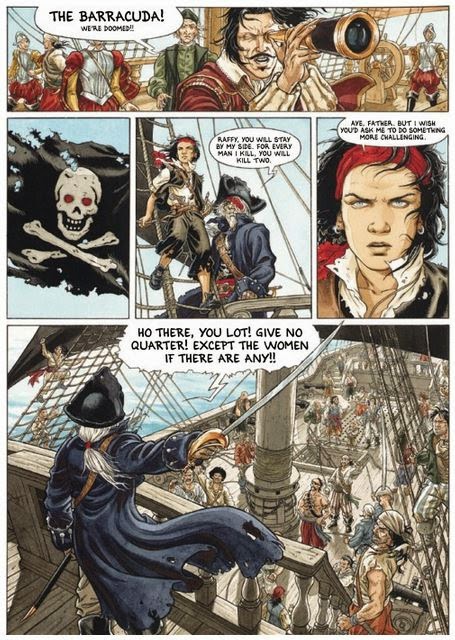 47 Ronin by Stan Sakai and Mike Richardson (Dark Horse), Usagi Yojimbo 1 by Stan Sakai (Fantagraphics): I am listening to Creedance Clearwater Revival singing Someday Never Comes as I write this and while one of the aspects of life is it seemingly unending unknowability, it is that aspect of comics I love and appreciate: that there is always so much more to discover and read and learn. Stan Sakai, in this instance (amongst other things), is the multi-award winning author of the highly acclaimed 28 volume Usagi Yojimbo series- a comic that began publication 3 years before I was born and continues to this day, and yet I'm to read a single thing by him. We just got copies of the first volume back in stock, so I nabbed one. Coincidentally, Sakai's retelling of the classic 47 Ronin tale, released as a mini-series over 2012-13 from Dark Horse, was also published as a very handsome collection for the first time this month: spot gloss, textured cover, full-colour- very much looking forward to reading that. I've read most of the Usagi book and it's good, but not beyond that yet for me. It's timeless though, in no way does it read as something quarter of a century old. I'm guessing much of the praise it garners is down to that and Sakai's ability to maintain that level of consistent goodness over a 25 bloody years. 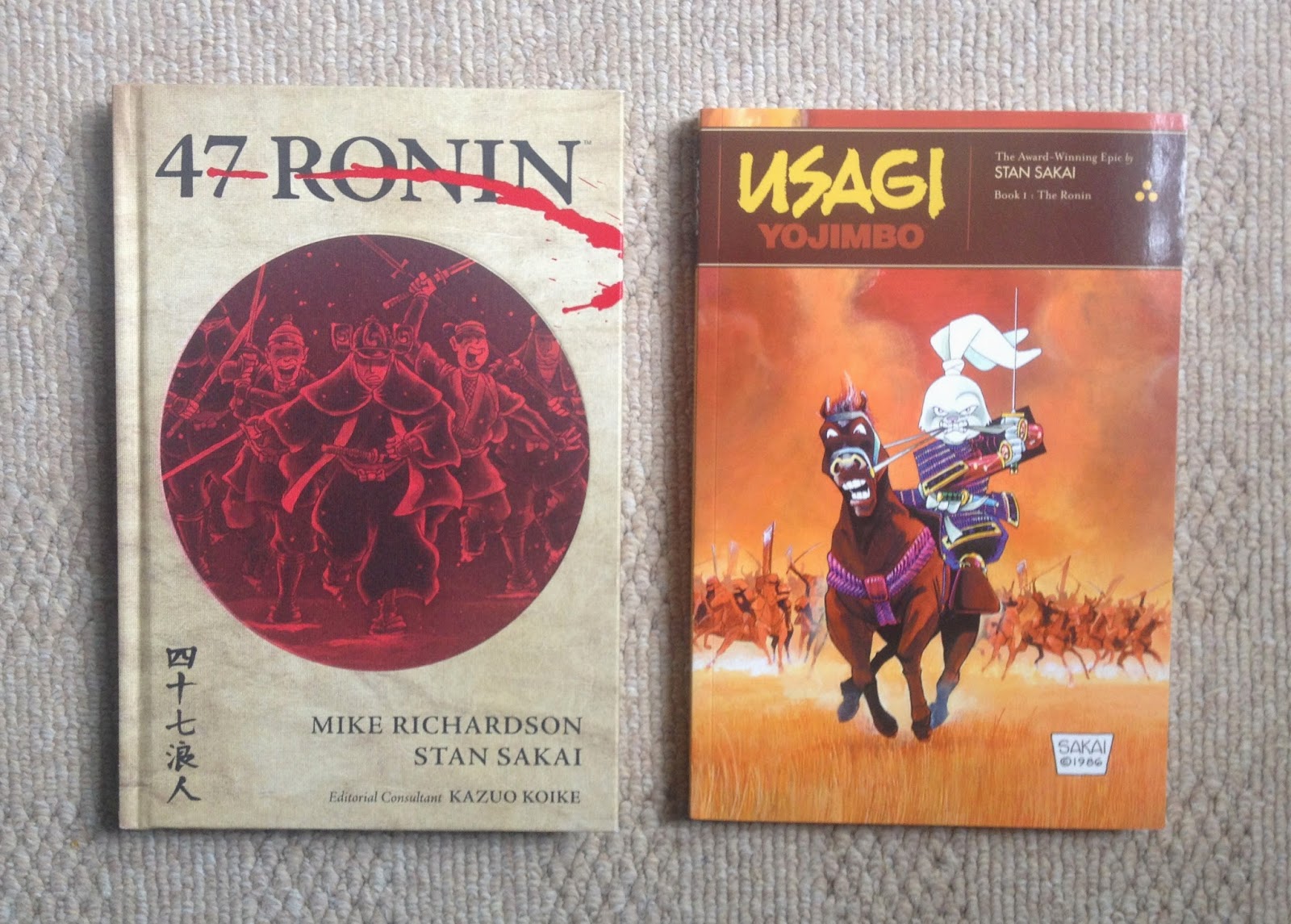 Judge Dredd in America by John Wagner and Colin MacNeil (Rebellion/2000AD), Rachel Rising 3 by Terry Moore (Abstract Studios): More old comics. I have never been able to get into Dredd, despite multiple attempts, perhaps the rigid sociopolitical aspect of it, but I have, however, repeatedly read and been informed that 'America' is one of the best, if not seminal, Dredd stories, and Wagner one of the foremost Dredd writers, so finding this older copy in the £5 box (it's a larger format than the reprints, I believe), whilst searching for Batman trades for my nephew to peruse and abuse, proved decisive. I've been reading through Terry Moore's Rachel Rising, which is simply one of the best horror comics around- complex female characters, strong, inventive plots, genuinely unsure which direction its going to take- and Moore can draw. I know there's a tsunami of comics for people to choose from, but it still makes me a little depressed when the really good ones don't get the attention they deserve. 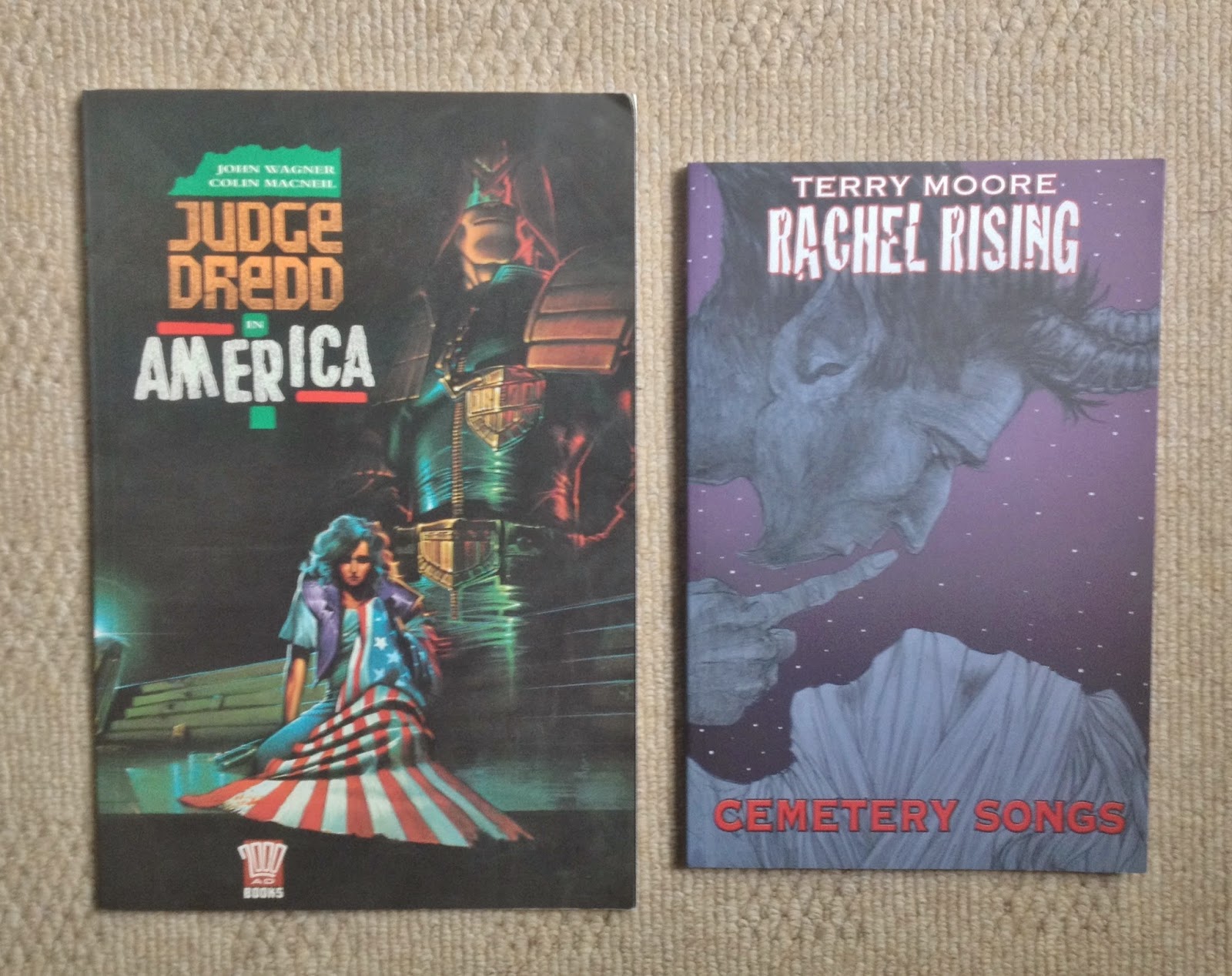 Anyway, I think I'm going to like Judge Dredd: America, after flipping through it quickly, if only for Colin MacNeil's art- the landscapes are a weirdly mixed urban high-tech here, chunky and solid, not hugely streamlined and slick, and the vehicles really interesting shapes, which makes it interesting to look at. I like how there seem to be two general futurescapes that tend to be envisioned: the predominant encompasses sleek, trim, tall and elegant structures and vehicles, steels and silvers: clean and clinical, and the more archaic, less popular -and to me the more compelling to pore over- is the one which imagines odd and bulky buildings, not very geometric, lumbering, hefty vehicles- with more colour- greens and rusts evoking industry and power. The latter has gone out of fashion the more life has emulated the former, but what's the fun in imagining things that are already around us?

There are a couple of these real-time panels, which are amazing- so much better than motion comics. Had to include this one.

Until next time, I guess. Be well.