When dinosaurs ruled the Earth

I commissioned the amazing Warwick Johnson Cadwell to draw one of my favorite moments on celluloid (and there are quite a few), from one of my favourite movies a couple of months back, and last week I returned home from a not-great day at work to a huge A3 padded envelope in the post containing, quite literally (in both the new and old definitions of the word), happiness. So anyway, I though I would share the rad-ness with you.

Here's a screen-cap of the scene from Jurassic Park that I sent to Warwick: 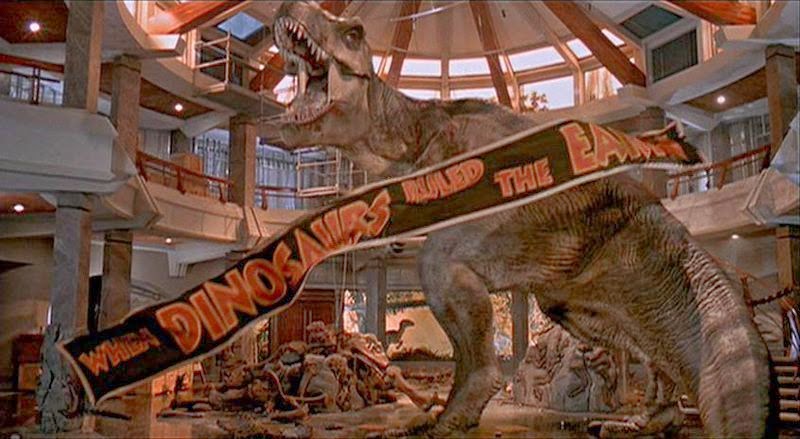 Which he then drew and inked in black and white on a thick A3 paper: 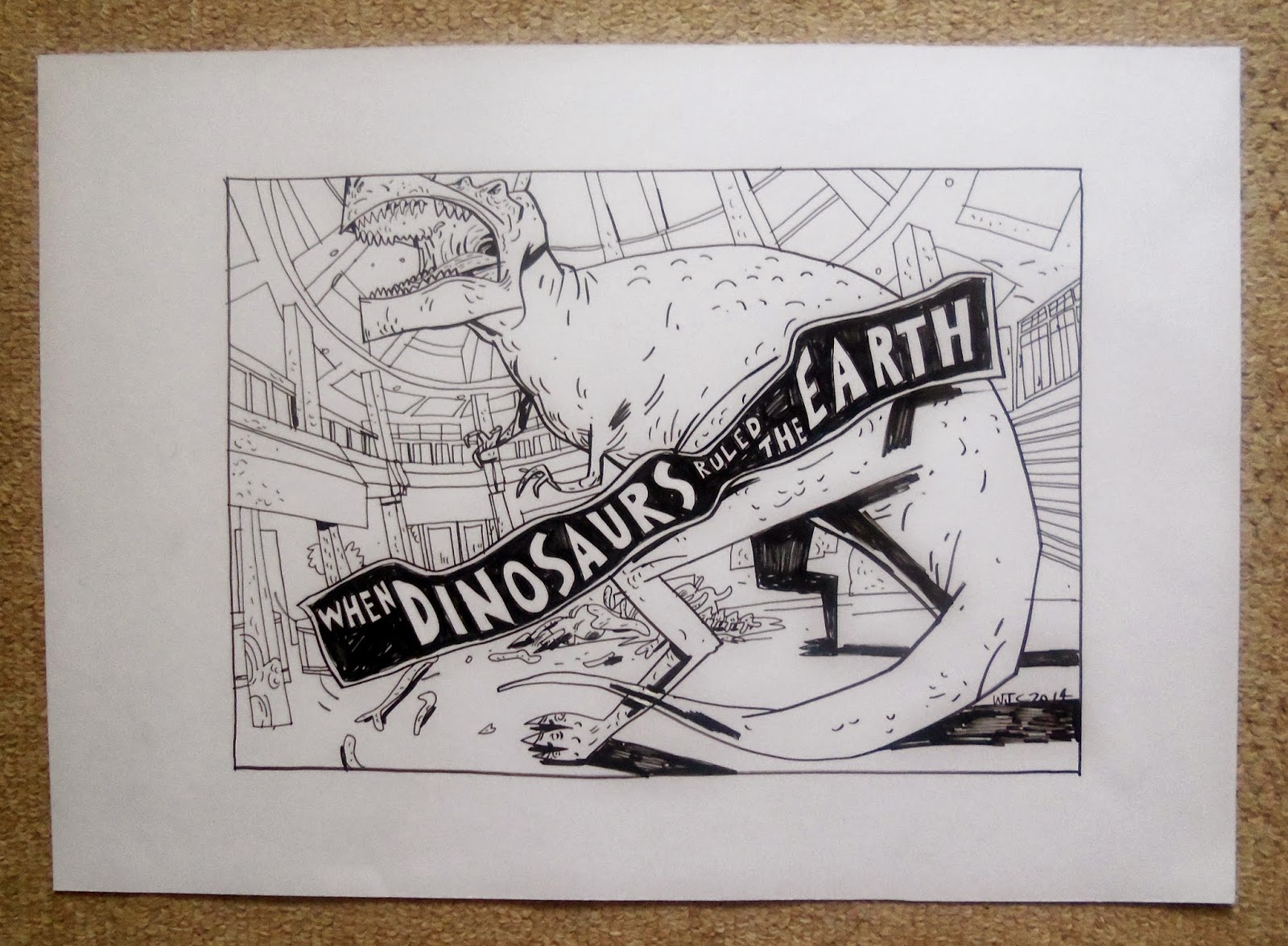 And then scanned and coloured digitally to be produced as a gorgeous A4 print (encased in a protective plastic sleeve): 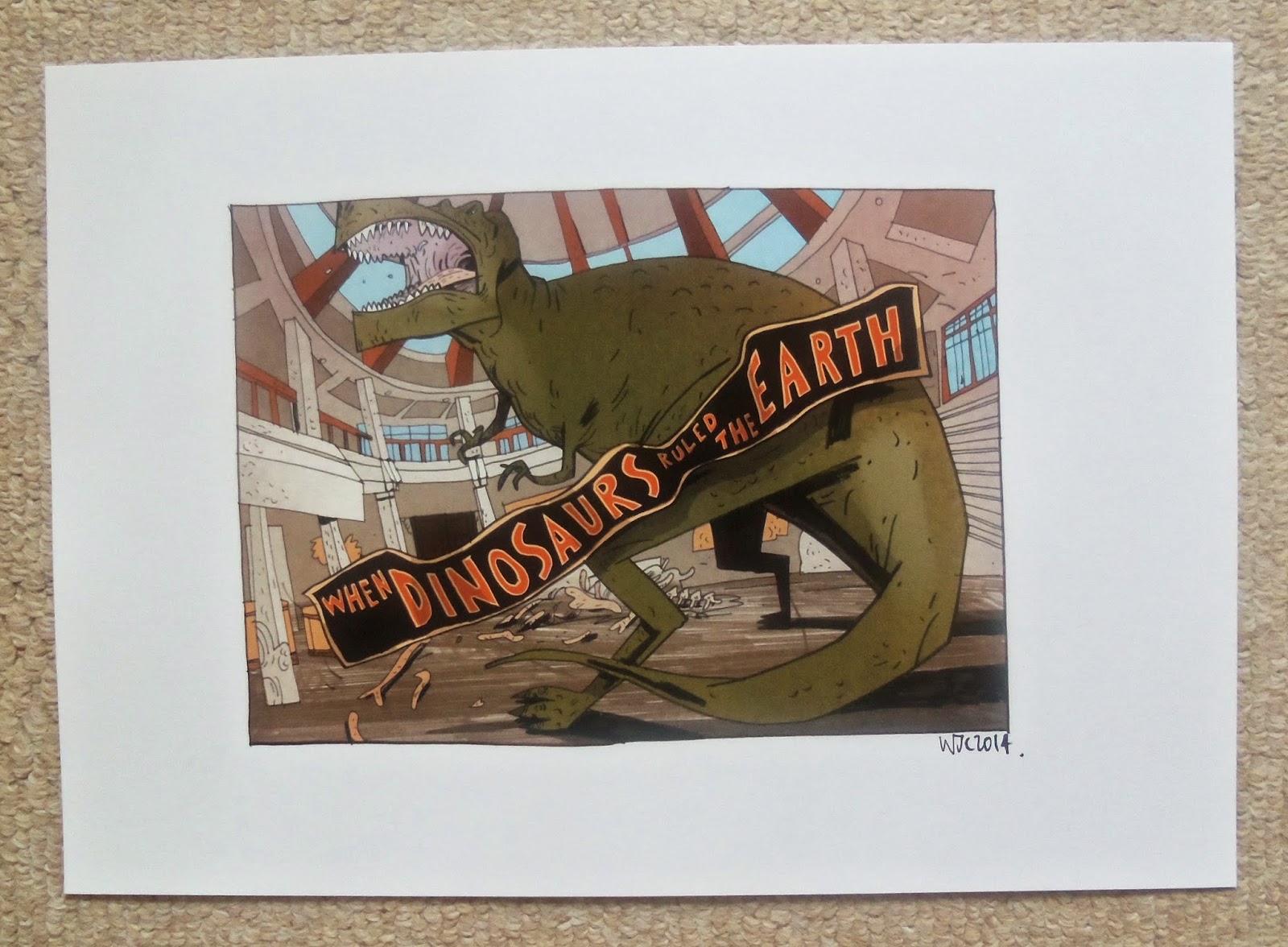 Here's a close-up of the print: 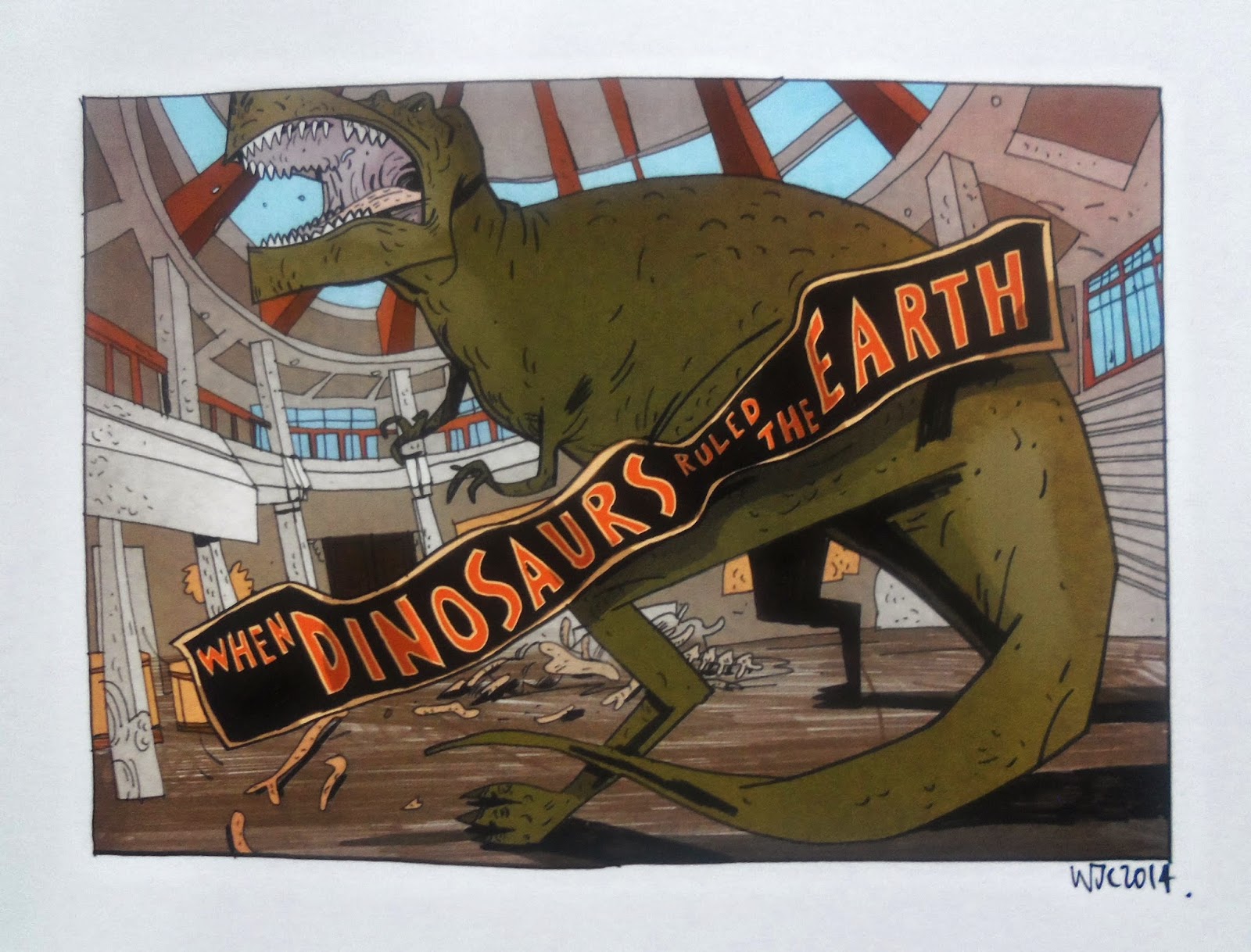 I got a few goodies, along with the original artwork and print commission pieces- a couple of postcards (one which I've already misplaced :/ ), and Collected Views and Comics, Warwick's latest book, collecting various short comics, pin-ups and commissions he's undertaken (mine is in there, along with another Jurassic Park one): Ripley from Alien, Adele Blanc-Sec, Rosarch, Martian Manhunter, and loads more. Super chuffed to have this, as Mr Cadwell's a pretty busy guy so having anything new of his in print is a real treat. I really love the cover/design of it, too- the strip along the top with the title, the illustrated band with the monkeys and gorillas going a bit berserk on that wonderful tree and the contrasting block of orange colour. Spiffy. 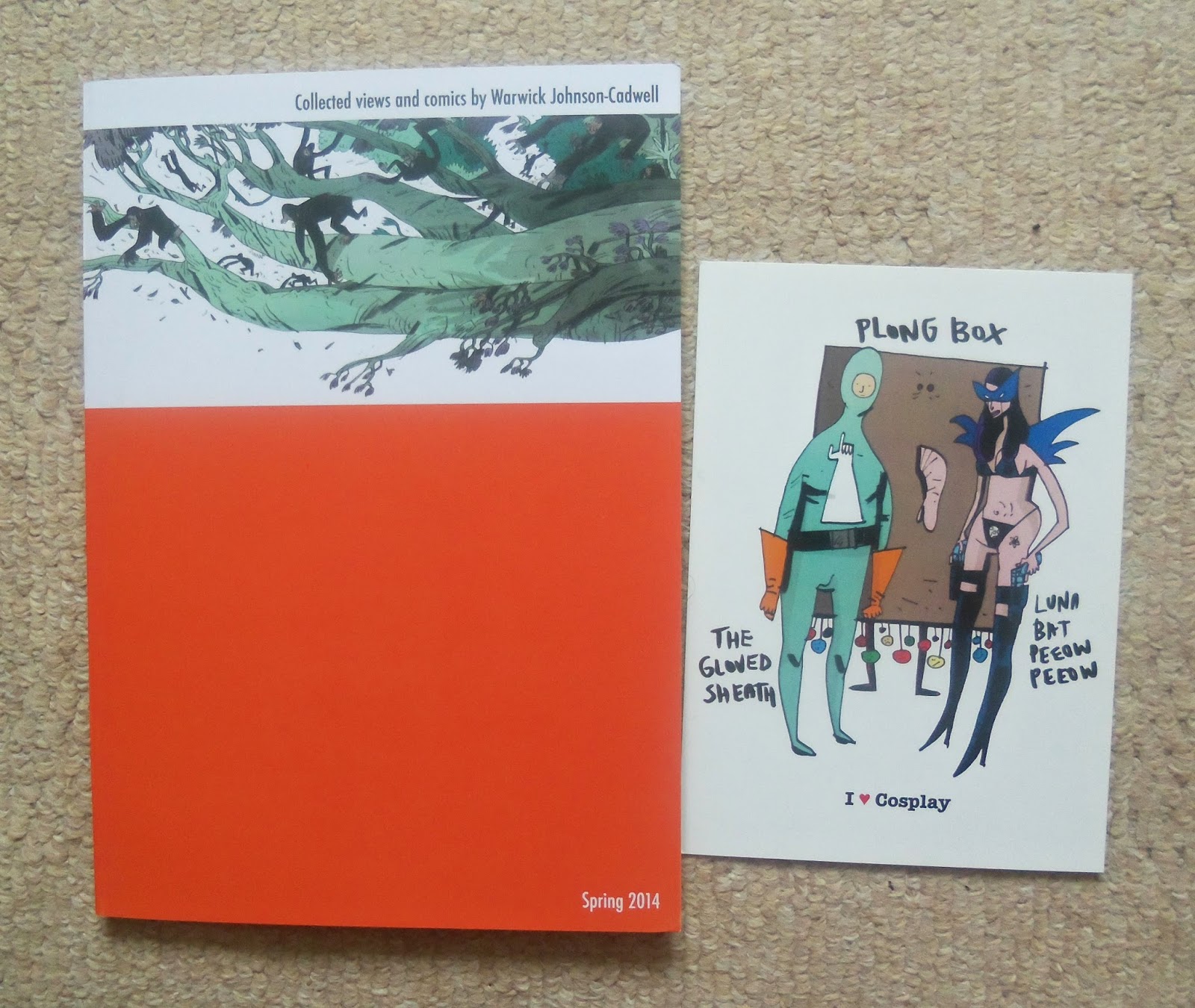 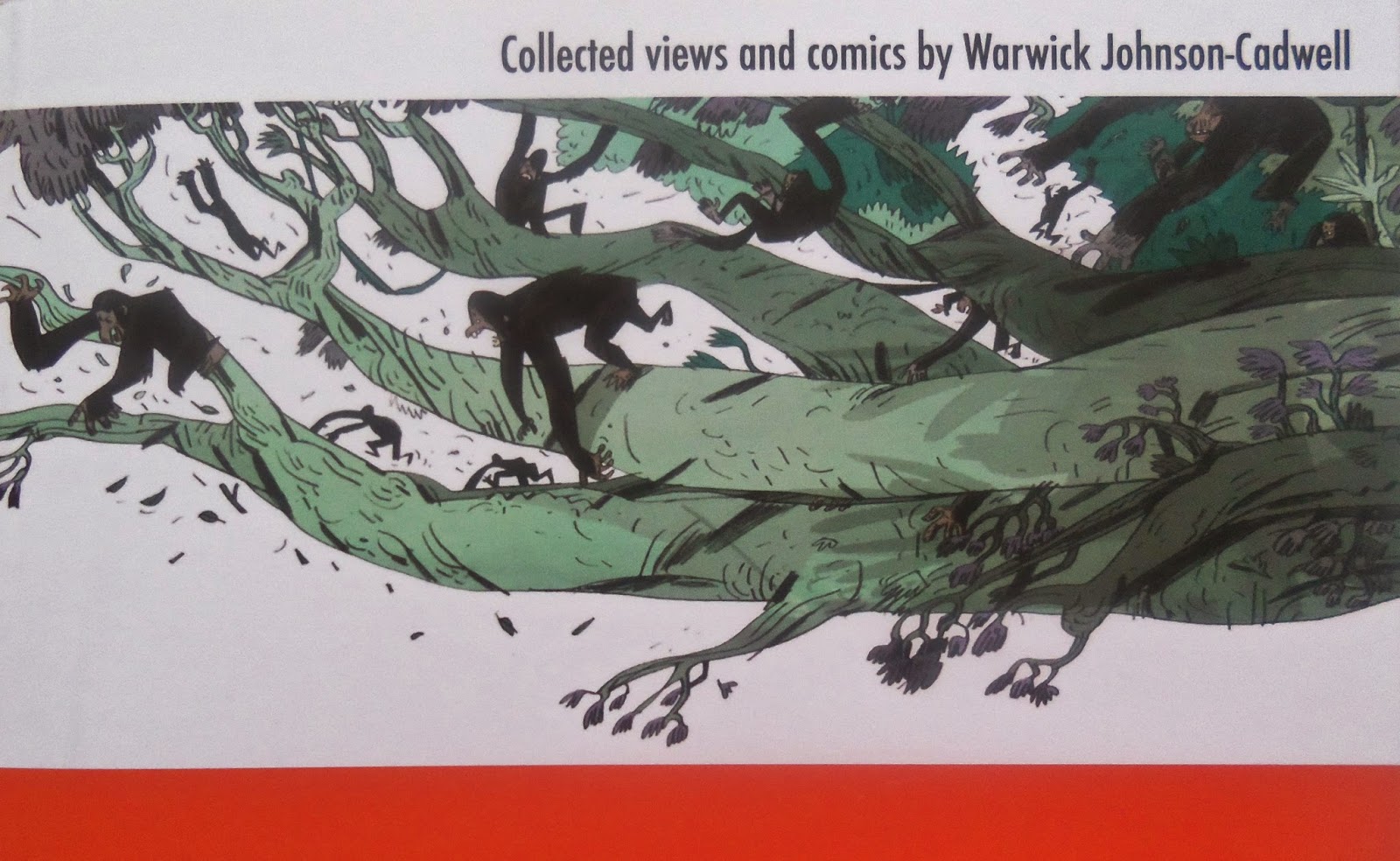 And a couple of the comics pages- look not a word on my photo-taking/editing skills, alright? The brown/gray scale images are of sea settings/sailor communities, aka, the thing wot Cadwell Johnson does best; mark my words, if he were ever to do a long-form comic with an ocean and docks location, with boisterous women and men singing and drinking and fighting and making all sorts of merry, that would be the best shit ever.

If you want to commission your own piece of awesome, you can do so here at Cadwell's shop- you'll find the books and other bits and bobs there, too. 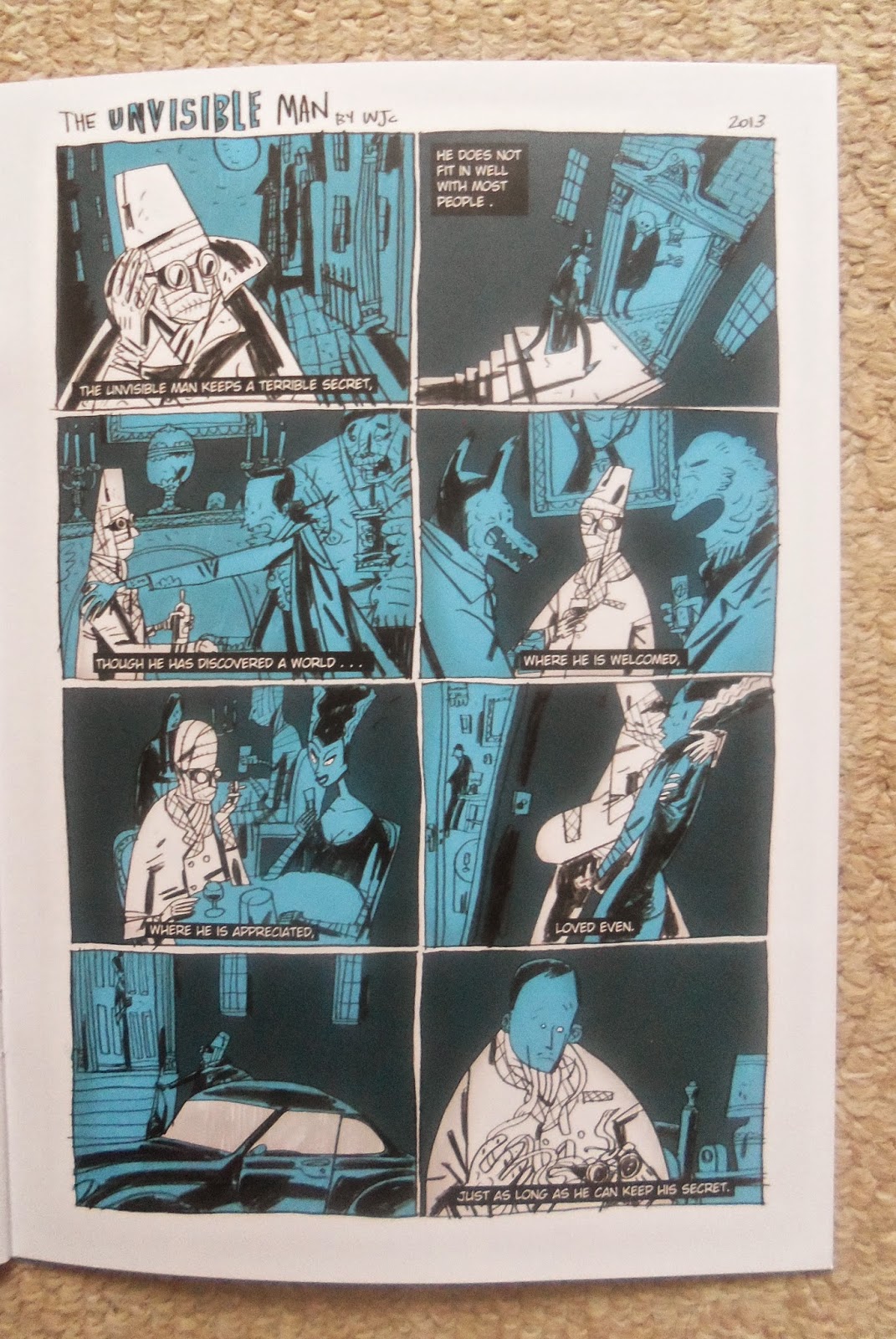 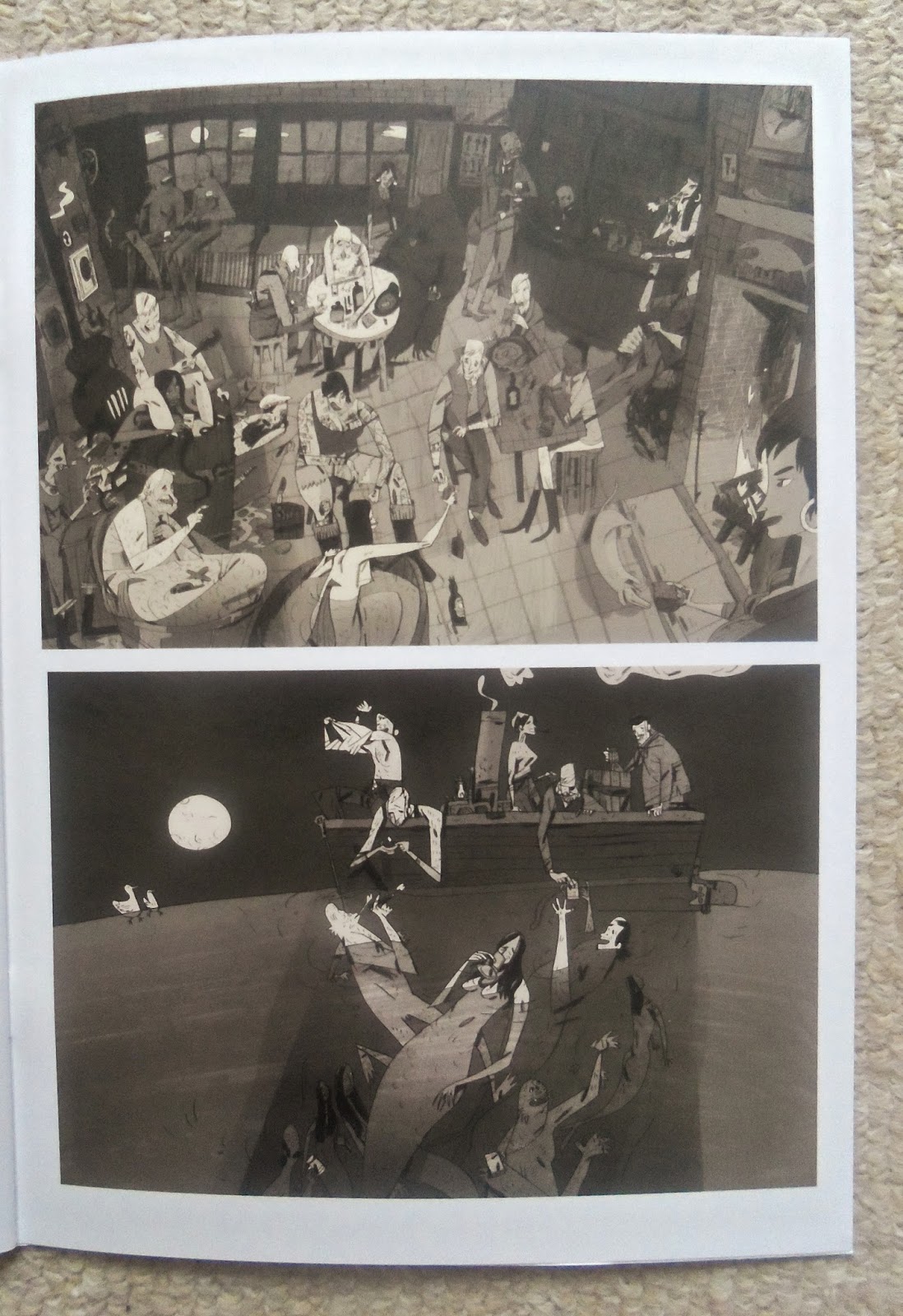