It's Wednesday, which here on the blog, means it's time to take a nosy at yet another comics creator's bookshelves and some of their favourite books. This week, it's the turn of Lizz Lunney, probably best known for the most famous feline of them all- Depressed Cat, but if you're at all familiar with the UK comics scene, you'll know Lunney's a highly regraded mainstay, producing her wry, often surreal, humorous narratives, a new collection of which, Take Away, has just been published by Blank Slate. If you're looking for the adventures and musings of Romantic Bison and Self-Aware Rabbit, you've found your nirvana.


'I have way too many books. I don't know why I bother paying rent because I could just build a house out of all the books that I own and live in there for free. I don't have a separate place where I keep comics and zines, they are all mixed in with other books that I have hoarded over the years. My aunt was a librarian before she retired and when I was growing up I would stay with her each summer, I'm sure it was these visits to the library where she worked in Malvern that gave me such a love of books. I have recently attempted to arrange the books in my studio and now have two bookcases with books displayed in rainbow order. 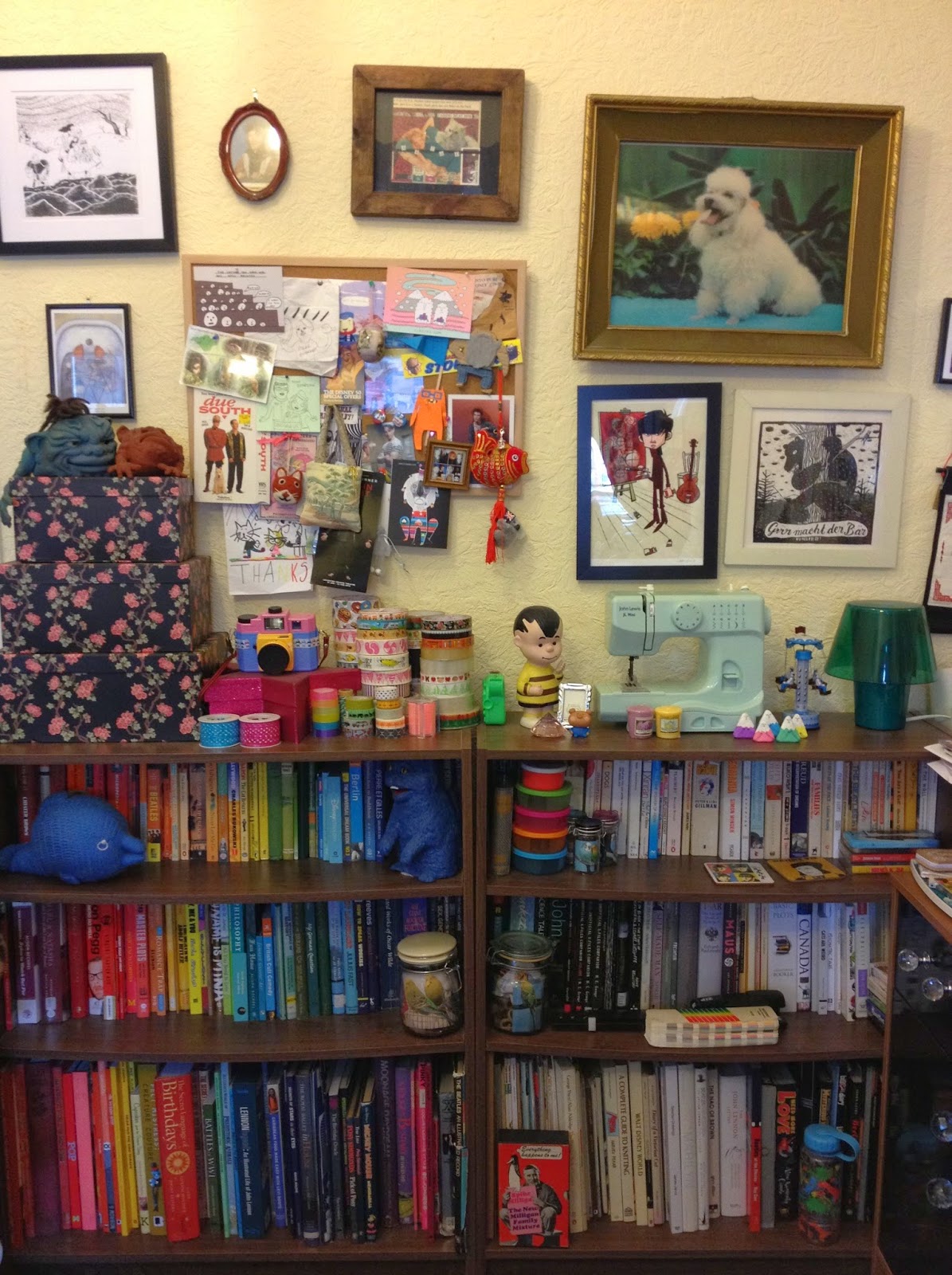 I have a cabinet in my bedroom that houses a row of zines and smaller comics alongside my collection of Chewbacca figures and other stupid collectibles (which I made zines about- here and here). The comics in there are mainly self published comics that I bought from zine fairs about 10 years ago or zines people have given me over the years. I organise Birmingham Zine Festival and last year some of my collection went on tour to various art galleries as part of that. A lot of zines/comics I keep in a mystery machine suitcase because I have too many to keep on the shelf. 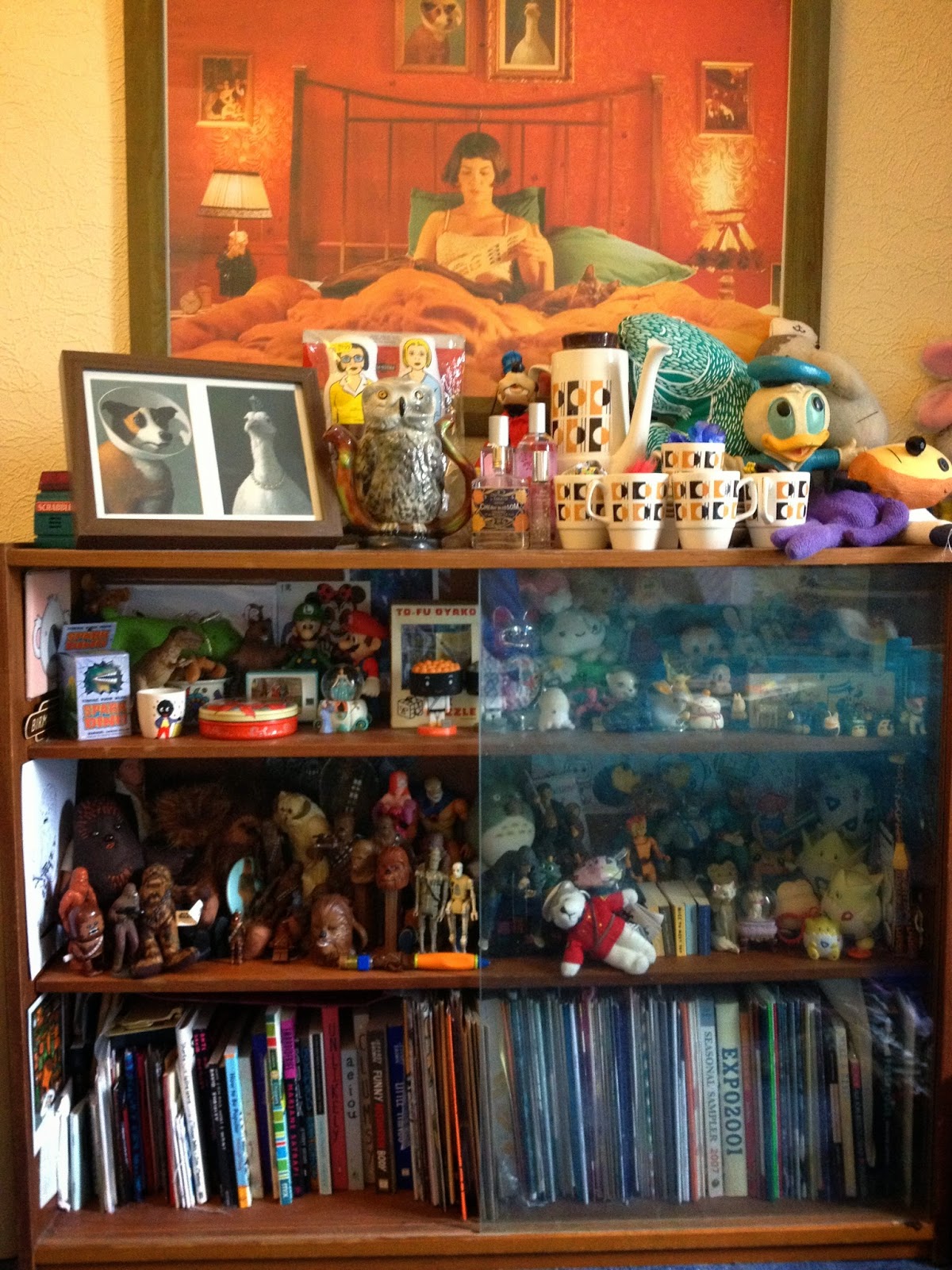 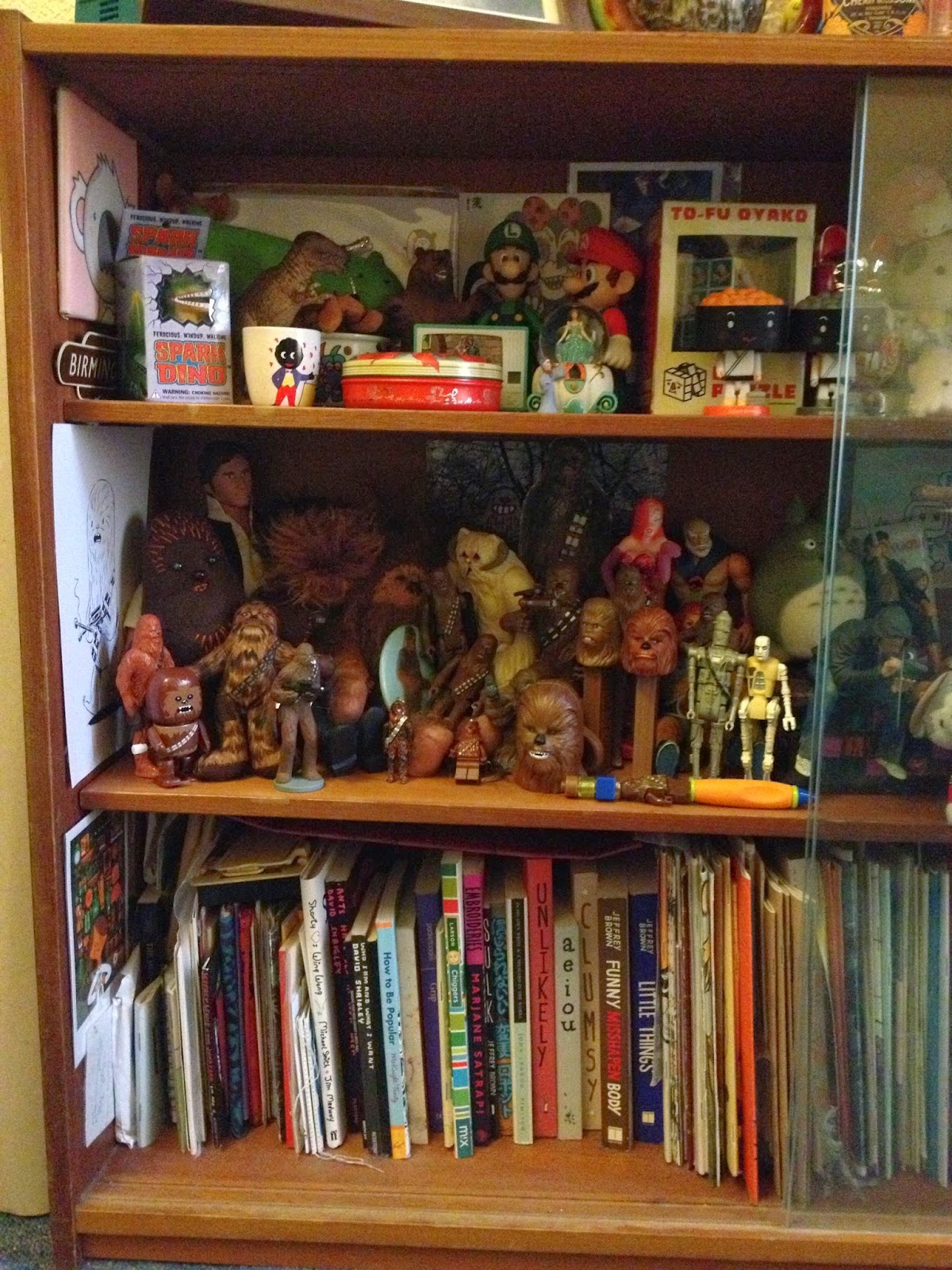 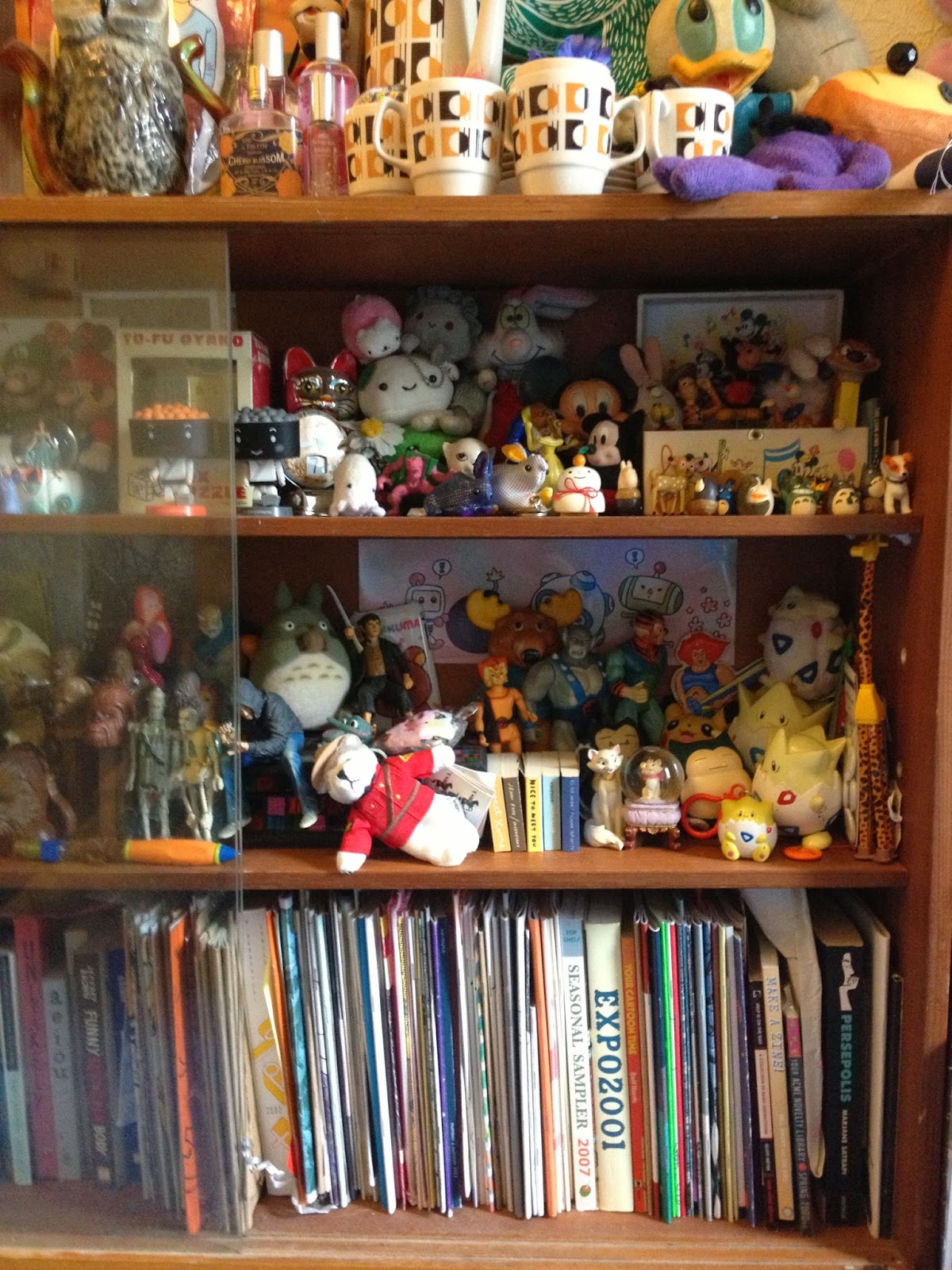 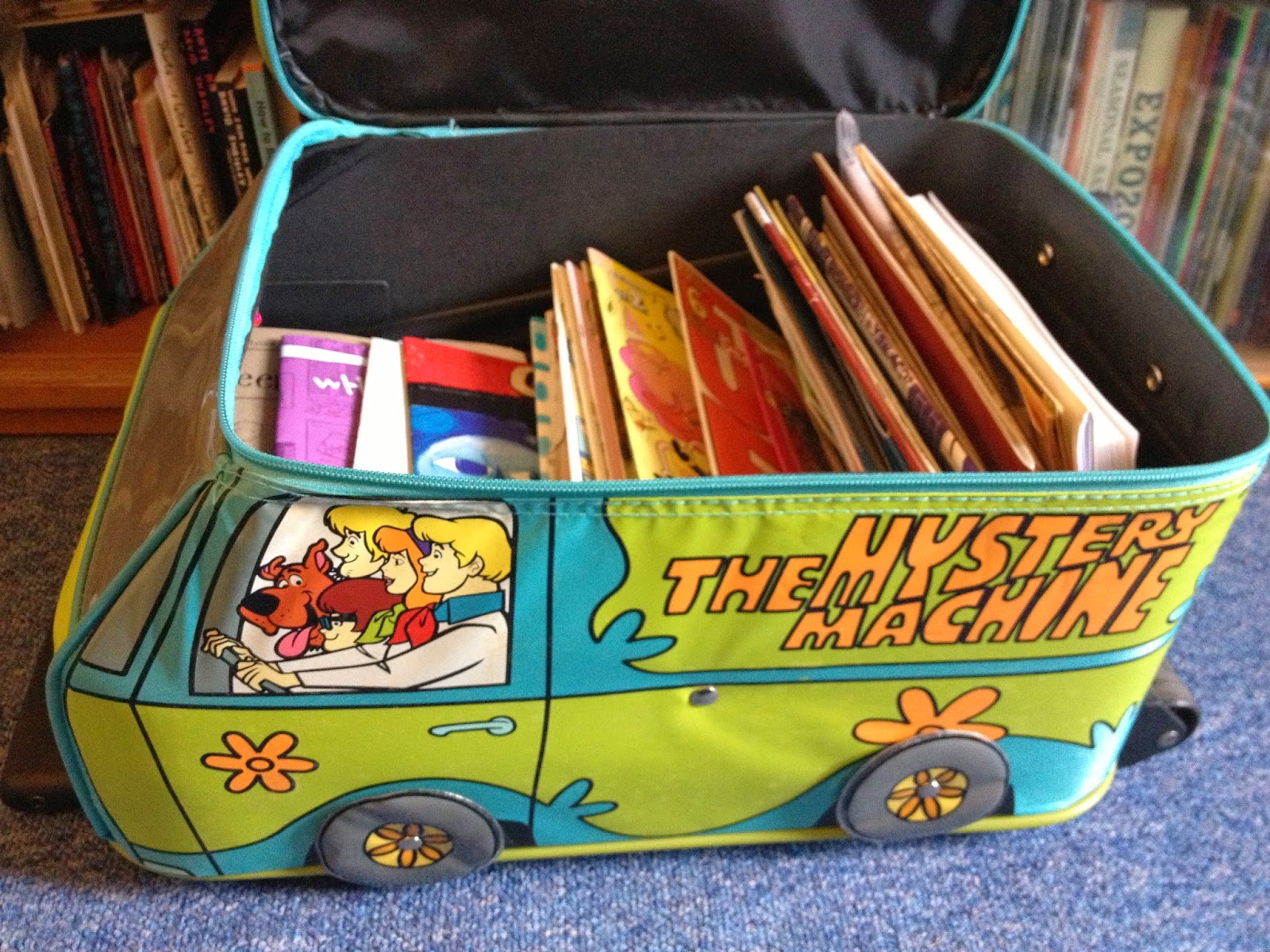 These are some of my favourite self published zines/mini comics- X-Files Slime and Bugs by Josephin Ritchel: 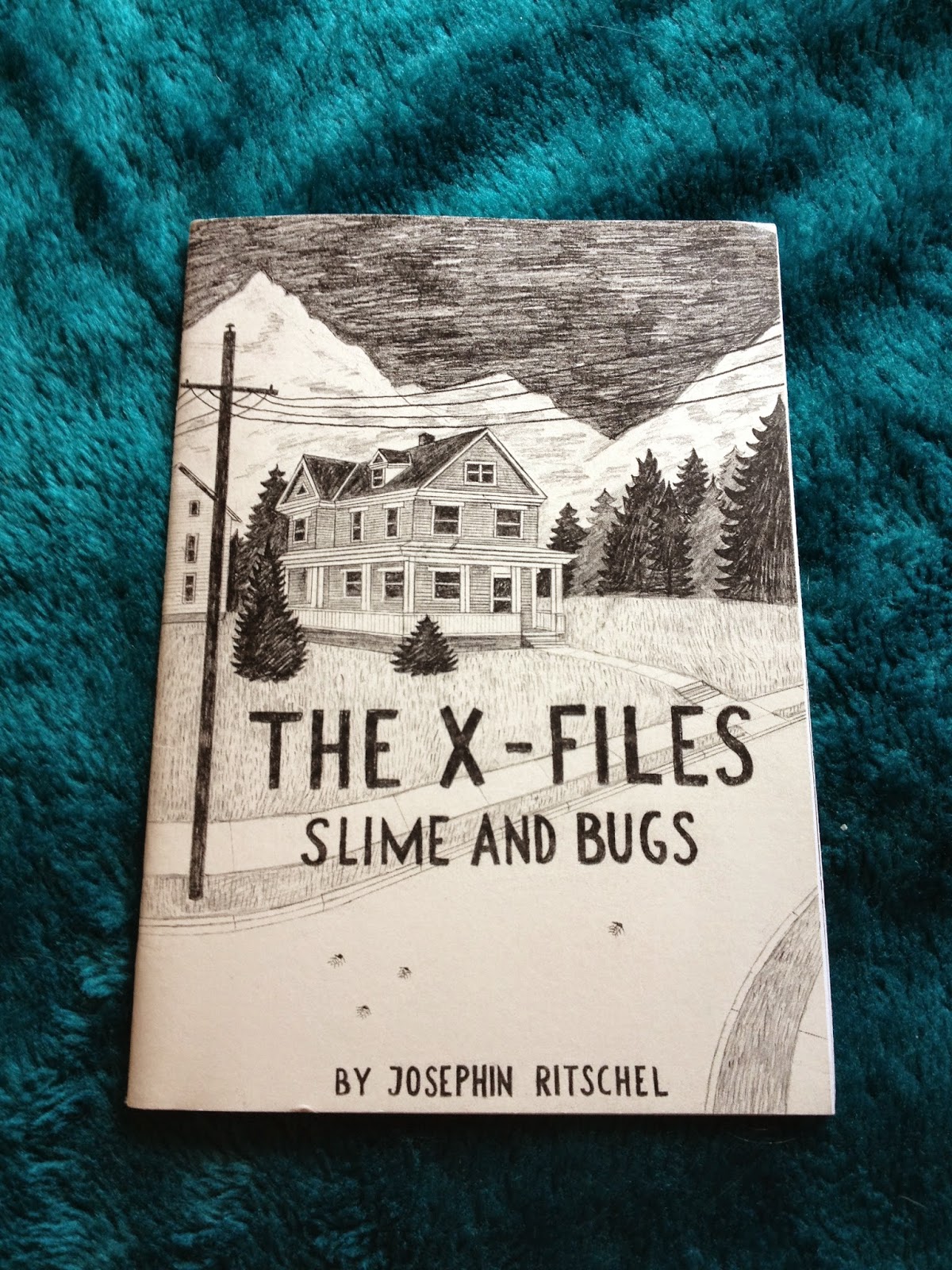 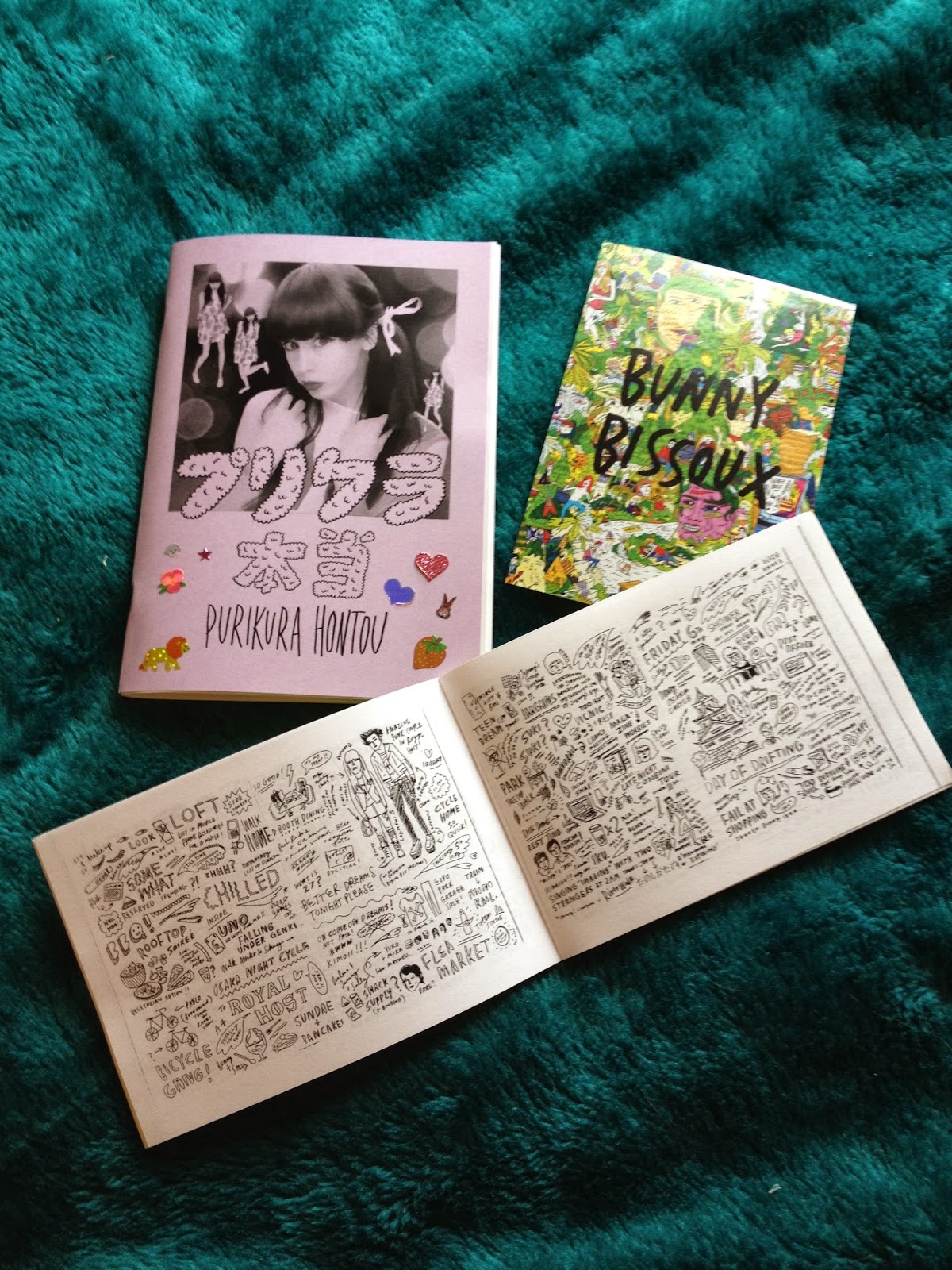 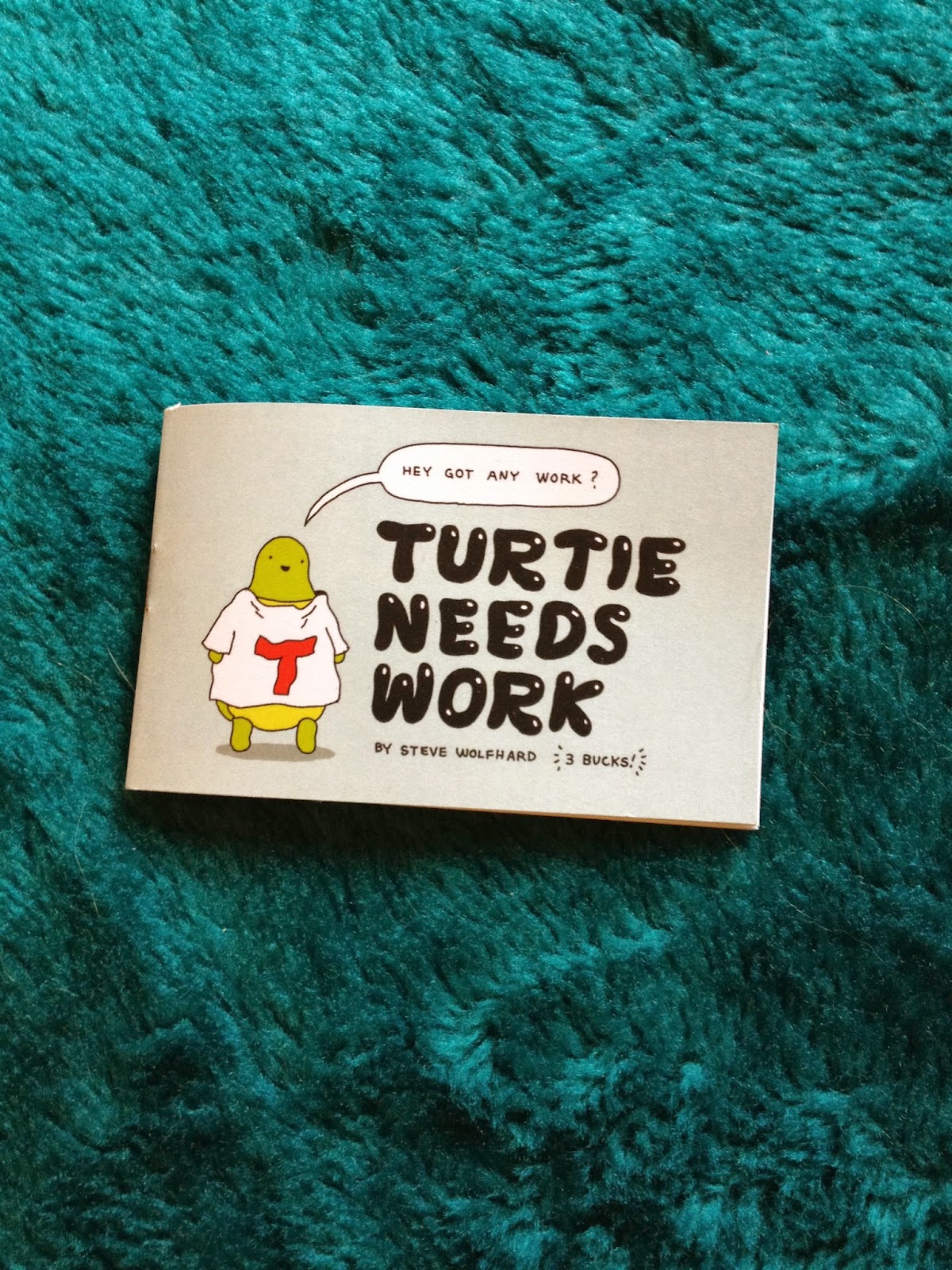 There are piles of books everywhere around my house that I have no storage space for and so they cover practically every surface in every room trapping me in and making me feel guilty that I don't have enough time to read them all. I want to clear out the ones I don't need but getting rid of books feels like throwing away kittens. My comic collection began with the Beano, Dandy, Viz, Asterix, Garfield, Snoopy, Calvin and Hobbes and Disney comics then after University I discovered Jeffrey Brown, Daniel Clowes, Posy Simmonds, Robert Crumb, Chris Ware, Art Spiegelman, Harvey Pekar, etc. which was when I started drawing comics myself. Most of my book collection is made up of stuff that is technically cartoons but probably wouldn't be found in the comic section of bookshops: David Shrigley, John Lennon, Spike Milligan (all big influences to my work) and then loads of books about comedy, psychology, philosophy, sexuality, space, dinosaurs, X-Files and the Beatles. 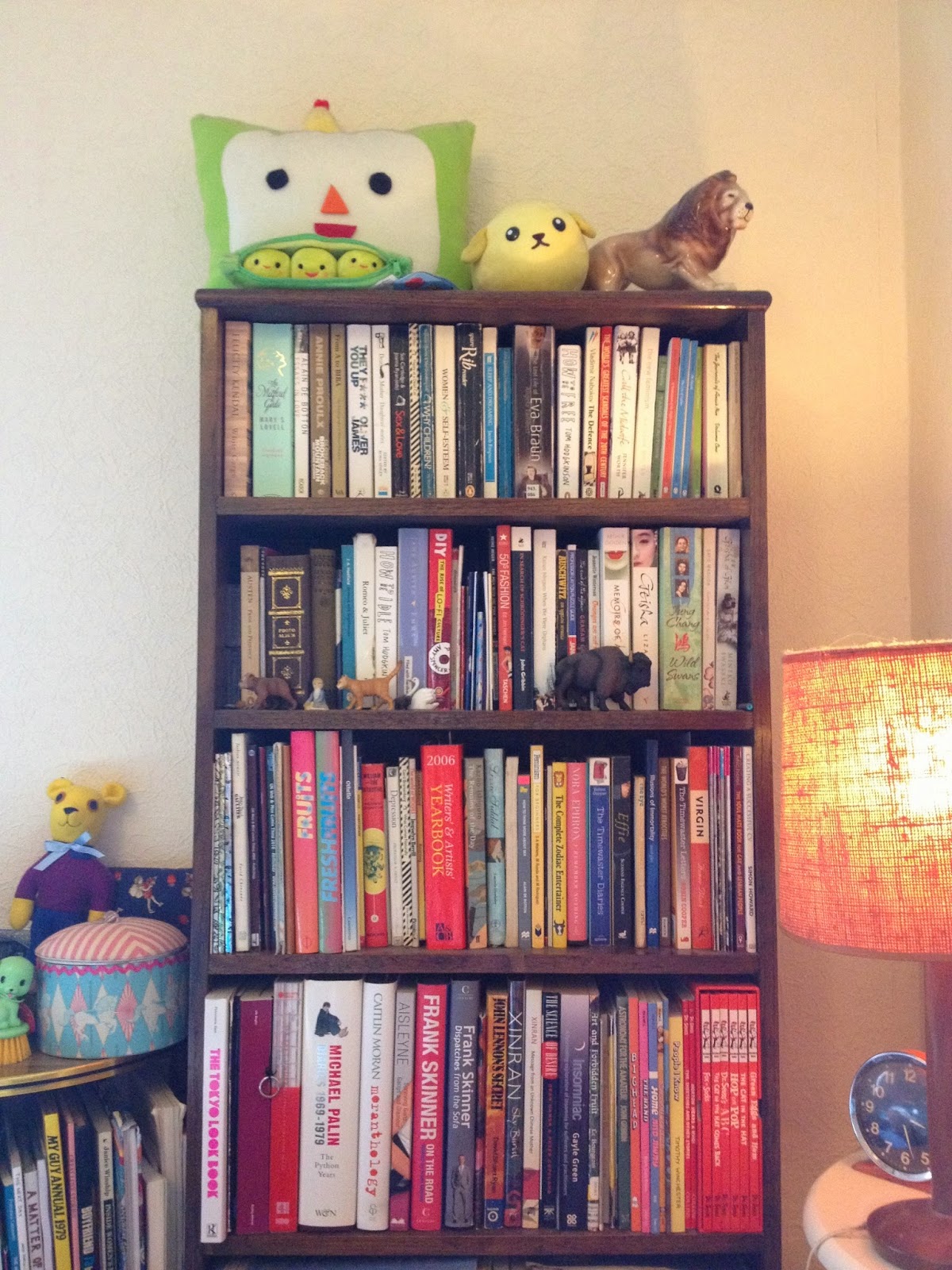 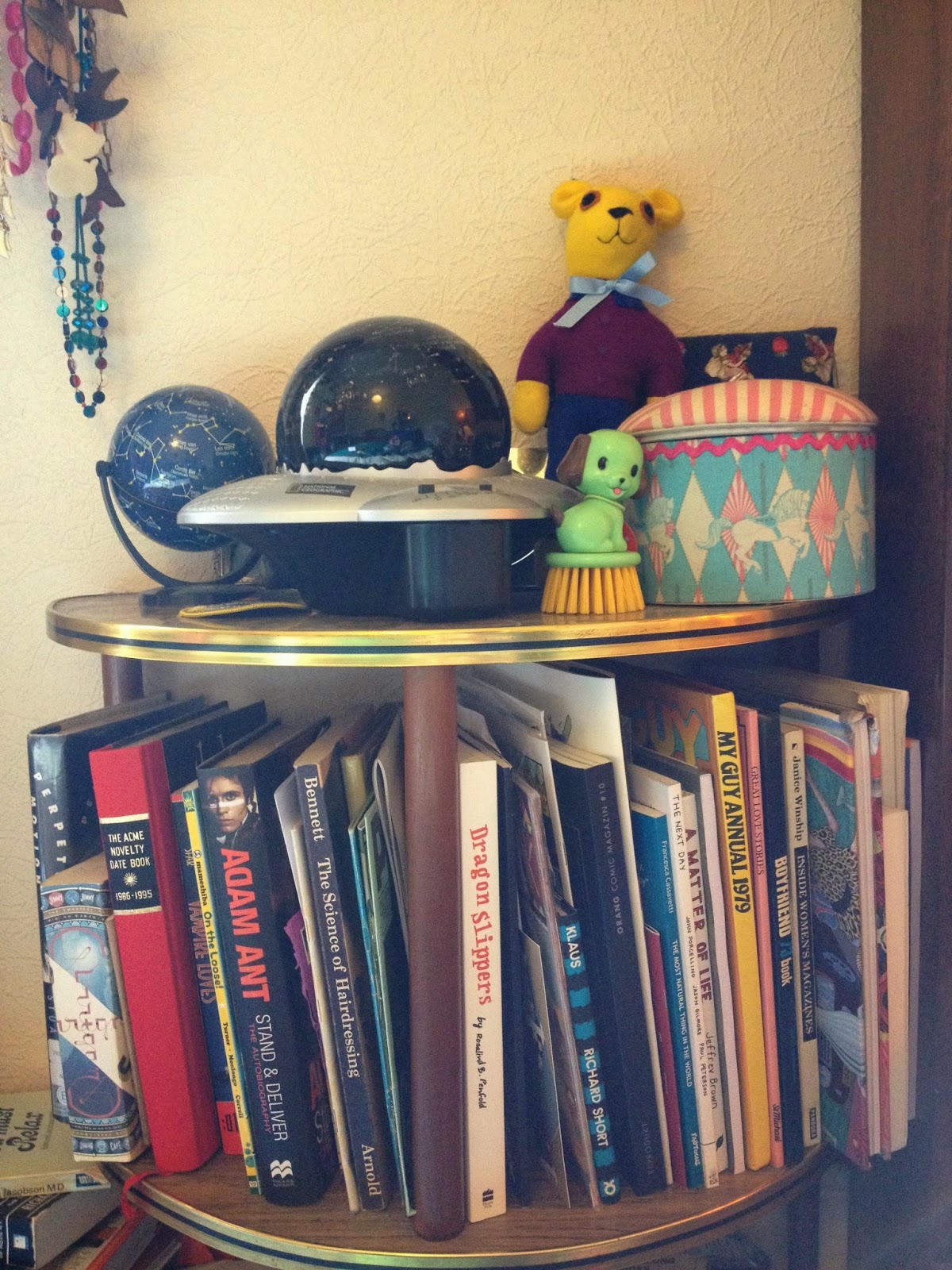 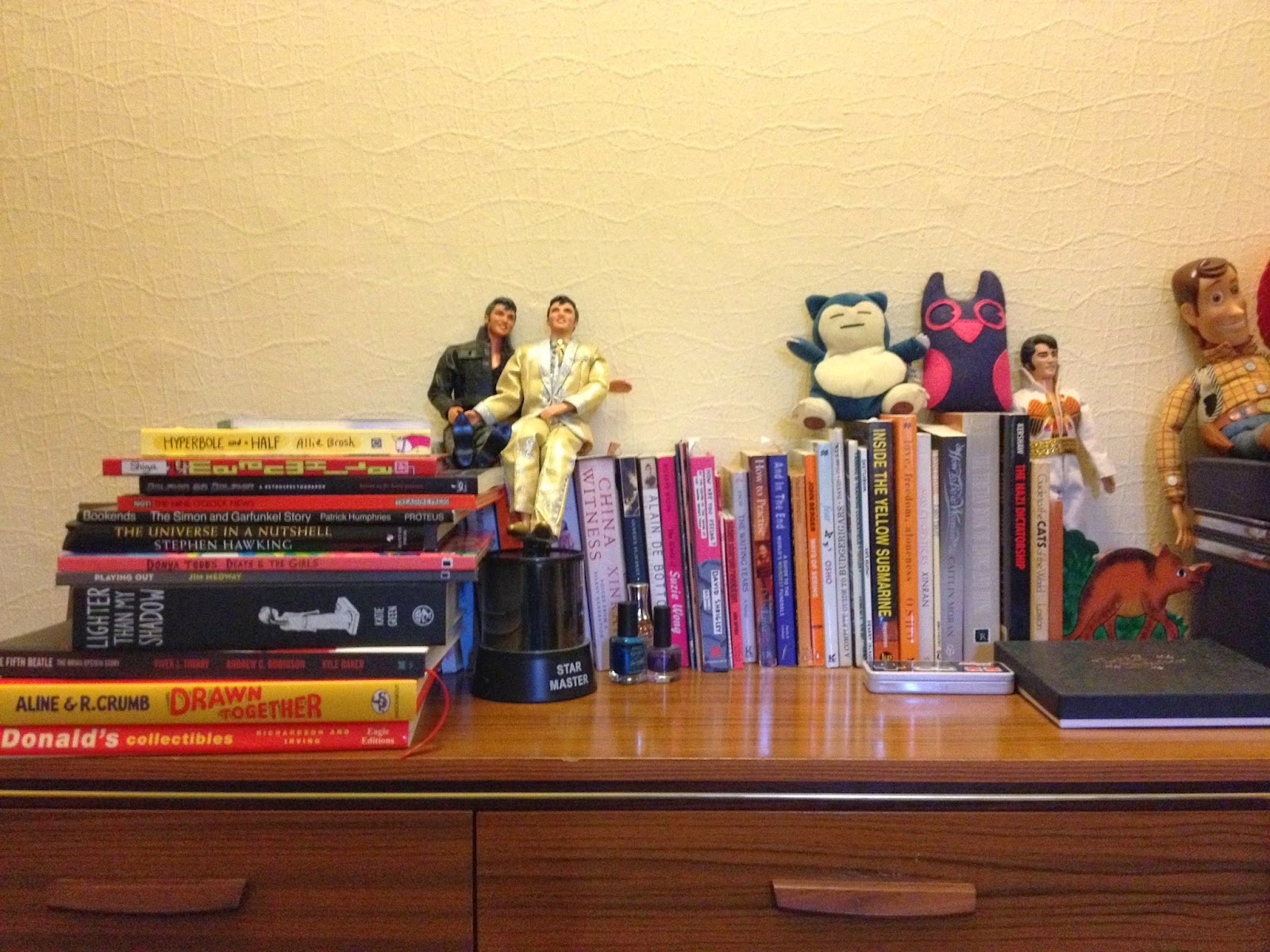 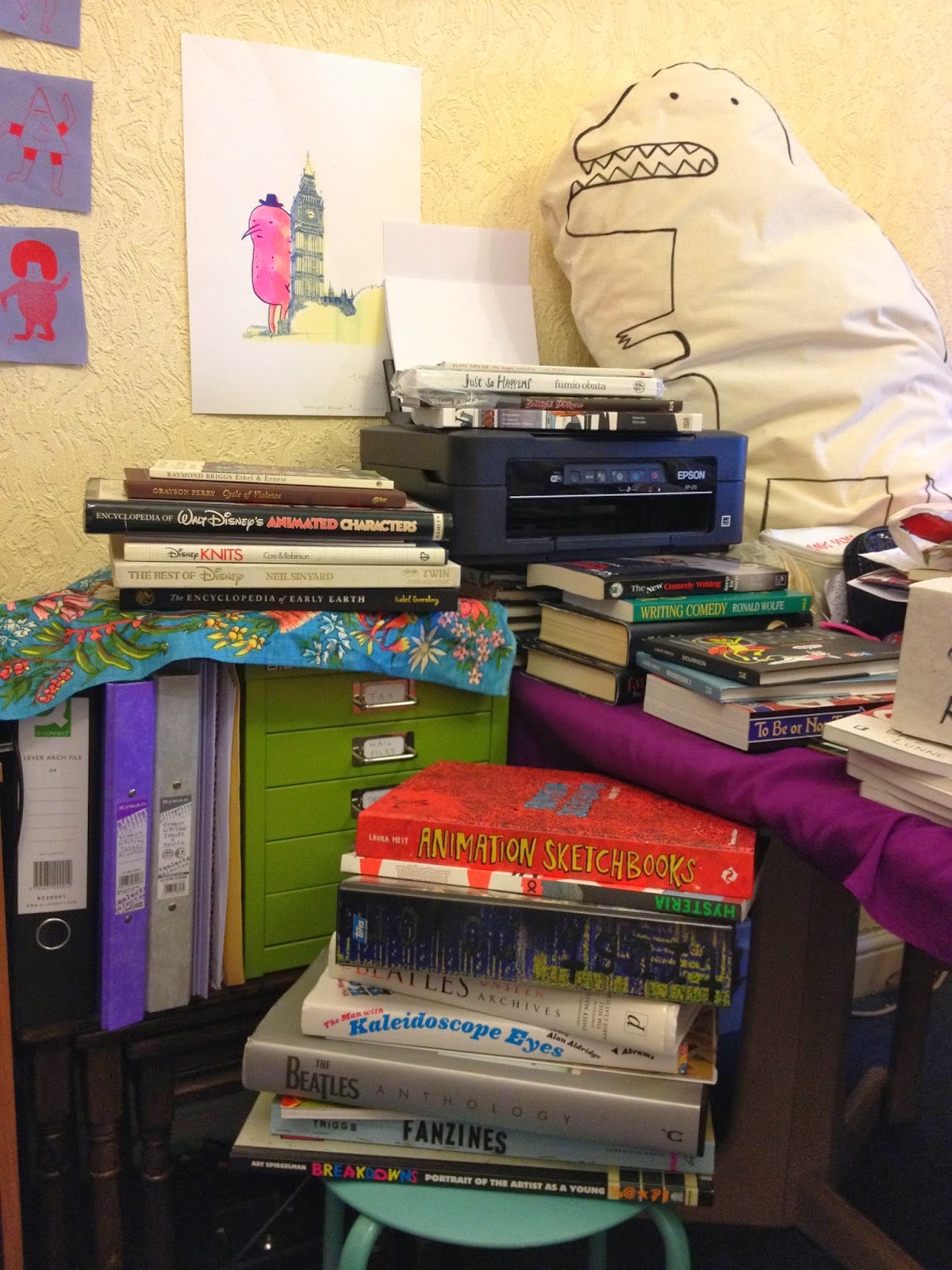 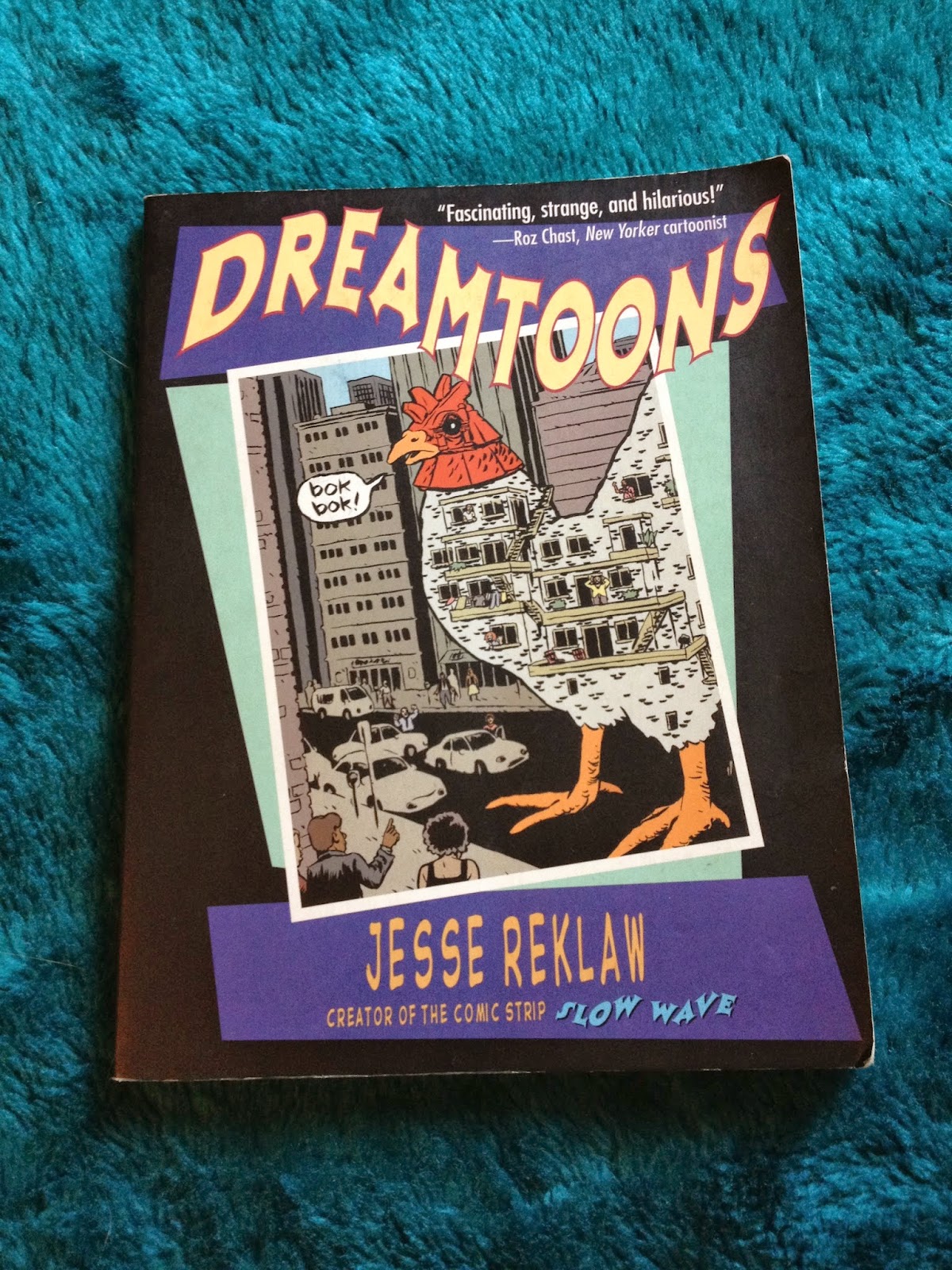 Dreamtoons by Jesse Reklaw
This was one of the first comics I came across after University and still one of my favourites. Jesse Reklaw illustrated dreams that people sent in to him. I hate hearing someone describing the dream they had last night as much as the next person but in this comic they are hilarious and fascinating. My own dreams are where I get a lot of my ideas for characters and situations so I enjoy re-reading this book as a reminder that it is ok to do the majority of my work while I am asleep. 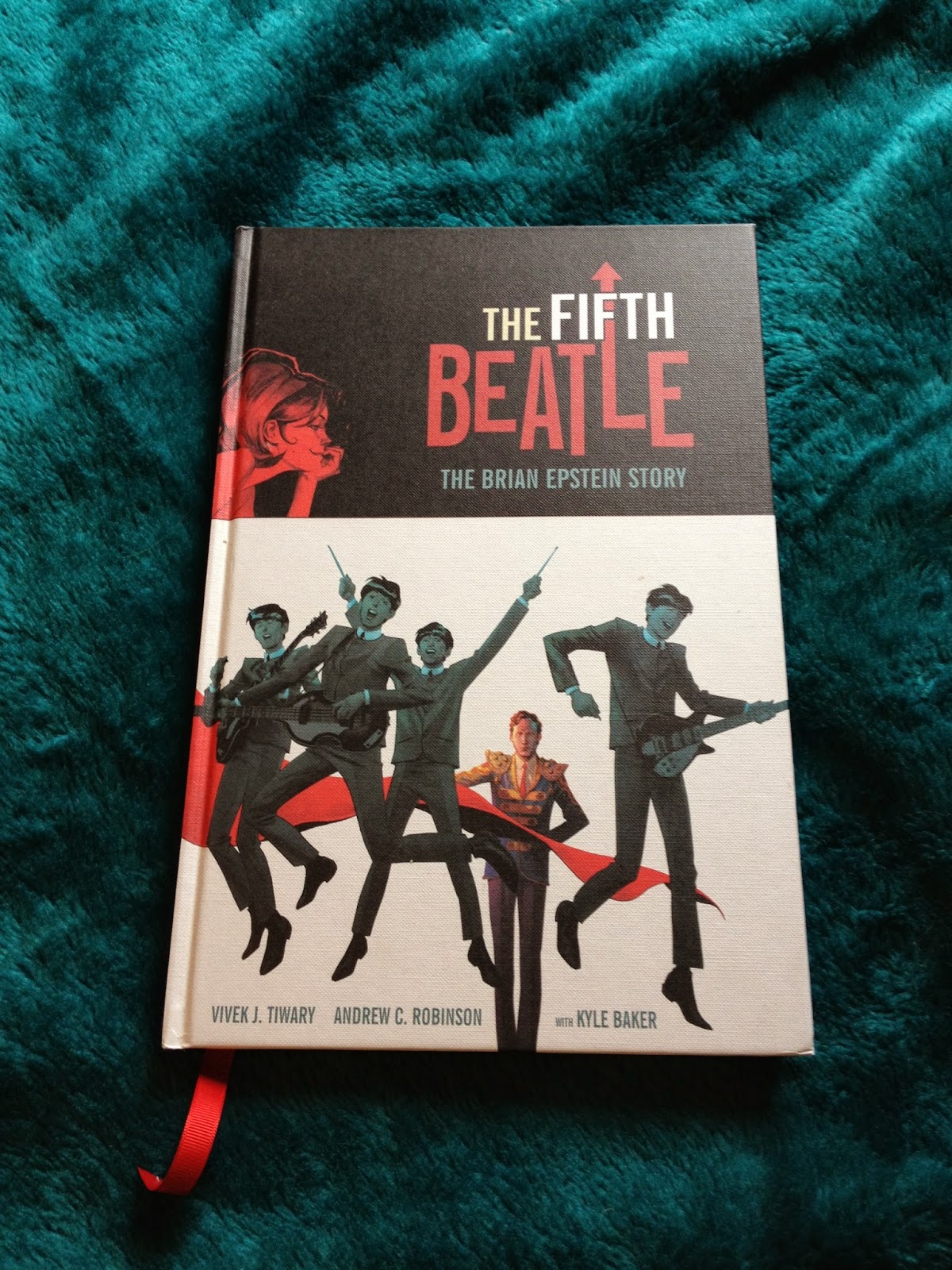 The Fifth Beatle: The Brian Epstein Story
This is a graphic novel I read recently because I'm a Beatles fan so the topic interested me, at first I wasn't sure if I'd like the art style because I'm not really into technically perfect stylized drawings but I was surprised at how the artwork in this complemented the moving story and gave a real atmosphere of the 60s. 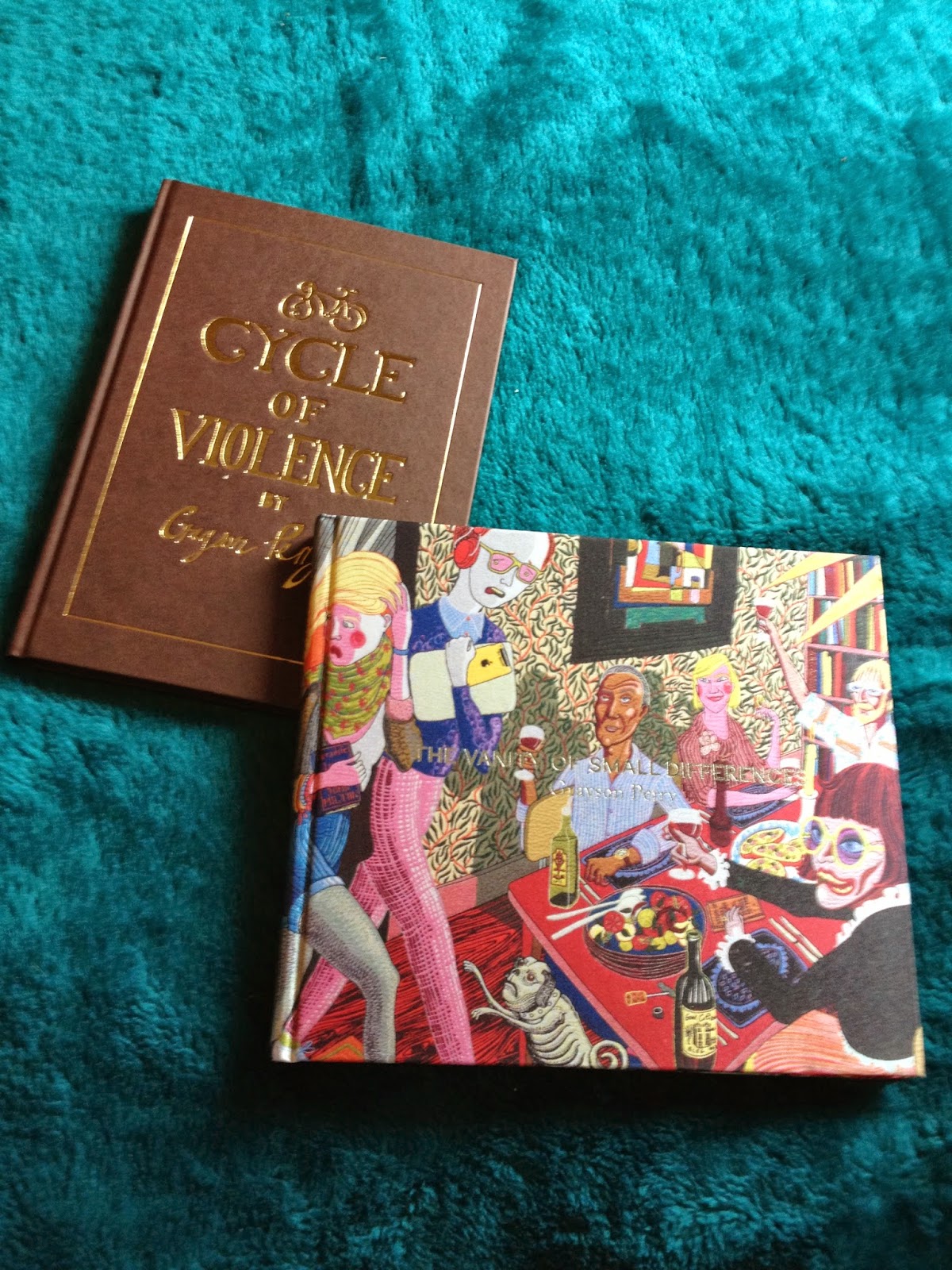 Cycle of Violence by Grayson Perry
I'm a fan of Grayson Perry's artwork and his tapestries that are explored in the Channel 4 documentary series "The Vanity of Small Differences"  are essentially giant comic panels that tell a story. I recently went to a talk he did at Southbank as part of the "Be A Man" festival and discovered that he had a graphic novel out called Cycle of Violence which I immediately tracked down. It is the story of a man driven to kill by childhood demons and a satire on psychotherapy. It also has a mean review on Amazon that made me laugh "Oops wrong Cycle of Violence! And frankly this book is total Bollocks. An absolute waste of 2hrs of my life." (Untrue, the book is brilliant)'

Many thanks to Lizz for her time and participation. You can view all the previous installments of Comics Shelfie here. Remember to stop by on the 30th of April for the next installment.
Posted by Zainab at 09:20