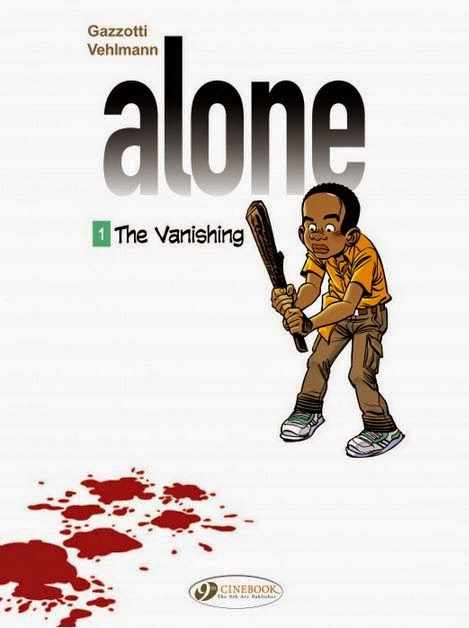 I've often talked about the many merits of UK publishers Cinebook, who do a fantastic job translating some of the best French language comics for English audiences, and here's another reason why: this month sees them releasing the first volume of Fabien Vehlmann and Bruno Gazzotti's award-winning 'Seuls' series, re-dubbed 'Alone.' Vehlmann may be familiar to people as the author of Green Manor (also published with Cinebook), The Isle of 100,000 Graves, his collaboration with Jason, and more recently, Beautiful Darkness- co-authored and illustrated by Kerascoet, and published by Drawn and Quarterly.

The Seuls series began life in 2006, and in its original French, it is 8 volumes in, with the 9th on the horizon. The hugely popular and acclaimed books are divided into 'cycles,' which I'm thinking is pretty much like seasons- the first 5 volumes make up the first 'cycle,' and the second cycle is at mid-point with 3 books. Really excited about this- been reading a lot about it by putting article after article through Google Translate, and the series just is supposed to get better and better, with a variety of elements introduced- things getting more sci-fi, a bit dystopian, a bit Planet of the Apes, and more. Here's a plot synopsis from Cinebook to whet your appetite:

Five children who have never met each other, who live very different lives in a small city. Then, one day, they all wake up in their empty homes, walk out into empty streets and wander through the empty city… No adults, no other children; just the five of them eventually finding each other, and forced to band together to face the inevitable questions – and the dangers of a modern city suddenly emptied of its inhabitants...

I came across a very good interview with Vehlmann and Gazotti here, where they discuss a range of subjects (the interview is from 2009, conducted to promote the 3rd book in the series), where Vehlmann, in particular, talks interestingly about inspiration, representation, and having a young black boy as the hero of the story, and more. The interview's in French, but I've plucked out a few choice quotes, and attempted to translated them roughly below. 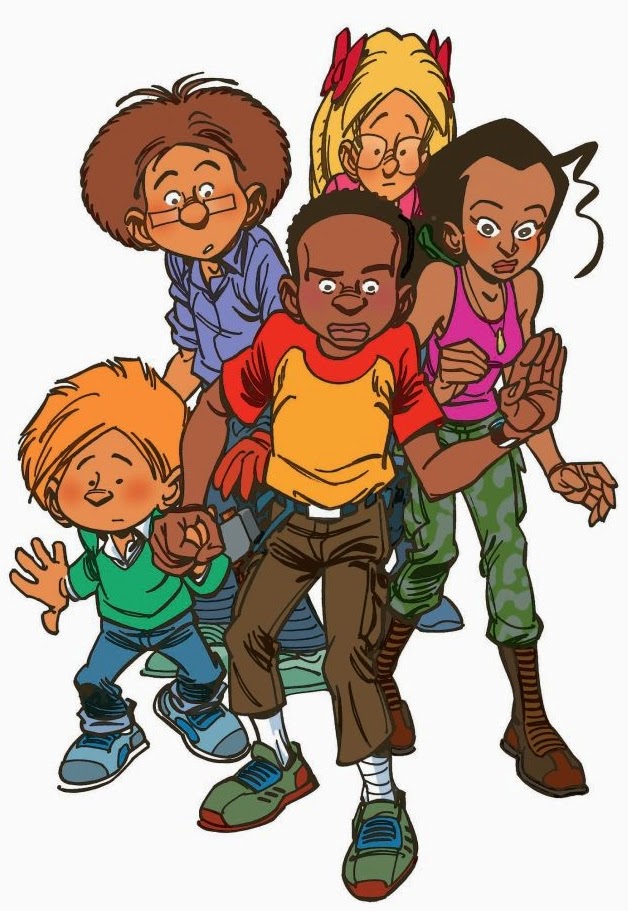 On inspiration and ideas: 'I've long had the idea to make a book about children left to themselves. It was related to my reading of Lord of the Flies by William Golding, which I read as a child and was deeply traumatized by- in the good sense. At the time, I couldn't find the right line of approach, I imagined children on an island, but it didn't really fit- something was missing. And then it clicked: they need to be in town... I want the reader to read what he wants to read with his references to his world. This is not a moralizing story, but there are values. If I had to pinpoint one central theme it would be that they are alone, but together. It's important to me; I find that the collective is super important.'

'I  don't like disaster movies strictly speaking, when the buildings collapse,  and so on, but what interests me is when the universe collapses and seeing how people react to the situation.'

On casting a black character as the hero and central protagonist: 'At first, my characters were pretty stereotypical; I wanted to do something very classic, with very marked characters, paving the foundations to later surprise the reader. But what I'm most proud of is the character who had a difficult childhood and is the de facto leader of the group, the most mature- the hero of the series. He wasn't called Dodzi at the time, but Bruno and I both decided we wanted a main character of colour in Franco-Belgian comics. It's  usually found that a character of colour is often the "sidekick", or a secondary character, and here we had the opportunity to cast a hero, without descending into stereotype and giving him  [and the story] the opportunity to evolve. We've had comments on the fact that our hero is black- people [presumably from within the comics industry] asking whether it was necessary, or whether we were under any obligation (to have a black main character) It wasn't by racism as such, but by proxy. It's often the case elsewhere, you pitch a character of colour and you hear 'I don't mind, but isn't it a bit risky?' [in terms of audience/sales]... But it was a natural choice; I'm proud to have been able to portray different characters and a wider representation.'

Vehlmann: Children never question why a character is of colour. They choose favourite characters based on the actual character, not on the colour of their skin.'
Gazzotti: Our aim was to simply present five normal, everyday characters who you'd find in real life, from various backgrounds.'

I know Cinebook are releasing the second book in the series a few months after this volume, but to all intents and purposes this is a really terrific all-ages series- beautifully illustrated (look at that art below!), great story, representative, and one that's worthy of your support. If you live in the US or Canada, and aren't sure where to get hold of Cinebook's releases, I know for sure they're listed in Previews, so ask your local comic book store to order it for you. Alone: The Vanishing was due for release on April 24th (that adte might be one week here or there). 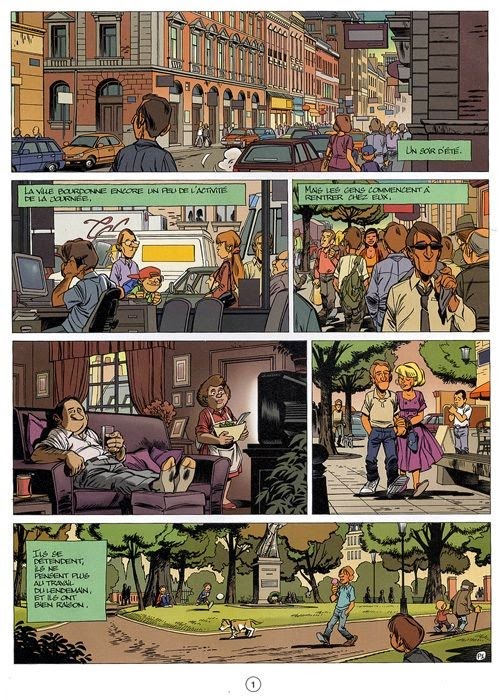 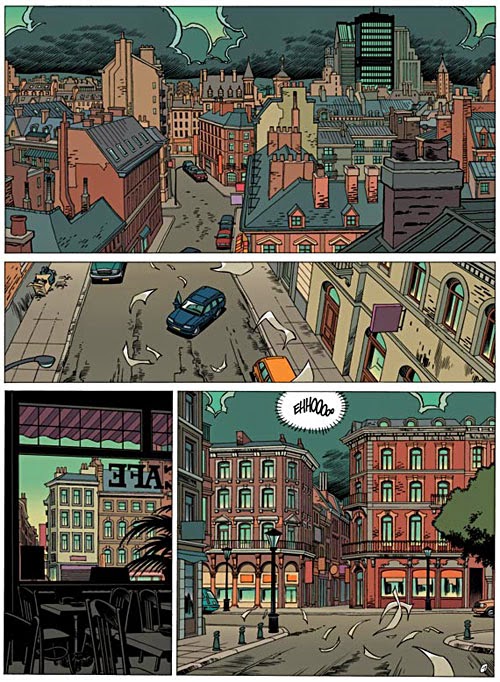 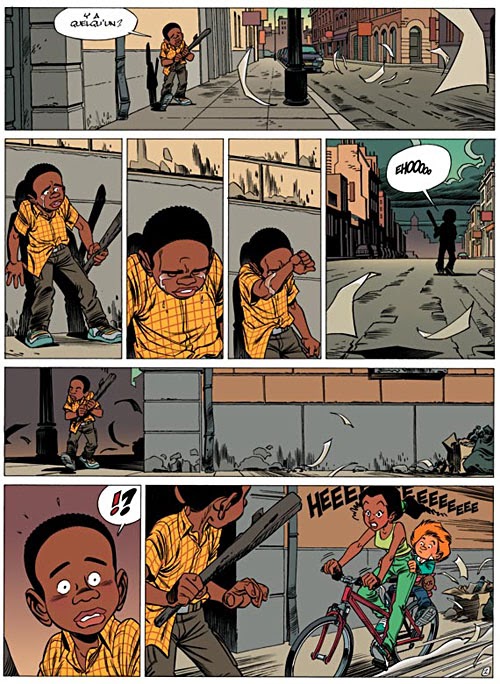