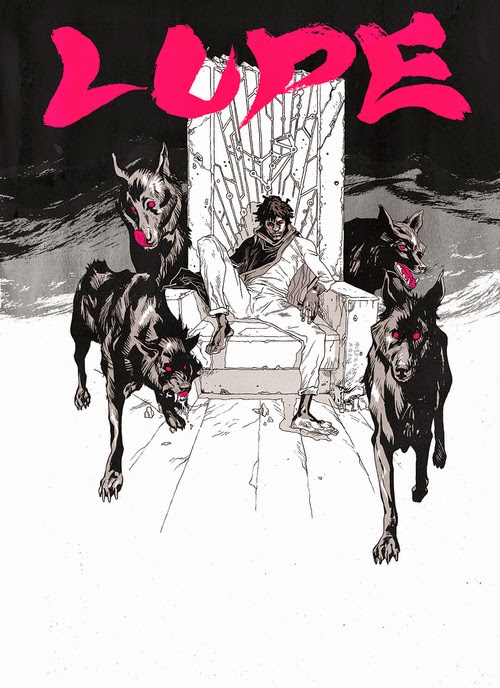 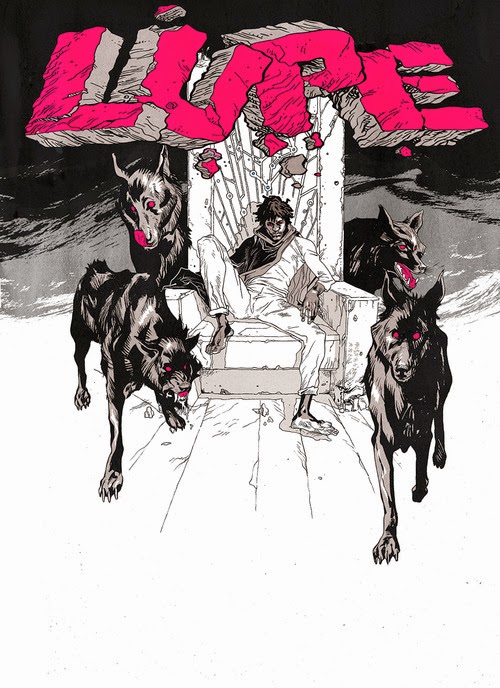 It's Friday, and I always like to start with something untaxing, preferably great art, which this week comes courtesy of these Akira-inspired pieces that Ronald Wimberley created for Lupe Fiasco's Tetsuo and the Wolves tour, which remained unused. The height of cool.

The big news this week was the announcing of the Eisner nominations, and from a UK-centric point of view, it was fantastic to see so many British books, publishers and artists recognised and in the mix. There were nods for Luke Pearson and Hilda and the Bird Parade, Tom Gauld's collection of strips (published with Drawn and Quarterly, Nobrow 8: Hysteria for best anthology, Isabel Greenberg and The Encyclopedia of Early Earth (how well is that book doing?), Rob Davis' Complete Don Quixote, and more. From the articles I've read, the general response has been largely positive; with nominees gathered from every corner of comics, representing a spectrum of styles, genres and even 'scenes,' which is a hugely positive thing to see. I suppose I should address the nomination of this blog for 'Best Comics-Related Periodical/Journalism' along with Comic Book Resources, TCJ (both print and online versions), and Multiversity. I would say I'm grateful to Tom Spurgeon for not entering this year, but only time will tell. More seriously, congratulations to everyone who was shortlisted; it's certainly a nice feeling to have your efforts validated in some small way.

The other big news (since the blog returned from last week's break) was Amazon's purchase of Comixology, and at this point I will direct you to the Comics Reporter who has a more thorough look at things as they stand, and possible impact. I'd think the more immediate impact is probably if comics purchased will be retained or not.

I'd not come across these Bill Watterson editorial cartoons before, done some time in 1982, before Calvin and Hobbes. Interesting historically, and to note what looks like the use of watercolours.

Steve Morris talks to Kate Brown and Neil Cameron about their new comic, for kids weekly comic, The Phoenix. Pretty excited about that one- both Cameron and Brown do stellar work, and Brown's illustrating this one- which looks slightly similar in vein to her amazing, and unfinished Spider-Moon.

If you've not seen it yet, Bruce Timm produced a beautiful new short to celebrate Batman's 75th anniversary:

Some things you come across which are equally befuddling and amusing in an odd way: did you know, for example, Frank Cho dislikes Superman very, very much? So he jumped at the chance to do a commission that required him to re-do a pivotal scene from The Dark Knight Returns.

I came over these old Garfield Halloween strips, which essentially implied that the whole narrative of Garfield was that he'd been dead a long time, living in an abandoned, decaying house, his life with Jon and Odie a figment of his lonely, denial and grief-struck imagination. But not really, thank God.

Fantagraphics released the cover to Eleanor Davis How to be Happy and it's strikingly beautiful- the top image is the front cover, and the bottom one the complete wrap-around. The book releases in August sometime, I believe. 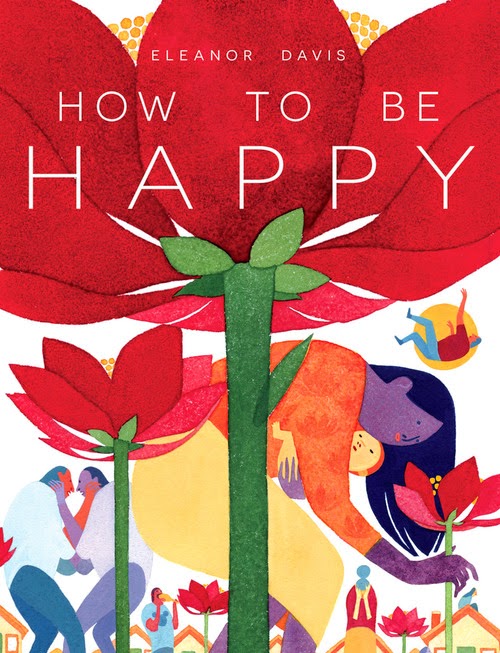 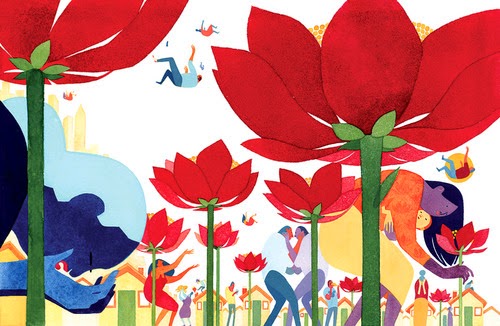