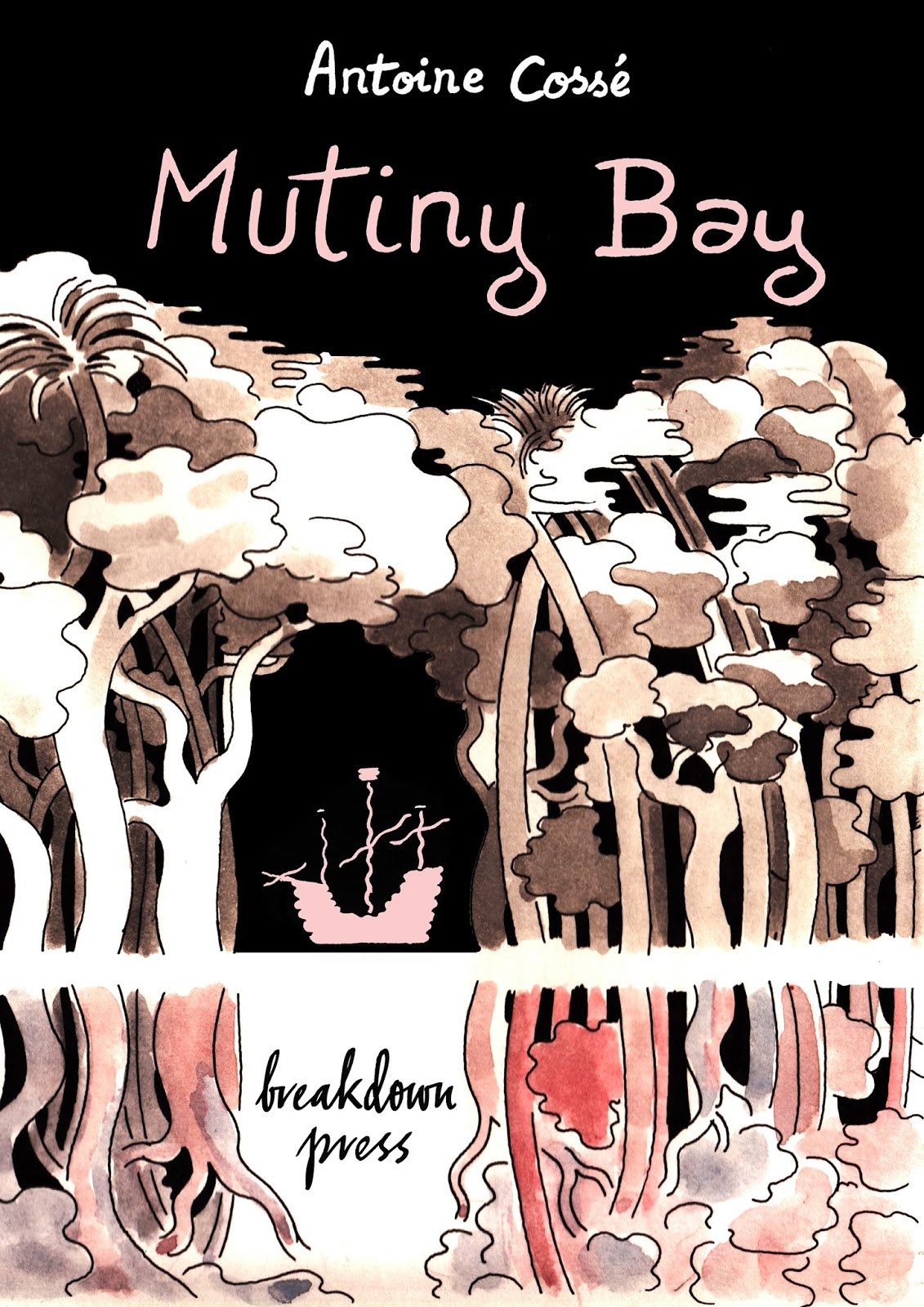 My friends, I'm so excited about comics right now- I got through periods where nothing looks good to me, but that's more a mindset, and a result of having so much to go through that you sort of become resistant to it. But not today! Today there's lots to share and be excited about- primarily Antoine Cossé's new upcoming book with Breakdown Press: Mutiny Bay. The British small press publishing imprint released the cover to Cossé's book on Tumblr yesterday- and it's a beautiful looking thing- as are the pages Cossé has been sharing on his blog. Breakdown were kind enough to provide a preview for your viewing pleasure, and I've added in some of my favourites, pulled from Cossé's Tumblr.

Mutiny Bay sees Cossé take on the tale of the Armada de Molucca, a Spanish fleet consisting of five ships , led by Ferdinand Magellan in a bid to discover a South American strait that would expedite trade with the Indonesian Spice Islands. The fleet left Seville on the 10th of August 1519, with only 2 ships making the completing the journey to the Spice Islands in 1521, and one ship eventually returning to Spain 3 years after they had set out. Cossé follows the journey of Captain Magellan and his crew, as months later, in a deserted and inhospitable land, mutiny brews, two men are marooned, and the world explodes in a riot of hallucinatory colour.

Cossé previously released his graphic novel, Kiddo, in 2012, as well as producing J.1137 with Breakdown Press late last year, and is currently part of Retrofit's line-up. The French illustrator is returning to live in Paris this year, so enjoy his English-language work while you can. Mutiny Bay will be published this summer, at approximately 150 pages in length. 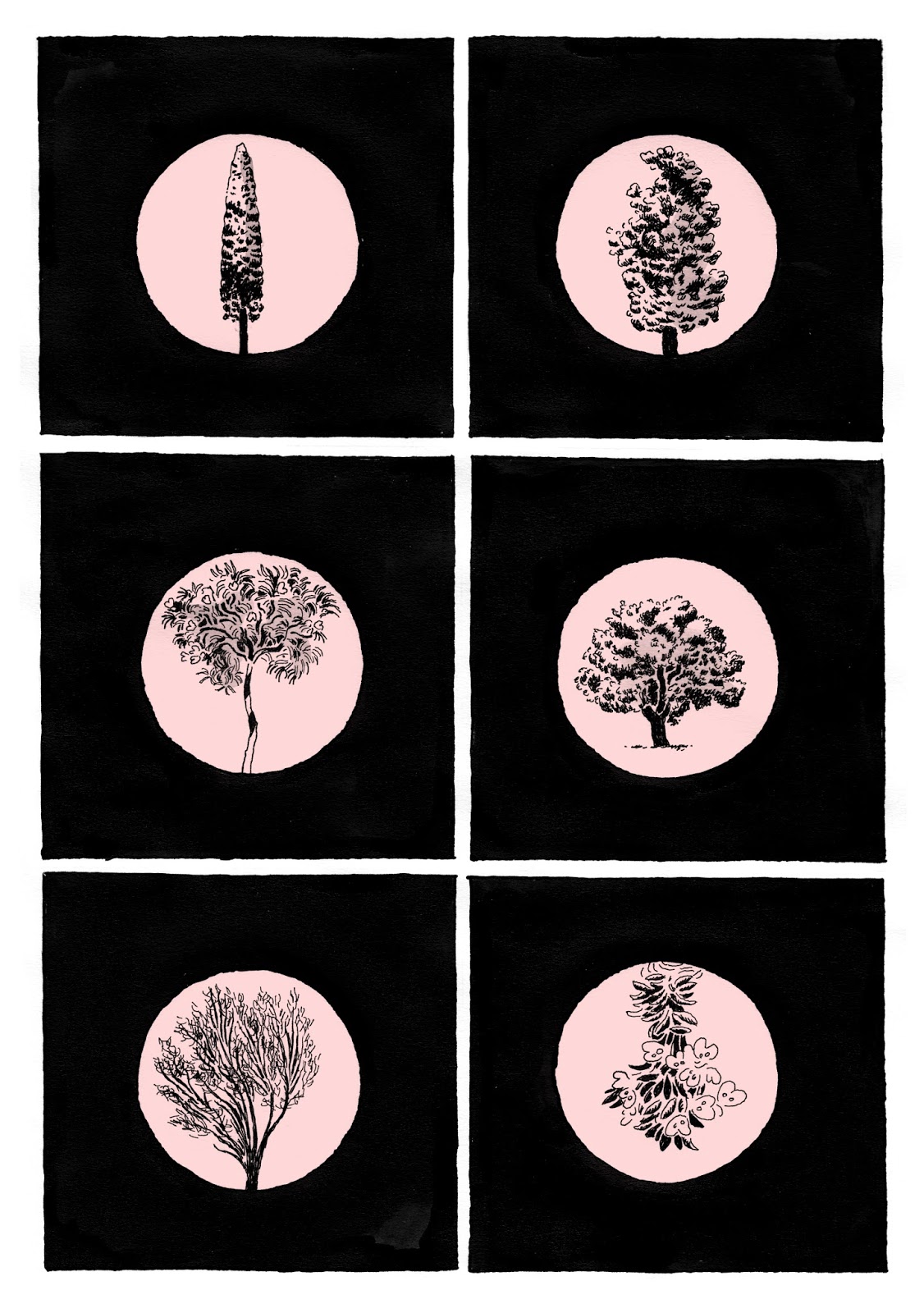 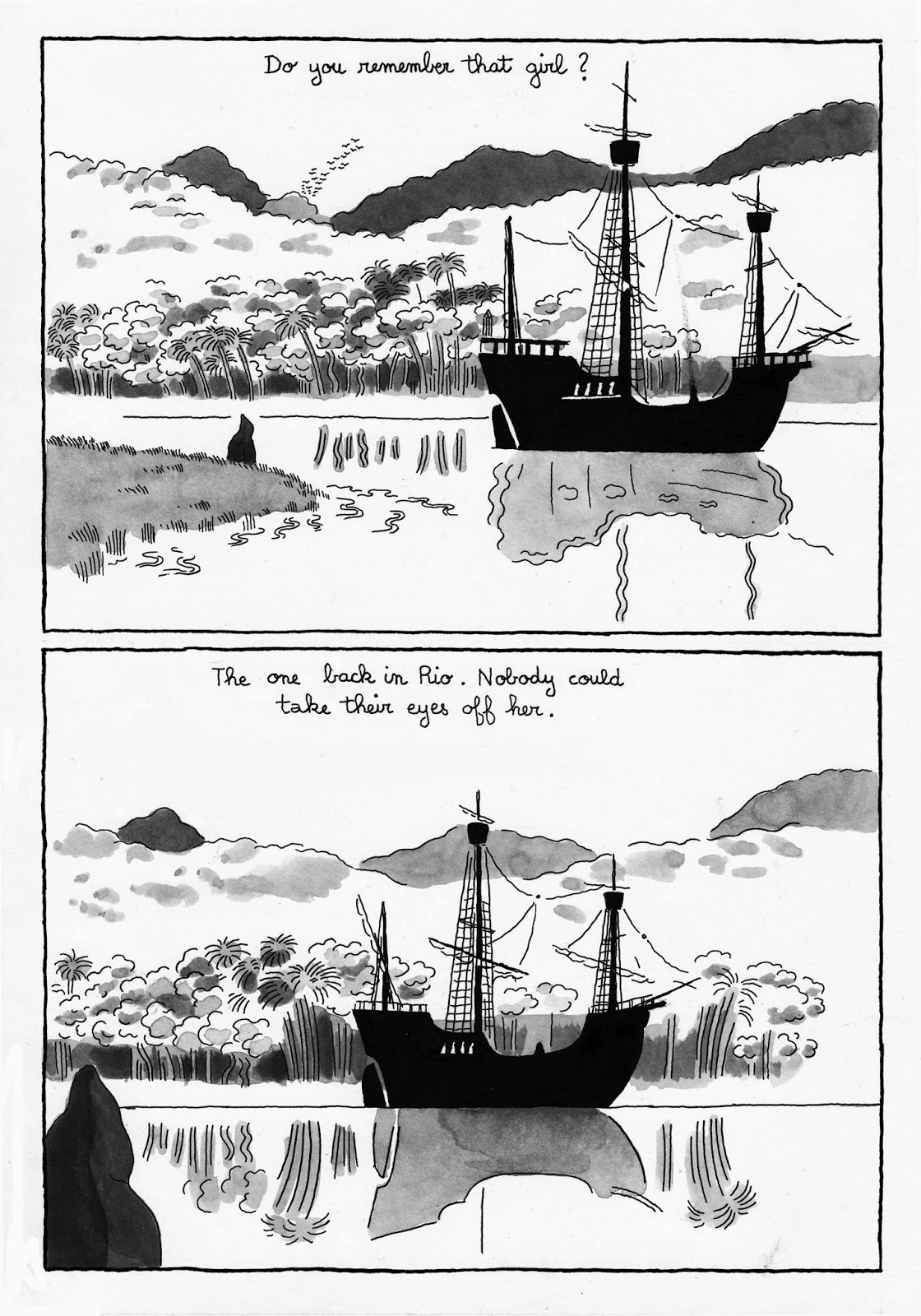 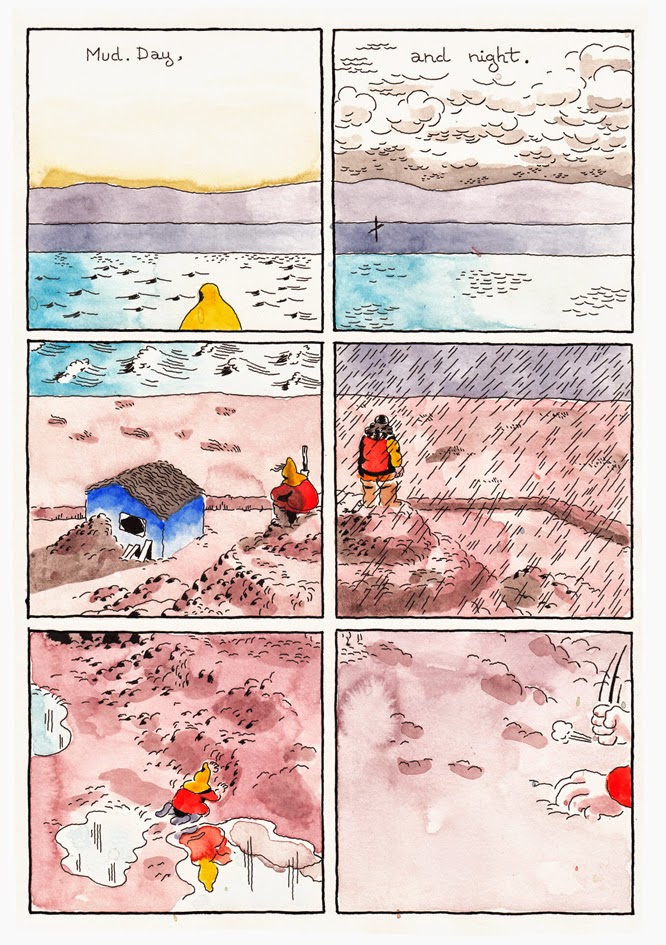 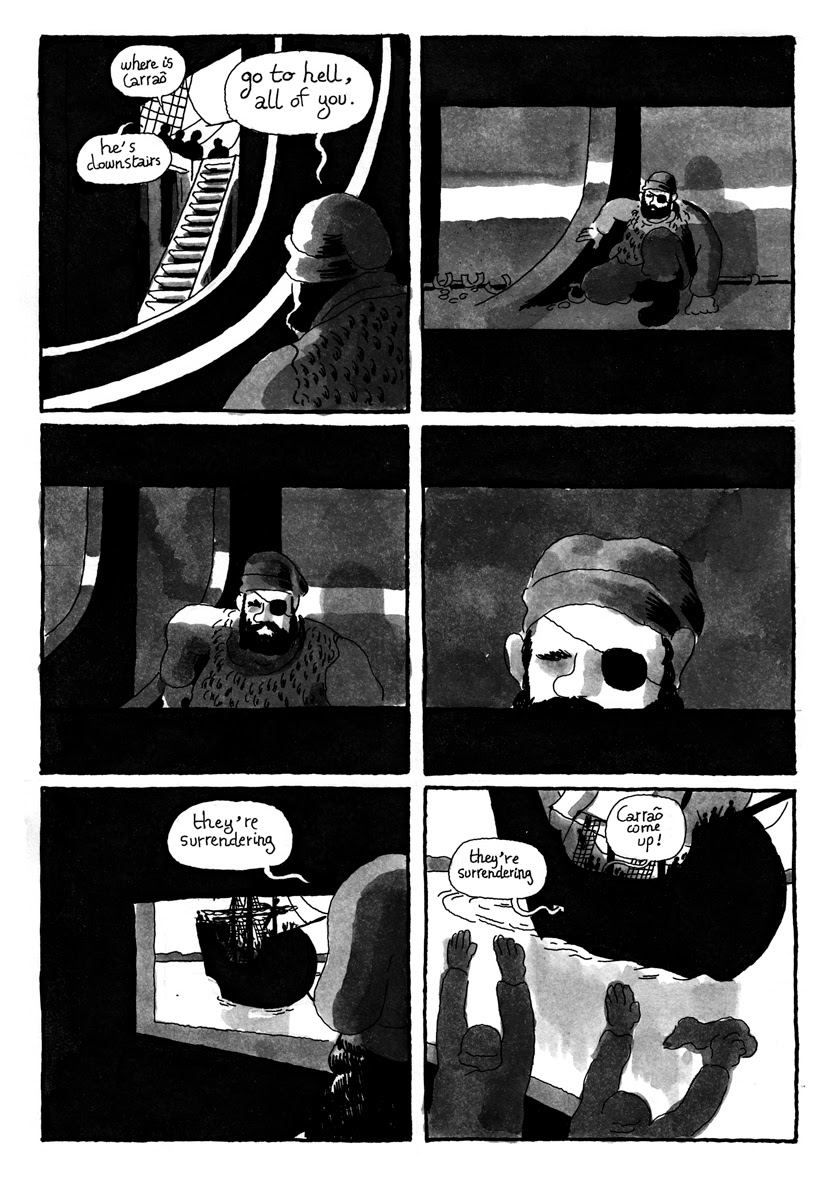 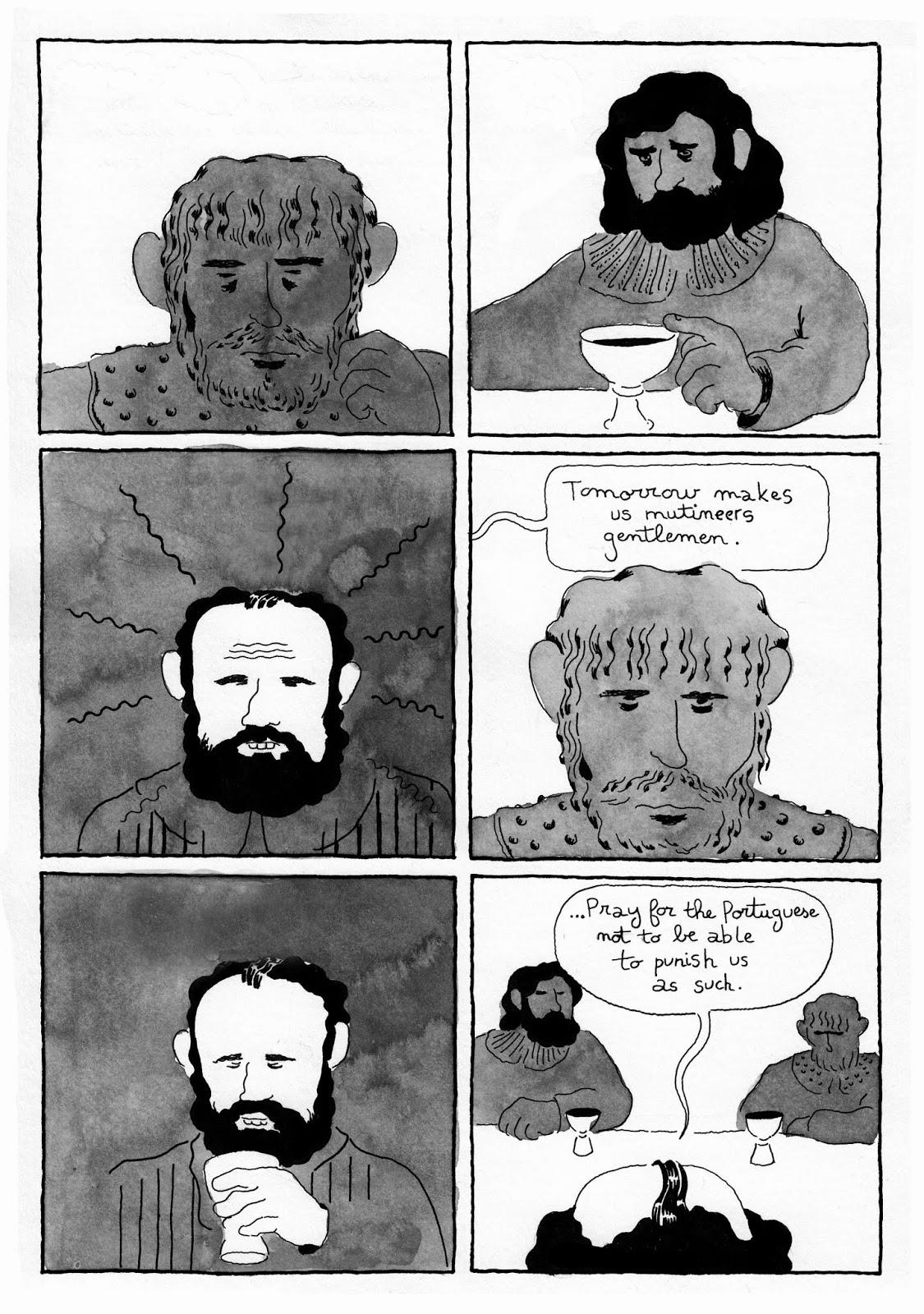 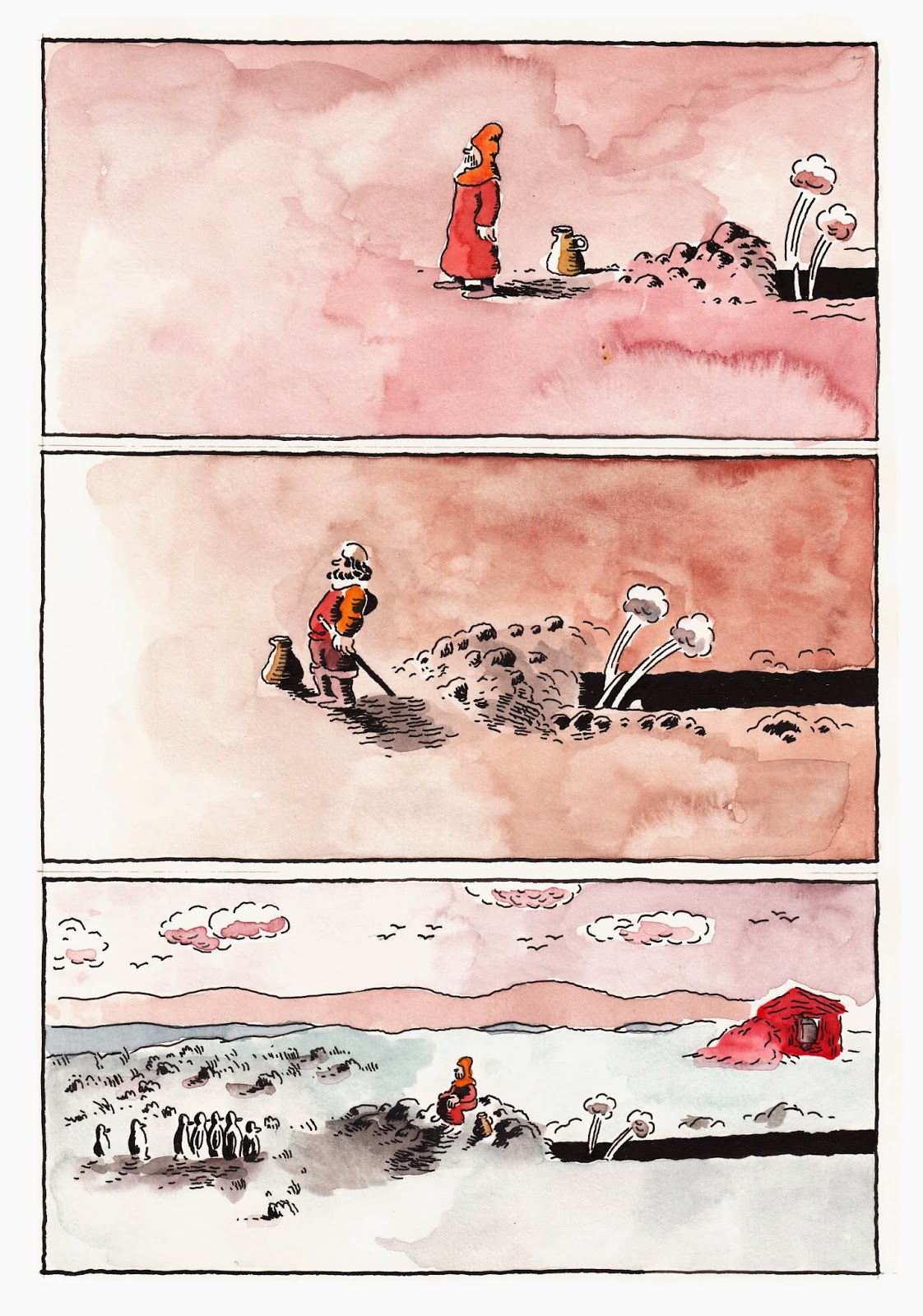