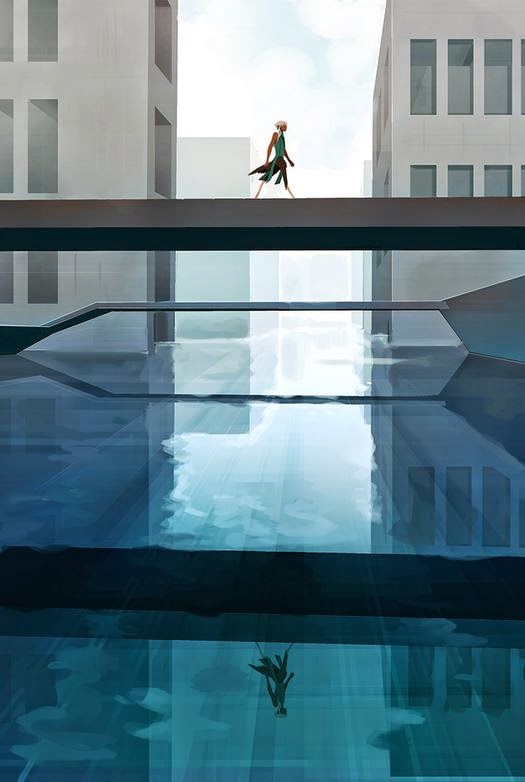 I came across this fantastic web-comic this week, which I'd not heard anything about- that may just be me- I'm not the greatest with keeping up with web-comics. Written and illustrated by artist Heather Penn, Thermohalia does a superb job of quickly establishing characters, and blending mythos- mermaids, robots, a walled, Venice-like city- to build an original world. There's not a great deal of it yet (which should encourage you to read what there is), but Penn's introduced her cast members and the two narrative stands that are already merging.

On the one hand you have Coi an inquisitive young woman/mermaid who's been taken under the wing of 2 larger, serpentine mermaids- they appear to be of a slightly different species, as Coi is able to walk on land, her tail morphing into legs, and live under water, with ease, as well as having a more human-esqe appearance. the mermaids live in a vast body of water outside a great walled city- built, apparently, to keep them out, and separate from those who reside within. While Coi is curious as to what lies beyond, her adoptive guardians are happy with the status quo, and confident that the wall will keep her from further investigation.

Meanwhile, inside the city, a group of friends are working on fixing their robot, Heghera, as they prod around in his head. Cashel, the leader of this little outfit, has given Heghera bird legs to make him stand out- something which Heghera, in turn, loathes. There's a callous streak to Cashel, who makes sure Heghera carries business cards with him while he runs errands, should people ask who created such a specimen. But enough about the story, I really love what Penn's created here; the world and storytelling feels strong and well-realised, and the mix of digital and painted art-work looks a bit nifty- breathtakingly beautiful in places. I'm always happy to see new takes on mermaids and robots, too, so this hit all the right spots for me. Looking forward to seeing where it's all going.

You can read Thermohalia here 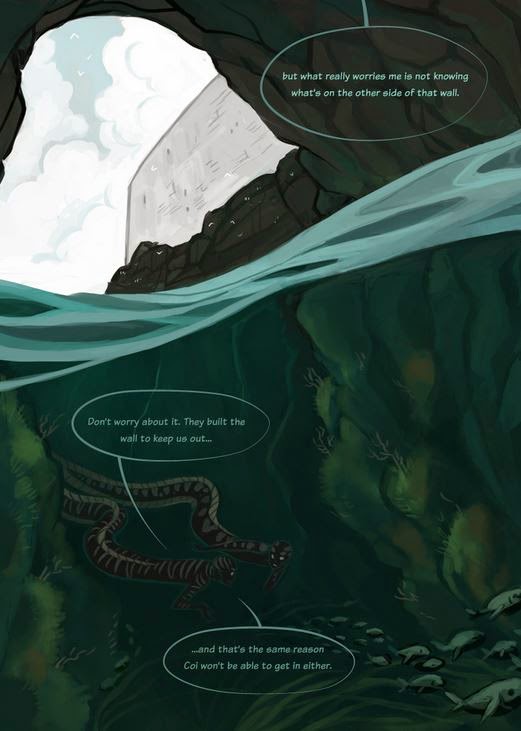 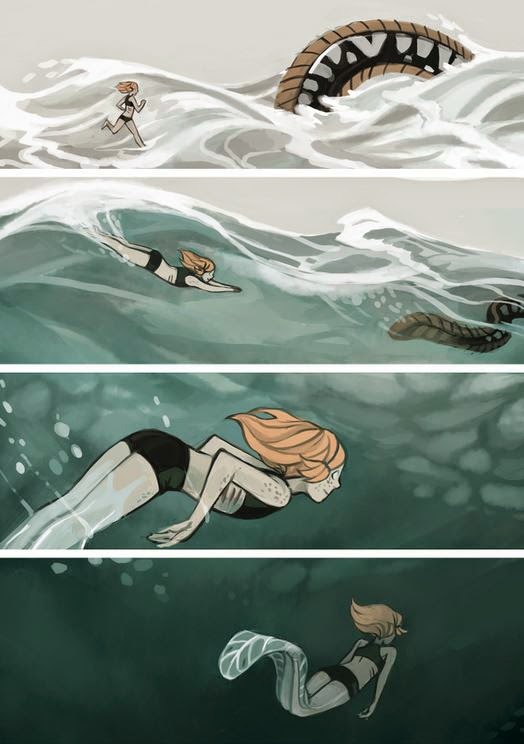 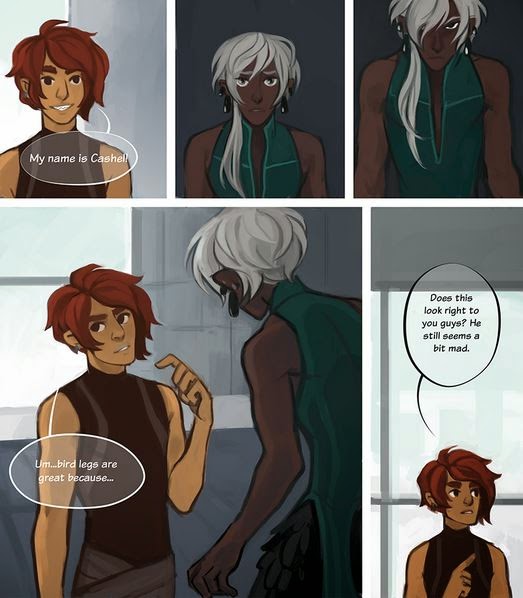 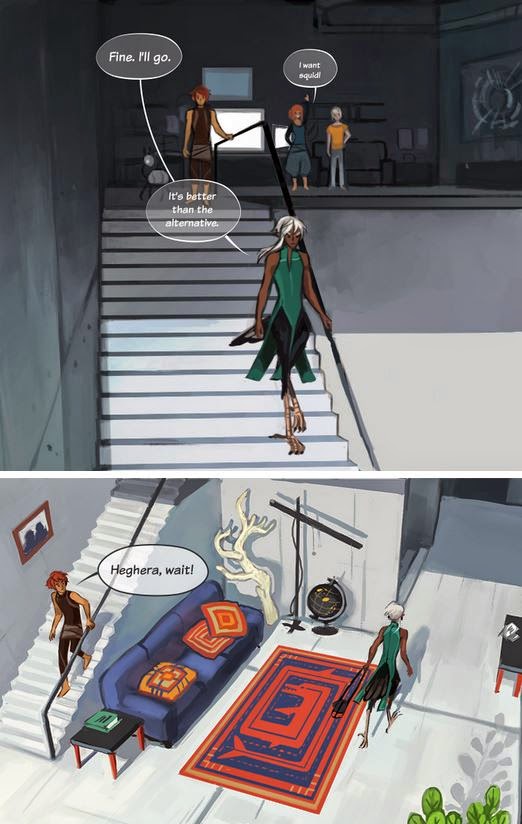