Some of the comics I'm most excited about right now are Japanese comics; I talked about finding it difficult to get a foothold into manga, but that's now a thing of the past, and I'm having a great time just searching through a hosts of titles, trying things, adding books to my wishlist. I've been the most voracious reader since I was a kid, although it was all Enid Blyton, The Hardy Boys et al back then- and for me, one of the best feelings is discovering new books, series and authors that you've never read, knowing that there's more- knowing that you have the authors back catalogue, or a whole series, to go through. A lot of the time, that means reading older material, which I don't mind, but has probably already been extensively covered.

Anyhow, Taiyo Matsumoto's become one of those creators whose work I've been slowly trying to pull together- I have all the Sunny books, but have not read his earlier books, Tekkon Kinkreet, or Blue Spring yet. Instead, Sarah (Horrocks) convinced me to go with Matsumoto's GoGo Monster, published in English in 2009, and I had to do a quick post on the book design because it's gorgeous (and that's the kind of person I am, sadly). The book is a 464 page hardback, and comes in a through slipcase (open at both ends). One of the reasons why it looks so beautiful is the reason I like Matsumoto in the first place: his art (that and he writes about childhood and adolescence really well, particularly boys going through those stages). At first instance -and in black and white, especially-  his art looks weird- more so, perhaps, due to the derivation from the normative cues you generally get from a lot of manga. It's a blended approach of more 'real' illustration; proportionate figure-work, etc., but then there's a quality to it, a surrealness that allows it to carry emotion so well. I think that's one of the things I get from his art- his illustrations seem to convey almost more than the text.

While some of his pages in Sunny are coloured (they generally look somewhat like this, or this), the brighter colours against the stark, glossy white background here really pop, and are gorgeous to look at, especially the back cover on the bottom right photo here. The page edges have been dyed red and make up a floral pattern- it's a technique I've never liked when it's used on prose books- too gimmicky somehow- but it sits better with the more visual aspect of comics- the association of colour and illustration. Monster's story is about a young boy who inhabits two-worlds- one in which he's a loner kid, bullied by his classmates, scolded at by his teachers, and the other in which great supernatural beings are locked in a battle with evil spirits- a battle and life which bleeds out into the former. The front and back covers represent those two sides to an extent: on the front cover Yuki has his head on a desk- he, the desk, and the flower above his head are all rendered in finely lined black-and-white- it's a flat empty-ish image, but on the corners you have tendrils of sumptuous fauna, birds, and creatures creeping in. They're creeping in from the back cover, which when you turn over, is just filled with vivdily-coloured, strange and sumptuous animals and beings- all very friendly looking, which is just as well, because they're looking at Yuki.

Really looking forward to reading this! 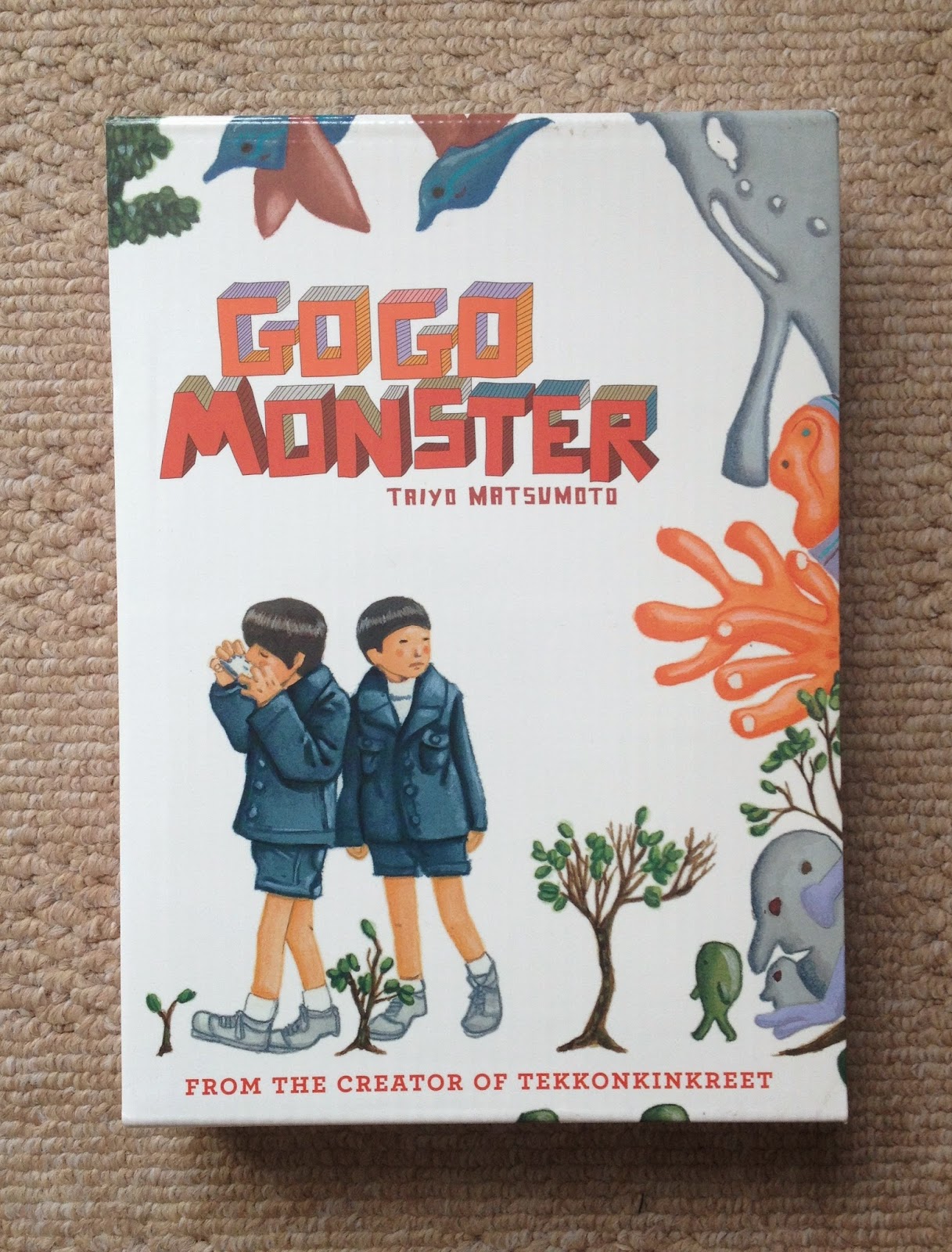 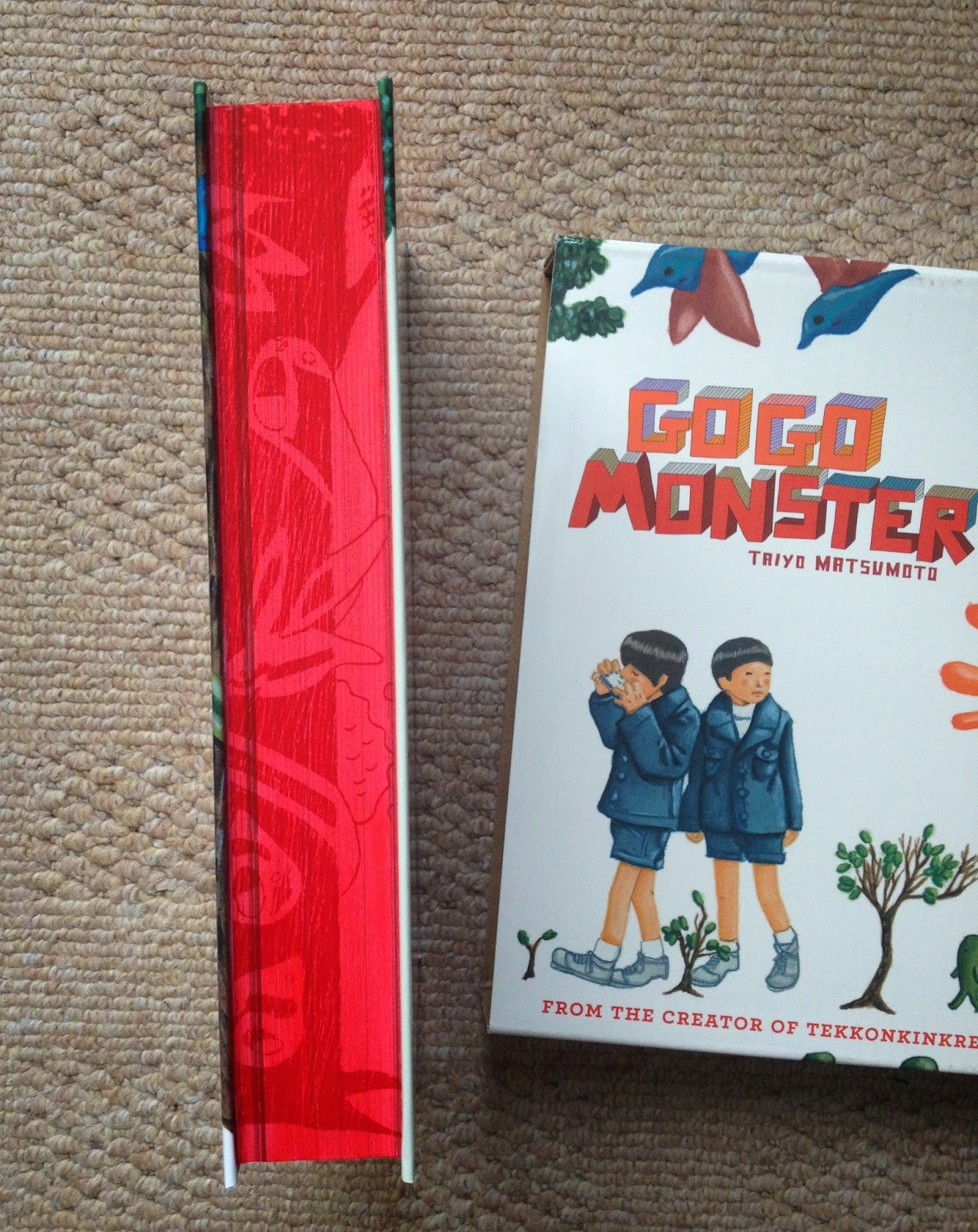 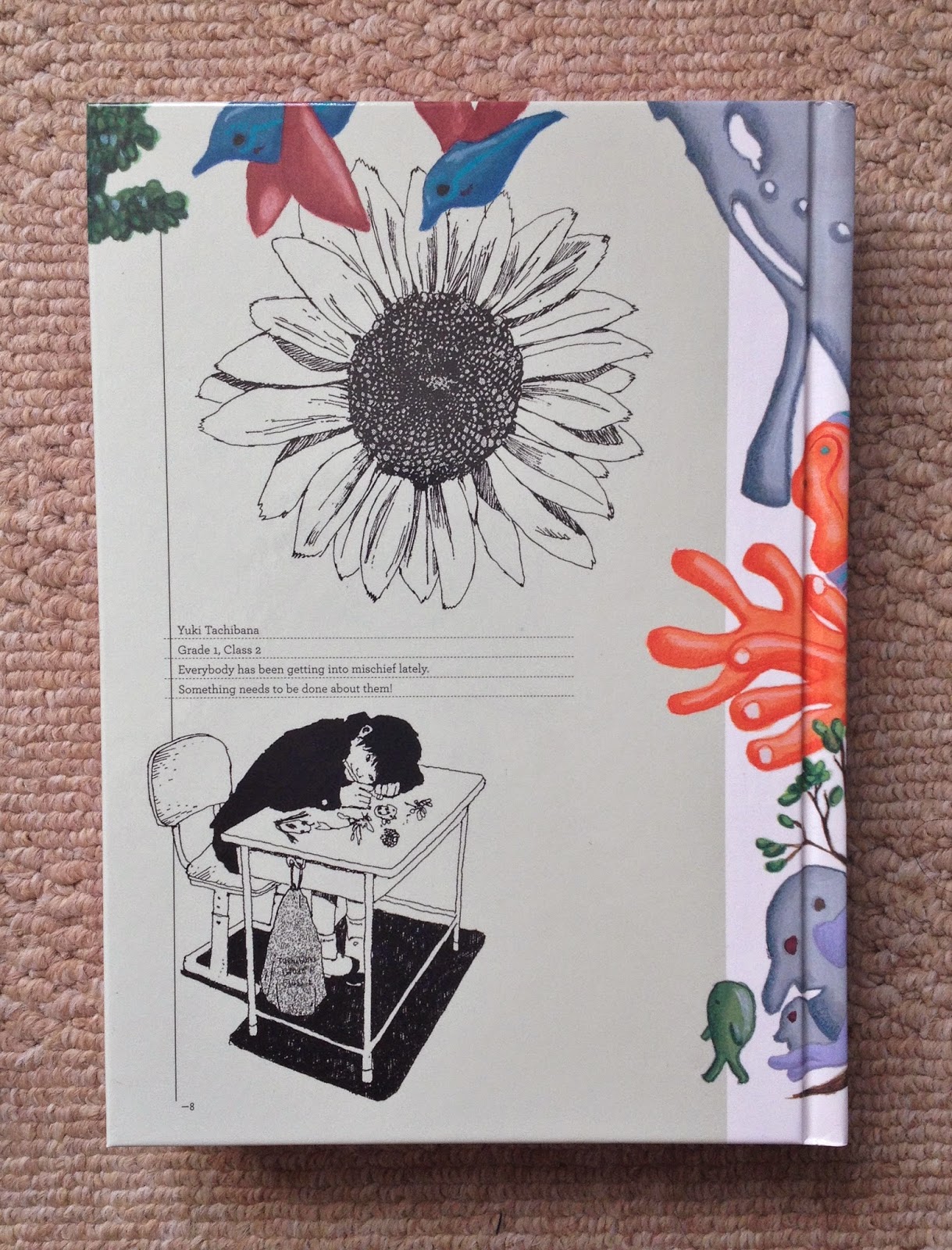 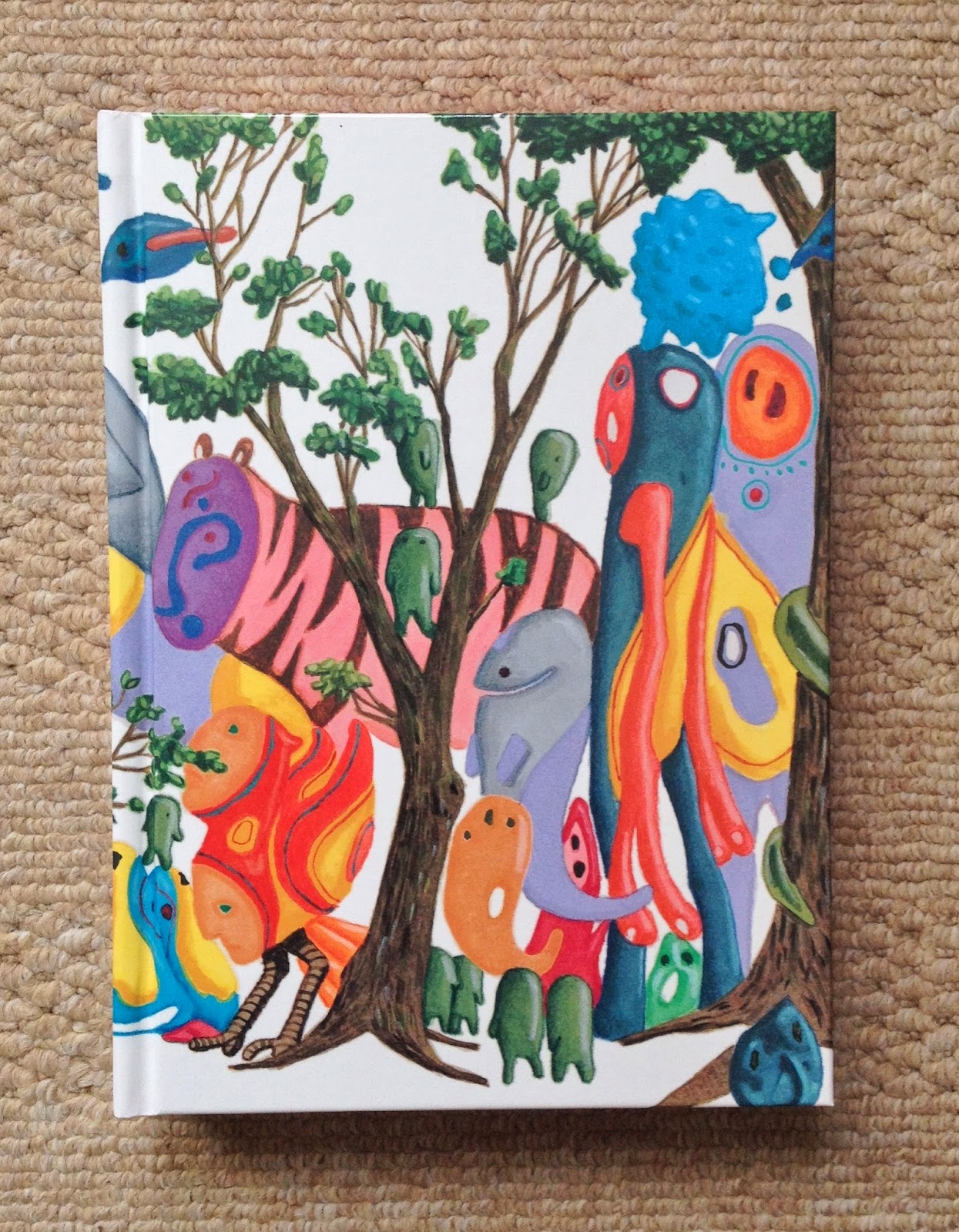