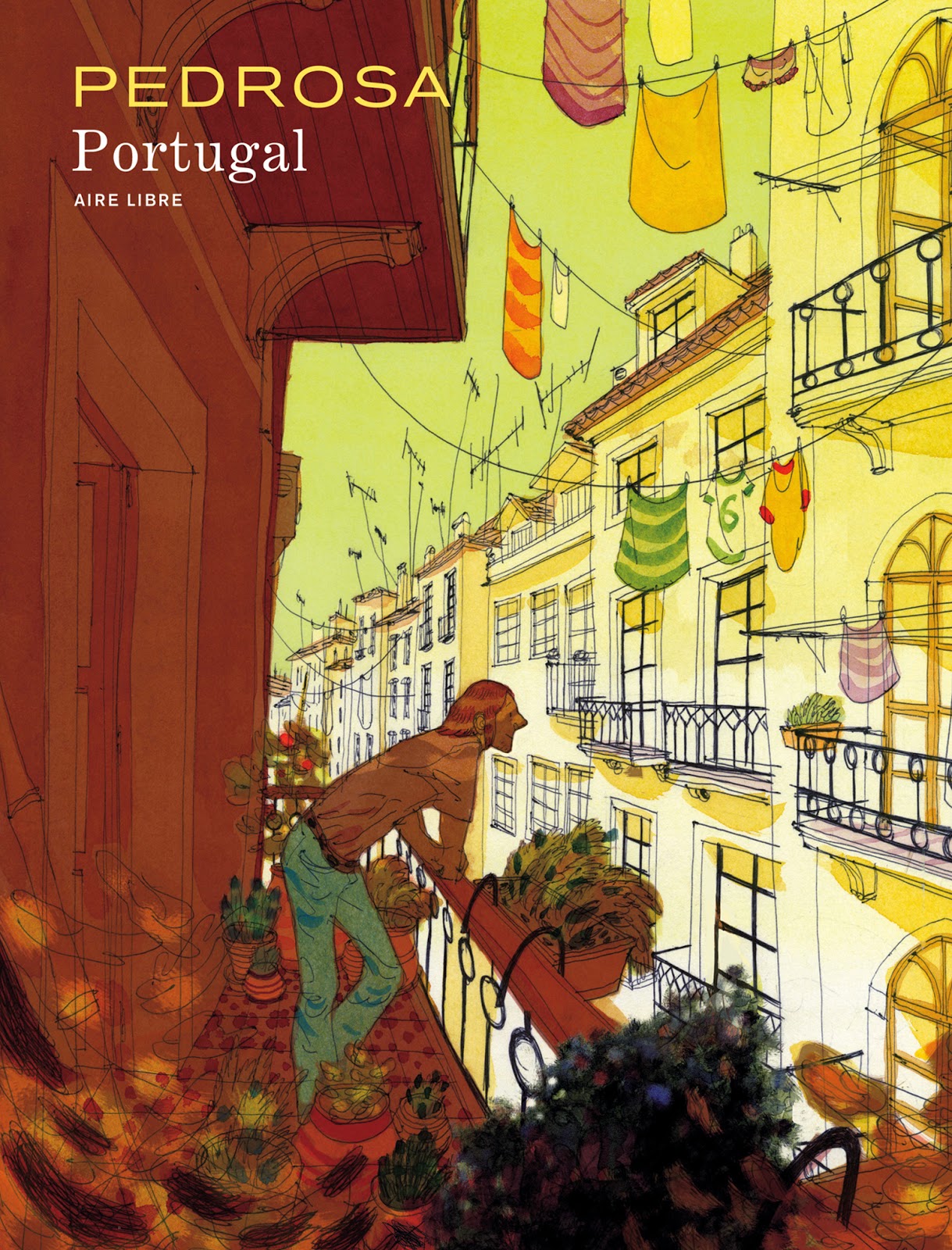 Writing about Cyril Pedrosa last week got me thinking about his comics work. There's not a lot of it, frankly- Les coeurs solitaires (The Lonely Hearts), Three Shadows, a couple of volumes of Autobio (a musing, ecological biography), a few series with David Cahuvel- Shaolin Moussaka and Ring Circle, anthology contributions here and there, etc. Okay, so he's done more than I thought- but his best work is undoubtedly where he takes up both writing and illustrative duties- to that end both Three Shadows and Portugal are superb.

Portugal is Pedrosa's 2011, 261 page, Angouleme award-winning book and his most notable work to date. The plot sounds like something semi-autobiographical: a cartoonist is disenchanted with his job as a teacher, and slowly becoming disengaged in other areas of life, also, much to the frustration of his girlfriend. So when he's invited to spend a few days in Portugal, where his family is from and where he has not been since childhood (again, like Pedrosa), he views the opportunity as something that may rejuvenate him, and kick his mind and life back into gear: 'an introspective tale exploring the folds and recesses of an uneventful everyday existence, which has become devoid of colour and flavour. It is also the story of rebirth, through the rediscovery of a childhood place, shrouded in the haze of memory.'

It looks utterly gorgeous: the watercolours on Pedrosa's pencils remind me of Gipi, but Gipi doesn't really use rich, strong colours- the book's colouring is credited to Pedrosa and his oft-used collaborator, Ruby. Looking back at these sketchbook paintings, though, the colour palette is very much in keeping with even his 'rough' work- I'm not sure who coloured Christophe Blain's Gus and his Gang (Celmence? Walter Pezzali?), but the manner in which a page encompasses whole blocks of colour or wash, from panel to panel, to signify shifts in lighting, mood and emphasis is very similar. It's a gorgeous book, and one I really hope gets given a English language translation at some point. 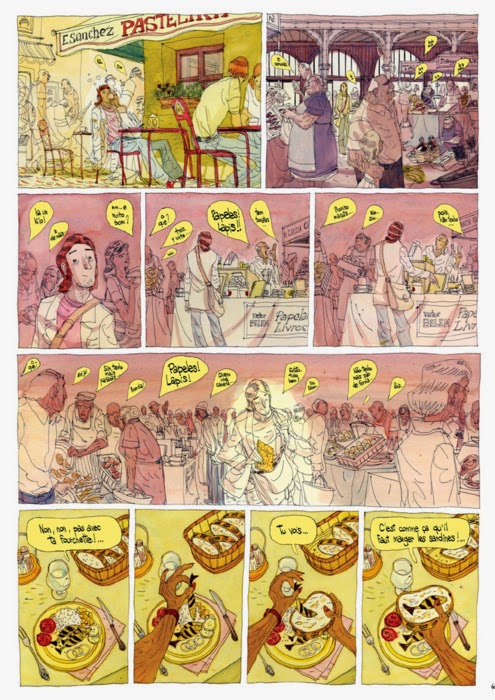 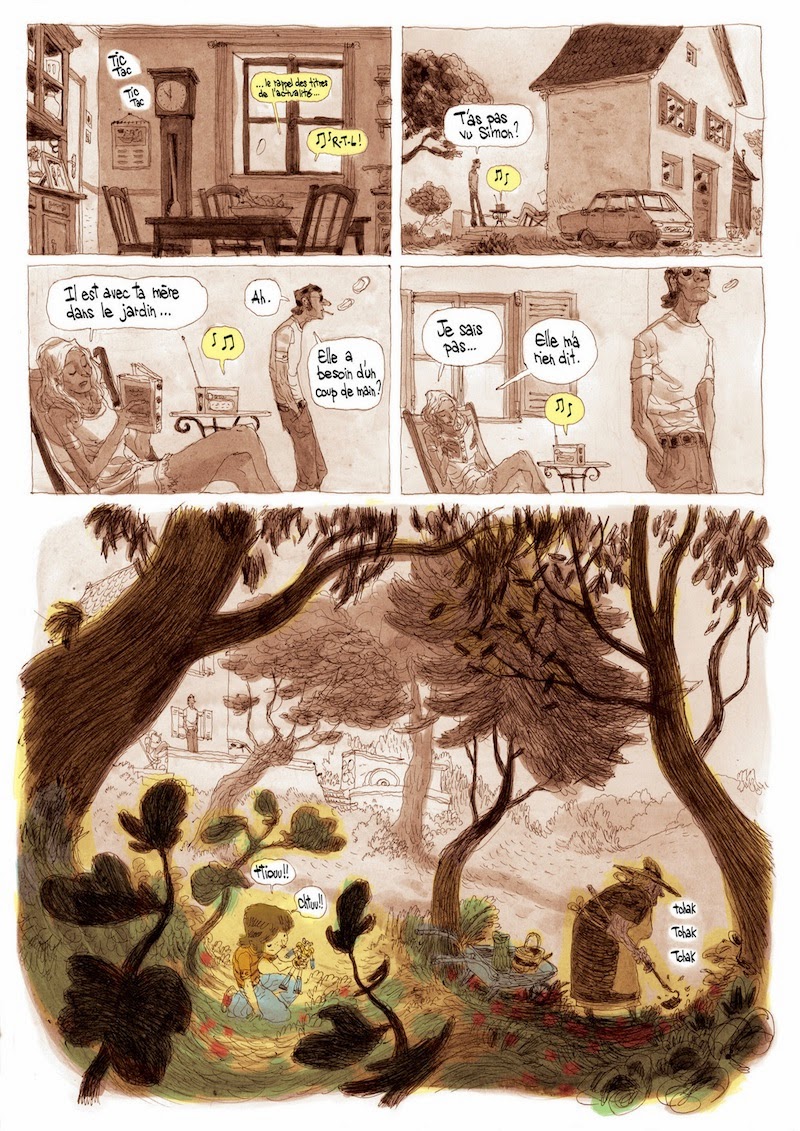 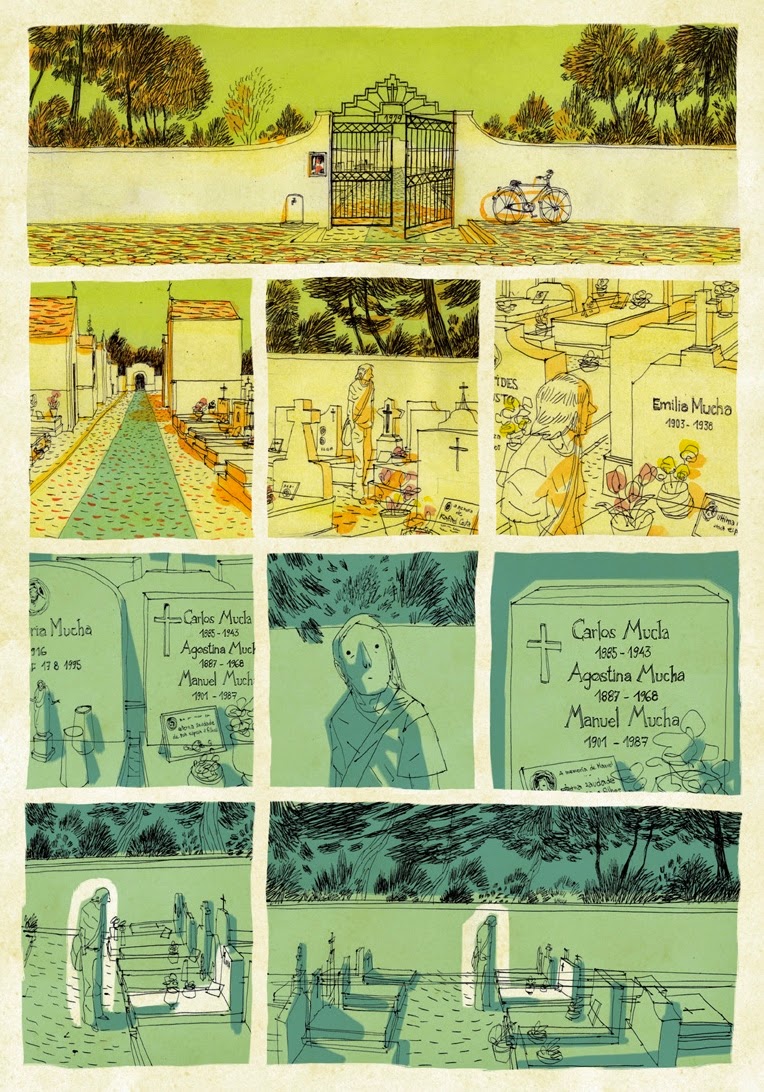 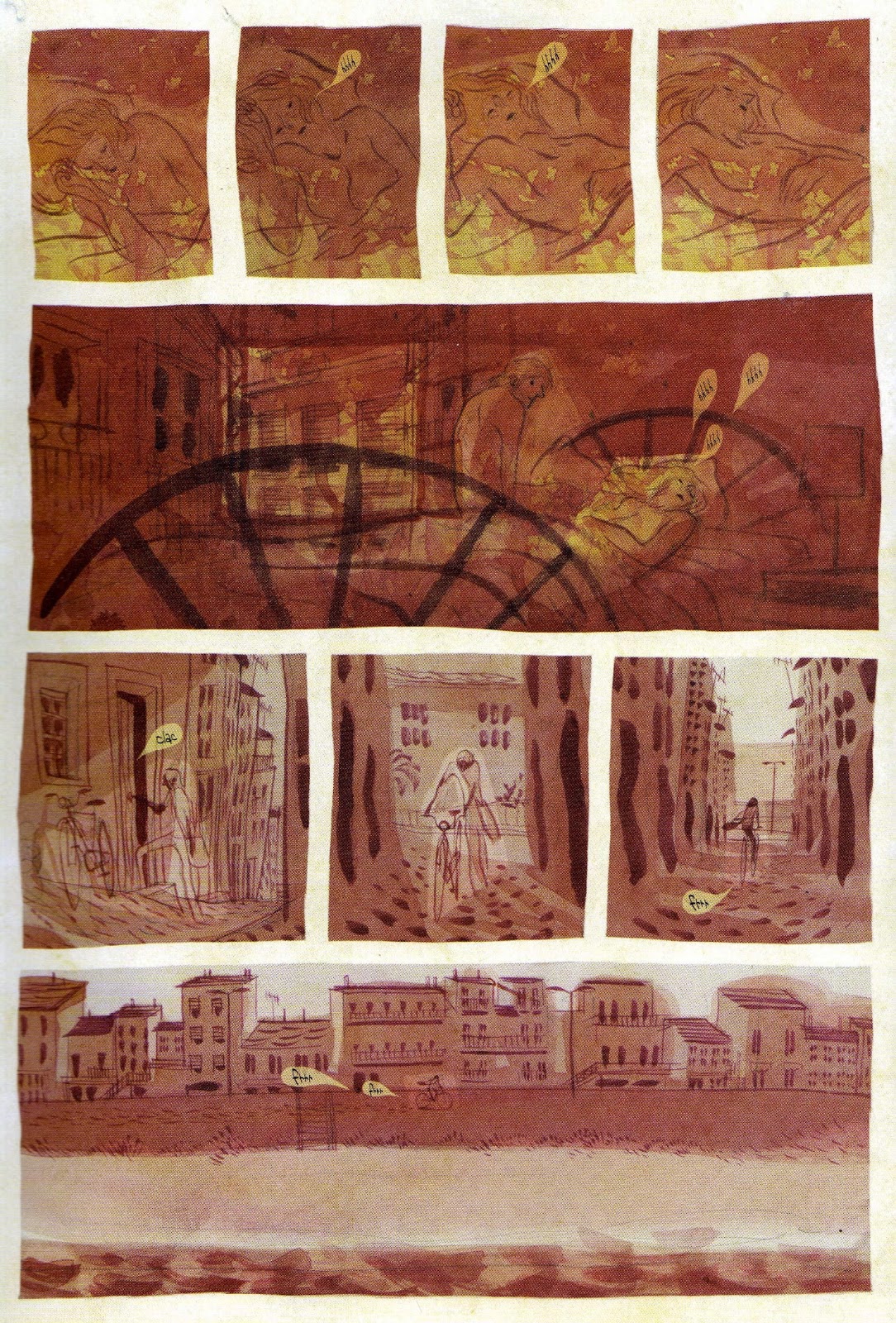 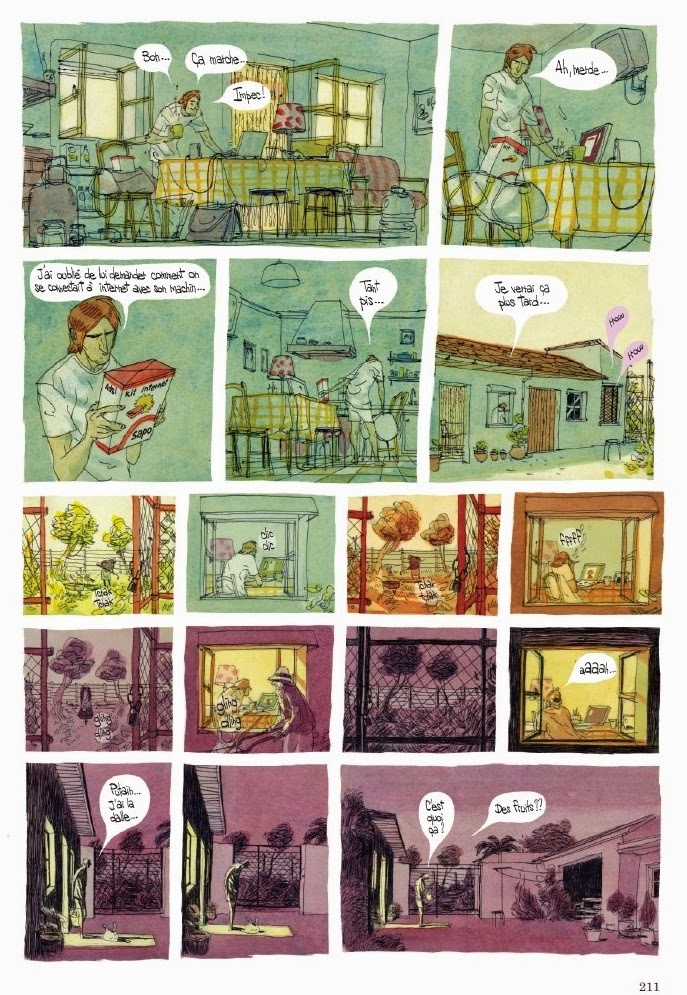