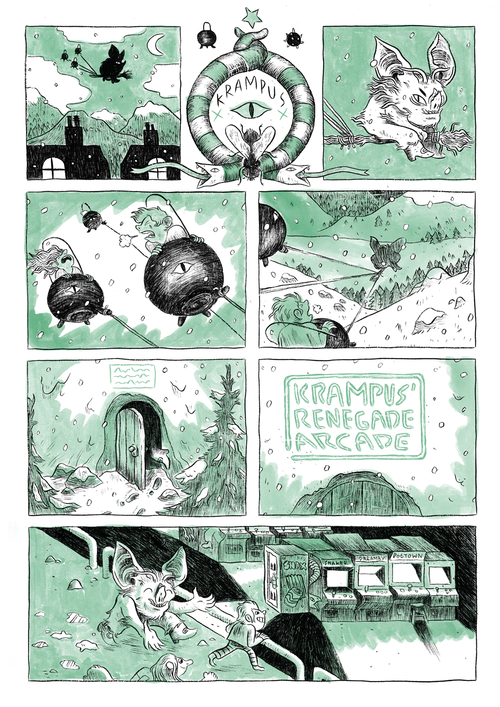 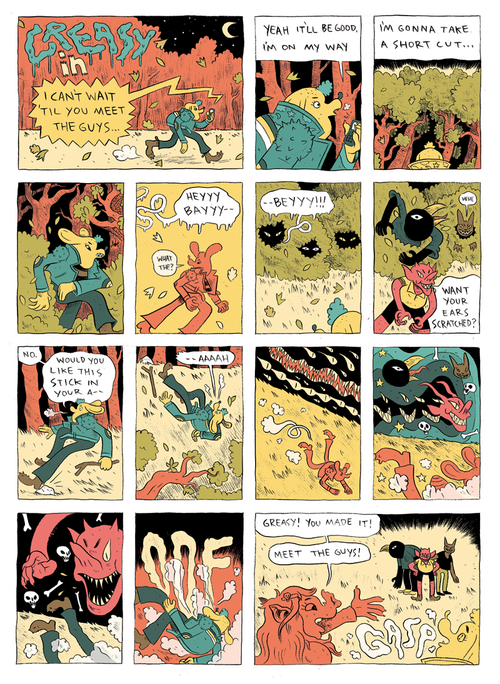 The last comics shelfie before I go on holiday (no need to worry- it will be back in its regular slot in a fortnight; I'm just excited about my holiday), and it's the turn of the ace Isaac Lenkiewicz, author of Giant Fighters, Dead Cats of Plum Street, illustrator on Triassic Terrors, contributor to Nobrow's Showcase anthology, and the artist who created the fab coke-swilling, book-reading frog header for this very blog. I've talked about Isaac's work a few times here, and I hold his cartooning in the highest regard- I think he's one of the best comic creators working in the UK (although he doesn't produce nowhere near as much work as I'd greedily like him to)and his work is such a pleasure to look at- especially the clarity and cleanliness of his lines. I know it's customary to do so, but go have a browse of his Tumblr blog to see the quality of beautiful work on show and the extent of his talent. His shelfie is a high-quality, eclectic mix that probably more closely mirrors my own tastes than anyone else so far, if you discount the fact that my shelves are nowhere near this tidy or organised. But over to Isaac: 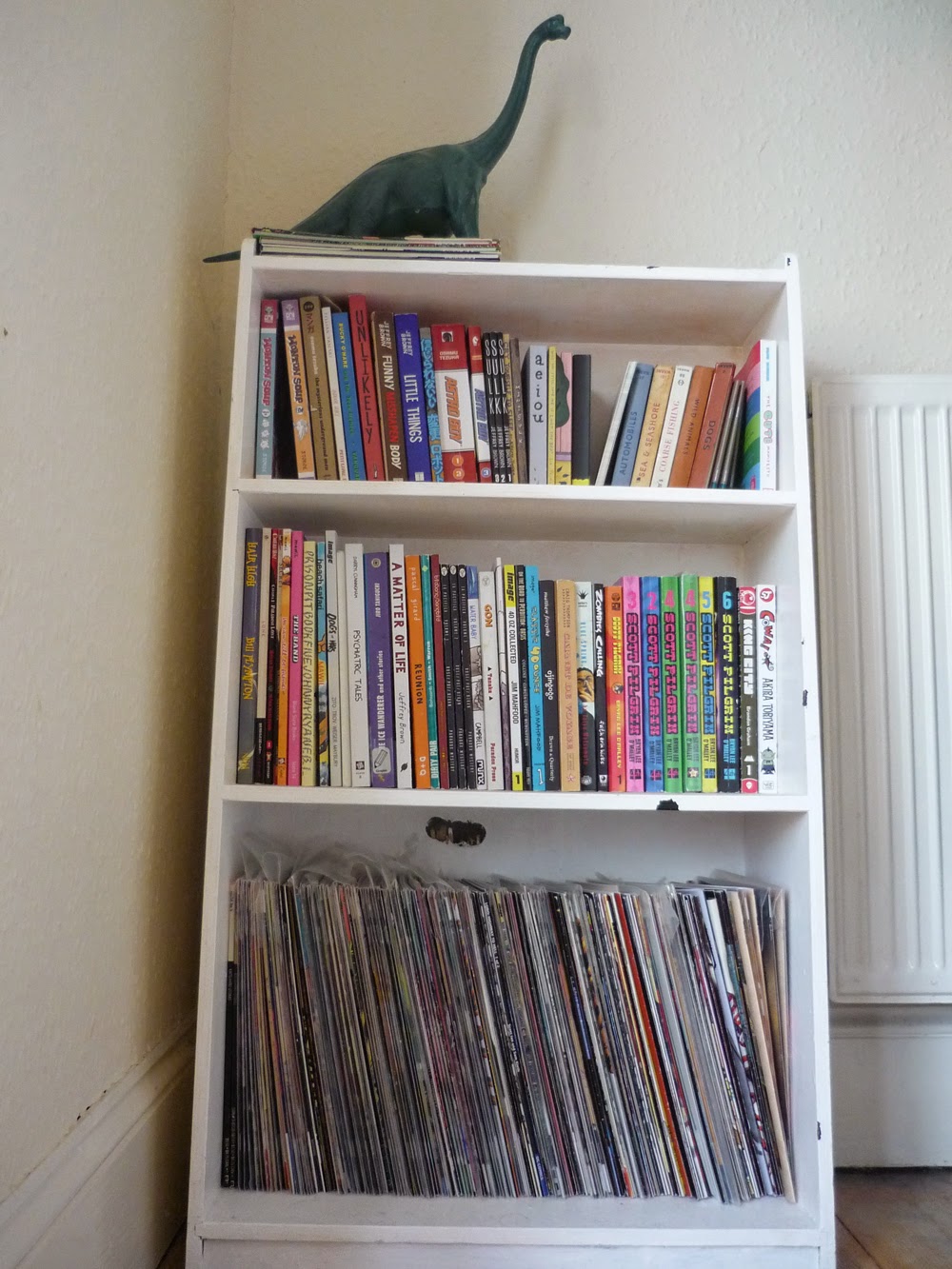 'So here's my small shelf, there was a bunch of junk on top but I plonked it onto my bed for this photo. This is where all of my stumpy books are kept, mostly manga and autobiographical stuff. On the bottom shelf are some of the many many single issues I own, more of those will pop up in a bit. 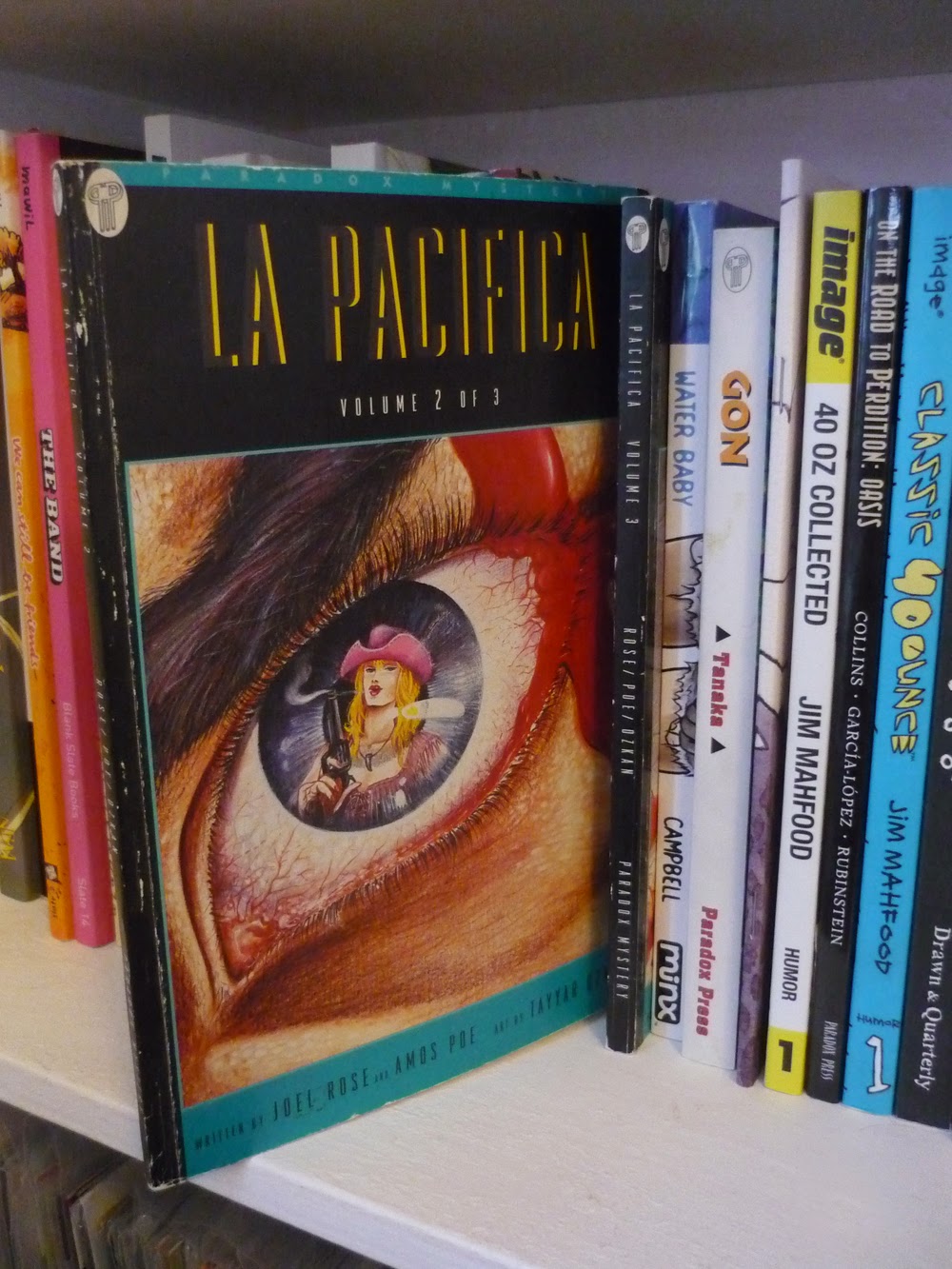 La Pacifica! I was going through my detective and film noir phase when I got this, good stuff though. As you can see I don't really keep my books in any kind of order, I quite like having them like this, Dan Berry squished between Jim Mahfood and Masashi Tanaka. 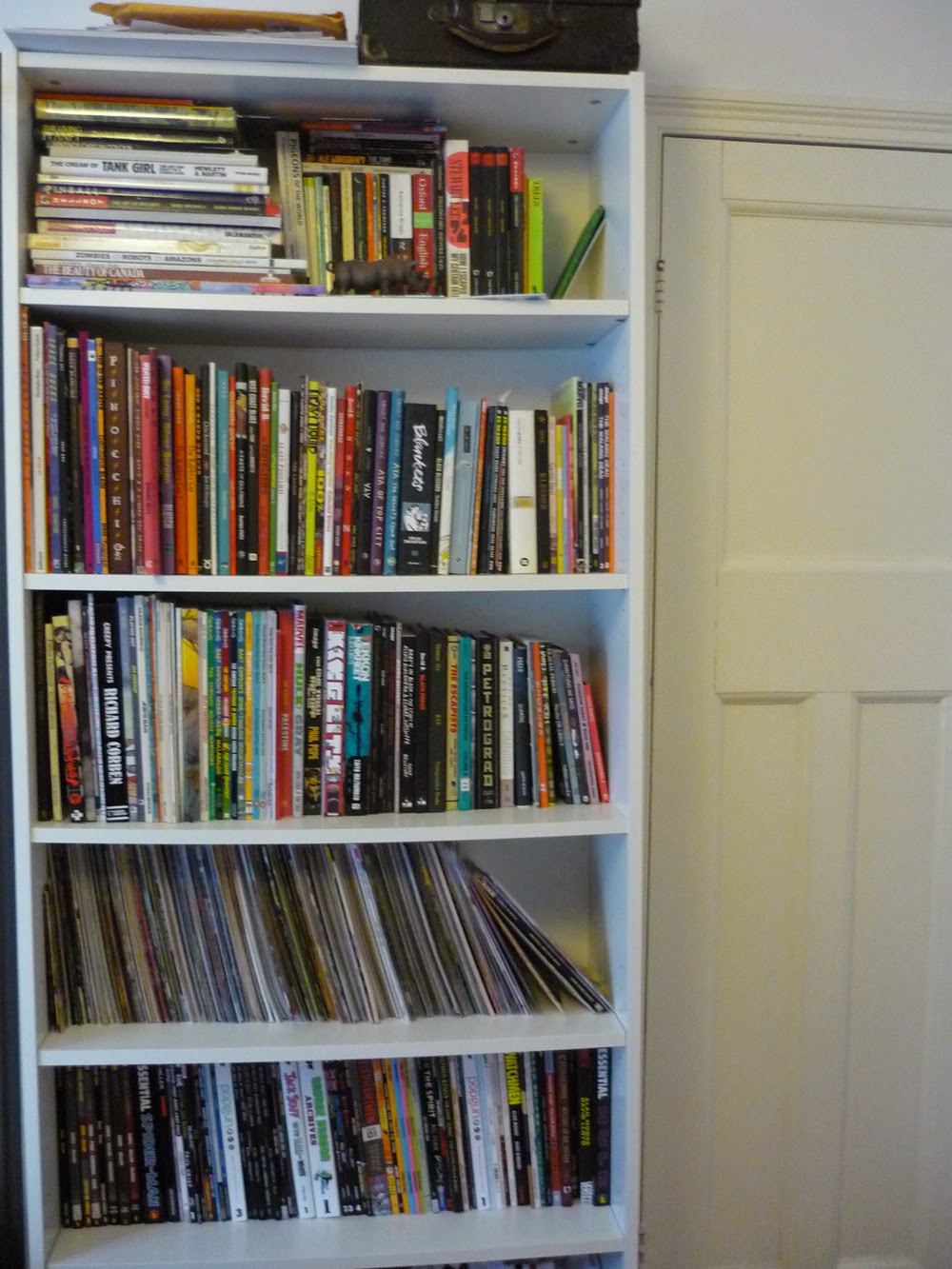 This is my big shelf, the top row is mostly full of books for reference, if you look carefully you'll be able to see a novel adaptation of the Teenage Mutant Ninja Turtles movie. The next two rows are all comics in no particular order, although I suppose I put all of my larger books together. You'll see more single issues on the row below. The bottom row contains a lot of the stuff I read when I was just getting into comics. 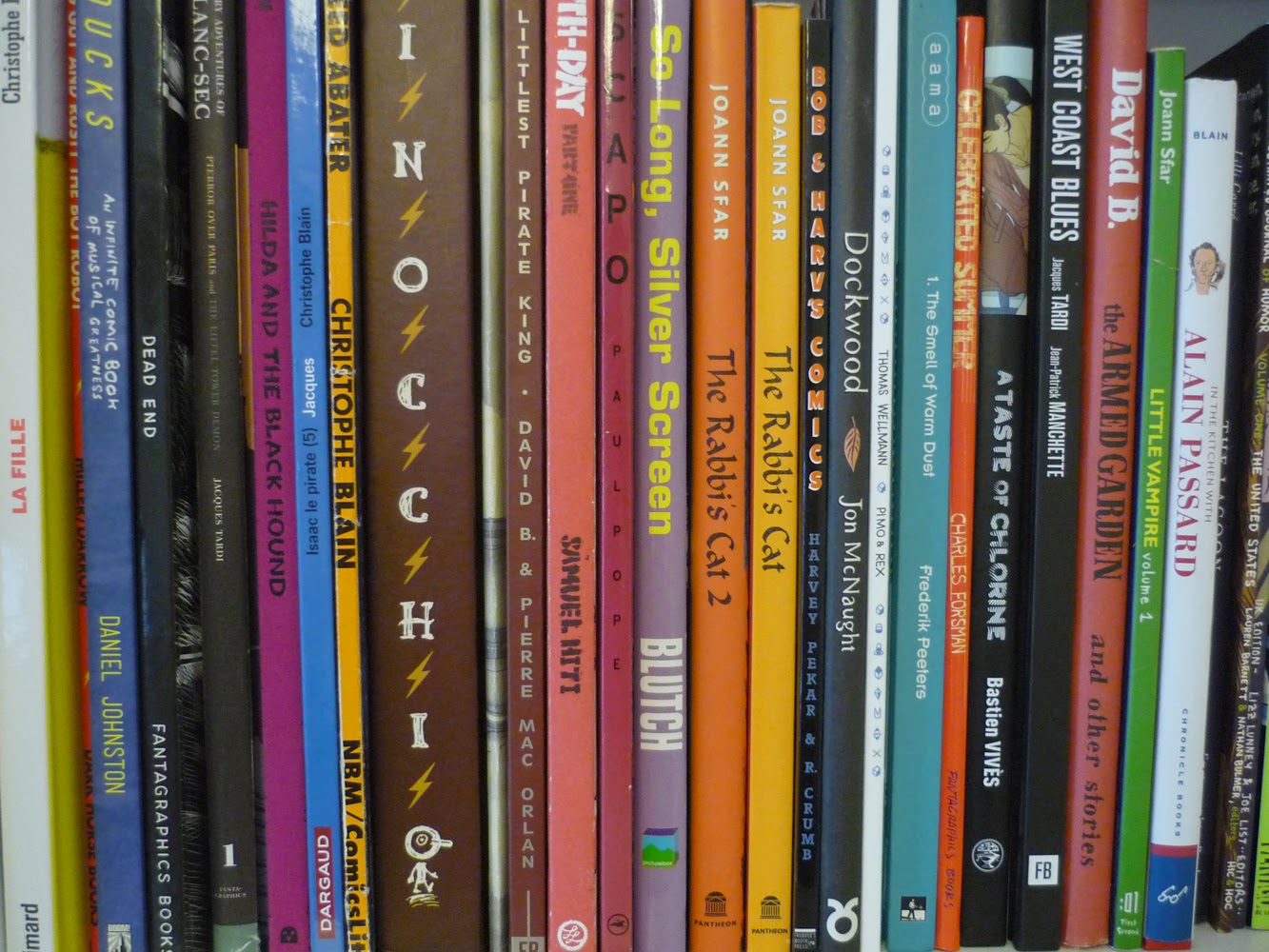 I think I do tend to mostly put my favourite books next to each other, that's kind of like ordering things right? That's not my copy of Pinocchio but I love it so much, I hope it becomes really attached to Christophe Blain and Gipi so I can't possibly tear them away from each other. There are a few French language comics here, I'm slowly translating Isaac le pirate 5 and really clumsily too. I can't read or speak French. 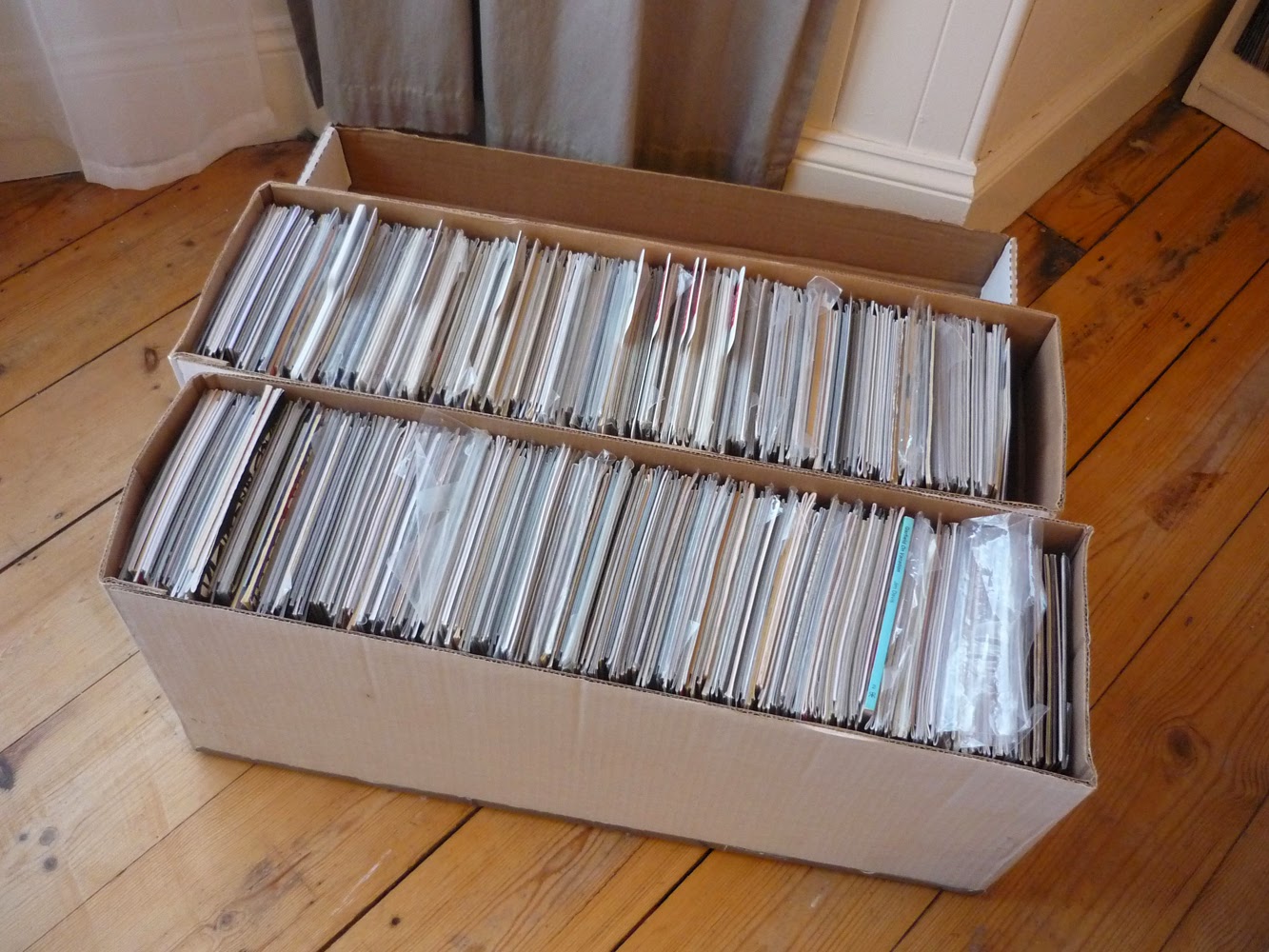 Here are my long boxes, they're usually stored underneath my bed. 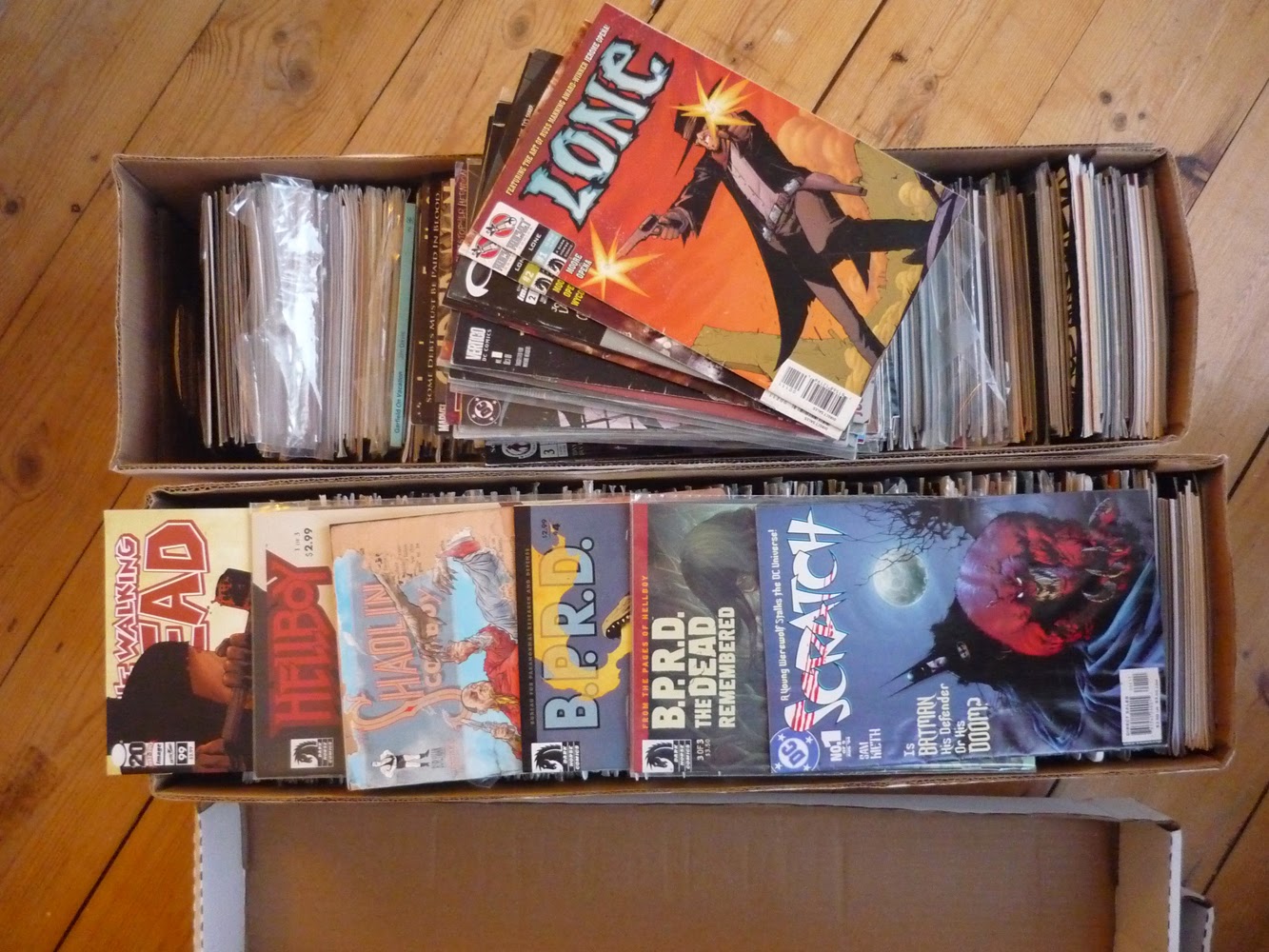 I pulled out some examples of the kind of life that inhabits them. There's such a variety of comics in these things, but there are loads of Hellboy, BPRD and Walking Dead single issues. Last year I hacked out a big chunk of my singles collection but I think I want to get rid of a bit more, I don't want to be a person who has loads of stuff.

I started hoarding comics when I was about 14 years old, I was really into Sam Kieth back then. He was who got me really excited about comics. The first Sam Kieth comic I picked up was called Scratch, a 5 issue mini series from DC about a werwolf, oh and Batman made an appearance apparently. 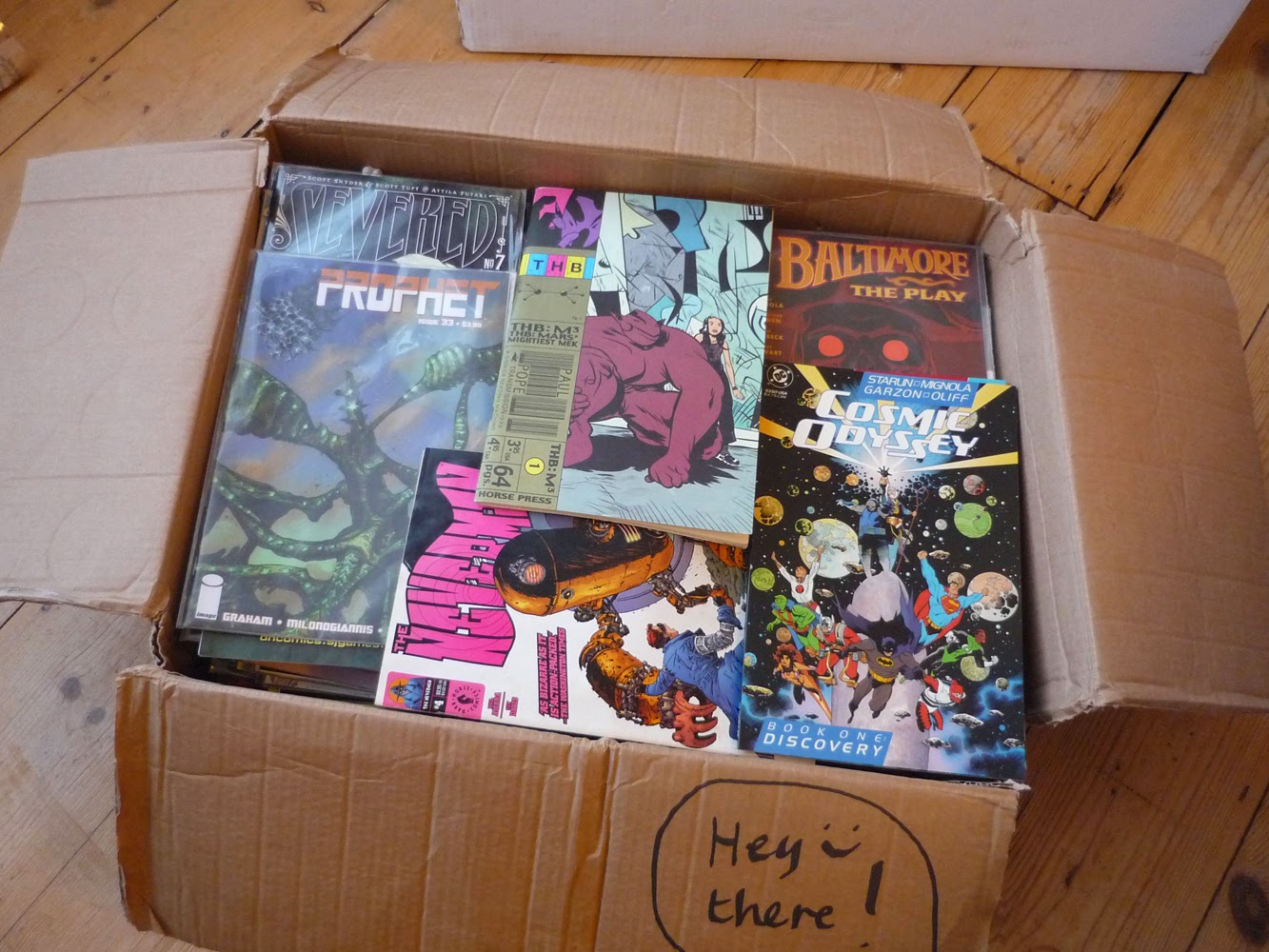 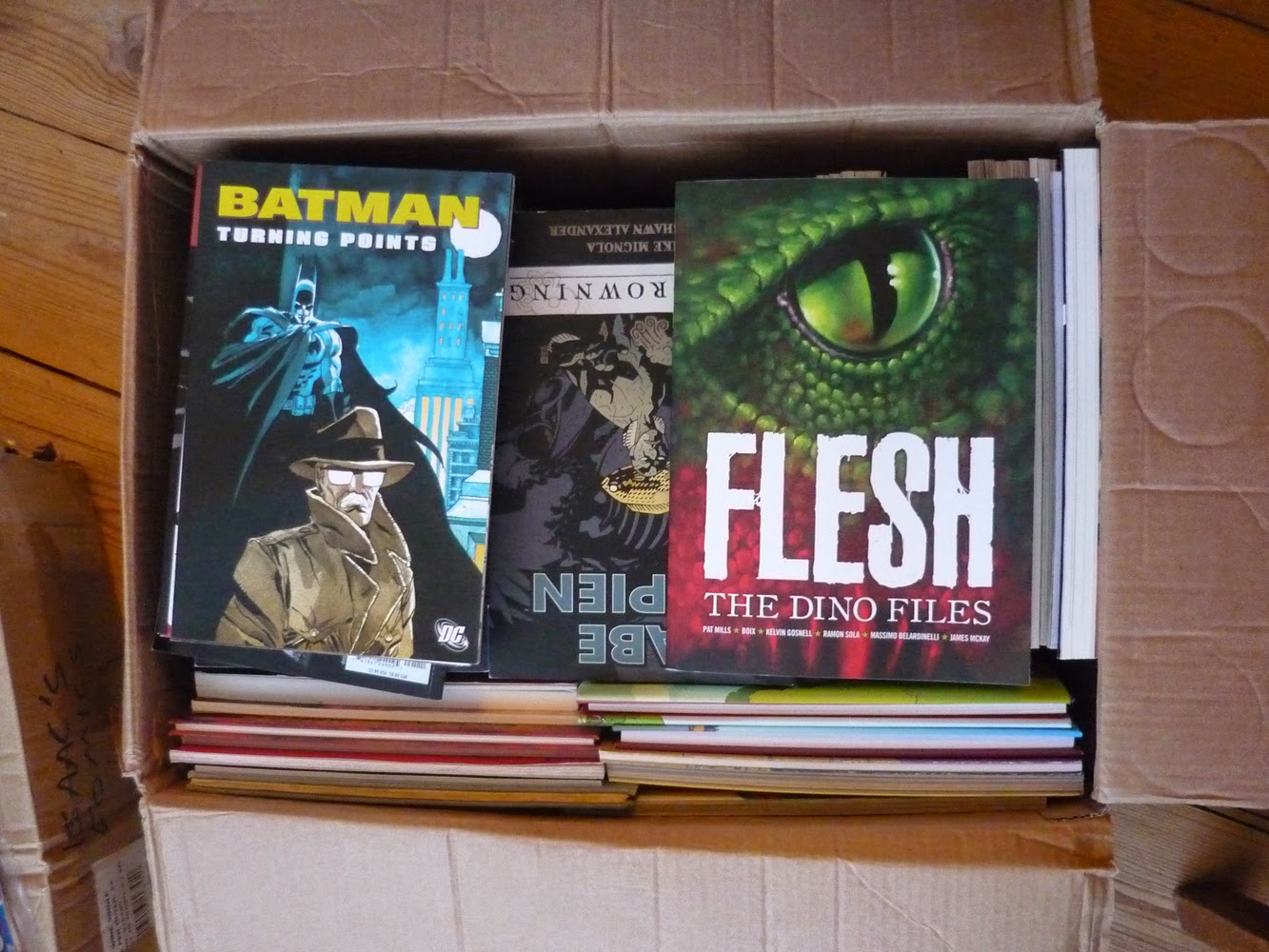 Oh look! I found these boxes underneath my bed, man... there's loads of stuff I forgot about in these. Loads of batman books and all of my Hellboy and BPRD Trade Paperbacks. 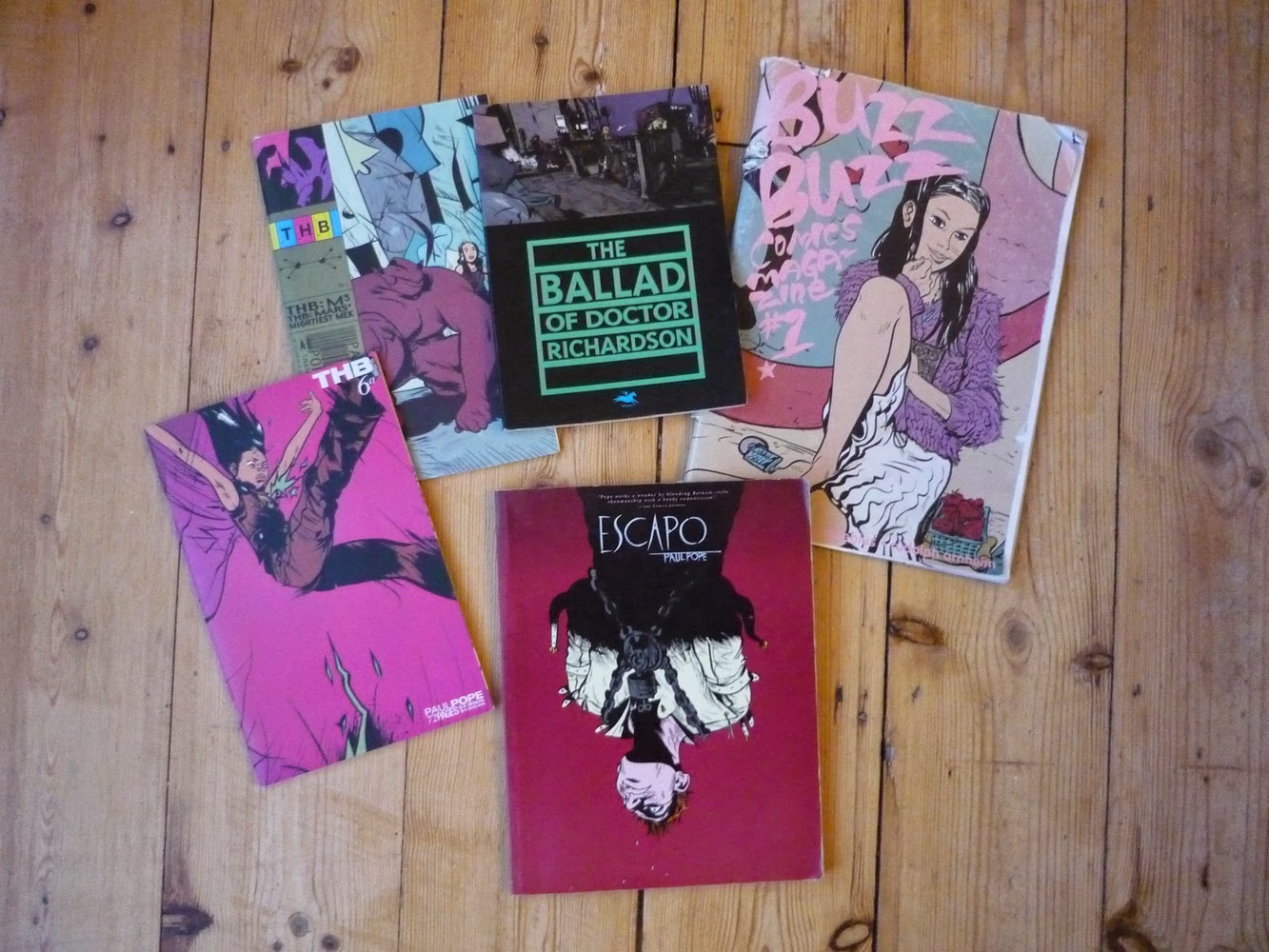 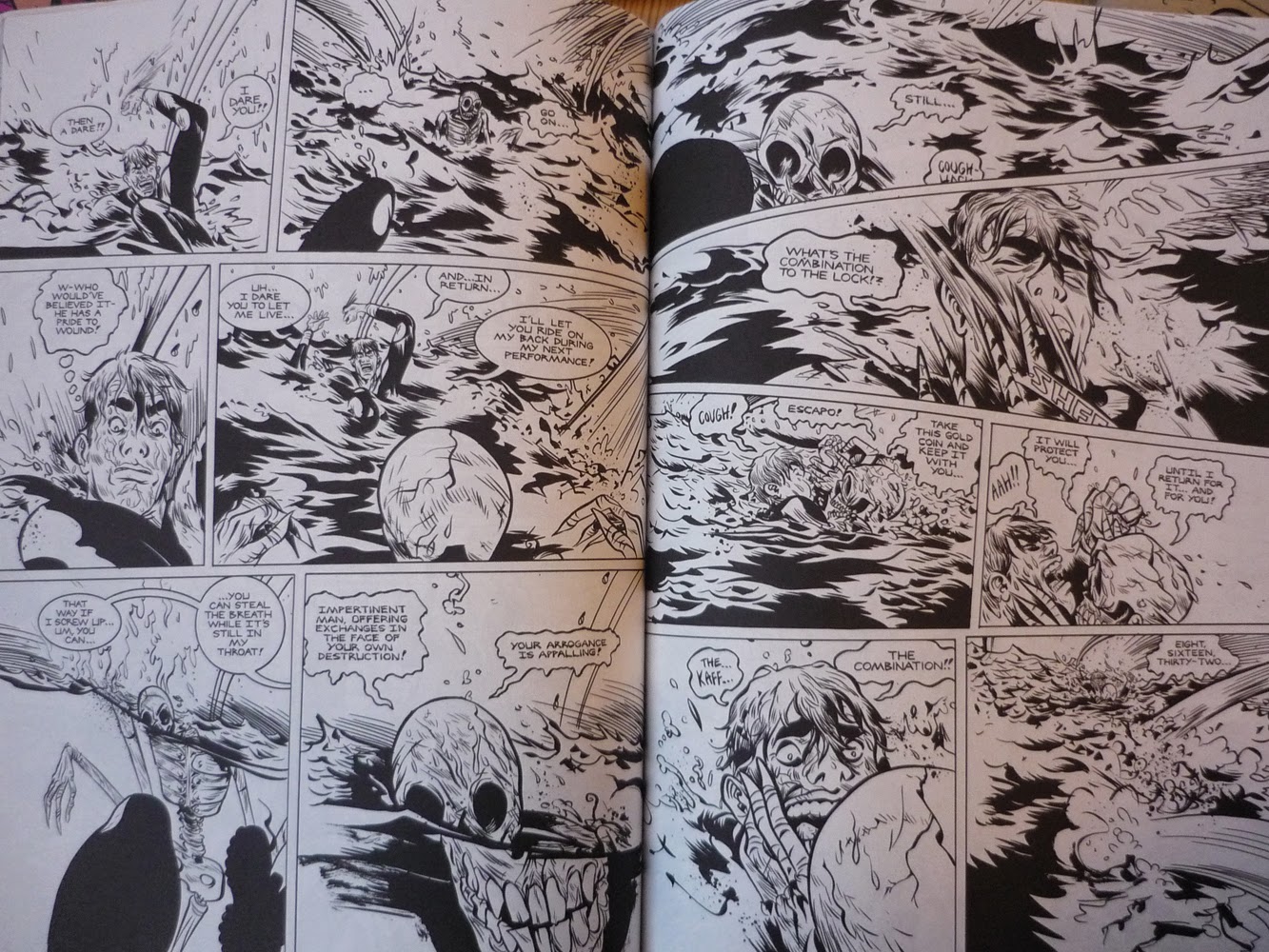 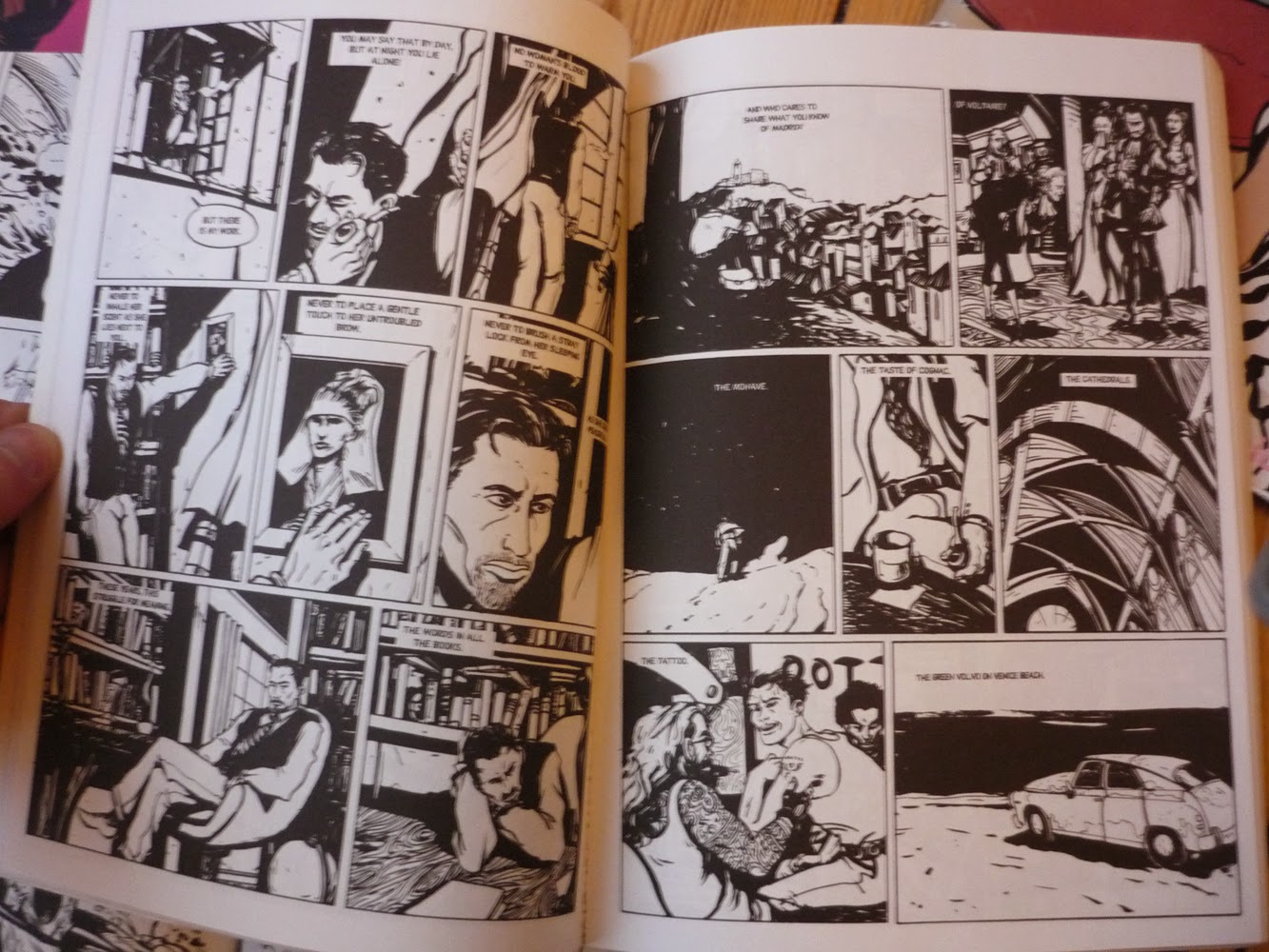 Paul Pope's Horse Press Books
I used to compare my progression with artists I admire, when I was 23 I bought myself a copy of the Ballad of Dr. Richardson after finding out Pope was 23 himself when it was released. I remember flicking through it and just thinking "Ohhh I've got some catching up to do". Not long after I read it I think I found out he was actually 22 or something, that was the last time I compared my own progression with other artists based on their age. 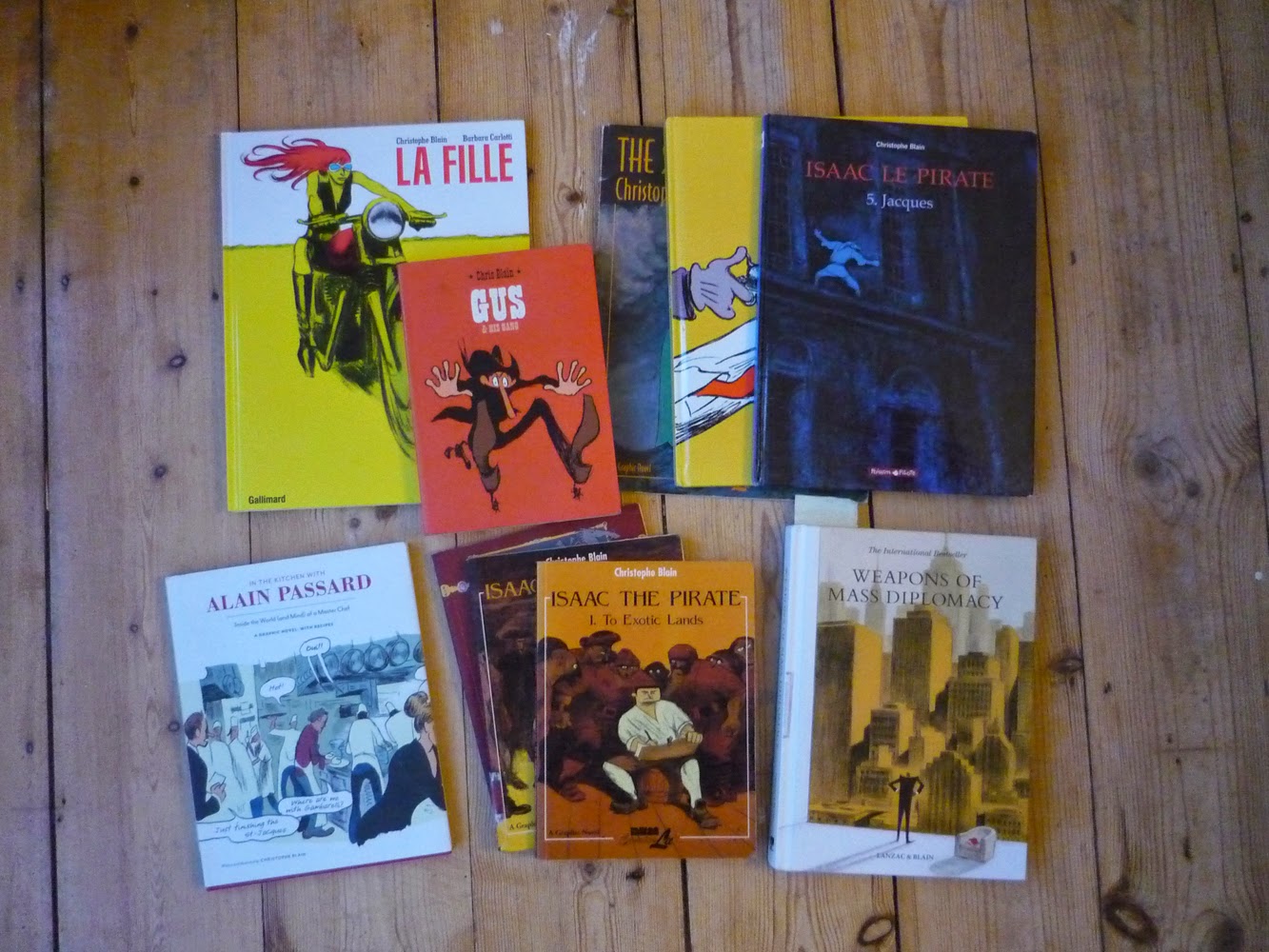 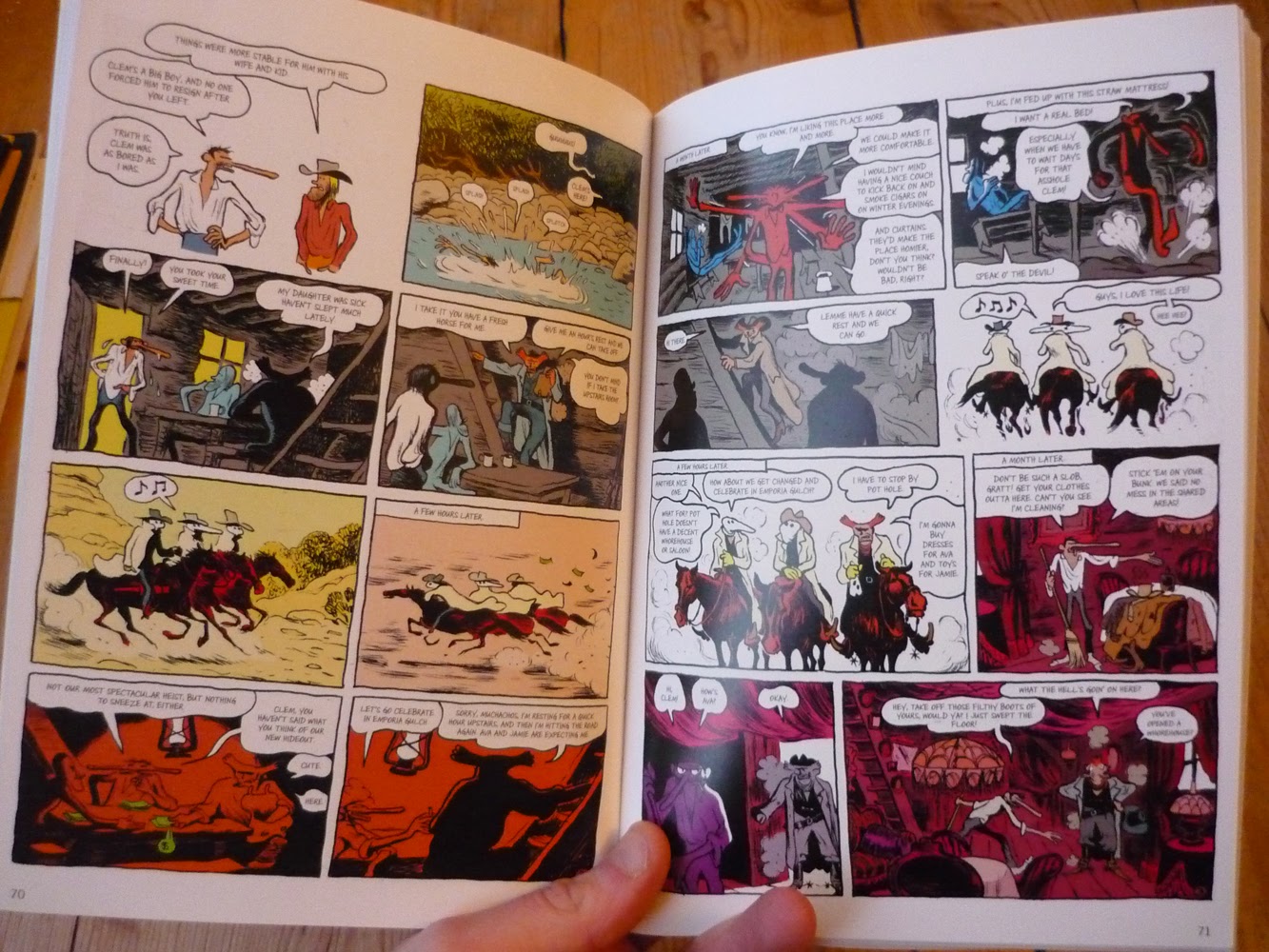 GUS by Christophe Blain
I carry GUS around in my bag most of the time, well actually at the moment Weapons of Mass Diplomacy has temporarily replaced it. I don't want to carry too many comics around, books are heavy. I picked up GUS after reading Isaac the Pirate and having that feeling of "I must read everything Christophe Blain has ever made" that everyone has. I feel like Blain's dialogue and the mannerisms of his characters are what really makes his work exciting. He shares a skill I think, with artists like Richard Corben and Thomas Ott, and that's the ability to make anything he draws believable. It doesn't matter if he's drawing a man with a footlong nose, it seems like it could actually exist because of the movement and lighting he conveys in his lines. 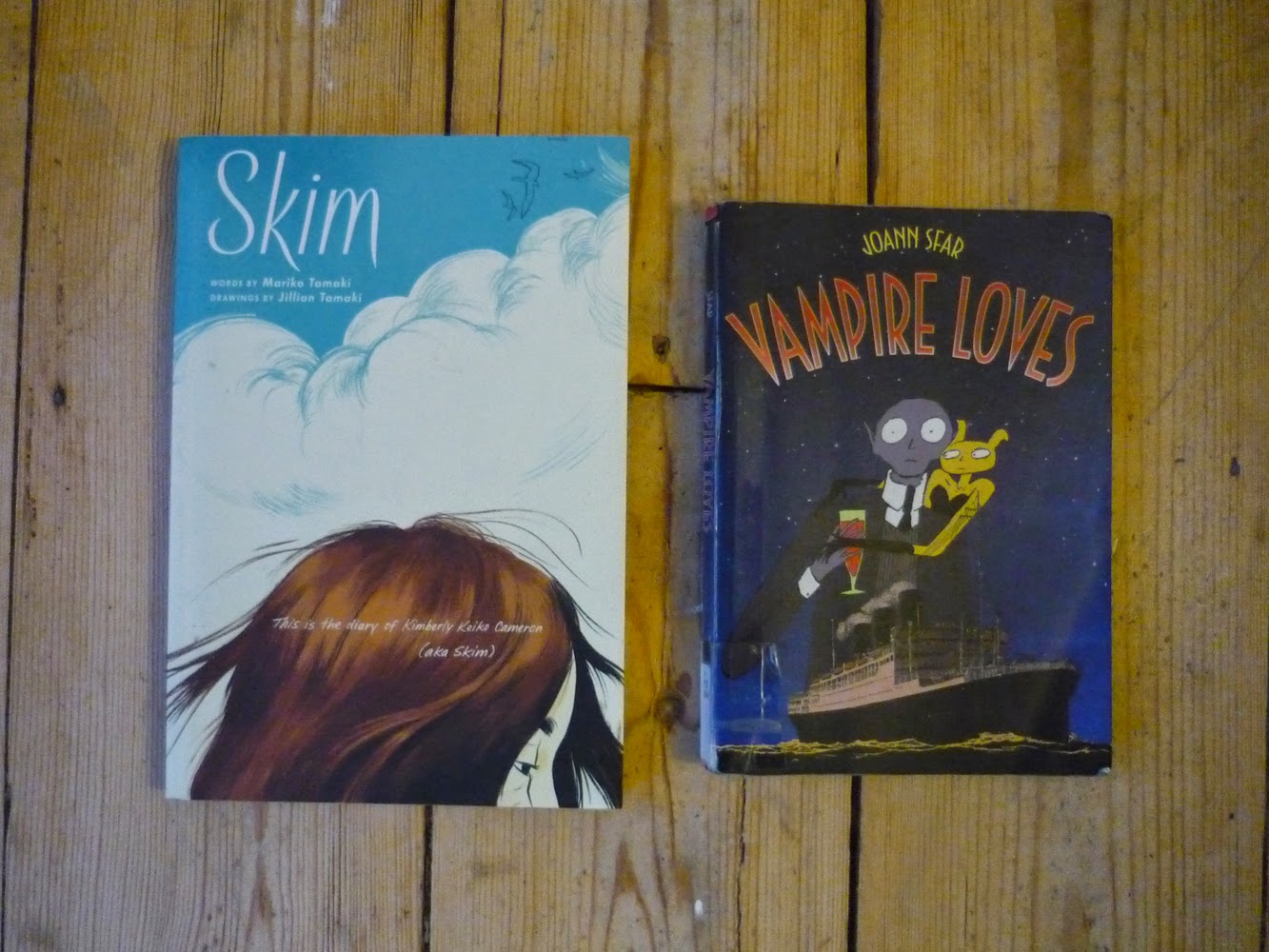 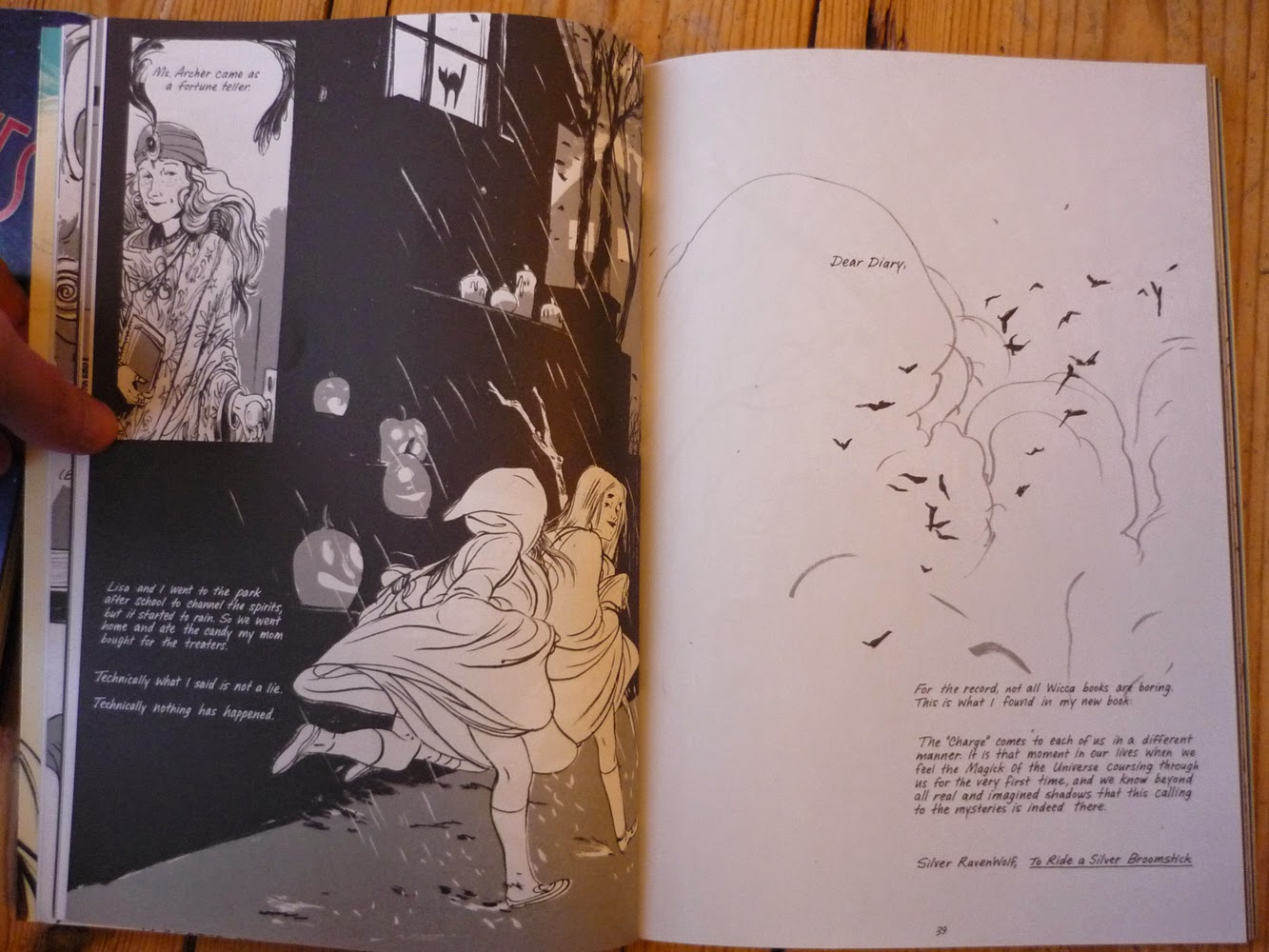 Comics I first discovered in my local library
Vampire Loves by Joann Sfar and Skim by Mariko and Jillian Tamaki
When I came across these two comics a few years ago at my local library, I felt like I had found buried treasure. They've both been incredibly influential and at the time opened me up to lots of different kinds of comics. It was through reading Joann Sfar's books that I became aware of Christophe Blain and David B. I carried around and read the library copy of Vampire Loves so much that the cover fell off, I think I renewed it as many times as I could (partly because I was embarrassed to return such a battered book).

I'm going to describe how I feel about Jillain Tamaki's work the same way it seems almost everybody does, "Now THIS is comics." I remember being gobsmacked when I saw her art, so exciting. I ended up buying the same exact library copy of Skim as I first read and for 50p! Ridiculous right? Stupid library, they don't know what they're doing.'

Many thanks to Isaac for his time and participation. You can view all the previous installments of Comics Shelfie here. Remember to stop by on the 11th of June for the next installment.
Posted by Zainab at 00:01