You're going to have to give me some leeway here- I hardly ever do this kind of thing, but I'm excited about the new Godzilla movie in a way I haven't really ever been for the release of a movie ever (I'm not a huge film person, I think- I enjoy it, but don't go to the cinema much at all, or follow the medium much). I think a big chunk of my by now pretty-rabid excitement comes from reading and absolutely loving James Stokoe's superb comic mini-series. At the time I read it last year, I'd heard of there being a new Godzilla movie in the works by Monsters director Gareth Edwards, but my interest was still low. Stokoe's book made me love the character, and re-examine my previously cursory interest in the announcement of a re-boot, or a US take. The choice of Edwards seemed promising, but then so many projects do at those very early stages- it could go either way. And then that teaser trailer leaked, with the Oppenheimer voice-over and from that first look, I was invested. That sounds daft, right ( but let's examine that at another time)?

Anyway, check out this trailer before we get started:

So today at the comic book store we got in new copies of the Godzilla: Awakening, the official graphic novel tie-in to the movie, and one which is intended as a prequel to the film releasing next week. It's a good, tight, story, and interesting in terms of what it may tell us about the direction the film will take. We know, already, for example, Godzilla will not be the sole monster here- there's been repeated footage of a vast pincer in a few of the trailers, which would indicate that Mothra's along for the ride. However, in the Asia trailer (or international trailer- and the final one to be released) there was a clearer look at a winged, flying creature, pterodactyl-like, which many people thought may be Rodan, while others speculated it was a MUTO- Massive Unidentified Terrestrial Organism. The marketing for the movie has involved a viral site, attributed to a research organisation called M.U.T.O. who may in some way be responsible for the origins of these creatures. Godzilla: Awakening potentially sheds further light on this. 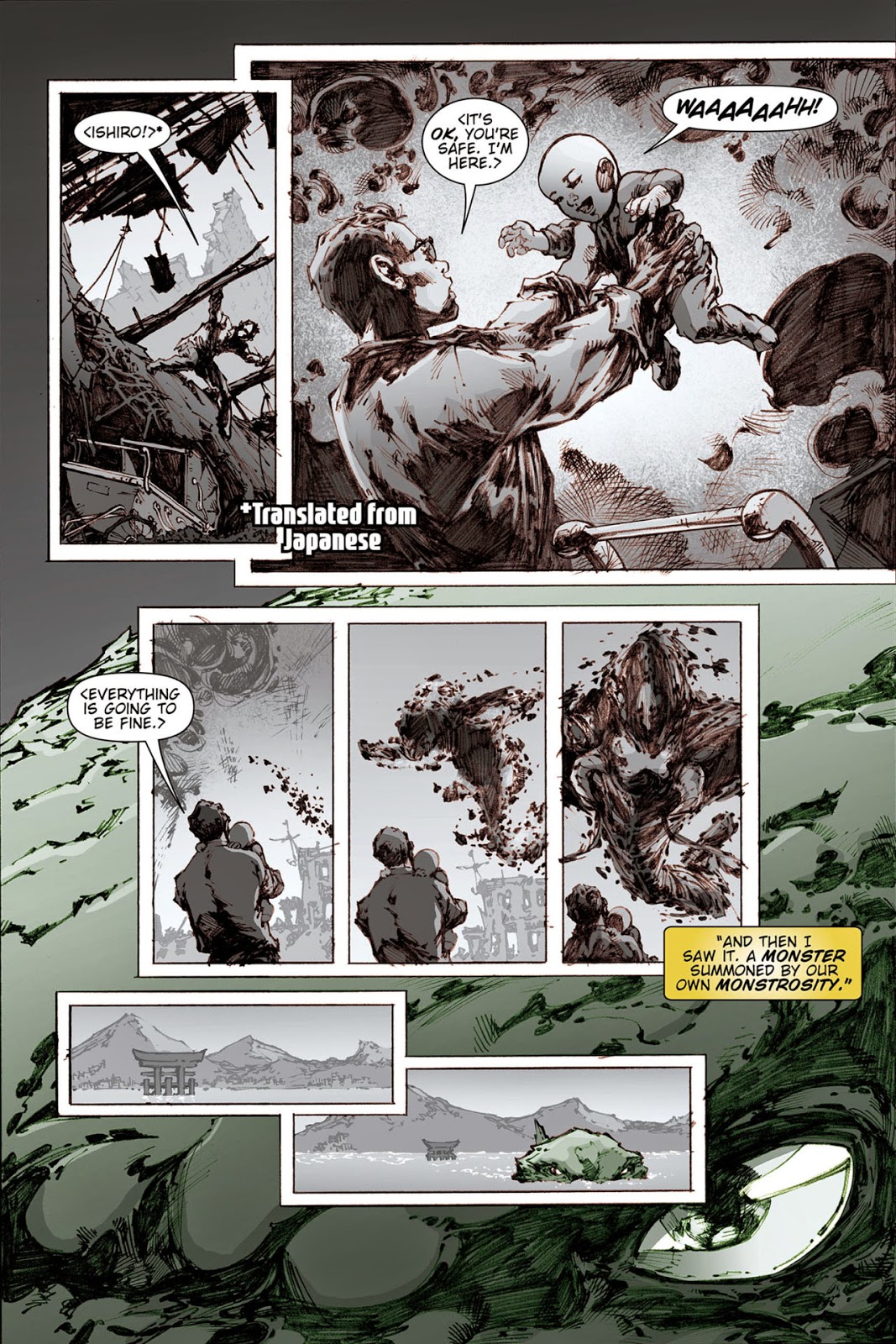 Awakening sees an old Japanese soldier and scientist telling his son a story he wants remembered, so if the need should arise, his son will be prepared. The story he narrates finds a massive black winged creature, unlike anything seen before, attacking an American ship. The Japanese go to help, and together they build a unit dedicated to learning as much as they can about the monster. Over the years, more and more MUTO appear around the world, and the unit, having managed to seize one particle the size of drum from it, establish that it responds to radiation, which strengthens it and allows it to multiply rapidly. The MUTO have been around for centuries- savage and ferocious and seemingly undestroyable, sleeping but awoken by Hiroshima- so why haven't they taken over the world yet? After flying to numerous sites and recording eye-witness accounts, the Japanese scientist has a theory- there was something bigger and older to keep them in check, something to which they are prey. The something, of course, is Godzilla. He floats the idea that they should simply wait- that sooner or later, Godzilla will turn up and nature will take its course, with Godzilla doing what he has been doing for years; taking care of the MUTO, but the Americans are itching to nuke the MUTO's; nobody has actually seen Godzilla, and they're not going to listen to superstition and folk-lore about a giant lizard.

Of course, he then turns up, ravaging the MUTO- making his only appearance in the book (pin-ups aside) and the Americans decide they now want to kill him instead -and think they have, which is where the story ends. The old man dies soon after, bequeathing his son his documents and records, knowing full well that Godzilla is still alive. Presumably this is the strand which the movie will pick up from.

It fits in with what we've seen from the trailers so far:

I don't think the book is a strict account or foretelling, by any means- certainly, it looks like the appearance of the MUTO may not be the inky black, shadowy flying monsters as shown in the comic, but perhaps something more land-based? Which leaves us with Mothra- and I still think that's Rodan, but may be wrong- who could be the result of experimentation with MUTO matter. 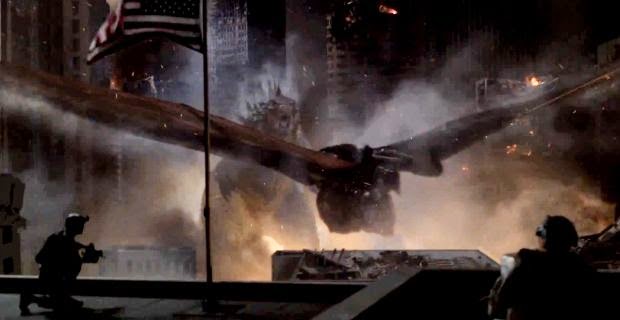