I thought I'd put all these bits and bobs I have bookmarked and am generally looking at in one piece- just different comics things- upcoming books, concept designs, translations, stuff to maybe buy at festivals, etc.

First up, I've been really looking forward to this all-ages comic Uncivilized Books are publishing in the next couple of months, from Polish artists, Marzena Sowa & Berenika Kołomycka. Kolomycka's colours and images, in particular, are so striking and vibrant. That Night a Monster follows Thomas as he wakes up one day to find his mother has been replaced by an ominous looking fern and begins cautiously investigating around the matter. I was tempted to group these three pictures together in a more compact fashion, perhaps make them smaller and sit side-by-side in order to avoid lengthy scrolling, but they're honestly best appreciated in a large format. 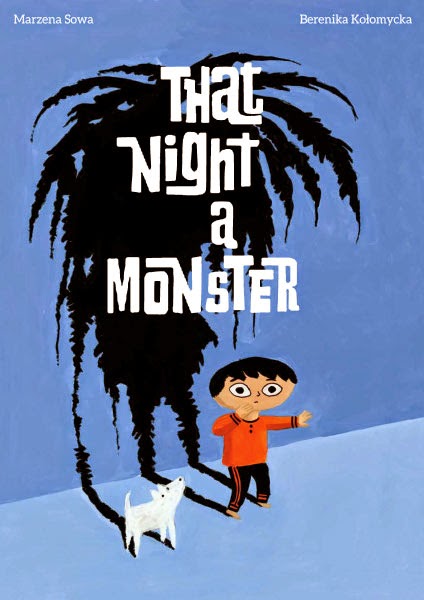 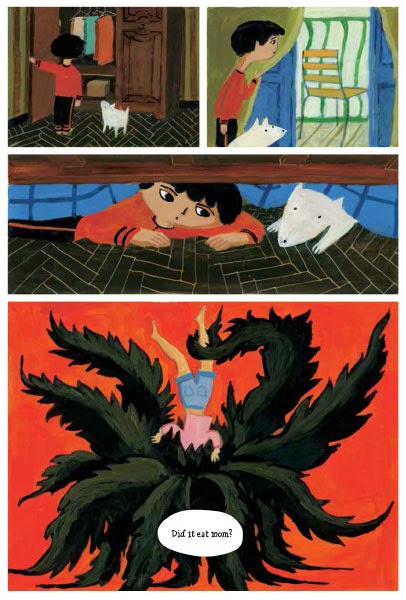 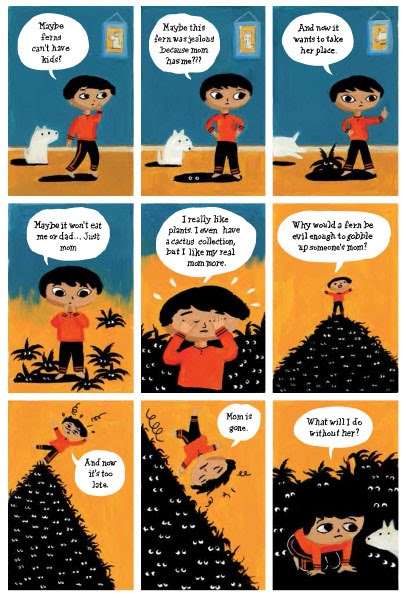 Conundrum Press have acquired the English language rights to Max de Radiguès' Moose. The Belgian cartoonist has previously had the book released in France- published with Delcourt, where it did well, and it was also serialised in mini-comic format in English via Oily Comics.Conundrum will collect that translation into a complete 160 page book, aiming for a release this time next year. Moose is the story of Joe, a bullied high school student who finds solace in the natural world, only to have the tables turn on him, as he is faced with a moral choice. This is another lovely cover: 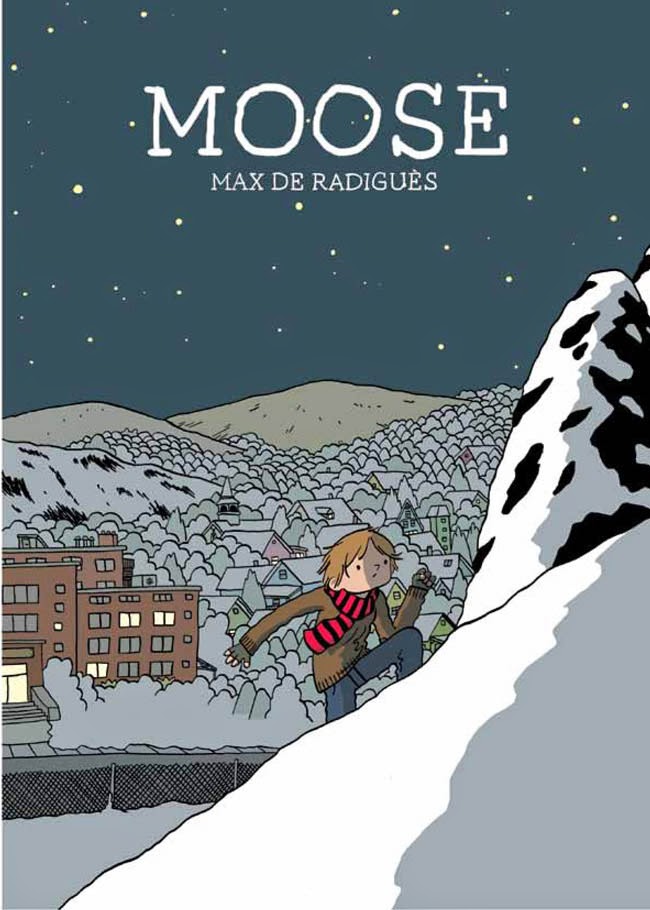 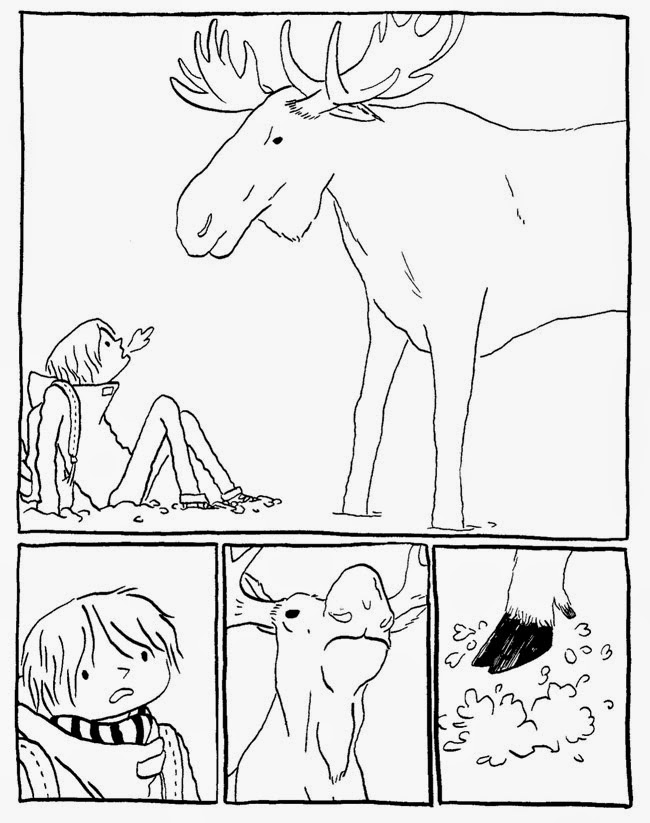 Looks like Self Made Hero will have readied the second installment of Frederik Peeters Aama in time for Thought Bubble in November once more. Looking forward to that. 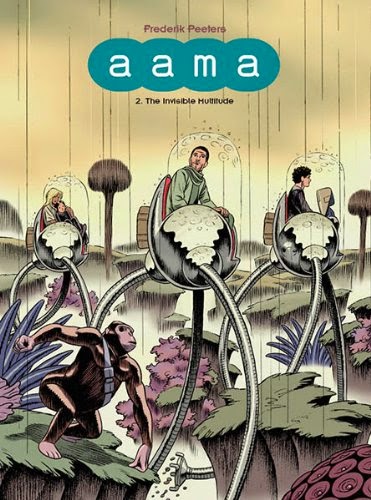 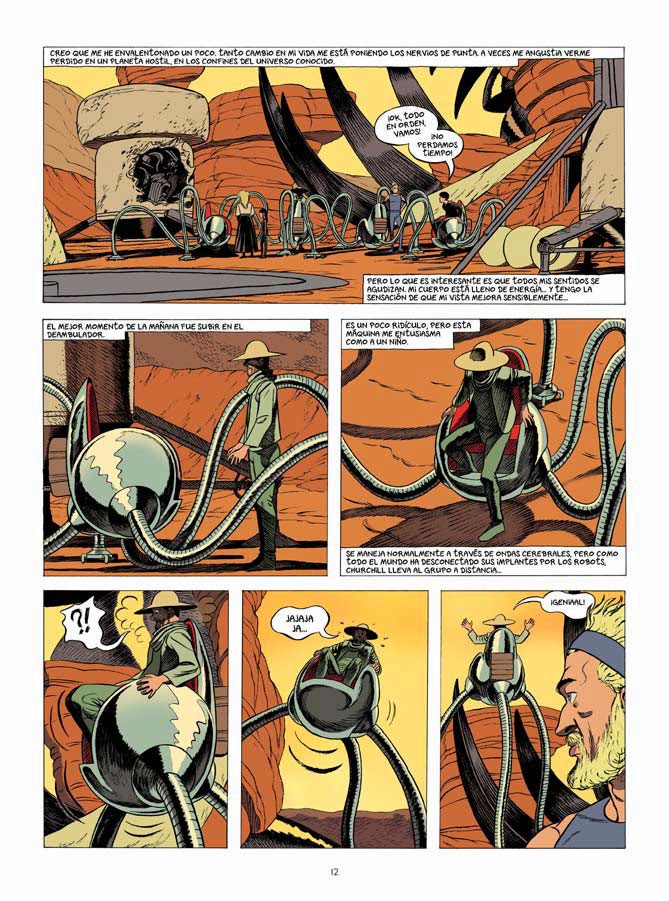 Fumio Obata frequently updates his blog with all manner of interesting comics, projects  and sketches, but these illustrations of 'Snow (black) White and her seven dwarves' caught my eye. Obata explains the inspiration behind the concept: 'In the last few days I went back to my passion for Miles Davis's music and somehow these images came up in my head.I decided to sketch out and here they are.The question is shall I turn it into a short story or not? Packed with adventures and backed by Miles's 70's funk electronica albums such as Bitches Brew and Big Fun?' I think the answer to that question is a resounding yes.
I'd love to see him do something more in this vein; I have to admit to being somewhat let down by his debut graphic novel, Just So Happens. As beautiful and accomplished as it was, the story of a Japanese born and raised Brit juggling two cultures and guilt felt old. I feel these aren't stories I want to read- there's no either or, really, there's a new whole. It's the kind of subject matter lapped up by 'literary establishment'- exoticism, alienation, propriety- and in prose, too- and I feel it serves little purpose as far as harnessing new voices is concerned. 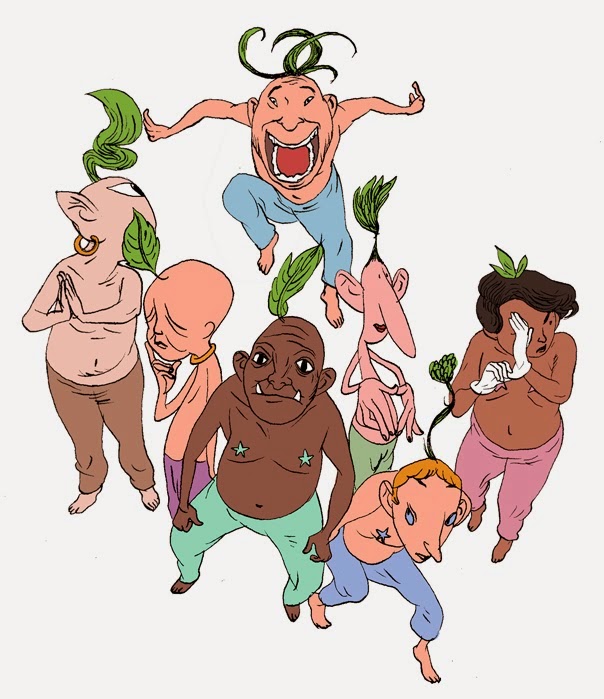 I came across this cover for Dilraj Mann's Dalston Monstaz (with Nobrow)- the book was due this year, but has been moved to 2015. I don't think this is a final cover, but it's still pretty stupendous. 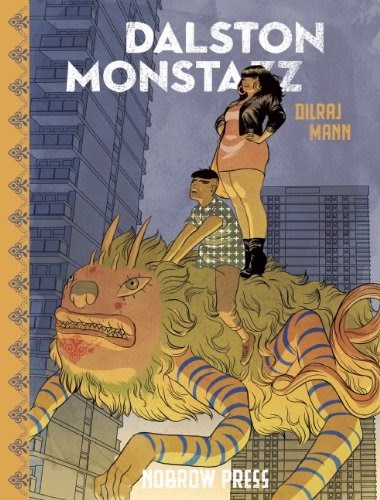 I missed that German cartoonist Aisha Franz is publishing her debut graphic novel with Drawn and Quarterly later this year. Earthling recounts a few days in the life of two sisters and their single mother, who live in 'a soulless suburb populated by block after block of identical row houses bordered by empty fields and an industrial no-man's land. Earthling explores the loneliness of everyday life through these women's struggle to come to terms with what the world expects of them. Earthling unveils a narrative rich with surrealist twists and turns, where the peas on the dinner plate and the ads on television can both literally and figuratively speak to the most private strife and deepest hopes in a person's life. As the sisters begin to come to terms with their sexuality, they are confronted by harsh realities and a world that has few escape routes for young women.'
That sounds pretty good, and it's rendered in Franz's signature pencil which will add a whole other tone to proceedings. 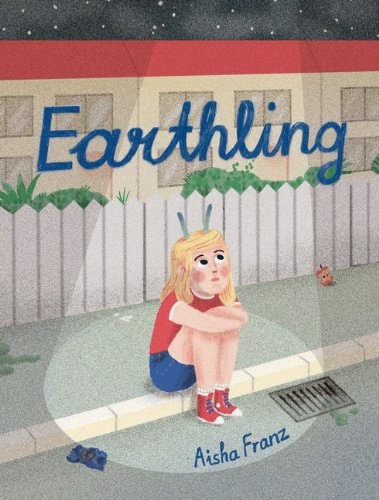 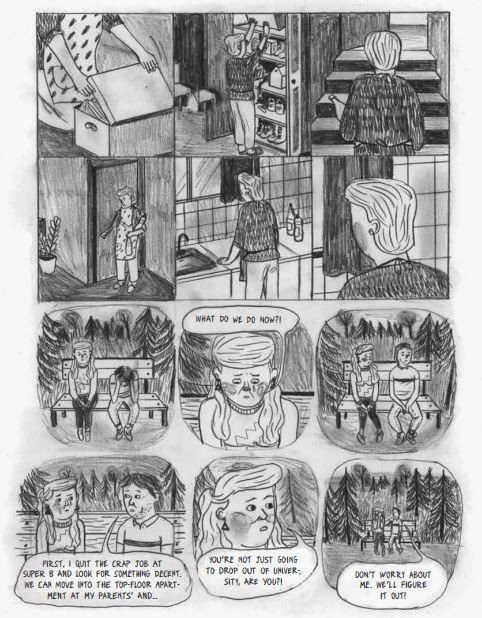 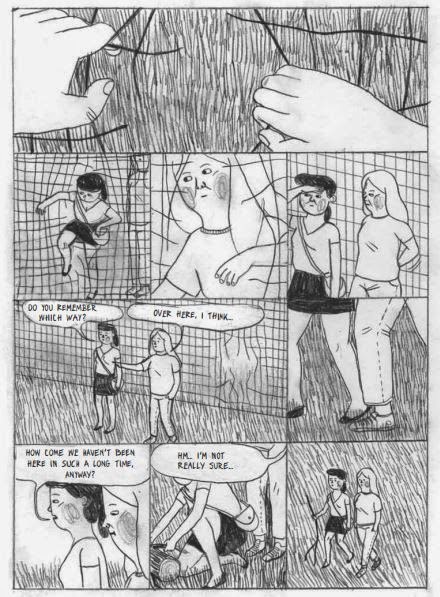 Exciting times.
Posted by Zainab at 00:08