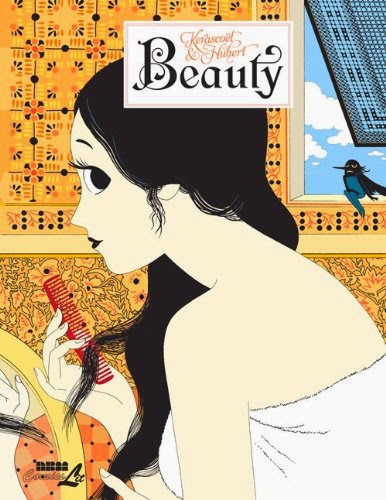 Advance notice: this post is going to come across as either incredibly affected or sycophantic. Probably both. But honestly, I'm just really, really, REALLY excited about this news. And that's because NBM announced yesterday that not only would they be publishing English language editions of new volumes of the multi-authored fantasy series Dungeon, but also releasing the first volume of Hubert and Kerascoët's much lauded Beaute books- now simply re-titled Beauty.

Coming to that book first, you may recognise husband and wife team Kerascoët's name from the recent D&Q book, Beautiful Darkness, which they co-authored with Fabien Vehlmann. Prior to that, NBM published the incredible, Hubert-penned, Kerascoët illustrated, 2-volume Miss Don't Touch Me in 2009 and 2011. The first volume of that book is out of print and very hard to get hold of, making it difficult for readers to then find an entry-point into the still readily available book two. But NBM are addressing that, too, with a new, larger format, complete, hardcover edition of Miss Don't Touch Me. I know that Beautiful Darkness has done astonishingly well for what's usually the hardest kind of comic to sell: an indie, translated book, but it's hit the New York Times bestselling list and received wide coverage by a whole range of sites- it's been one of the most heartening things to see this year. I'm hoping that will have bring recognition and interest in these new Kerascoët books and editions that NBM are putting out; their gorgeous art style is vastly appealing- beautiful, almost verging on cute, with the intricacies and lines of the bande dessinee tradition- and curiously malleable to subject matter (oh- and check out these gorgeous covers for the French editions collected here). 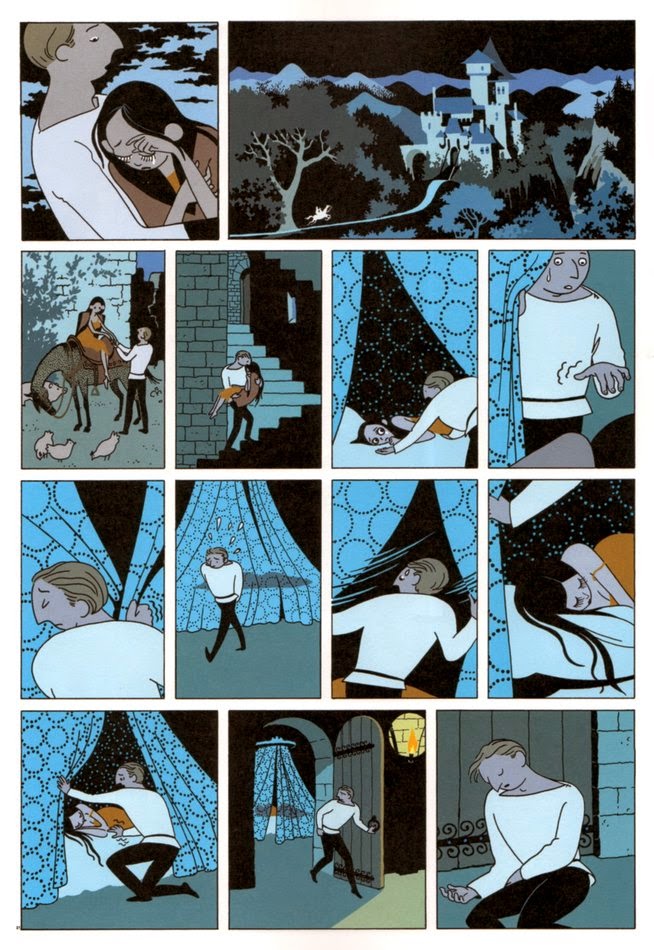 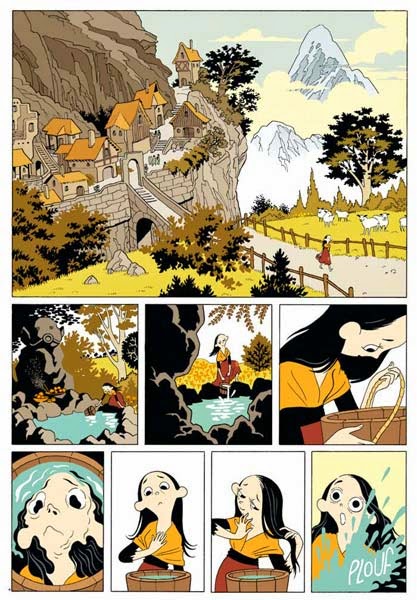 Beaute was released in 3, slim hardback volumes of around 48 pages each in its original French, and NBM are collecting all 3 together in one complete 144 page hardback, due for release in September; here's the brief plot summary provided: 'When Coddie unintentionally delivers a fairy from a spell that held her prisoner, she does not realize how poisoned the wish is she gets in return. From repulsive and stinking of fish she becomes perceived as magnetically beautiful, which does not help her in her village. A young local lord saves her but soon it becomes apparent her destiny may be far greater…' As ever with Hubert and Kerascoët, you can expect a much more deeper, twistier, and odd narrative than that blurb suggests. So very pleased this is being published in English. 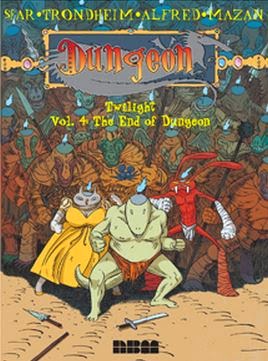 And not forgetting Dungeon... A new Joann Sfar/Lewis Trondheim/Alfred/Mazan volume will be released in November,  titled Twilight vol 4: The End of Dungeon, with this last chapter of the Twilight sub-series doing as it says on the tin and charting the end of Dungeon, and bringing the series to a close. Following previous practice, NBM will be collecting the last two volumes released in French and putting them together as one book. So Dungeon gets it end (although there's room for a lot of middle with the many off-shoot series- Early Years, Zenith, etc).

And still that's not the last bit of news! Dungeon will be releasing in digital format for the very first time- so, in the next few weeks, Comixology will begin highlighting a volume a week, with other e-book platforms apparently following suit. While the volumes will be in English, they will be released as they were when printed in French, not two at a time as in the English language print editions- I hope that's a semblance of clear! Digital books will be priced at $4.99 each. I imagine we'll be hear more about that as the date to go live draws closer. It's a superb, high quality series, and I hope the digital release -from the very beginning-helps it find more of an audience. But all in all, fantastic news,  and lots to be excited for.

(Thank you to Sean for the heads up about this)
Posted by Zainab at 00:00