New Hubert & Marie Caillou: Adrian and the Tree of Secrets 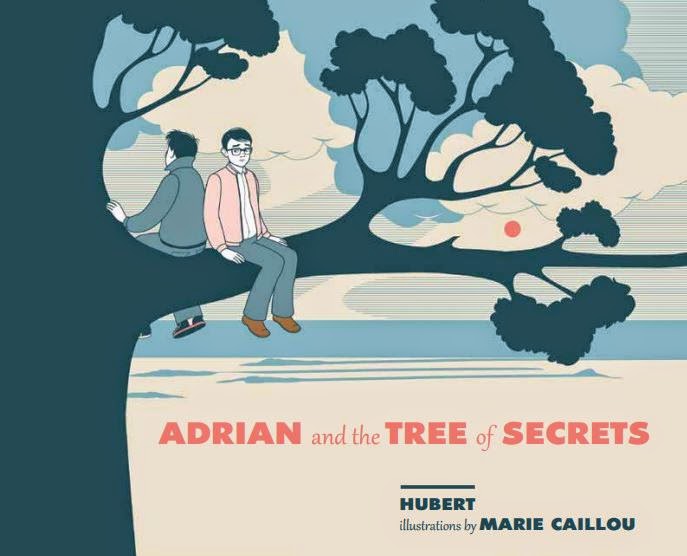 Having just written about the upcoming arrival of some new English language Hubert on Friday via NBM, I wasn't expecting to be in the happy position of drawing your attention towards another Hubert English language release so soon, but here we are. Book publishers, Arsenal Pulp Press, who previously put out the English edition of Julie Maroh's Blue is the Warmest Colour, will this September publish Adrian and the Tree of Secrets, titled La Ligne Droit ('straight line') in its original French.

Illustrated by French artist, director and animator, Marie Caillou (Les monstres de Mayuko), and penned by Hubert (Miss Don't Touch Me, Beaute) Adrian and the Tree of Secrets is geared towards a young adult audience- a 124 page, landscape format (always like to see that) graphic novel about 'first love, growing up, and having the courage to be true to yourself.' I'm a fan of Hubert's, and I have to confess to being intrigued by his collaboration with Caillou (who he has worked with previously) and her beautiful, stylised silhouette art, and in seeing him write for a younger reader.

Here's a slightly more detailed overview of the plot-

'Adrian isn’t very happy these days. He lives in a small town, and goes to a Catholic high school. He wears glasses, secretly reads philosophy books, and wishes he had more muscles. He’s dogged by a strict mother, bullied by fellow players on the soccer field, and chastised by the school principal, who considers rumors about Adrian being gay as a sign that he is “ill.” But Jeremy, the coolest kid at school, thinks otherwise; he takes Adrian on scooter trips, where they end up in Jeremy’s secret treehouse stealing kisses. Adrian finds himself falling in love, until Jeremy’s girlfriend rats them out, sending Jeremy into a tailspin of embarrassment. What will become of Adrian?' 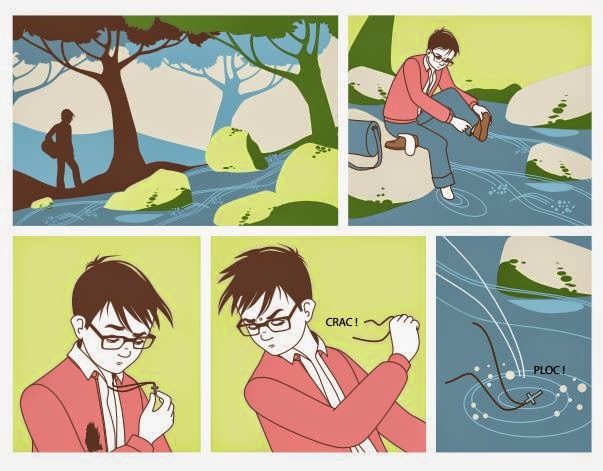 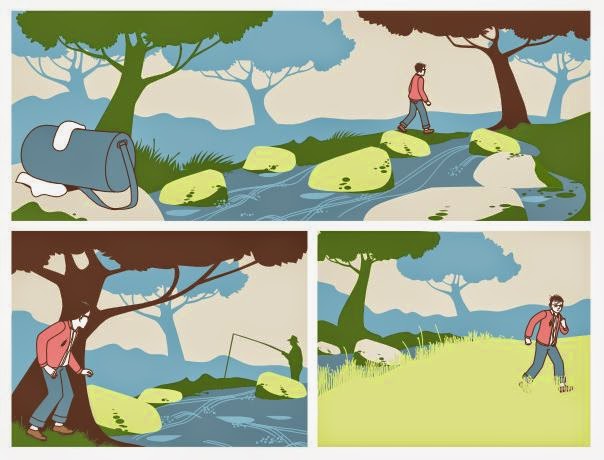 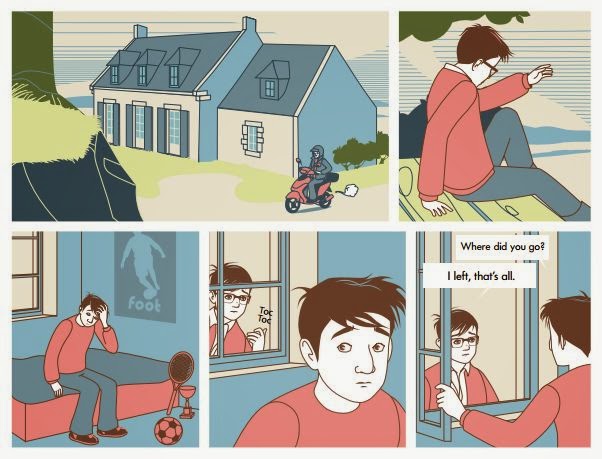 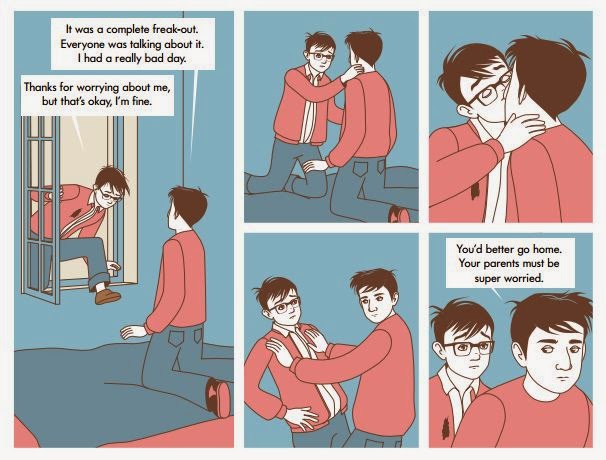 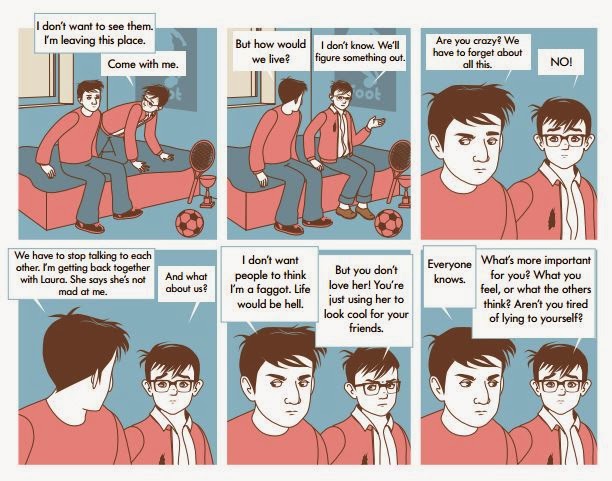 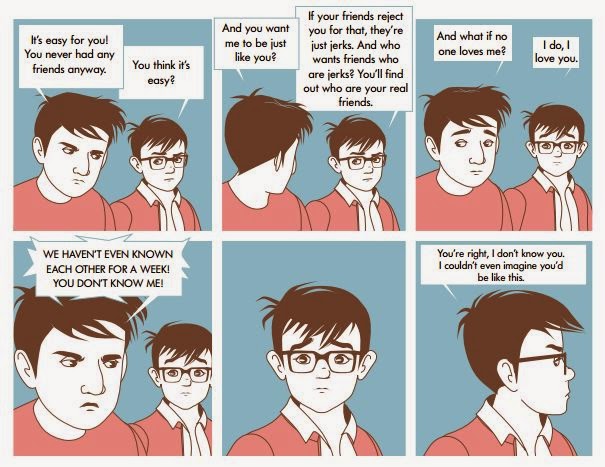