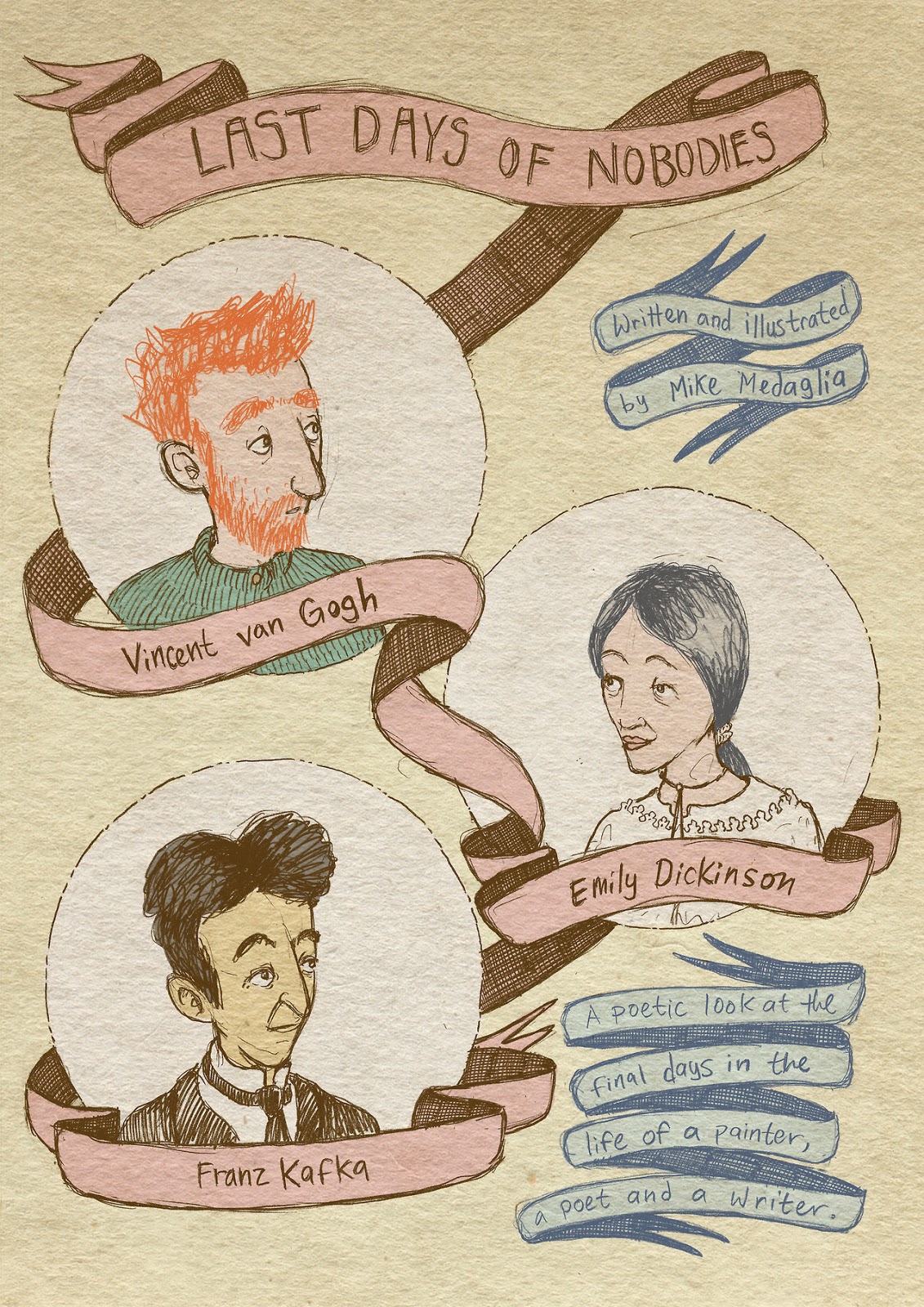 The multi-faceted Canadian/British comics artist Mike Medaglia (Seasons, Wu Wei) launches his new web-comic, Last Days of Nobodies, today, and it promises to be a beautiful, lyrical work, one to bookmark. On paper, Last Days of Nobodies seems to be an amalgamation of elements I tend to dislike in comics: a meditation on the nature of art, a floral, textile-inspired style, a purported re-imagining of the thoughts and actions of notable cultural figures, but somehow Medaglia's managed to produce something that washes all my biases away. Much of that is down to the palpable passion he has for his narrative, which aims to explore the impulse and creation of art via the lives and stories of three artists: Vincent Van Gogh, Emily Dickinson, and Franz Kafka. I asked Mike to explain the idea of the comic a little further:


'The concept for Last Days of Nobodies is that I want to celebrate artists making art for the sake of art. That is the beautiful freedom of art, that you may not sell your work, or receive great praise or recognition, but you can get up everyday and pour yourself into it any chance you get. No one can take that away from you. I think these three artists (Van Gogh, Emily Dickinson and Kafka) really illustrate that in their own way. Also, they all seemed to use art to both ask questions about the world and the nature of being human, and to frame the world in new ways.

I came up with the concept in a sleepy haze one day when I was feeling sorry for myself as an artist, nothing seemed to be working the way I anticipated - I think we all go through that - but when I thought about these artists that I love who struggled with their work, I wanted to tell their some of their stories as a way to help myself really. There is something comforting in their approach to each of their art forms. Then the concept of their deaths sort of formed from that.'

Reading through it, it has a really lyrical, poetic cadence, a thoughtful flow, helped along by the weaves and vines of pattern and scrolled text. I often find the use of textured, embroidered influences in comics distracting and uncompromising in a fashion- the aesthetics of the affectation overpowering the narrative as a whole, but Medaglia's pared it back here, and it works nicely in tandem with the rougher, more vivid textures  he moves on to in Van Gogh's world. I believe the idea is for Last Days of Nobodies to be an ongoing piece; beginning with part 1, which focuses on Van Gogh, and then parts 2 and 3 presumably encompassing Emily Dickinson and Kafka respectively.

Last Days of Nobodies updates every other Wednesday. 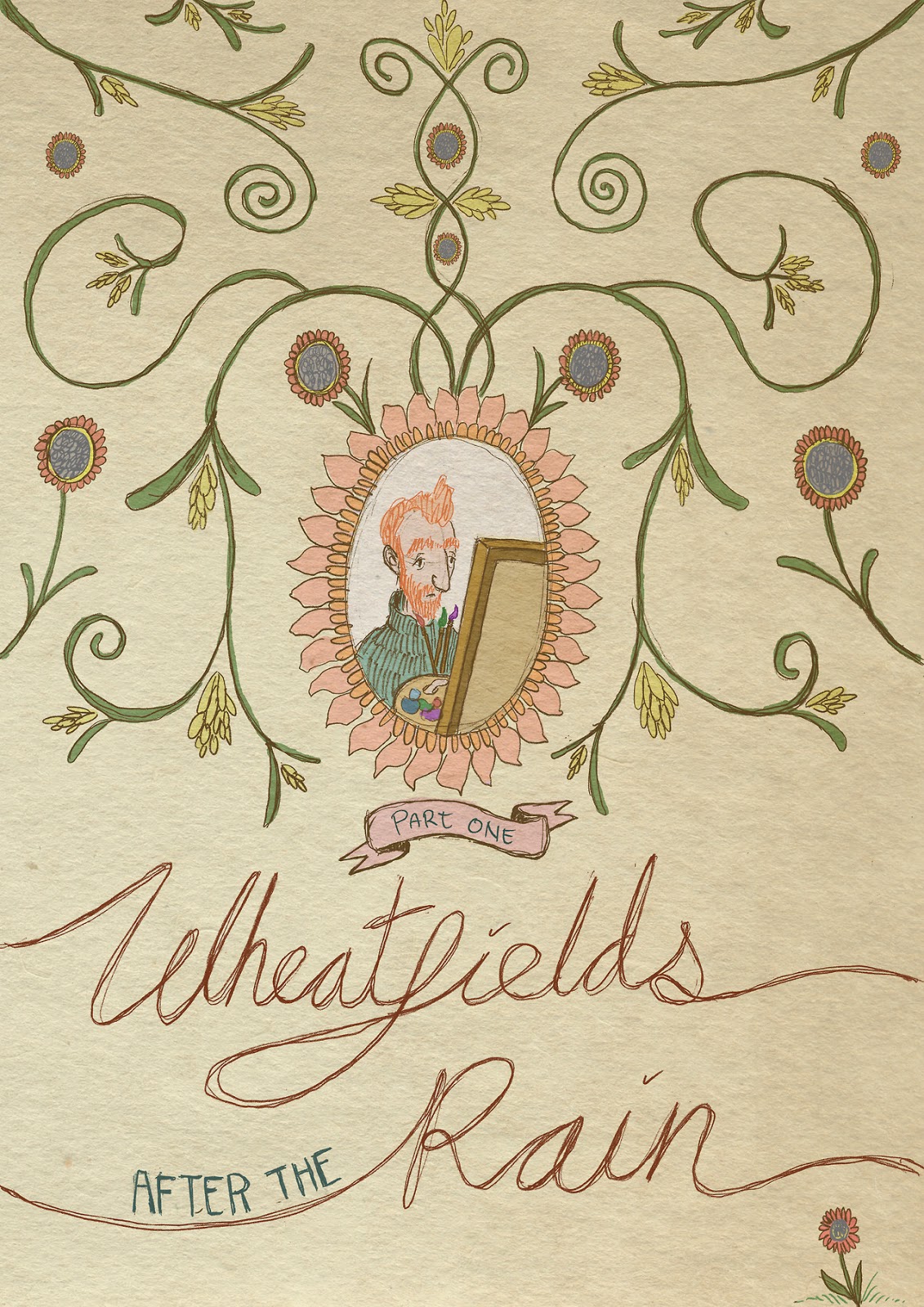 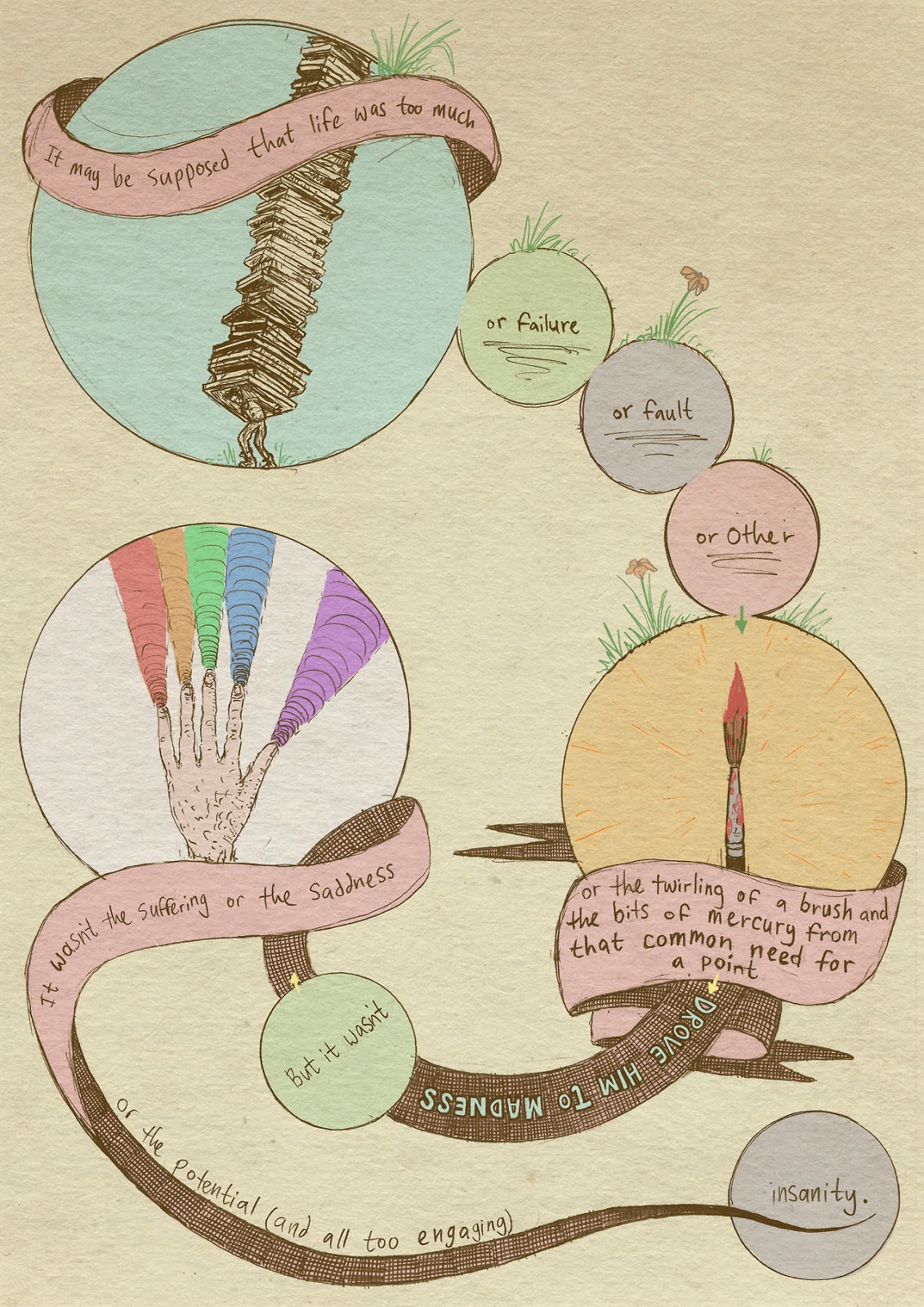 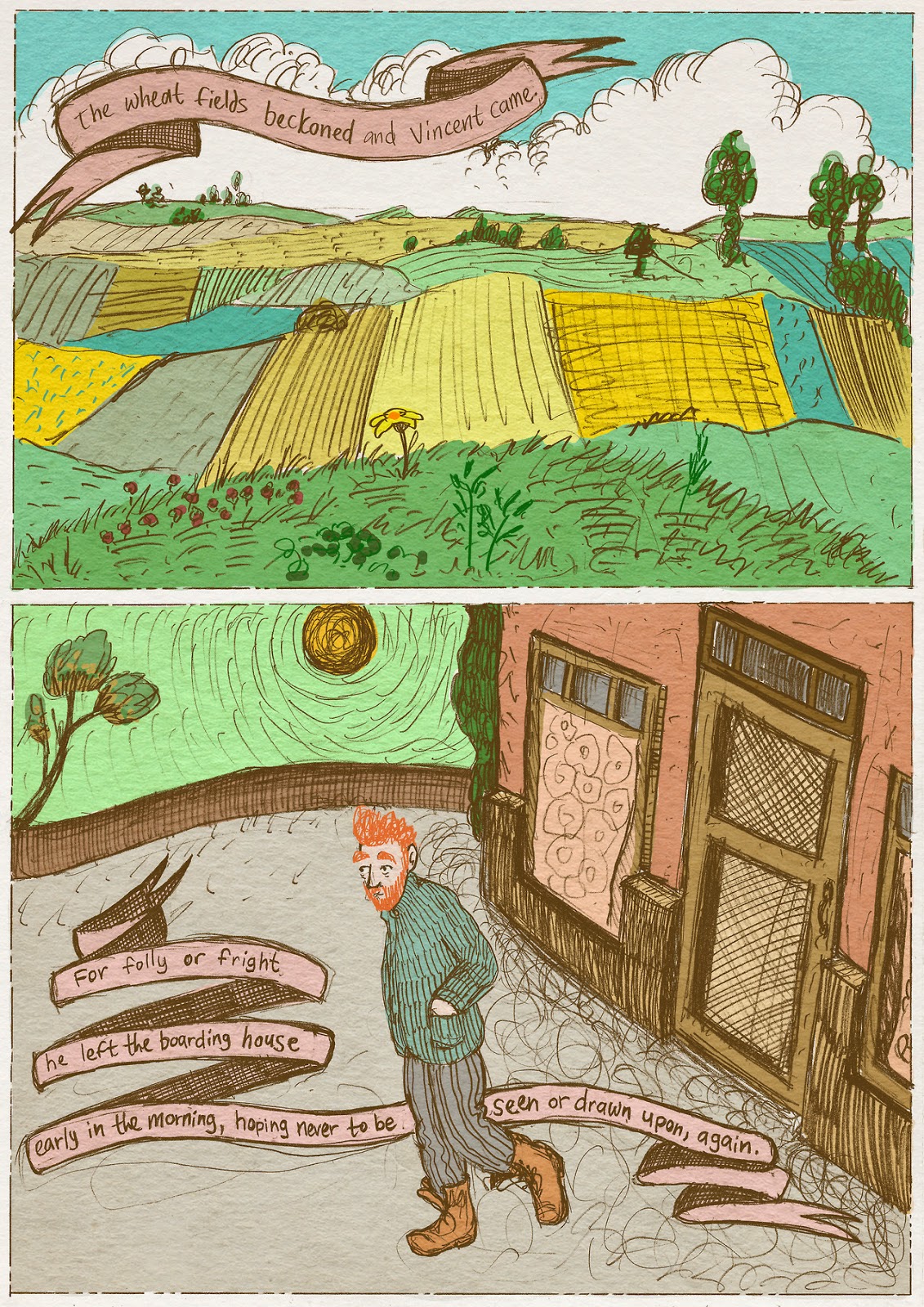