Brigid Alverson reports on Toon Books expansion into comics for older readers; the publishers have previously had a focus on producing material for younger children. More at the link, but the line, Toon Graphics, will be launching with three titles: Theseus and the Minotaur by Yvan Pommaux, due for publication in August; Cast Away on the Letter A, by the late French cartoonist Fred, due out in September; and a Neil Gaiman-penned version of Hansel and Gretel, illustrated by Lorenzo Mattotti, due in October. I'm assuming they've struck a deal to use Mattotti's illustrations for an Italian publication of the Grimm fairy-tale he illustrated back in 2009, with Gaiman doing a 're-telling' of sorts, but I may be wrong. The new line is aimed at readers from 8 years old to adults.

Drawn and Quarterly have signed the world rights to Lisa Hanawalt's new, food-themed book, Hot Dog Taste. The book will collect Hanawalt's food-centric work for Lucky Peach magazine, as well as new material. It will be Hanawalt's second book, after her debut last year, My Dirty Dumb Eyes.

Al Feldstein, long-time, hugely influential editor of the seminal Mad Magazine, passed away earlier this week. If like, me you aren't familiar with the man, perhaps just read these two pieces: this obituary, and  Judgement Day, a beautiful anti-racism comic he penned.

Funny the way things happen- we were chatting about Arthur Ranson at the shop, and Oliver mentioned he'd done a Batman story- it's collected in Batman International if you want a read of it. and then I came across a great photo-set somebody on Tumblr has kindly made. Ranson is one of my all-time favourite comics artists. 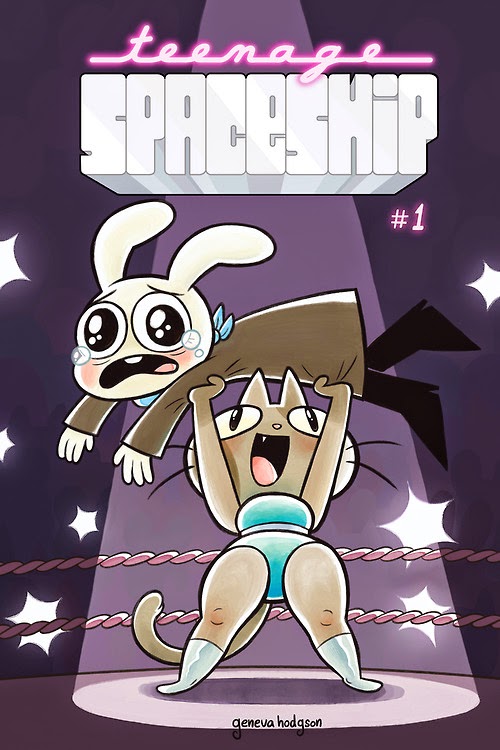 The awesome Geneva Hodgson has launched a new digital comic- Teenage Spaceship is about 'inheriting a strange world and understanding the people you'll navigate it with.' The first issue, 32 pages long, and available in a high quality PDF format from Gumroad now, is an epilogue of sorts, promising 'Friendship!! Angst!! Rudeness!! Weird historical romance speculation!! Teen wrestling!!!' and more. Hodgson is a brilliant cartoonist, so I'm really pleased to see some new comics from her- it's been a while.

On the topic of all-ages comics and space, this new one from Mike Maihack, Cleopatra in Space, looks absolutely superb. Click through for an extended preview and a trailer. That one is out now, but looks like it's a Graphix book (Scholastic's comics imprint), so if you're in the UK, the only place to buy it is most liekly Amazon.

The Image Humble Bundle is still on- it ends tomorrow, and has so far sold over 23,000 bundles. The concept is pretty straight forward; customers can name their price for the digital first volumes (not issues) Jonathan Hickman and Nick Dragotta's East of West, Greg Rucka and Michael Lark's Lazarus, Nick Spencer and Joe Eisma's Morning Glories, and Ed Brubaker and Sean Phillips' Fatale. Those who pay more than the average price will also receive the first volumes of Brian K. Vaughan and Fiona Staples' Saga, Tim Seeley and Mike Norton's Revival, and John Layman and Rob Guillory's Chew. Paying $15 or more will further 'unlock' volumes 1 and 20 of Robert Kirkman's The Walking Dead (which seems an odd choice- you get 1 and then jump to volume 20?), completing the bundle of nine comic books. Apart from the enticement of incredibly low priced comics, you can also choose where your payment goes: to be shared between the comic book creators and/or the Comic Book Legal Defense Fund, a non-profit organization dedicated to the protection of the First Amendment rights of the comics art form and its community. 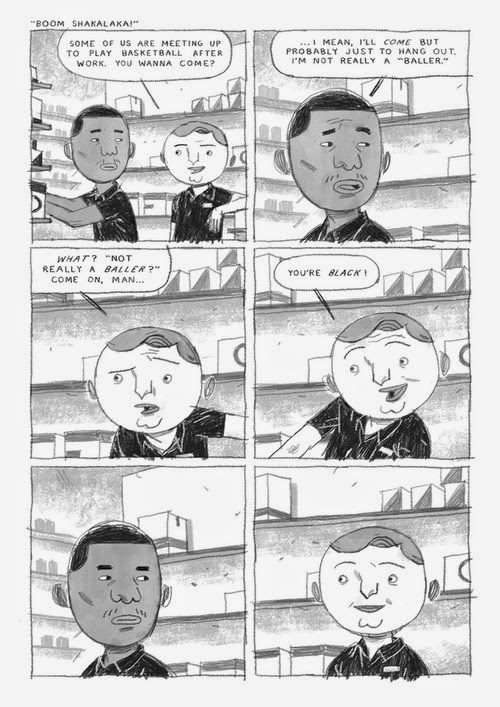 A thing I think most people are enjoying as part of DC's 75th anniversary of Batman celebrations- these animated shorts by various creators. Here's Darwyn Cooke's Batman Beyond contribution: