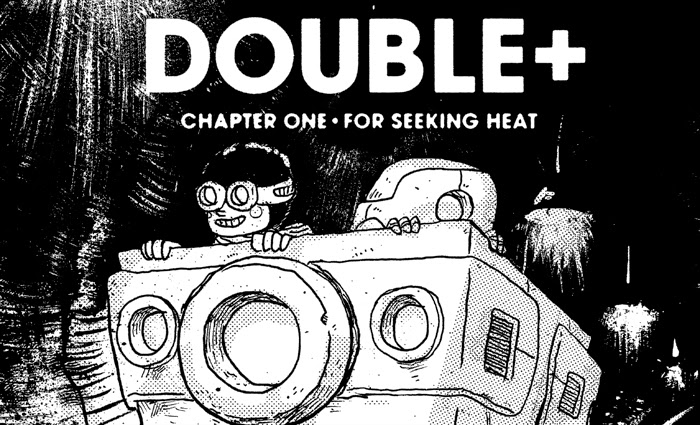 Ben Sears has just finished up the first chapter of Double +, his excellent adventure/quest comic of a boy and his robot over at the venerable Study Group Comics, On Monday, I was discussing the interplay and channels of influence between gaming and comics and the Double + is evidence of that in another way. It reminds me very much of the interactive Usborne Puzzle Adventure books I read as a kid- titles such as 'The Pyramid Plot' or 'The Lost Temple' in which the main character would embark on an interprid journey seraching for something, and the reader was required to help them out- finding people and items in busy doube page spreads of  say, a market scene, or navigating a route through the maze. It wasn't choose-your-own-adventure- the next page would show the character having found or solved the problem at hand without giving away exactly how, but it was the layouts, sequences and juxtaposition of words and pictures which I think made it easier for me to read comics. The books themselves were very much like a single player quest board game-and really good I should add, hugely engaging- they were one of my favourite series as a kid. 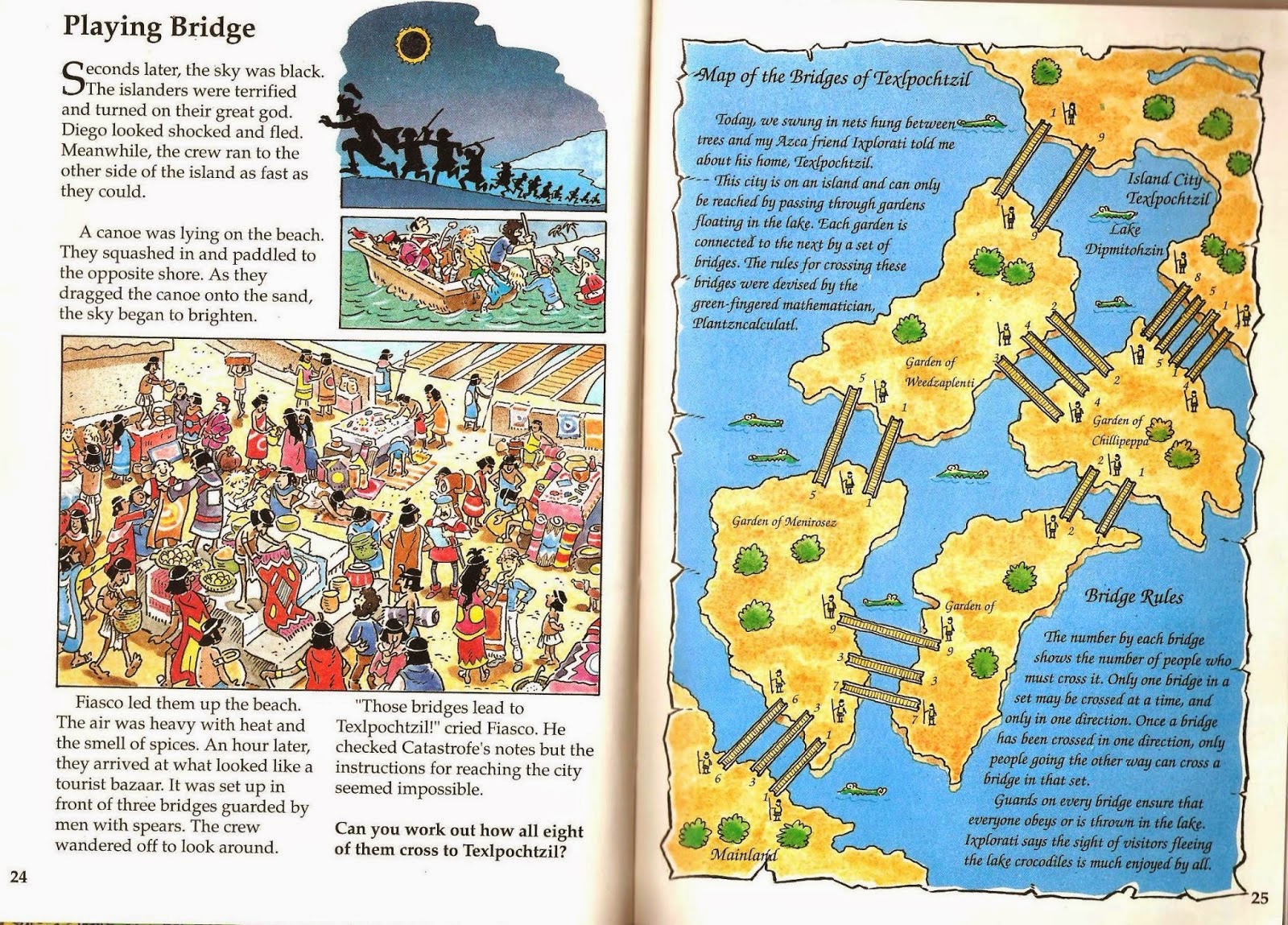 Back to Sears' Double +, what I really love about the story is the contained feel of it- that 'child and his friend against the world' theme, that enclosed little bubble world, like in Calvin and Hobbes. That enclosed little world feeling is highlighted even further here, where the only 2 beings present in the whole narrative are the boy and his robot- the only ones that matter. the conversation between them is familiar- jokey and affectionate and it gives the story a focus and a quiet, understated charm, supported by Sears art- a style that's a more pulled together, cleaner take on the gravelly sci-fi lines of Simon Roy and Sebastian Stamm. The simple, pared back design choices really work here and are refreshing to see- nothing tremendously intricate for a young boy (the excitement comes from the thing he's made- bio-luminescent water balloons) he's decked in goggles and a full head skull-cap with t-shirt and jeans and the robot/android is a floating/flying box shape with arms with a singular circle 'eye' in the center.

They're on the trail of an incredibly powerful converter chip, which will allow the robot to change into anything he can think of, but all who have previously entered 'The Claws' were never seen again. Sears layouts are so good, a wide, long-shot, horizontal panel shows the duo trekking across the desert, with 3 circles within it show close-ups of them as they progress, so the reader can read their expressions. The gaming influences is again highlighted in pages like the one at the very bottom of this post, breaking up one spread into 3 vertical panels as the mine kart trundles around a maze-like landscape. The smaller panels immediately below show the boys floating head and a inventory of his supplies (or power)- as he's running out of water balloon grenades.

It's a great little comic, wonderfully done, and I'm pleased that it's a chapter one (although this reads fine as a stand-alone story) which indicates there's more to come. It's free AND all-ages, so pretty perfect for you to press upon younger comic fans. Go read it now! 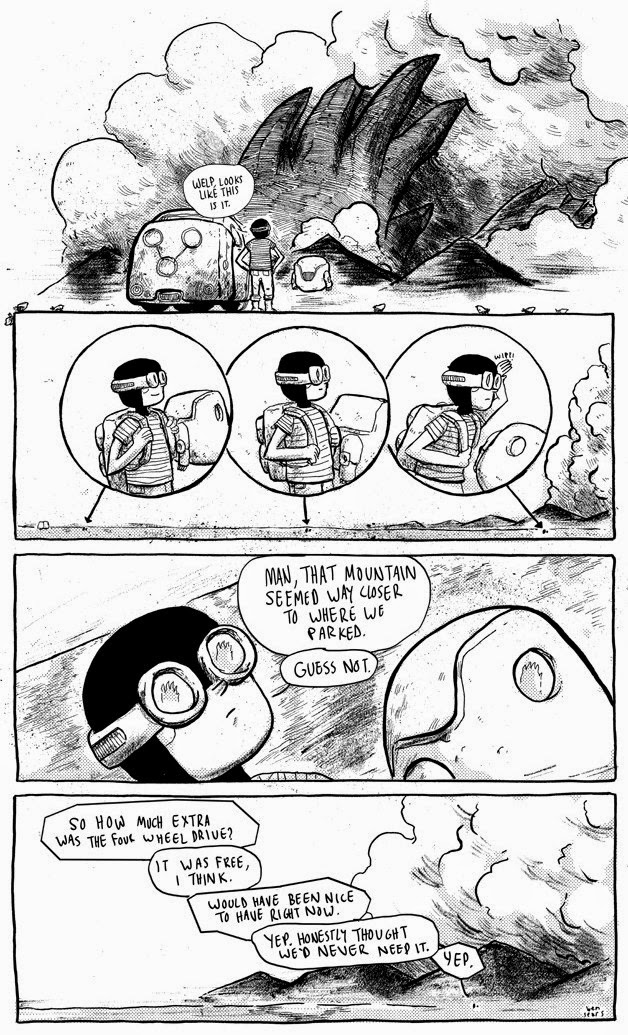 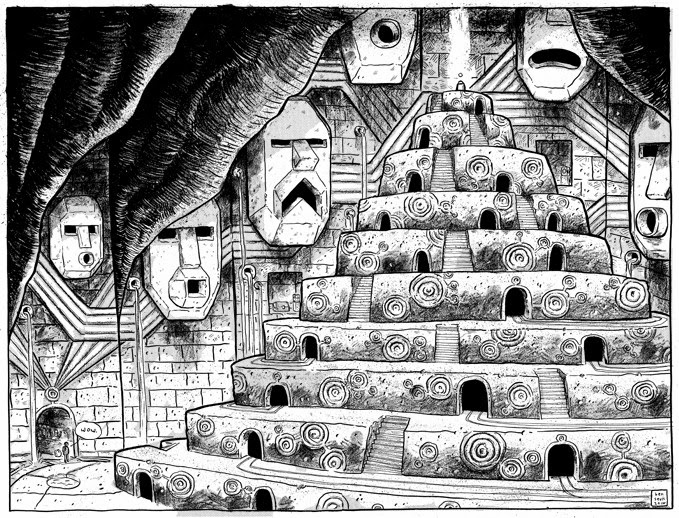 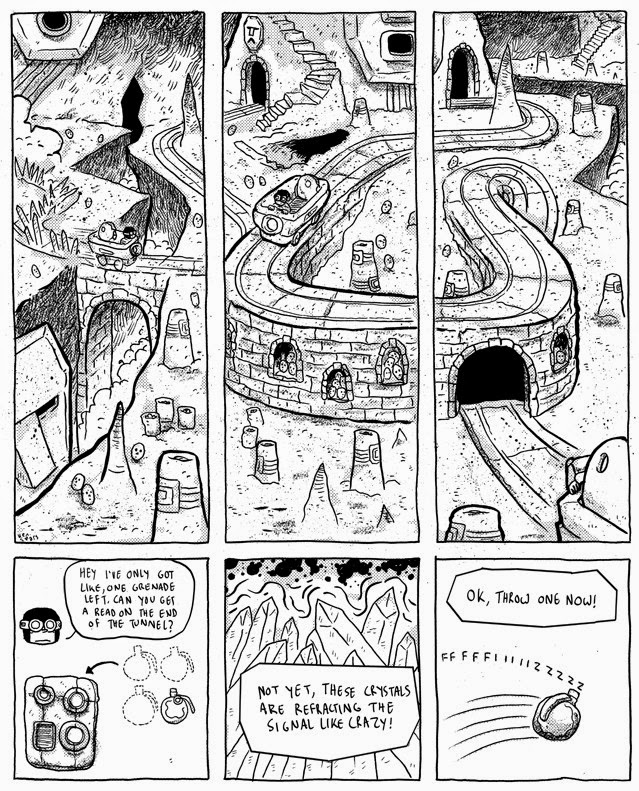