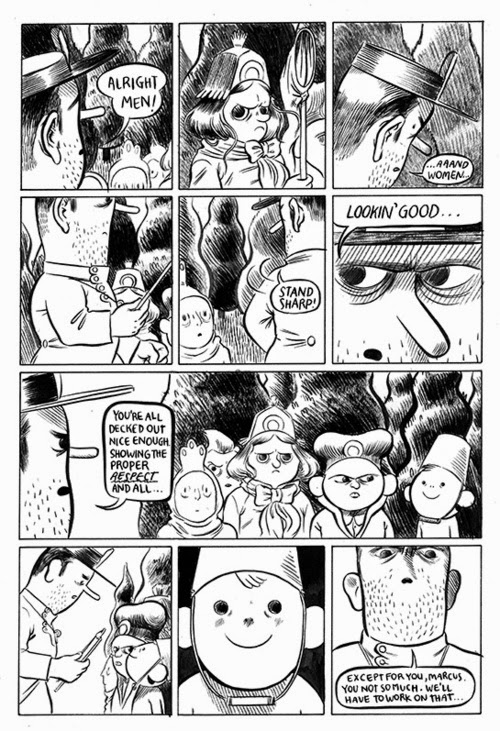 Here's a Monday ease-in piece for you. As previously recorded on this blog, I'm a massive Sophie Franz fan. I was pretty chuffed, then, to hear she was producing a short comic for free comic book day, as part of Sparkplug Comic's Barrio Mothers anthology, featuring a group of Portland artists, such as Souther Salazar, Nick Norman, Josh Juresko, Karissa Sakumoto, Asher Z. Craw, Wally Catton, Andrew Scully and Cameron Hawker. Franz's online presence has dwindled over the past 8 months or so- she used to regularly post fantastic word-prompt comics, illustrations, sketchbook pages, and more, but that's become very sporadic- I'm hoping it's because she's holed up working on a big secret project or something.

As far as I'm aware, she doesn't have a print body of work (although she may well have created mini-comics etc in the past), so her Tumblr has always been the best way to keep up with what she's producing- she also has a website here showcasing her painting and illustration work. Which is a round-about way of informing you that she's posted her free comic book day contribution online in its entirety for all to read, and that that's exactly what you should do. The 2 pages shown here are excerpted from that comic- I absolutely love large middle panel in the one below, with the birds and children in semi-gleeful, semi-terrified chaos.

If you've not come across the staggeringly talented Franz before, I'd also highly recommend that you read at least these 3 short comic works, which will give you an idea about her capabilities: 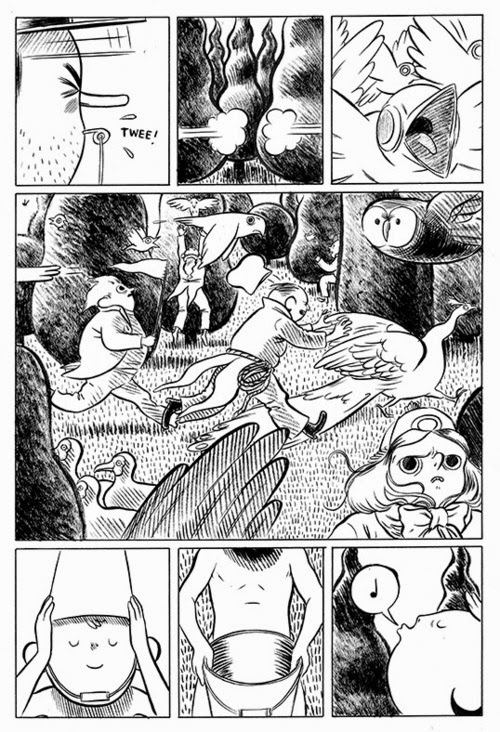