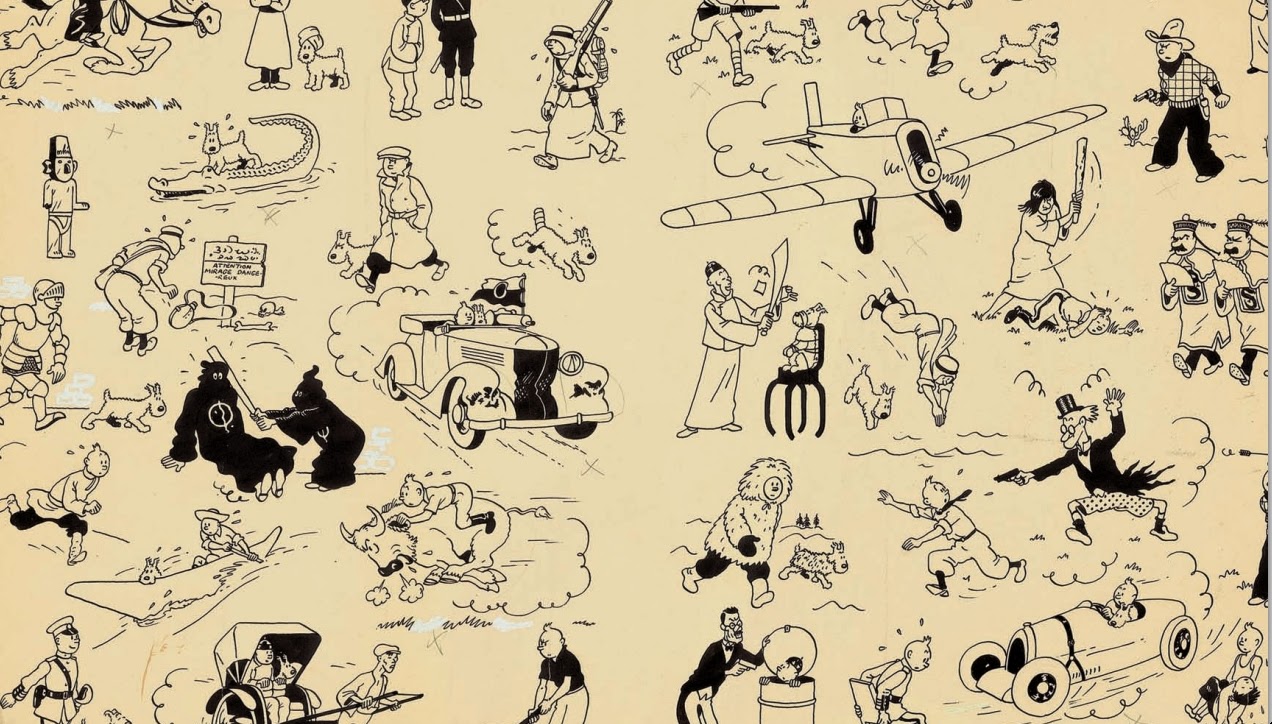 Ruminations on the increasing value and position of comics in the art world gained further consolidation this weekend after an original Herge Tintin piece sold for 2.5 million Euros at auction on Saturday, setting a new world record in the process. The piece, valued between 700,000-900,000 in the auction catalogue, dates back to 1937 and is signed by Herge himself. Interestingly, it isn't actually a page from the comics, but a double page spread (intended for end-paper purposes) of 34 inked Tintin drawings, featuring him and the ever-faithful Snowy, in various guises and situations, as seen in a number of his adventures. It was sold to an American collector after a period of frenzied bidding at French auction house Artcurial in Paris, shattering the record for the previous highest-selling piece of comic art -also held by Herge for the cover for Tintin in America (1932), which sold for 1.3 million Euros last June.

Comic art has rapidly been establishing itself as a force amongst at auction over the past decade, with collectors willing to pay huge prices for work, and prices multiplying in value as a result. The Tintin piece was part of a whole auction dedicated to Herge and his most famous creation, titled The Universe of the Creator of Tintin. This comes after French gallery Daniel Maghen's incredibly successful collaboration with renowned auction house Christie's earlier in March, which collated an unprecedented amount of original comics art from some of the medium's foremost masters- Moebius, Enki Bilal, Osamu Tezuka, Frank Frazetta, Mattotti, Franquin, and more, breaking 12 world records for high prices previously held by individual creators. That auction also pointed to the growing market for comics art, with buyers coming from all around the world; the Middle East and Asia, and 14 different countries in total, with the gallery also reporting that almost half were new customers in the original art market.

'This new world record confirms the place of cartoon art as a major art form,' said Artcurial's cartoon expert Eric Leroy. You can view all the pieces sold in the Artcurial auction via the exhibition catalogue, available online in pdf format here.