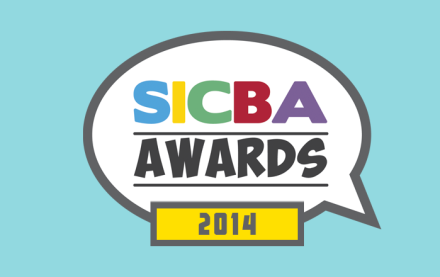 I've been a bit slow in blogging since I got back from Singapore- work has needed me to pull quite a few late nights, and coupled with jet-lag, I'm only now beginning to get back on track. Anyway. The Scottish Independent Comic Book Alliance released their shortlist for this years SICBA Awards, the fourth in the awards' history and since its founding in 2011 with an aim to celebrate and promote new creators in Scotland’s expanding comic book industry. I've become more aware of Scottish comics through anthology works like Team Girl Comic, edited by Gill Hatcher, and creators such as Malcy Duff, Neil Slorance, John Lees, Iain Laurie and Colin Bell- many of whose names appear on this list. Looking very much from the outside in (and I may be wrong), it seems to be a small, but burgeoning scene. The voting for the shortlisted winners is decided upon by the public, and will take place at Glasgow Comic Con on Saturday 5 July. Here's a full list of the nominees:

Best Comic Book or Graphic Novel:
Beginners Guide to Being Outside by Gil Hatcher
Crawl Hole by Craig Collins and Iain Laurie
Crossing Borders by Morag Kewell
Dungeon Fun: Book One by Neil Slorance and Colin Bell
The Standard #5 by John Lees and Jonathan Rector

Best Artist:
Iain Laurie for And Then Emily Was Gone #3
Morag Kewell for Crossing Borders
Neil Slorance for Dungeon Fun: Book One

Best Writer:
Gill Hatcher for Beginners Guide to Being Outside
Colin Bell for Dungeon Fun: Book One
John Lees for The Standard #5