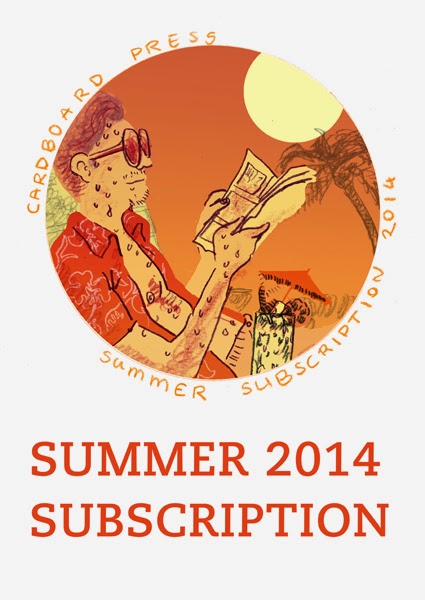 Dublin-based comics and zines publisher, Cardboard Press are following in the steps of many independent comics outfits by offering their first subscription package. Between June and September, the imprint will be releasing four new comic books by Ken Mahon, Maeve Clancy, Gus Hughes, and Paddy Lynch. Each book will be back and white and range from 32- 40 pages in length. The subscription buys you all four books , an exclusive pin button/badge only available to subscribers and Baldoyle, a new 12 page zine from Paddy Lynch (shipping with the July 2014 comic), for the price of €15, inclusive of shipping within Ireland, with international shipping costing only an additional €4.50. You can sign up for the subscription until June 30th, the end of this month.

Cardboard Press will only be publishing limited runs of each book, so this is really a great way to either get introduced to the Irish comics scene, or simply get ahold of some solid indie comics reading material. I've bought comics from Cardbaord before and they're doing an impressive job of supporting local talent and providing them with opportunities- publishing artists doing interesting and fun work. I'm particularly excited about Ken Mahon's Storm Chasers here (which I've included a couple of preview pages of below to give you a taster), and the pricing of the subscription for what you're getting is incredibly fair regardless of where you're located. It's always nice too, to get a comic delivered to your home on a monthly basis- I hope you'll lend them your support. 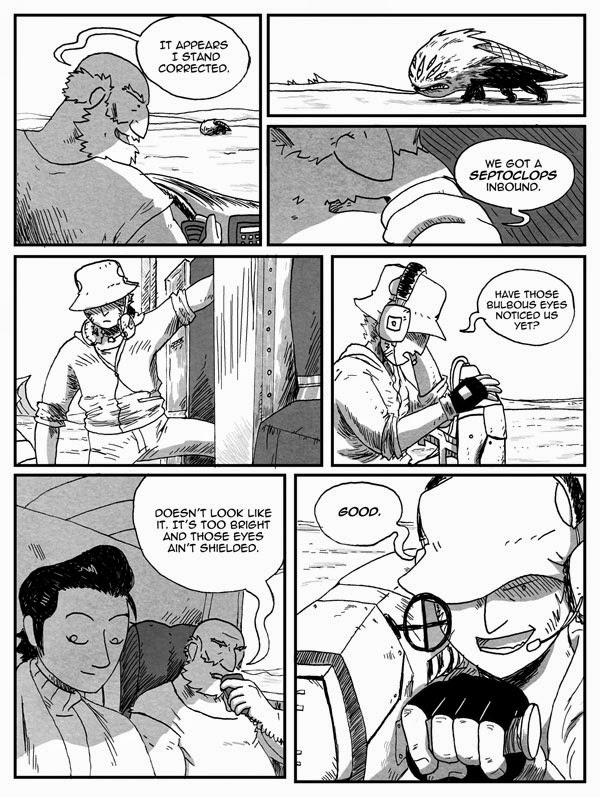 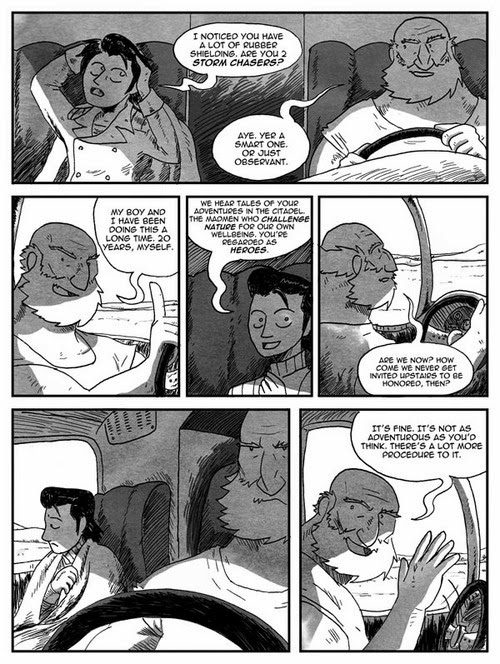