Nurse Janey will see you now 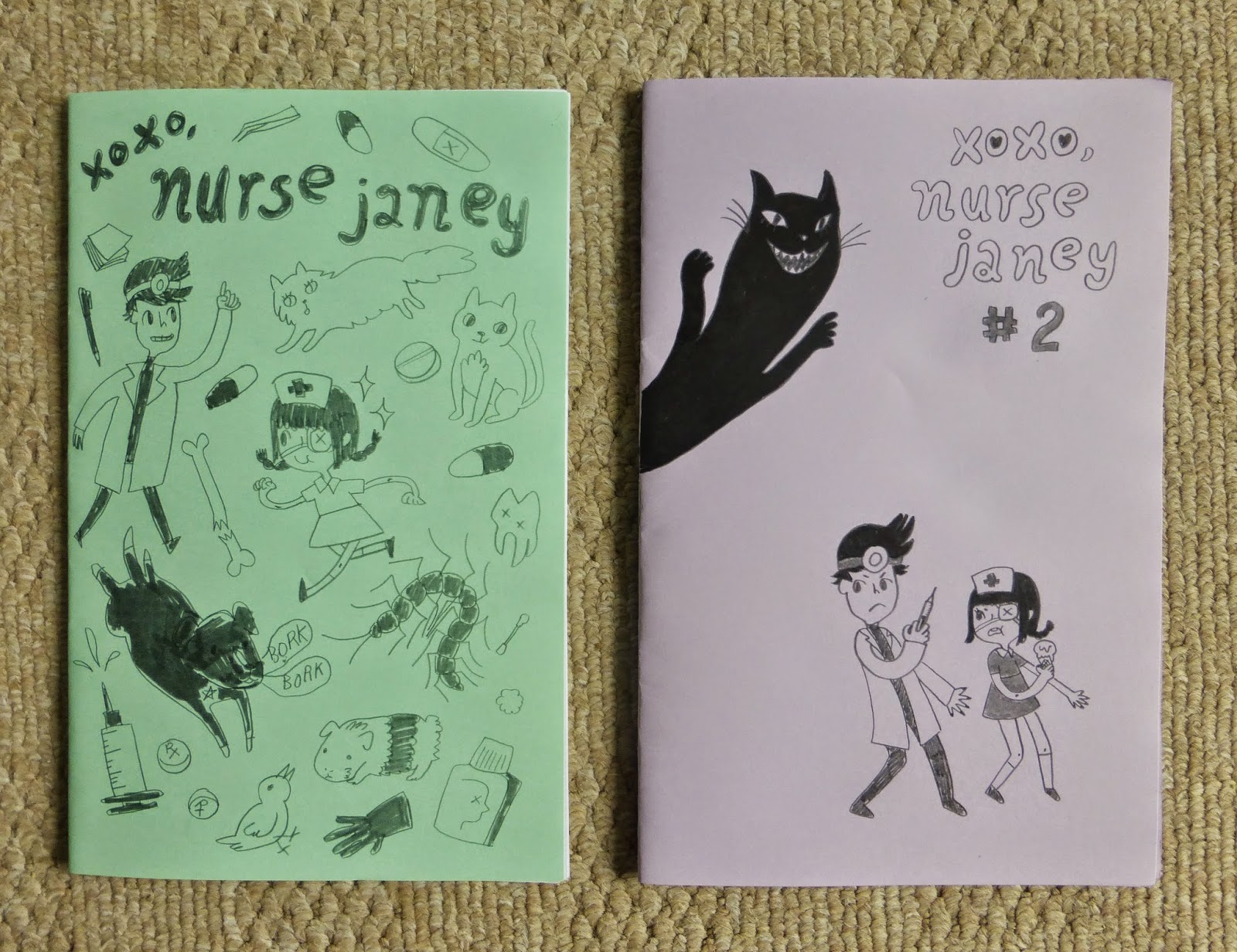 I'll be honest: as much as I love comics -and I really love comics- sometimes my ability to continue reading them just bottoms out. One of the contributors to that sense of fatigue is, ironically, writing about comics- I find it difficult a lot of the time to simply settle with a book, to switch off the 'analytical' (don't laugh) part of my brain that is pointing out bits I could write about, meanings, inferences, art techniques, panelling. Which isn't to say I don't take those elements in when reading 'for leisure' but the mind is less quiet, less strident. Another factor that feeds into that feeling of inundation, is the sheer amount of comics I have around me- piles and piles of the things in my room, where I get to the point instead of choosing something to read, I end up ignoring them all instead. I guess it's a good problem to have -and I'm very lucky- but part of me is also glad I will no longer have access to so much material once I've worked my last day at the comic book store.

Obligatory mumblings aside, we all have certain authors we buy from whenever they put something out without having to really see what that thing is, or about. For me, Jane Mai is one of those. The last things I read from Mai were her Koyama Press-published biography, the unsettling Sunday in the Park with Boys, and, more recently, her Animal Crossing inspired comic, Pond Smelt, released with Peow! Studio. She is one of those creators who I greedily wish produced more- her artistic repertoire is wide-ranging, swinging from cutesy cartoony styles to accomplished, foreboding renderings, the subjects of her art encompasses everything from video games to depression to fashion and relationships, but there's a unfiying thread there: of relatibility and a current of anxious disbelief, often evidenced by the darker undertones eked out by her work. You can find a host of her comics available to read on her website, here.

Her Nurse Janey comics are probably some of the lightest work she's done. Starring Nurse Janey- 'dim-witted and naive,' Doctor Paril, a smart vet, Stinky the 'cleverest dog around,' and Evelyn, Nurse Janey's constantly-in-a-bad-mood best friend, they're zippy, 6-panel strips that work so cleanly and switch -in Mai-style- from happy, silly and deliberately cute- 'Yay! We got more cats!'  to the edgily humorous- you don't want to know what's under Nurse Janey's eye-patch, for starters, and is it possible to be a virgin on the inside? The strips sometimes have a longer narrative, and read like a sugar-overloaded pastiche of medical soap dramas, written with a blend of appreciative affection and ridicule (the cat jokes, for example, Mai literally says 'Yay! Cats!' and is consciously giving the reader what they want, but there's a simultaneous askance 'yeah, cats, but... really now?' element present as well), and they're just so good, the ease of reading and the jokes trip along beautifully.

My favourite strip here - and again it's Mai bringing that relatable facet into play- is another funny/serious situation: tight panels show Evelyn working at her computer, Doctor Paril outside the locked door, Nurse Janey tensely communicating via an earpiece- 'We're counting on you!' she tells Evelyn, who works furiously against the clock as the computer and servers disconnect and finally collapses to the floor. 'Evelyn!!' 'Evelyn, are you there?' And a in-focus panel showing a bright screen with the image of a man in a swishy coat and the magical words 'pre-order successful'... And if you think I ruined that joke for you, that's not the end of it, which made me laugh out loud. Seriously, these are brilliant, fun, affirming comics, just go and buy them now. 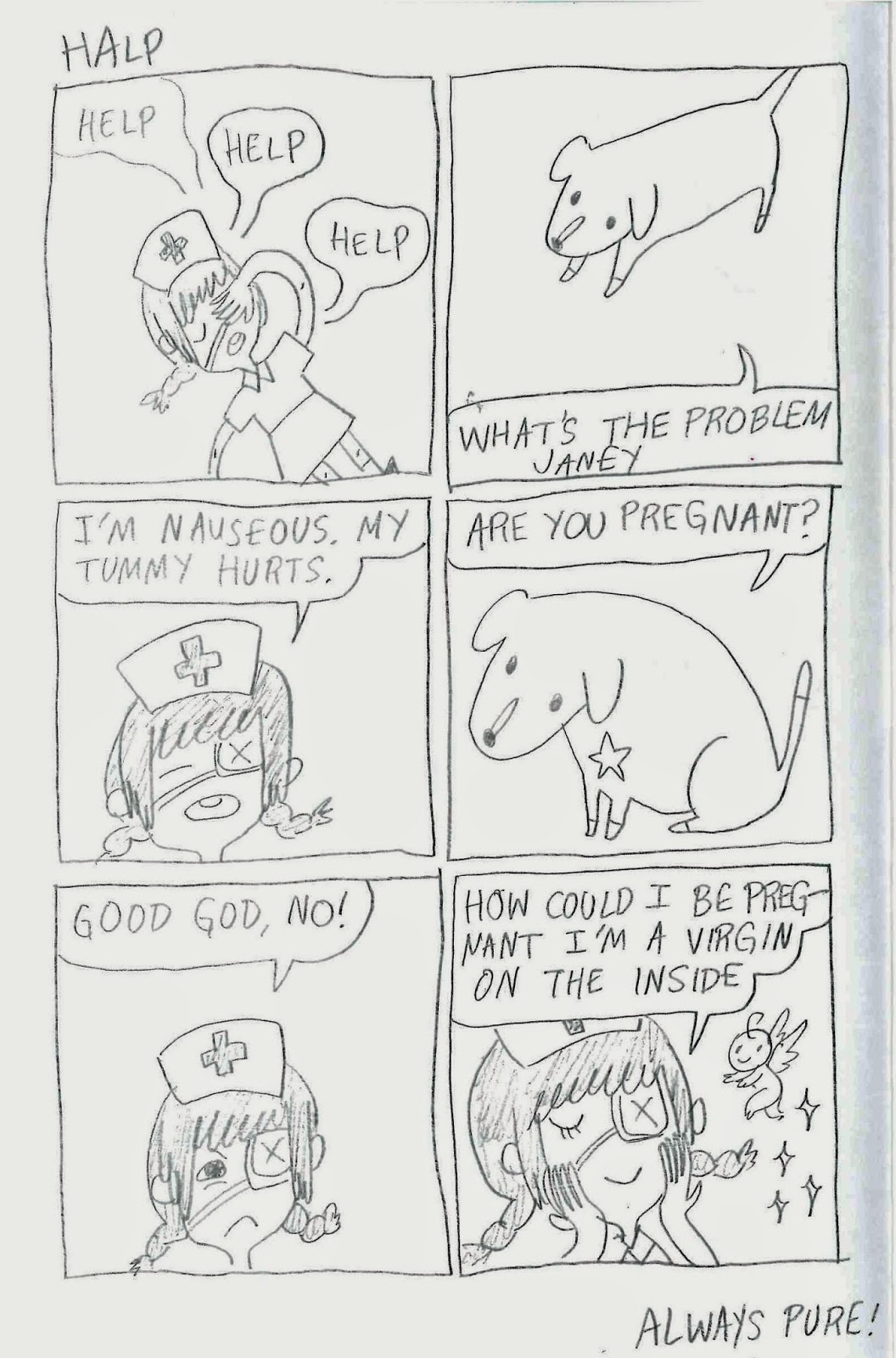 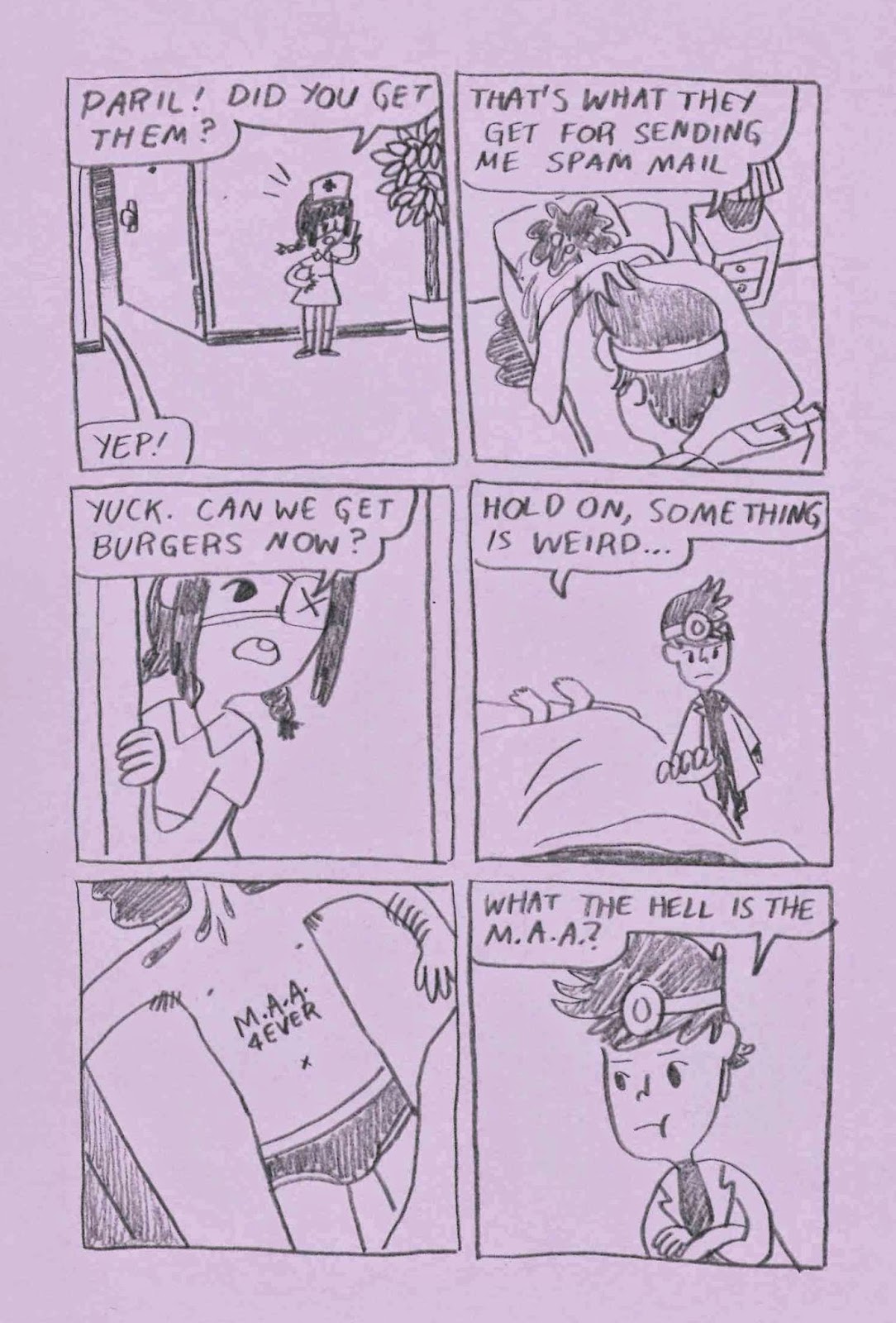 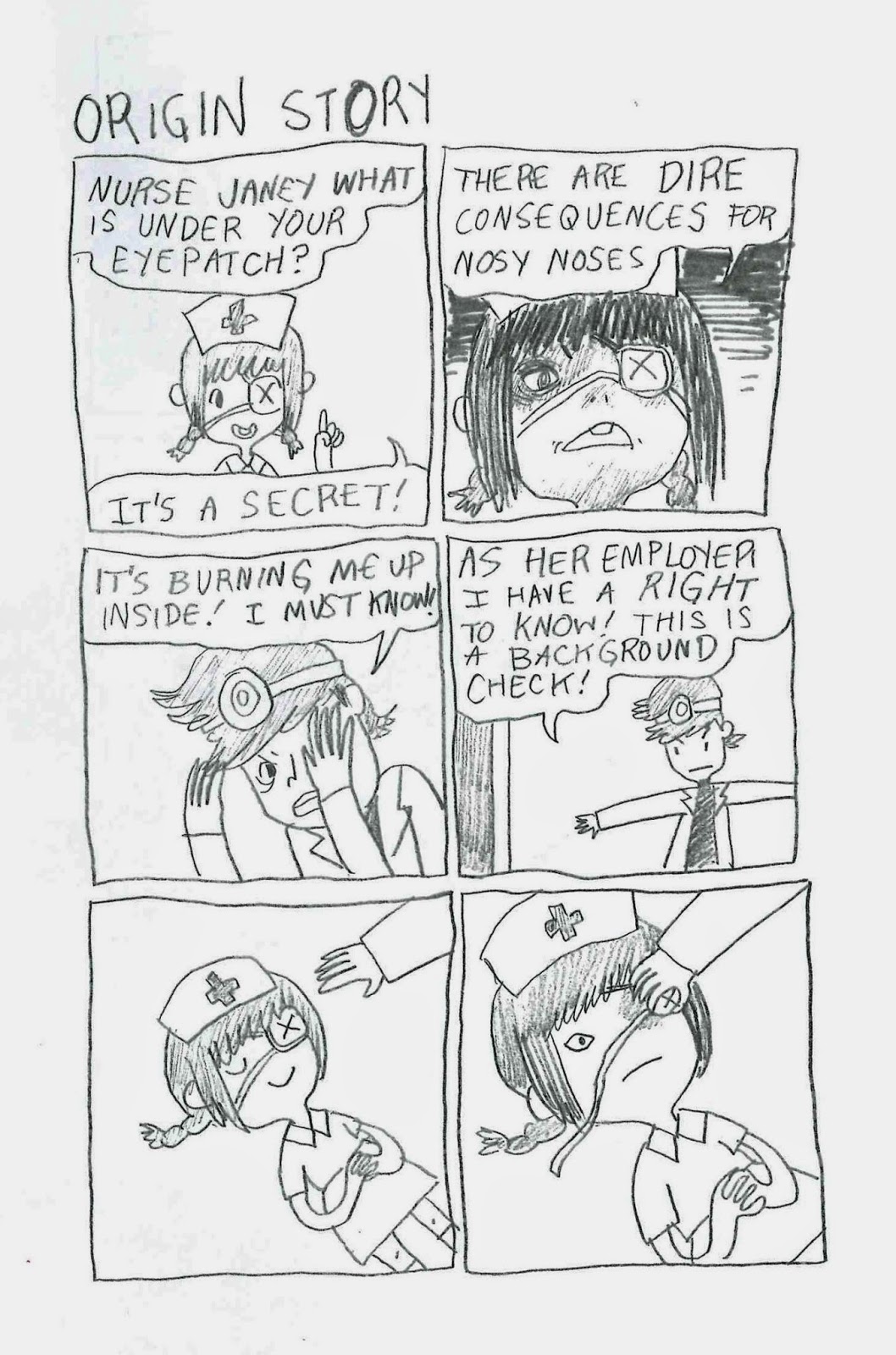