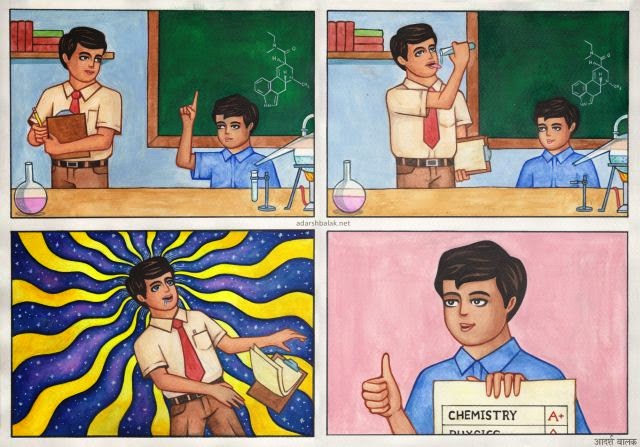 Mumbai artist Priyesh Trivedi has recently blown up on the Internet with his painted comic series, Adarsh Balak, in which Trivedi takes the familiar icon of 80's Indian school-texts and educational charts and re-purposes him in a variety of subverted images and narratives: here he is offering a joint to his father as he works late into the night, here he sits curbside swigging beer from the bottle as his friends graffiti the wall besides them, here he is tricking his chemistry teacher into dropping some acid and giving him an 'A.' The 23-year old Trivedi has so far been pursuing animation as a career, but it's his new comic which has bought him to wider attention and acclaim; striking a chord with a generation of young adults like himself who have grown up with the neatly turned out schoolboy decorating their books, and take pleasure in seeing him turn against the lessons he once taught. It's the delight of seeing recognised associations in unexpected situations that shocks and amuses, and resonates- here, especially, the good boy gone bad, and the contemporary references -'swag' paired with something that represents traditional, conservative values.

Trivedi set up a Facebook page for Adarsh Balak just over a month ago: it has rapidly garnered over 30,000 likes and continues to grow.

It began with one image: last year, Trivedi made a poster of a young boy rolling a joint with ‘T for Toke’ emblazoned across the top in Devanagari script that emulated the Barakhadi charts, which would depict a young boy undertaking various 'good' and 'correct' practices, used in many Indian schools. The image proved popular, spreading quickly thanks to the internet, and selling a number of prints. It was easily the most successful thing Trivedi had done, and he was encouraged by the response to create further and expand on the theme, which led to the production of the comics. In an interview with Visual Disobedience, he credits the swift popularity of the strips to 'the love for nostalgia and the archaic which most of us have that is partly responsible for the popularity. I always found the visual styling of the educational charts from the ‘80s and early ‘90s very amusing. Most of the people relate to this style because they probably went to school when these charts were widely prevalent.'

Tridevi's strip is still in its fledgling stages, but it's generating a lot of clamour- with some comparing his work to that of Spanish cartoonist Joan Cornella. I can see why- the strong, bright painted visuals, and the superficially thematic similarities of a satirical social deviance, but Cornella is much more biting, more out there, more surreal, and also plays around with the notion of visual illusions. Either way, Tridevi's a fan: 'I love Joan’s work. He’s definitely an inspiration not just for this series but for me as an artist in general. In fact, quite a lot of people have told me that my work reminds them of Joan which I kind of take as a compliment since I look up to him. Stylistically we are very different but it’s because he has already created a niche for bizarre and unsettling stuff.' 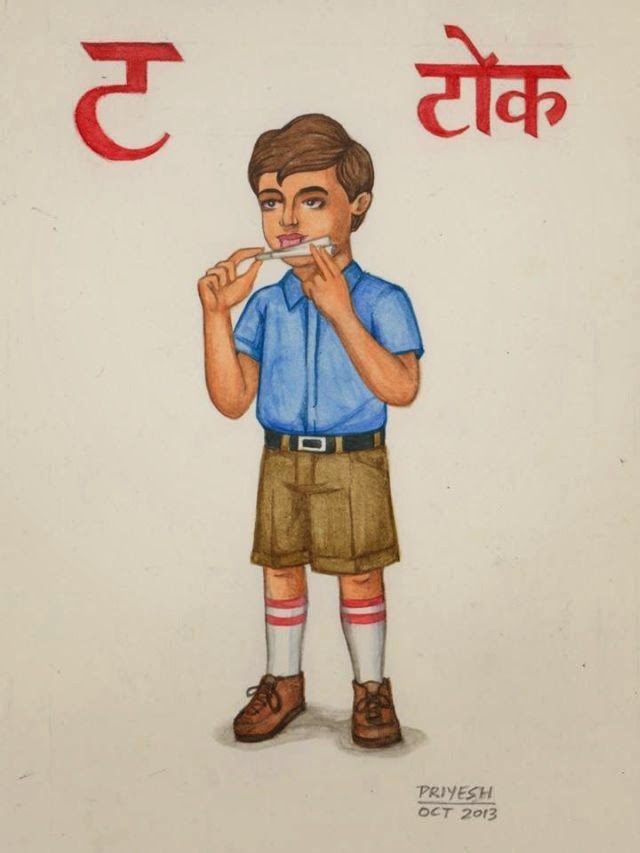 You can read more about the young Indian artist in this interview, which is illuminating in itself with regards to the animation industry in India. I like what he has to say about constantly pushing yourself and experimenting with different styles and mediums:

'The style which I could relate to the most was surrealism and psychedelic art. Up until two years ago, I was really big on psychedelic art. That style of art was very intuitive for me. I didn't have to try, it just flowed from my head onto the canvas. But as an artist, I think it's very important not to settle on just one thing. Keep experimenting and see what works for you. I'm very afraid of belonging to any one niche. I dabbled with realism, I dabbled with abstract art, I dabbled with psychedelic art. I've even tried my hand at sculpting.'

You can find the Adarsh Balak Facebook page here. 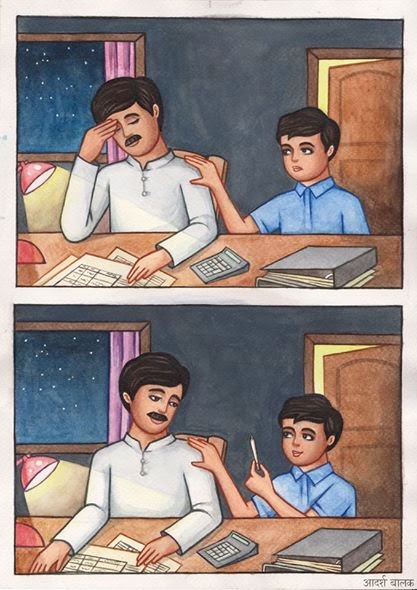 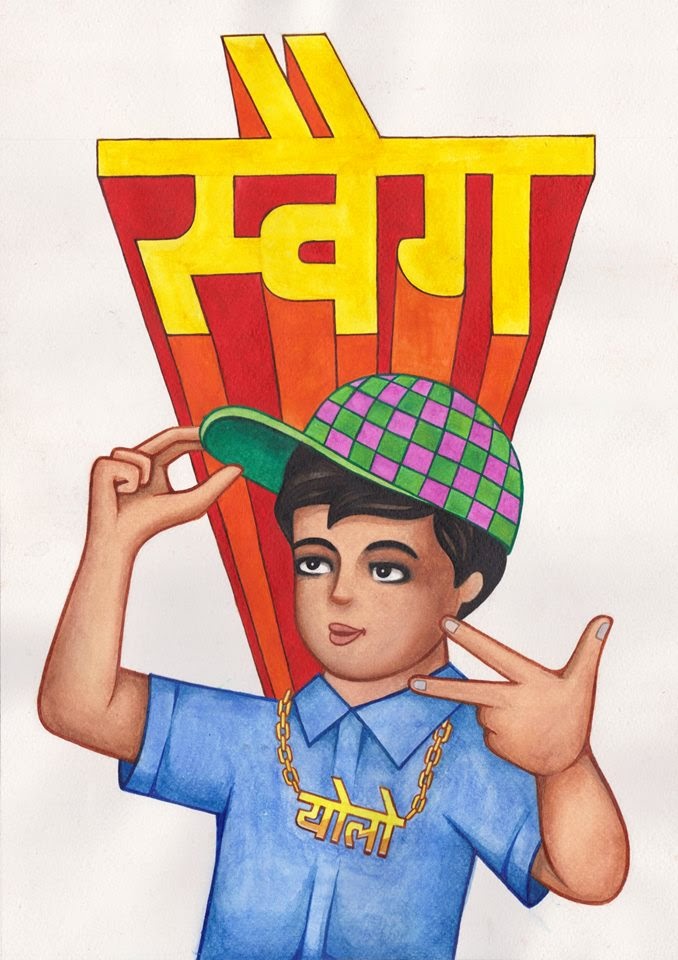