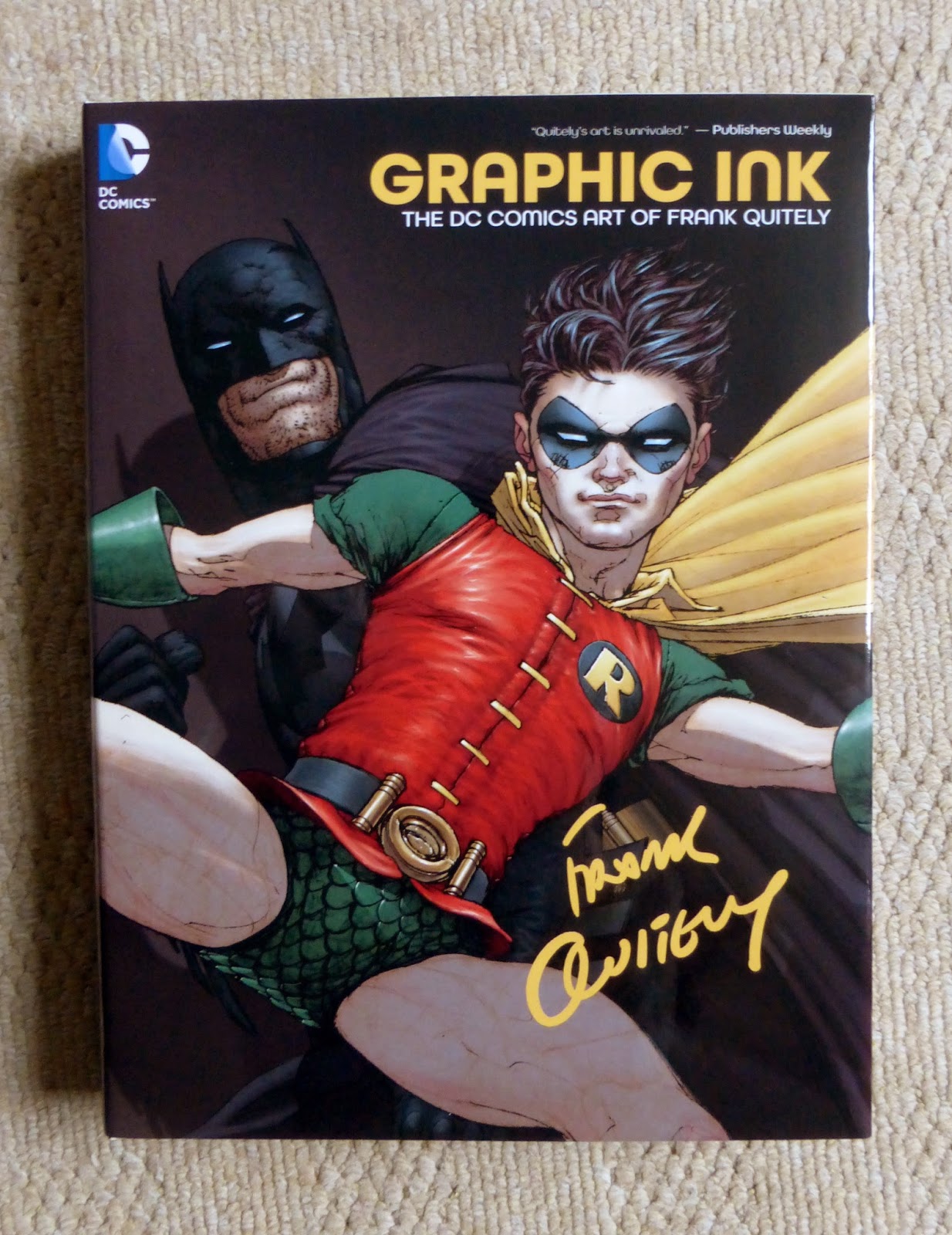 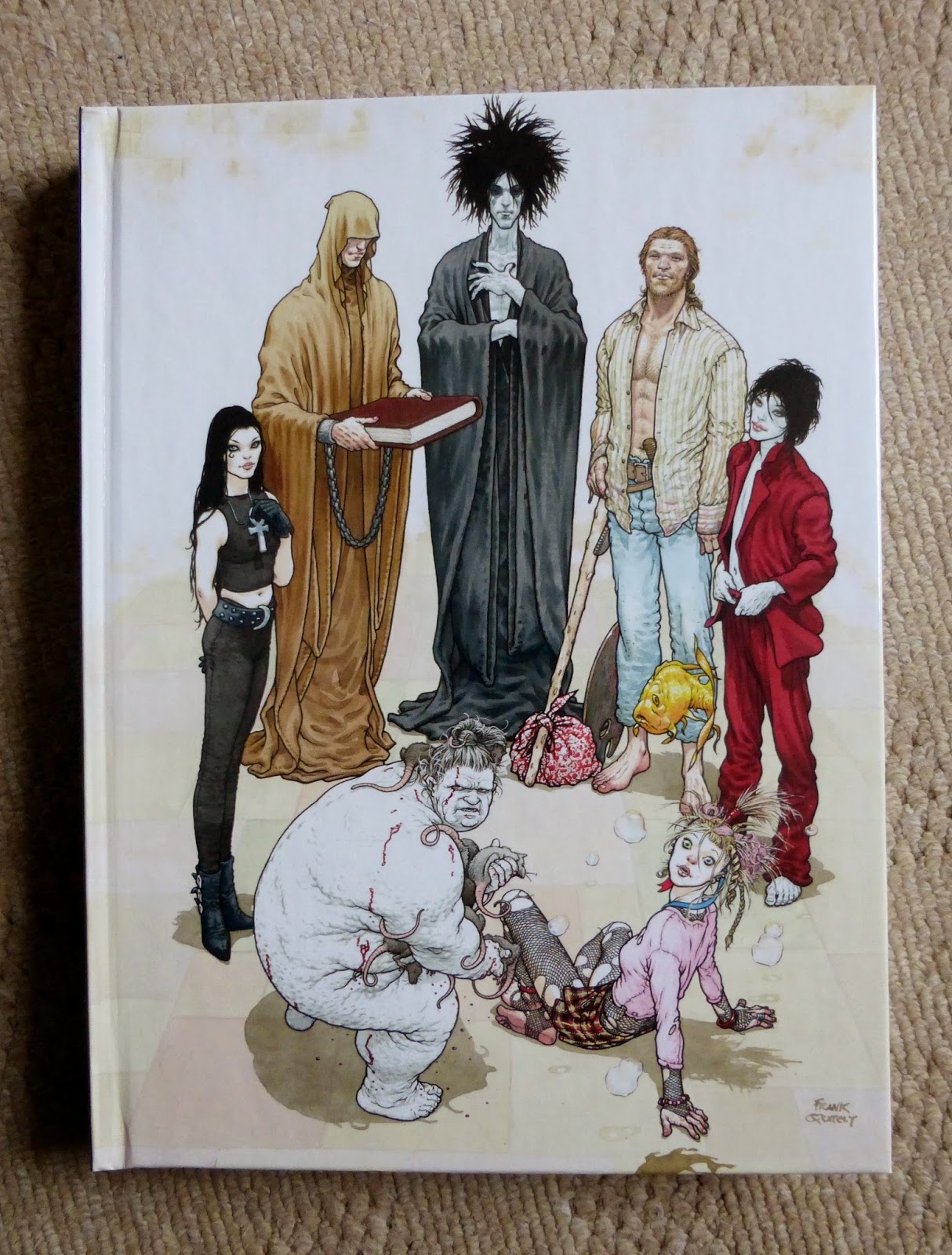 I'll be glad when I've worked my last 2 weeks at the comic book shop simply because of the difference it'll have on my wallet: all this stuff comes through- half of which I'm not even ware of and I feel the need to buy it intensely (while I still have money, because who knows when circumstances could change). I tend to go a bit crazier in the build up to Ramadhan, which starts this Saturday, and start stockpiling books like a rabid squirrel approaching winter so I have a whole pile of material to keep my mind occupied and away from the calls of my stomach. One of the newer books I got last week was this mammoth collection of Frank Quitely's comics and art- specifically his DC work- mainly a lot of his Vertigo comics and a good chunk of his more recent Batman collaborations with Grant Morrison towards the end. I figured a Friday photo post would go down well with a few observations about the volume that may help anyone else who may be thinking over whether to purchase it or not.

I'm a newer fan of Quitely's work (he's been around for a while, but I never really feel like I've caught up on comics) and so for me, this is a good and quick way to get familiar with a substantial bulk of his career. He has that fine, clear line-work I find appealing, and a special distinctive way of  drawing people: crumpled, but alive- there's a very tangible sense of character that he presents. His art also has a calmness that I appreciate- it's not loud or obvious, like a distilling of photo-realism with a shade more gloss. DC have done a good job with this book aesthetically and in terms of quality and functionality: a nice glossy dust jacket with crotch Robin and weirdo Batman on the front, with the hardback cover underneath glossy too, featuring Dream and his siblings. It's well-bound, too, 368 pages, secure but not so tight that it eats into the gutters and you can't actually read the comic pages, which was a problem with the deluxe edition of Solo, for example. It's just wider than A4 in size, although about as tall in height with nice blue-tone endpapers of an identity line-up from Gangland: 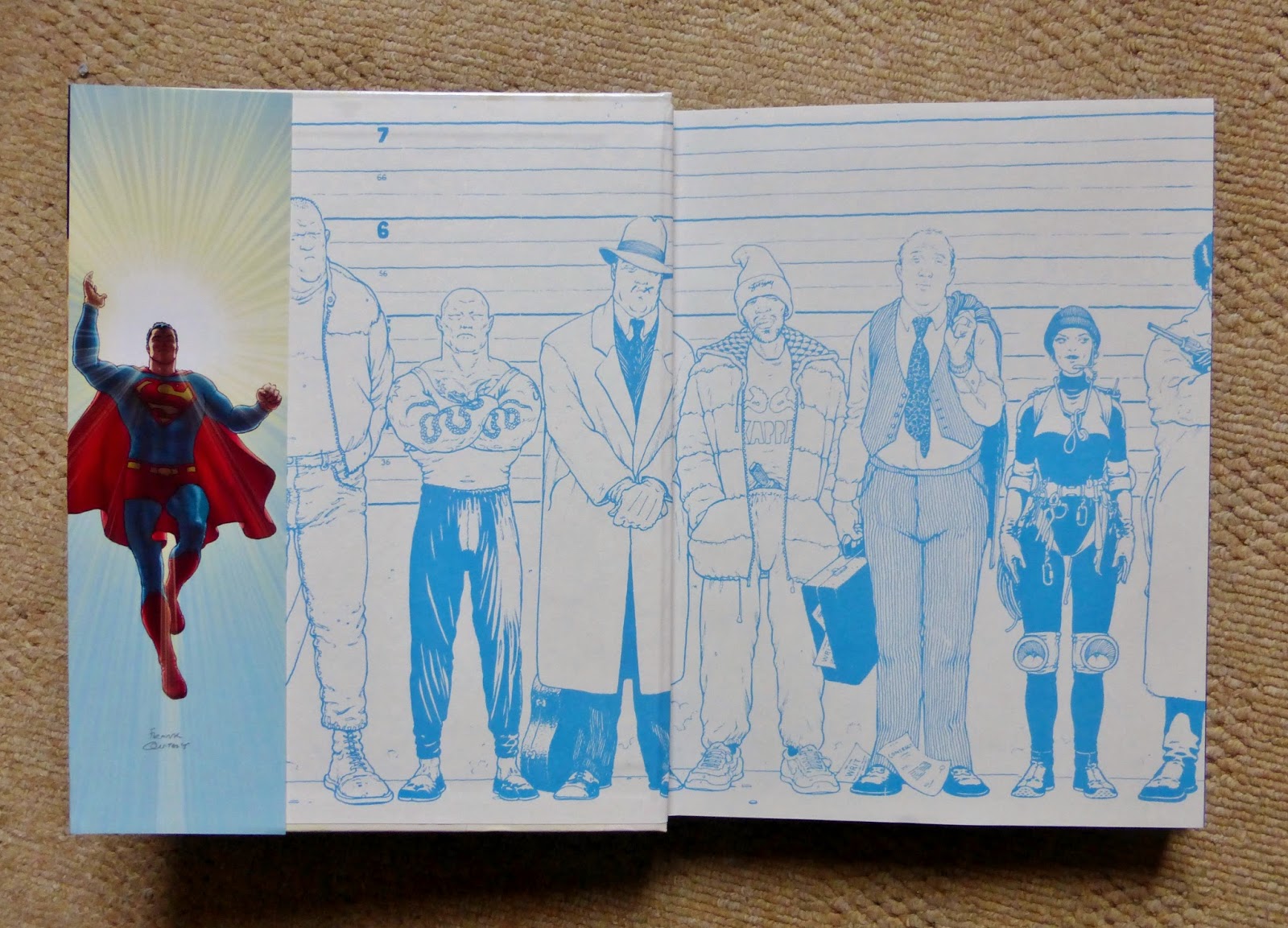 I have to admit, when we were talking about this book prior to release, I wasn't that interested in it, thinking it to be an art book containing sketches, covers, process work- something for the more committed admirer of Quitely's work perhaps. When we got them in the shop and opened them up, I realised it was mainly simply comics, interposed with a very healthy and welcome dose of gorgeous covers and pin-ups and that immediately made it a more attractive prospect- a book full of comics I can work through and get a whole load more out of. At £30, I don't think it's unfairly priced, either, especially as so many shops and online stores offer some form of discount nowadays. Below I've taken some more pretty bad pictures (we should all agree I'm not going to improve on that front now and let it go), and listed all the comics the book contains- I thought that might be useful for anyone looking to fill gaps or sate curiosity. I haven't listed the covers or we'd be here forever. Overall a very worthwhile buy. 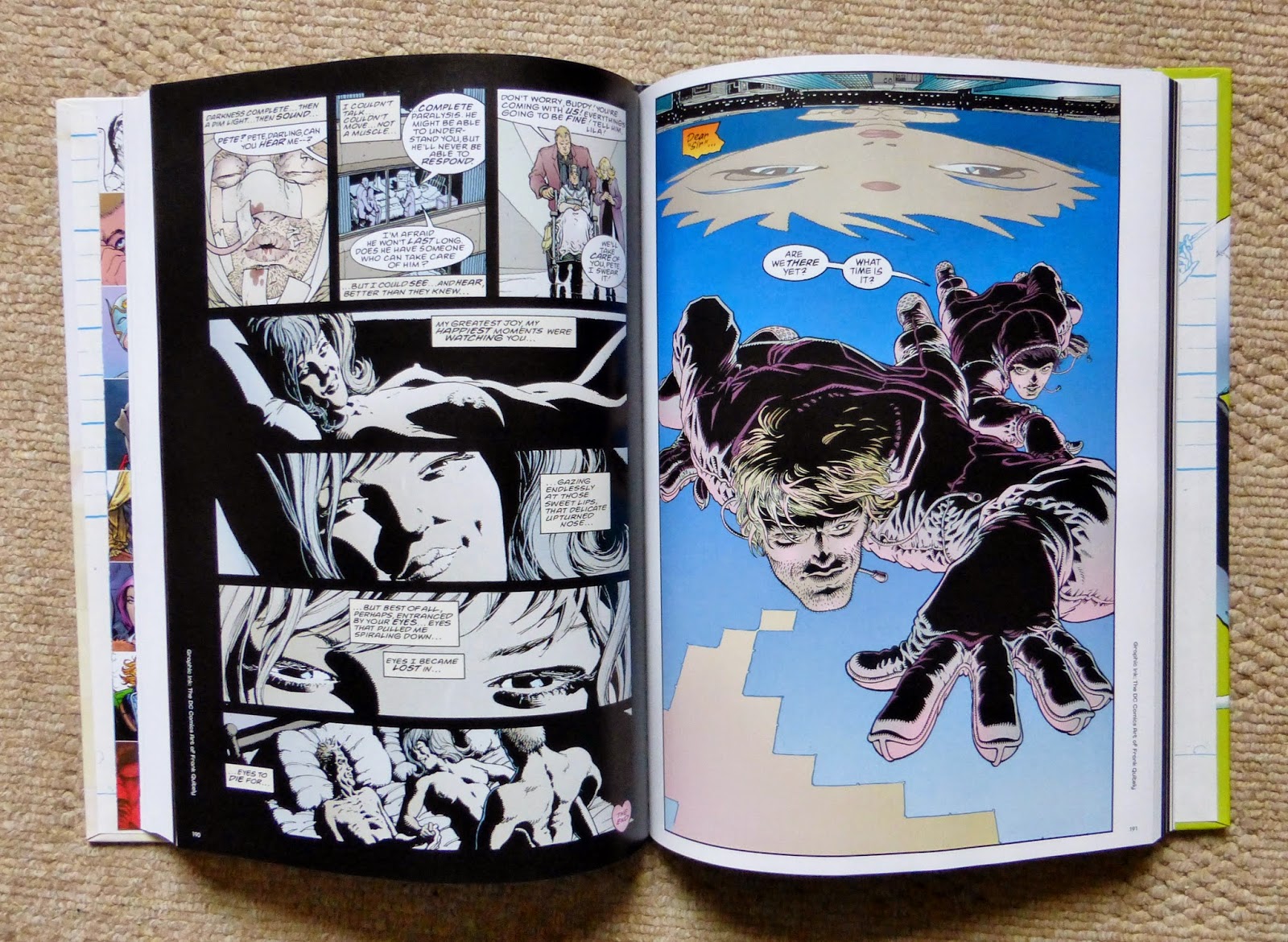 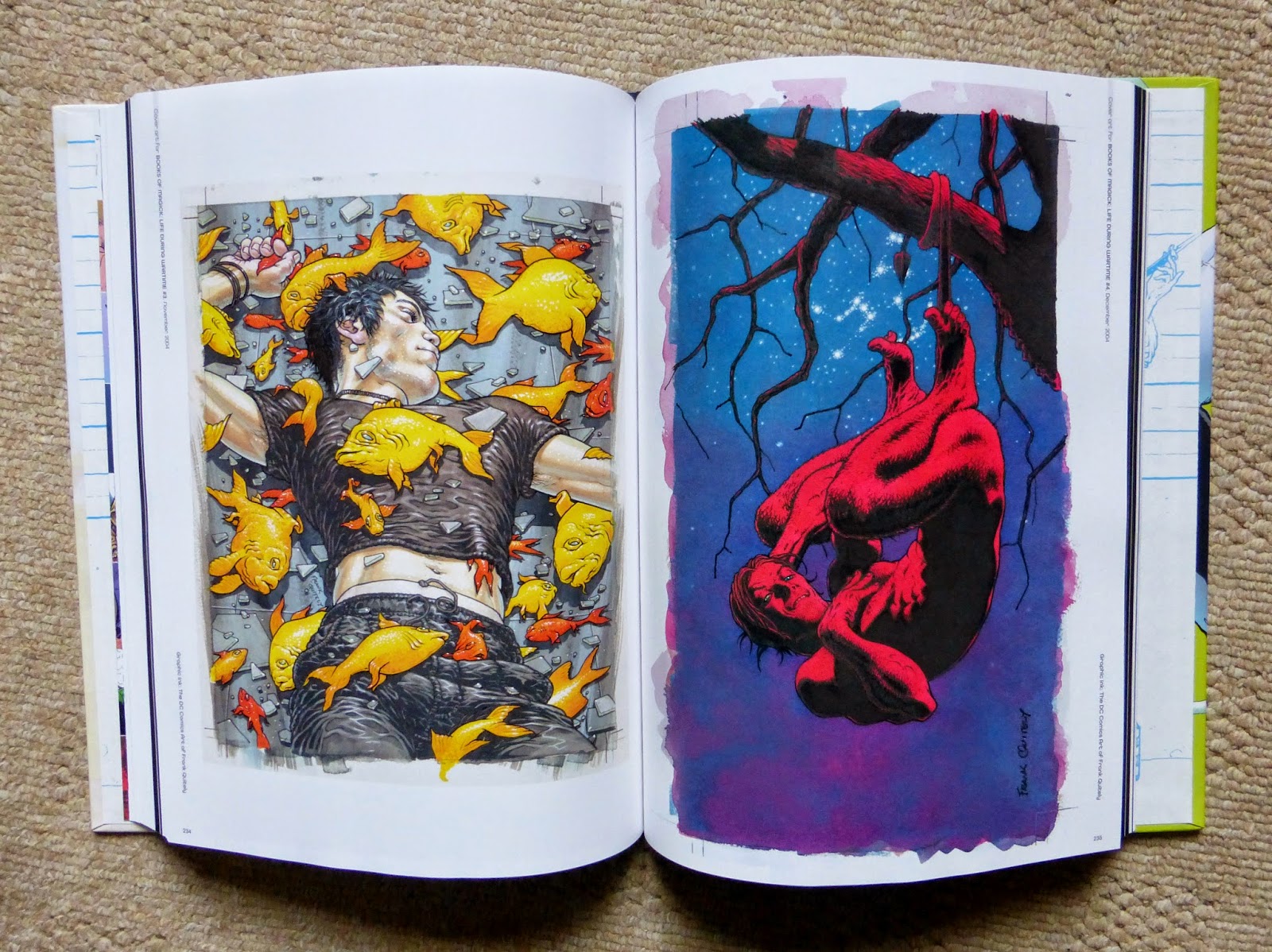 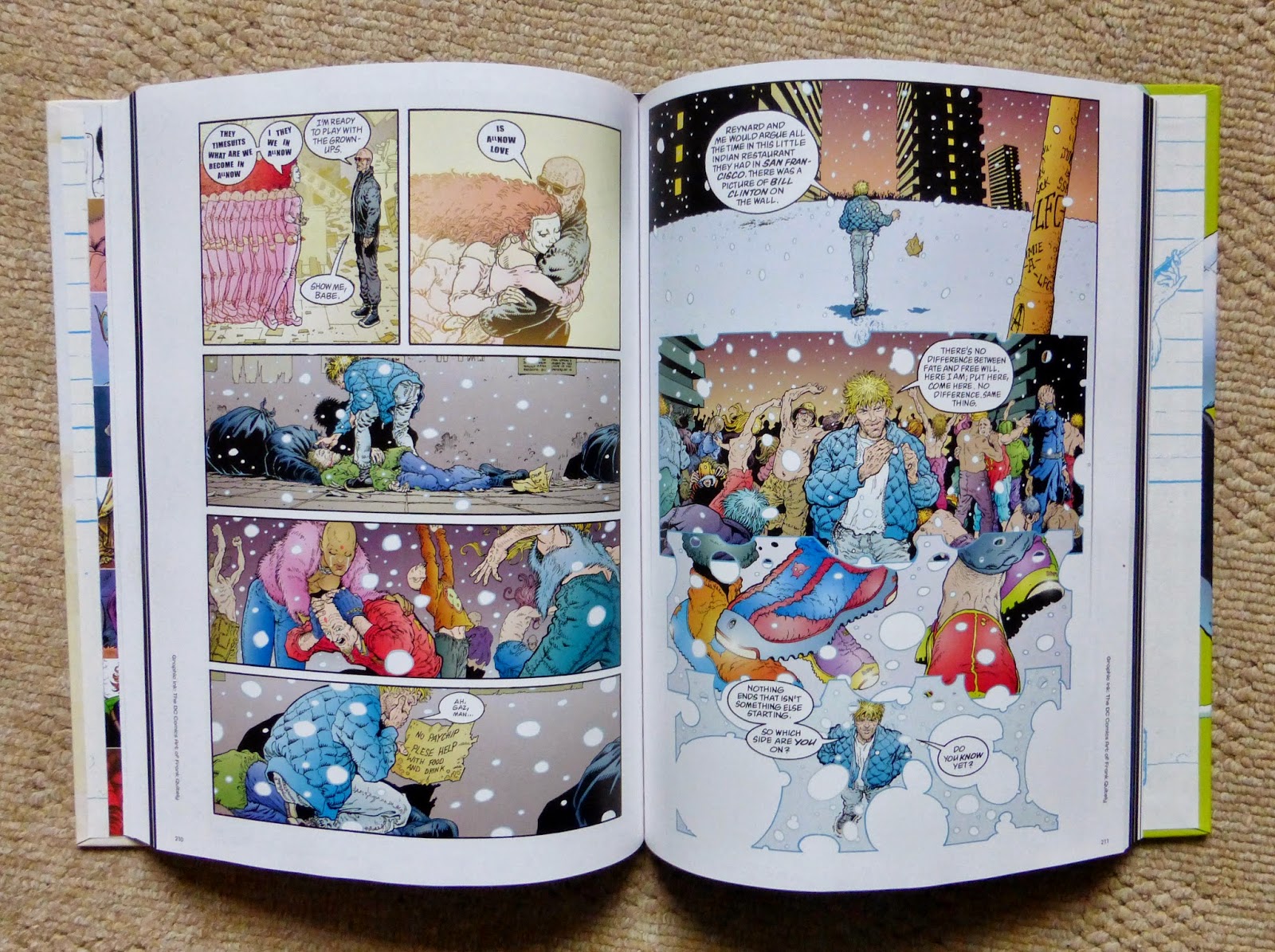 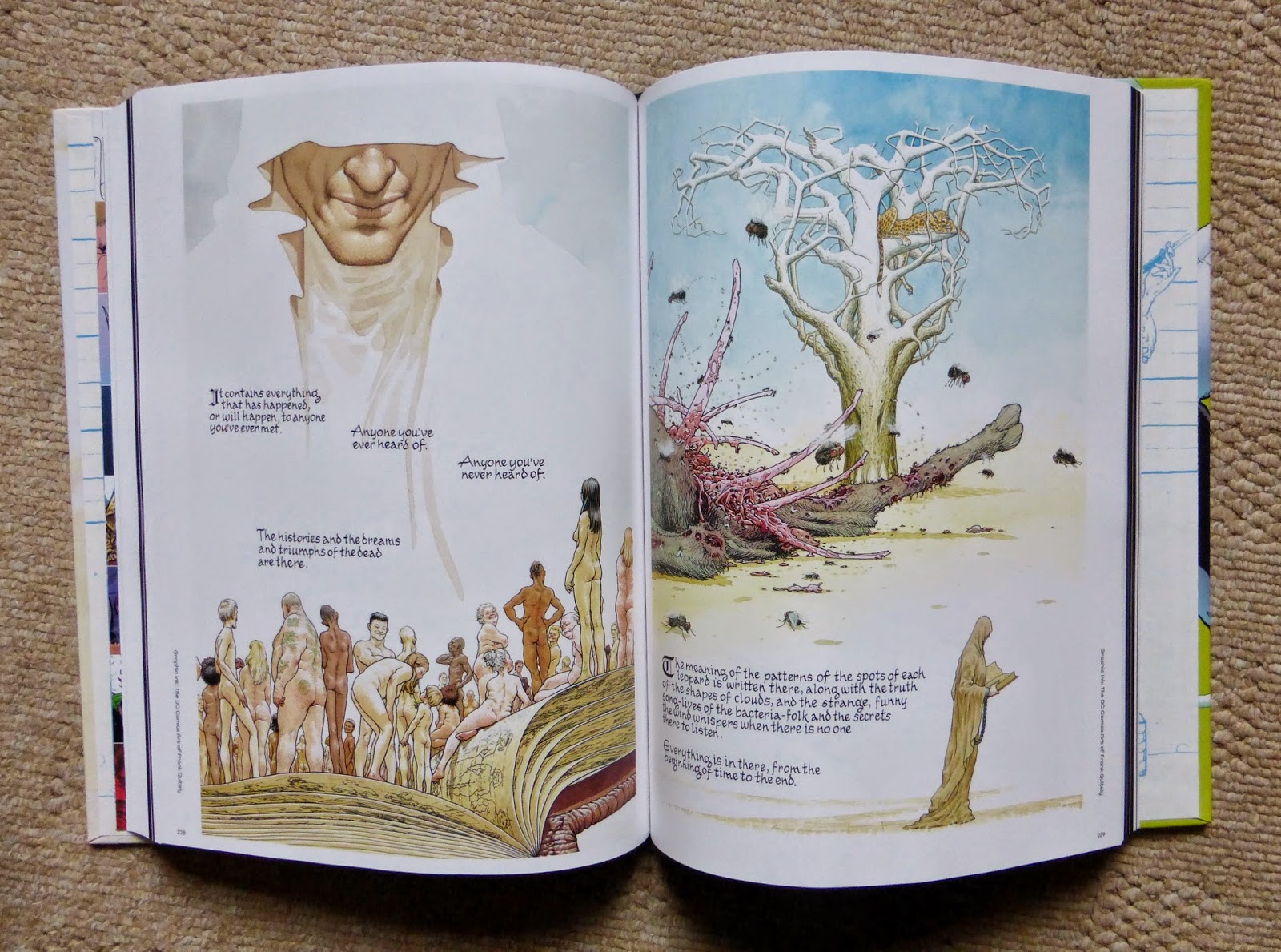 Here's a list of all the comics the book includes:
The Physicist and the Flying Saucers written by Doug Moench (1995)
New Toys written by Grant Morrison (1997)
A Visit with the Hanging Judge written by Bronwyn Carlton (1995)
Salvador Dali written by Carl Posey (1995)
The Heroic Revenge Story written by Warren Ellis (2000)
The Elephant Man written by Gahan Wilson (1996)
Romancing the Stone written by Ilya (1999)
The Cottingsley Fairy Photos written by Paul M. Yellovic (1996)
Your Special Day written by Doselle Young (1998)
Ma Barker written by George Hagenauer (1996)
Immune written by Robert Rodi (1999) 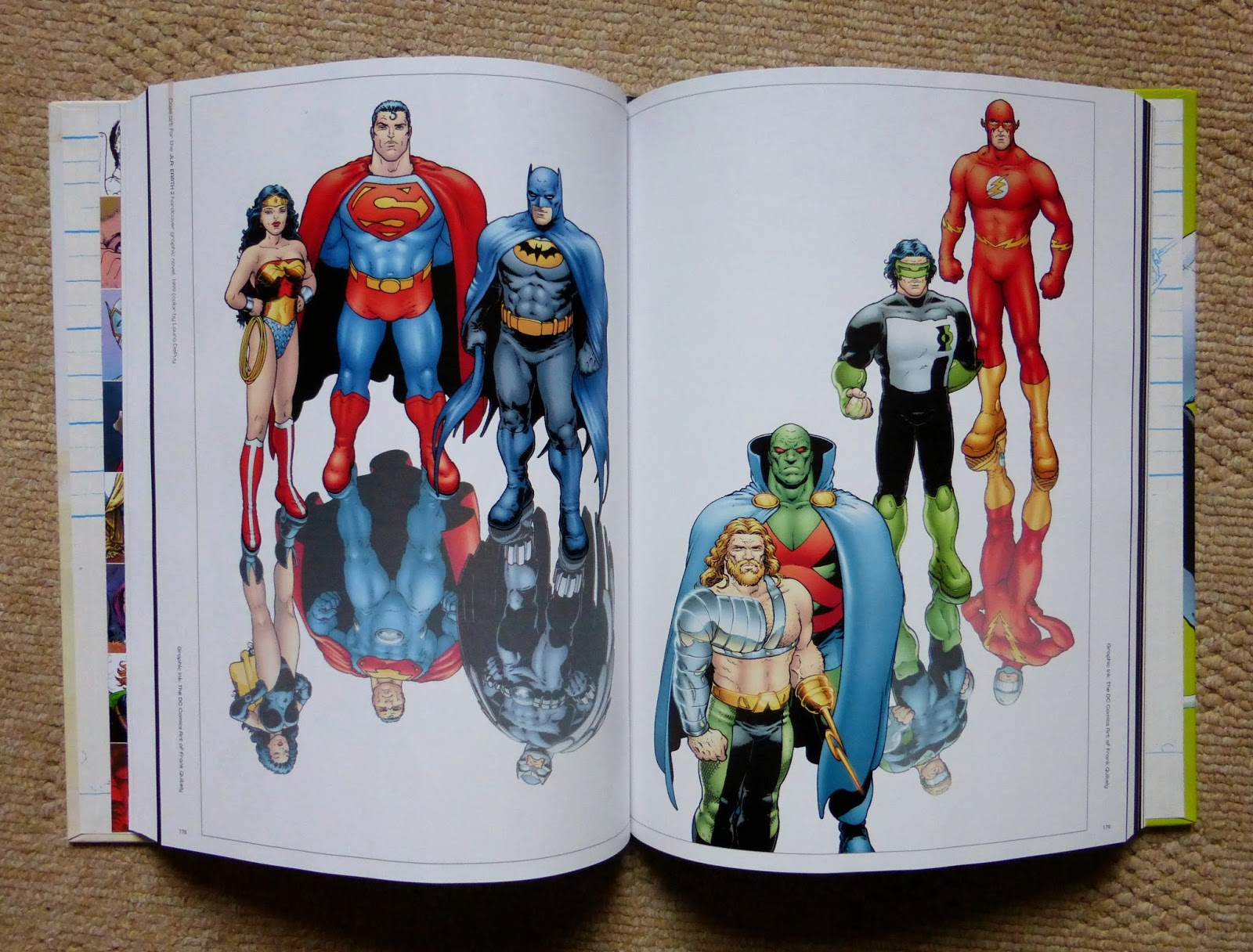 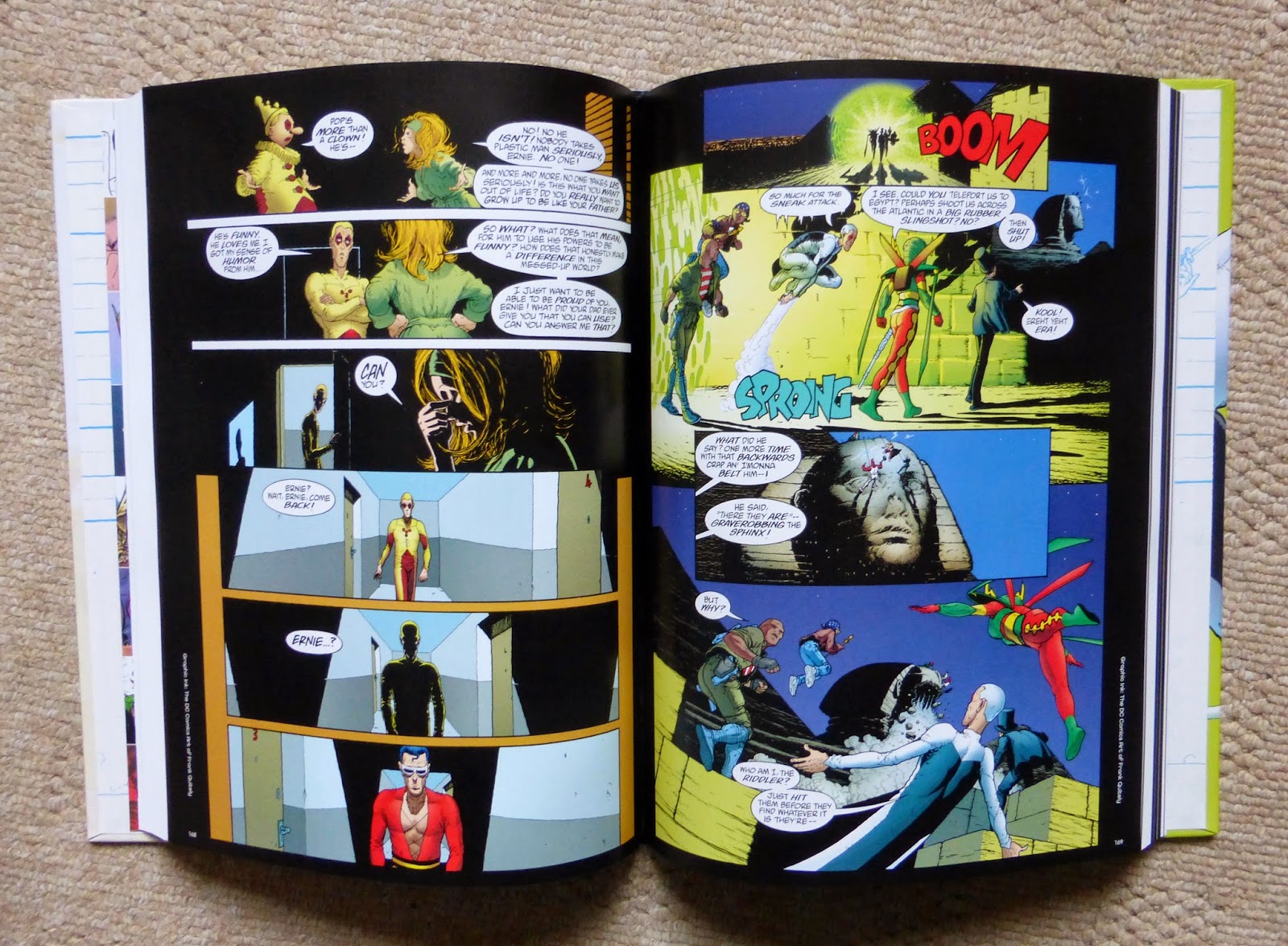 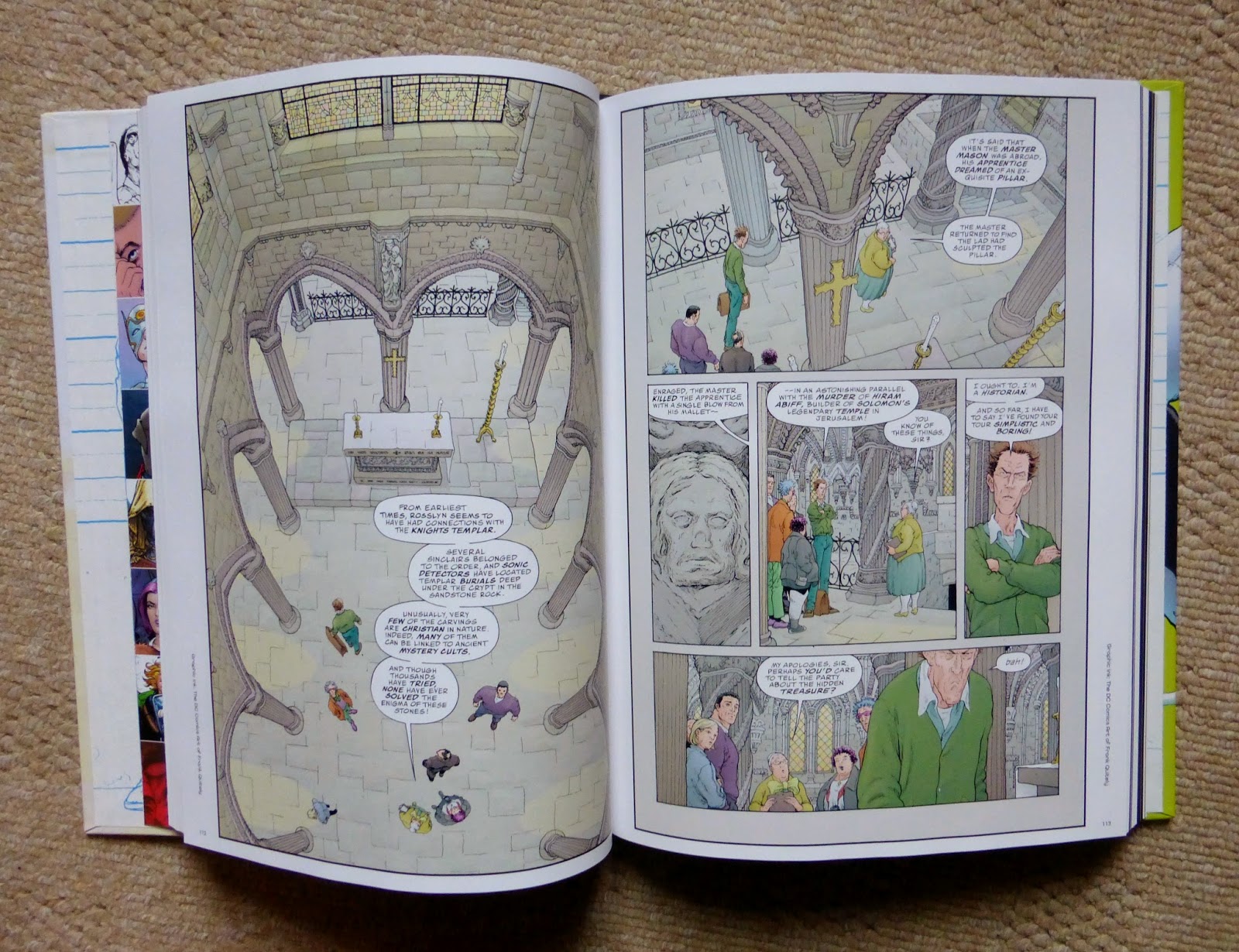 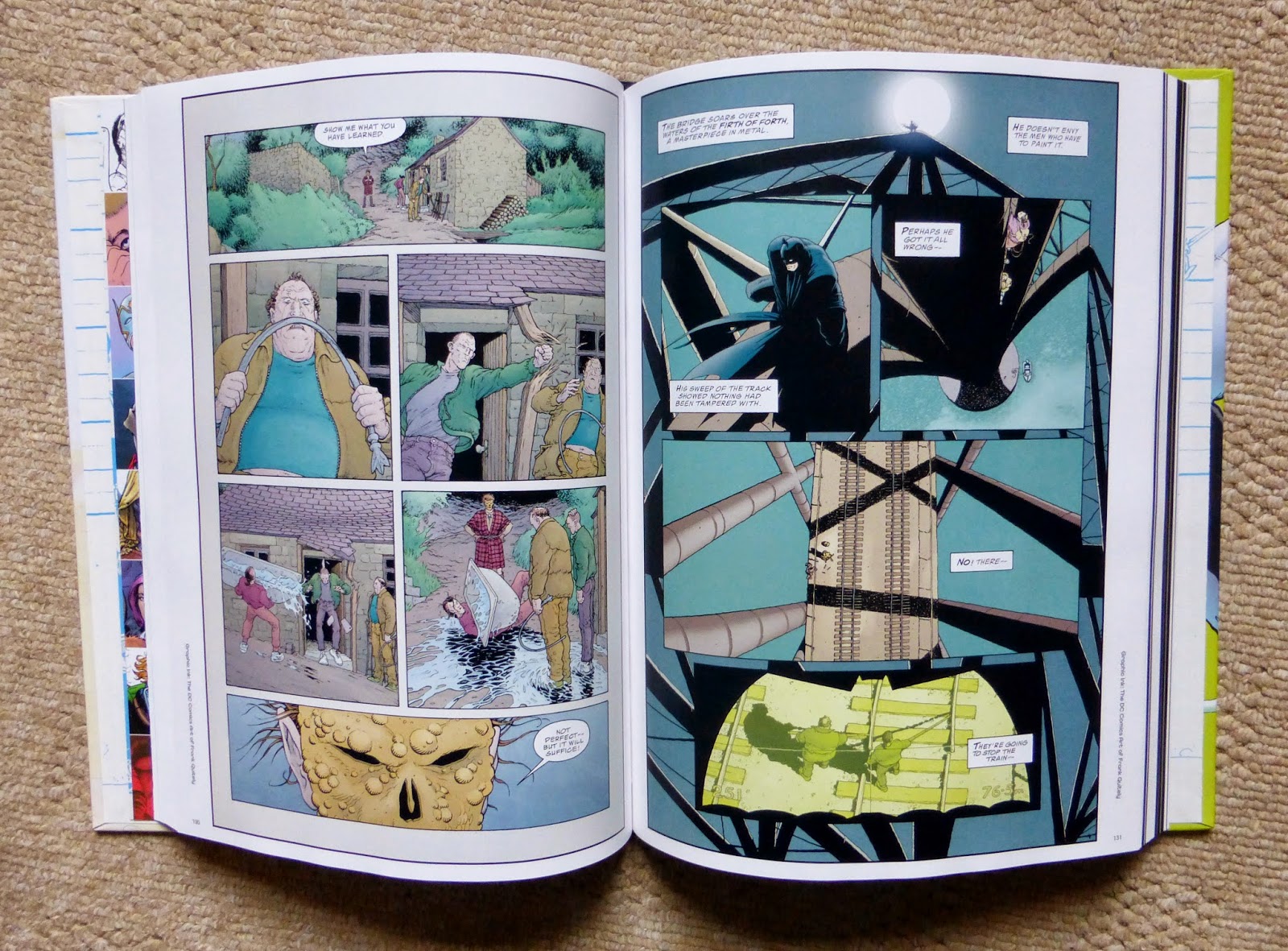