A quick post to bring two upcoming books to your attention. I know that's sort of one of the aims of this blog, and hopefully there's a wide enough range of material covered to suit different needs and tastes, but even I find the amount of good comics out there daunting- which to read, which to give time to?  As wonderful as it is being a comics fan in the midst of a variety of amazing work, it can also be overwhelming. However, these two books- the Rav collection by Mickey Z and Snackies by Nick Sumida are by two young, amazingly vibrant artists who have been self-publishing their work for a while, and I can guarantee that their work is fresher and more exciting than most of the things you will read. So if you're wondering where to lend your support, it would be here, with publishers Youth in Decline and the debut books of two excellent cartoonists. Here's a little more on each:

Mickey Z's (aka Michaela Zacchilli) Rav collection collates volumes 2 to 6 of her Ignatz-nominated, self-published series, following the wandering adventures of Juice, Sally, Edward the Snake Prince, Main Marian, and a sordid cast of dorks, punks, and domesticated animals. A mix of humor, fantasy, and romance, it's defined by Z's fast lines and dynamic visuals- she describes it thus:  'Right now RAV seems to be most about relationships and interactions between existing characters. It started out as a punching/adventure comic that sort of degenerated into an Alice in Wonderland-style conceptual wandering comic, and more recently it seems to also be an “underground romance comic” (which is my new favorite way to describe it).' The 276 page book will debut at SPX this year, with a second collection due soon afterwards.

If you want to know a bit more about Rav, Ryan Cecil-Smith write about it for the blog last year, in the best of year pieces. You can find Mickey Z's Tumblr here. Here's the cover and spine for the collection: 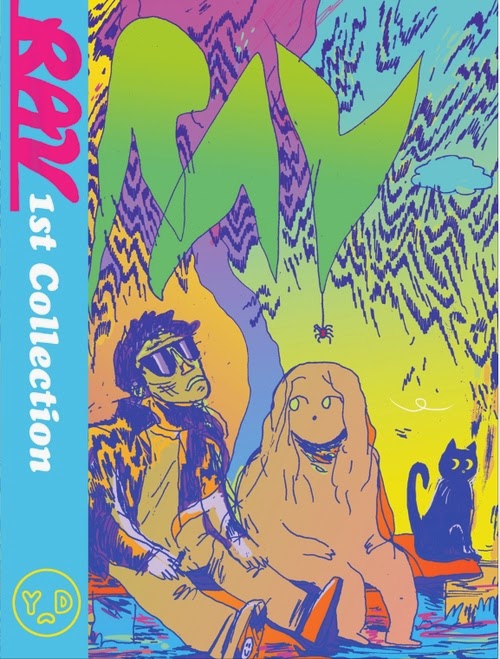 Nick Sumida's Snackies brings together Snackies #1 and ##2, Sumida's risographed mini-comics, as well as 24 pages of exclusive new strips to present an 88 page collection of 'gags and real talk... a hilarious and earnest look into the brain + heart + soul of Nick Sumida.' If you're a Tumblr user, chances are you've seen a Nick Sumida cartoon somewhere or the other, marked by his self-effacing humour and attendance to 'millenial' concerns, such as, um, Skittles. In seriousness, his work is fantastic- really relatable and all the more amusing and resonant because of it; if you've not come across his comics before, go have a gander at his Tumblr, in particular the gorgeous coloured and 2-coloured art pieces. If you need yet further convincing, here's the esteemed Rob Clough on Snackies #2: 'a killer collection of gags that manages to work loneliness, pathos and a sharp satirical eye into a single, attractive package. Sumida is a great writer who sloughs off the self-loathing one would expect from this kind of comic with a powerful wit that results in real laughs.'

Both books will be available to order from the Youth in Decline online store, shortly after making their debut at SPX, one would assume. 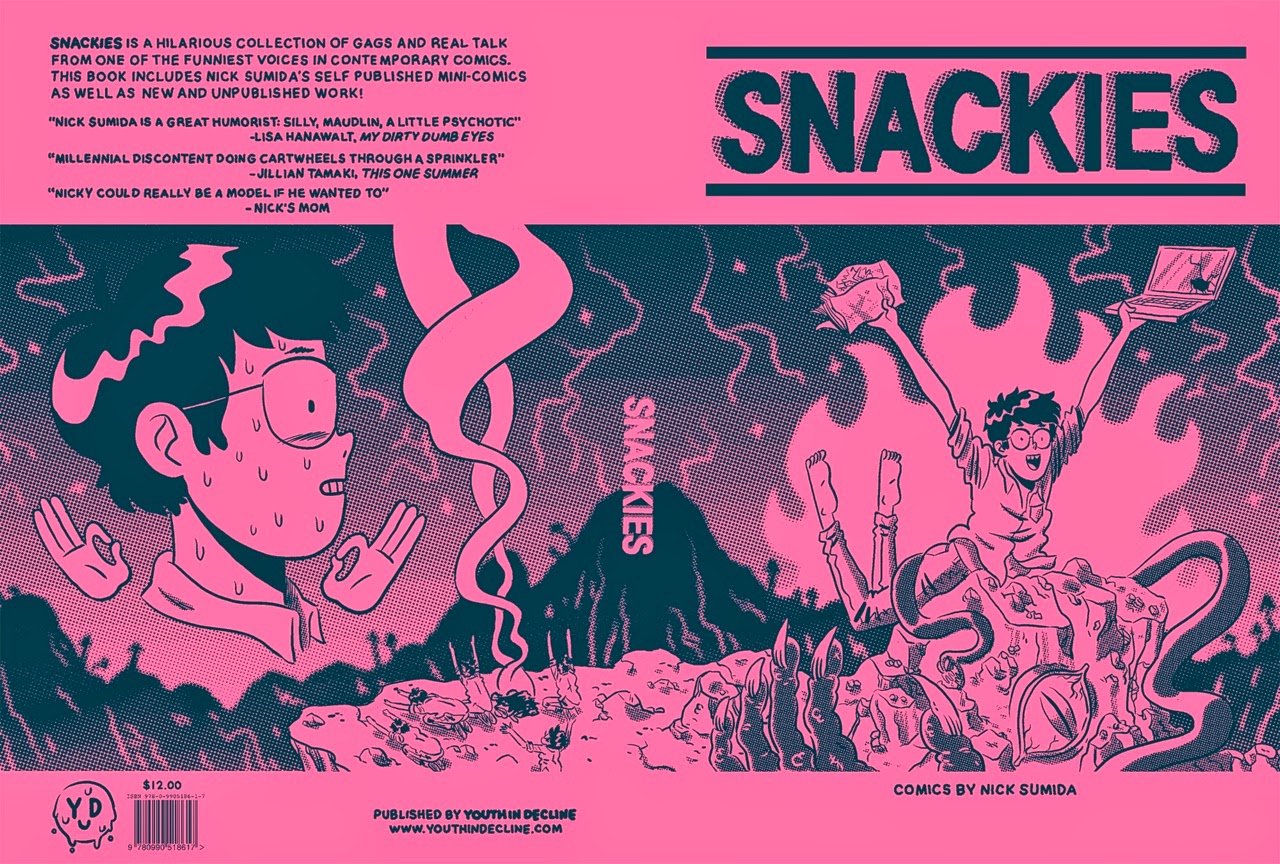 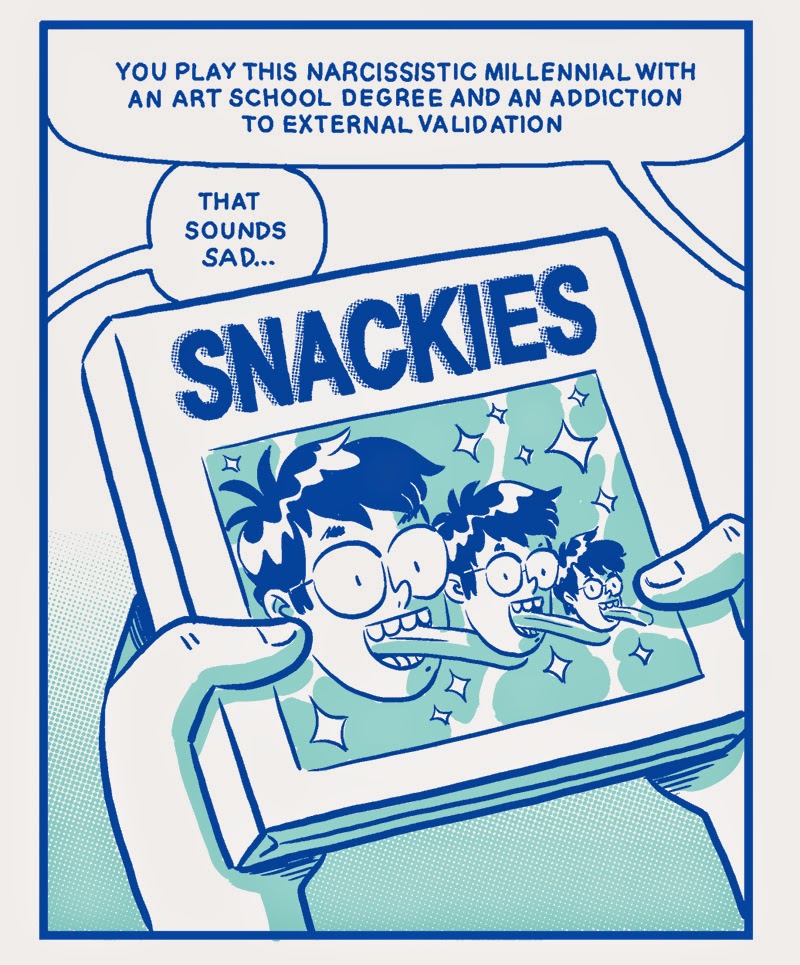