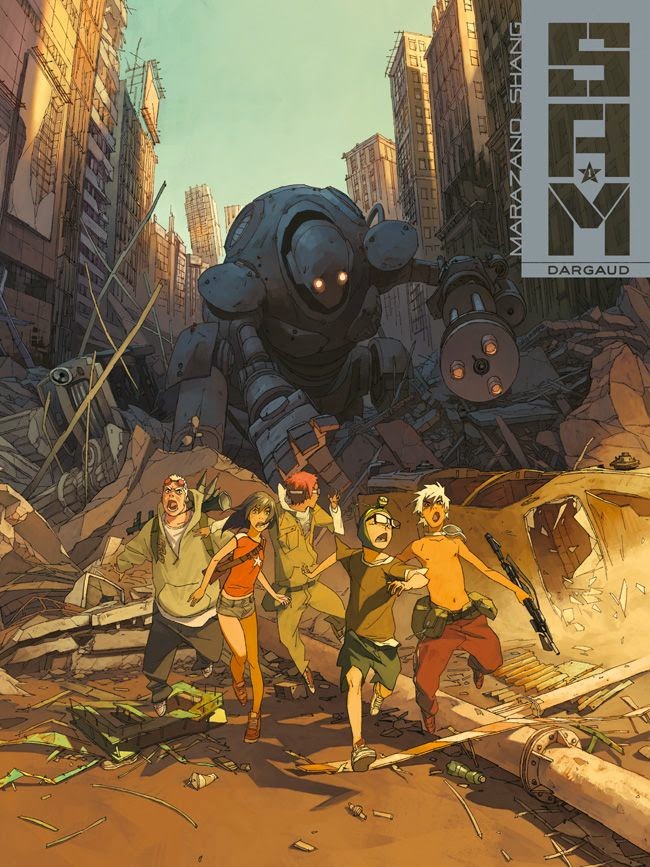 Here's another book I'm looking forward to later this year: S.A.M vol 1 After Man, an all ages BD translation from Cinebook in that nice large album format. I was drawn to this because, um, robots, and the superficial Iron Giant/kindly robot with a soul leanings, but upon further investigation, discovered it's been written by Richard Marazano, the author of the superb Chimpanzee Complex trilogy- those books are an absolute must-read if you haven't gotten around to them yet. I seem to remember reading that Marazono was encouraged into the medium by Moebius himself, who introduced him to several publishers- initially as an artists, but he's made his name as a writer. S.A.M is illustrated by Shang Xiao, a Chinese illustrator and film maker, and comic-book artist for the French market.

S.A.M is set to be a four volume series- the books are being published in their original French by Darguad, where the series is at it's mid-point with 2 volumes released so far. The story is set around a group of kids and teens who live underground in the sewers, after the majority of the human race has been exterminated by huge, sentient killer robots that still scour the surface looking to eliminate any sign of life. The kids venture to the surface now and gain to make scavenger runs for food and supplies, and it's on one such trip that they come face-to-face with one of the massive humanoid robots. However, the encounter doesn't quite go the way they imagined, as this machine -emblazoned with words S.A.M across its front- is unlike the others.

Pooled together a few pages from the French edition to show off (how good, right?), as there's nothing up on the Cinebook website yet, but the book is due for release in October, so if you do want it, remember to order it at your local comic book store- Cinebook are in Previews, which means their books are orderable. As I've mentioned before, I like to support them, simply because they do such a fantastic job bringing great French comics to a wider audience, i.e. me and in their original, album-sized format, too.

N.B. I feel I should clarify what I mean by support, after something Sarah Horrocks said resonated with me about supporting work and not allegiance to particular companies, to rephrase it shoddily. What I mean here is a) buy the book because it looks like it's going to be bloody good, and b) secondary purpose is also to make people more aware of Cinebook who consistently put out really solid and great books and yet seem to be flying under a lot of people's radars. 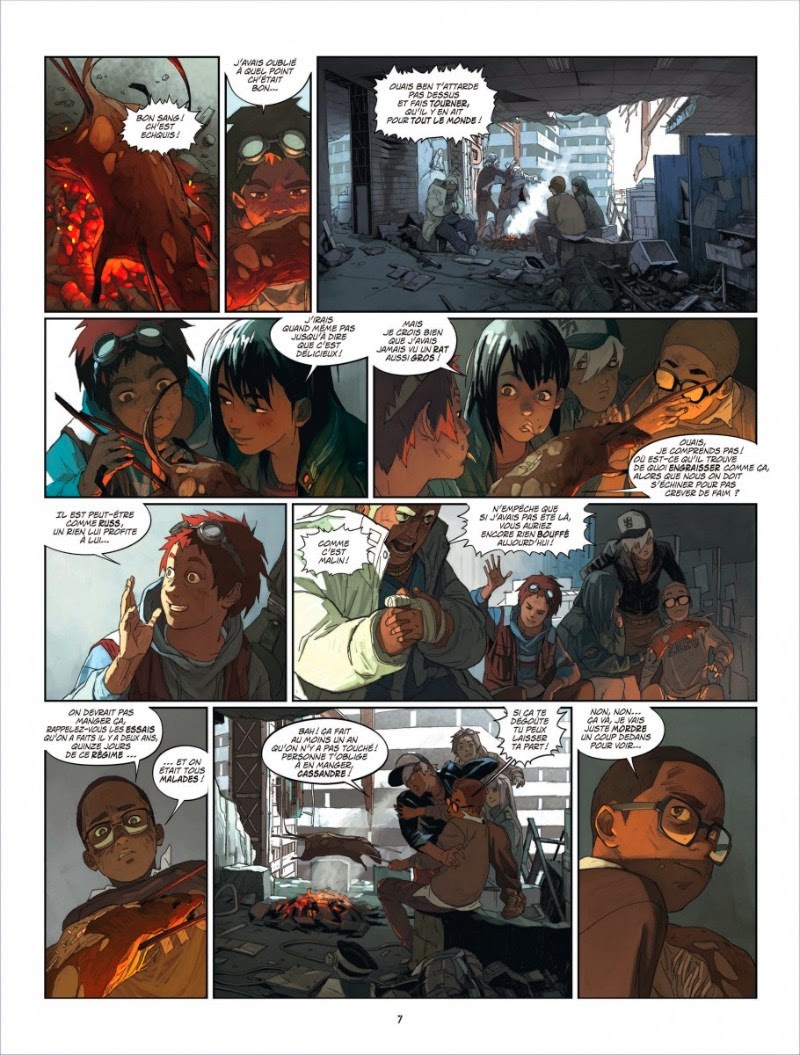 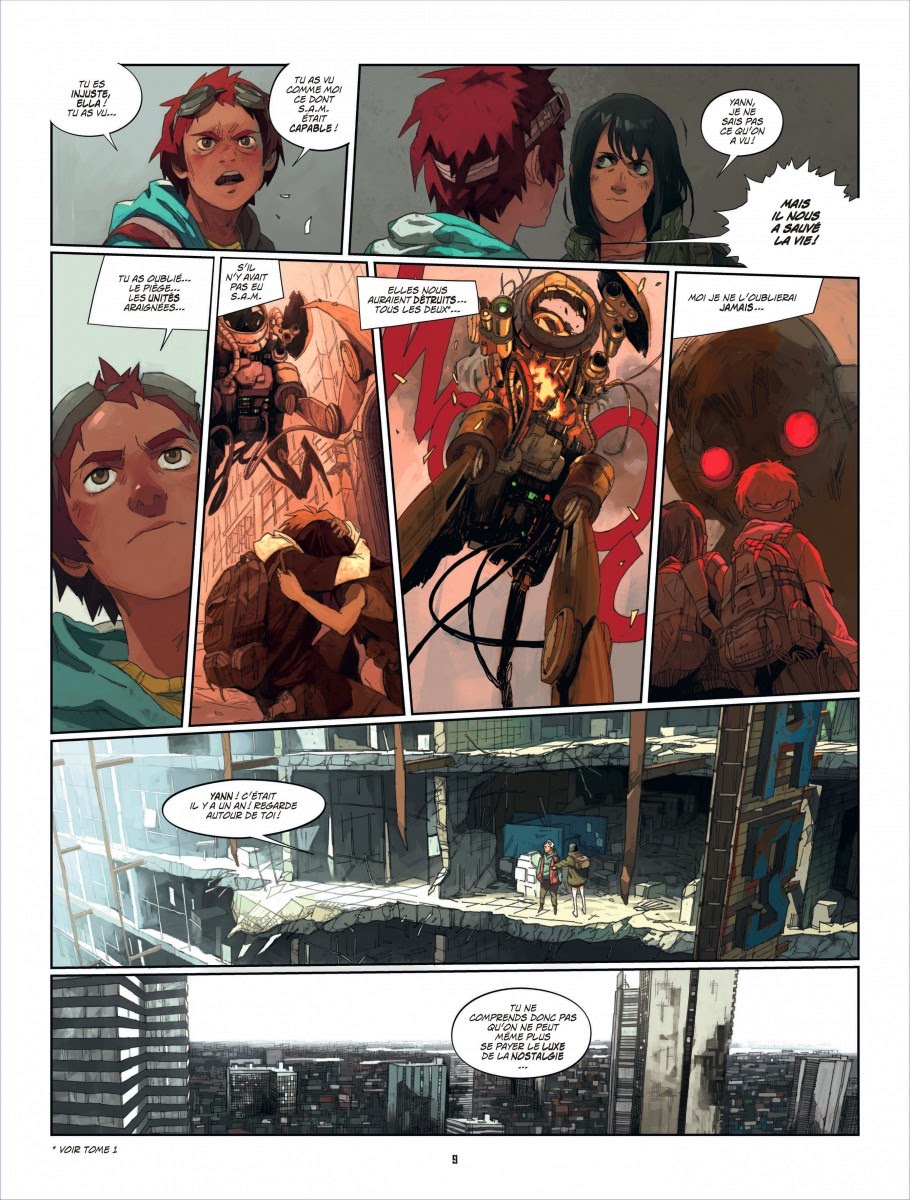 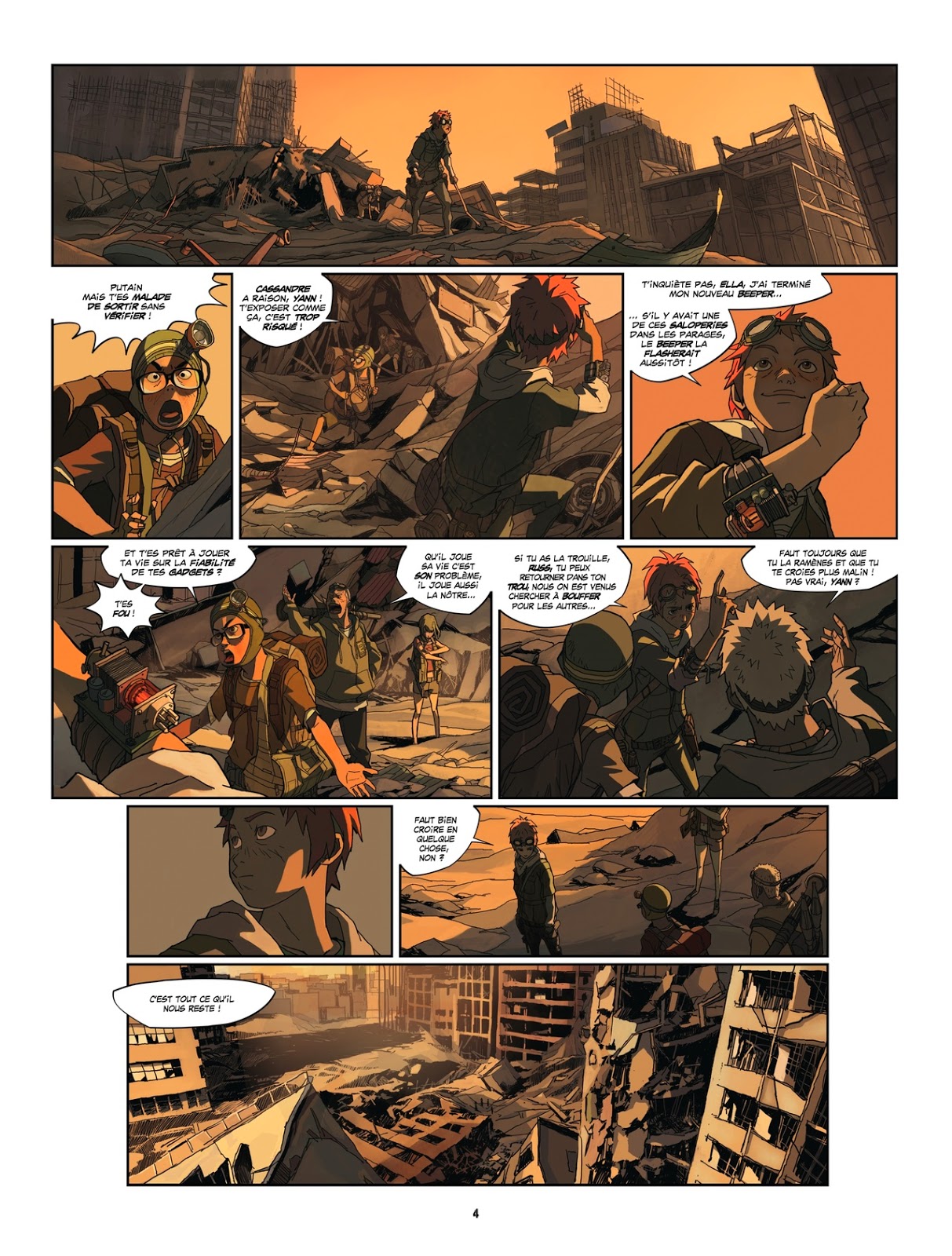