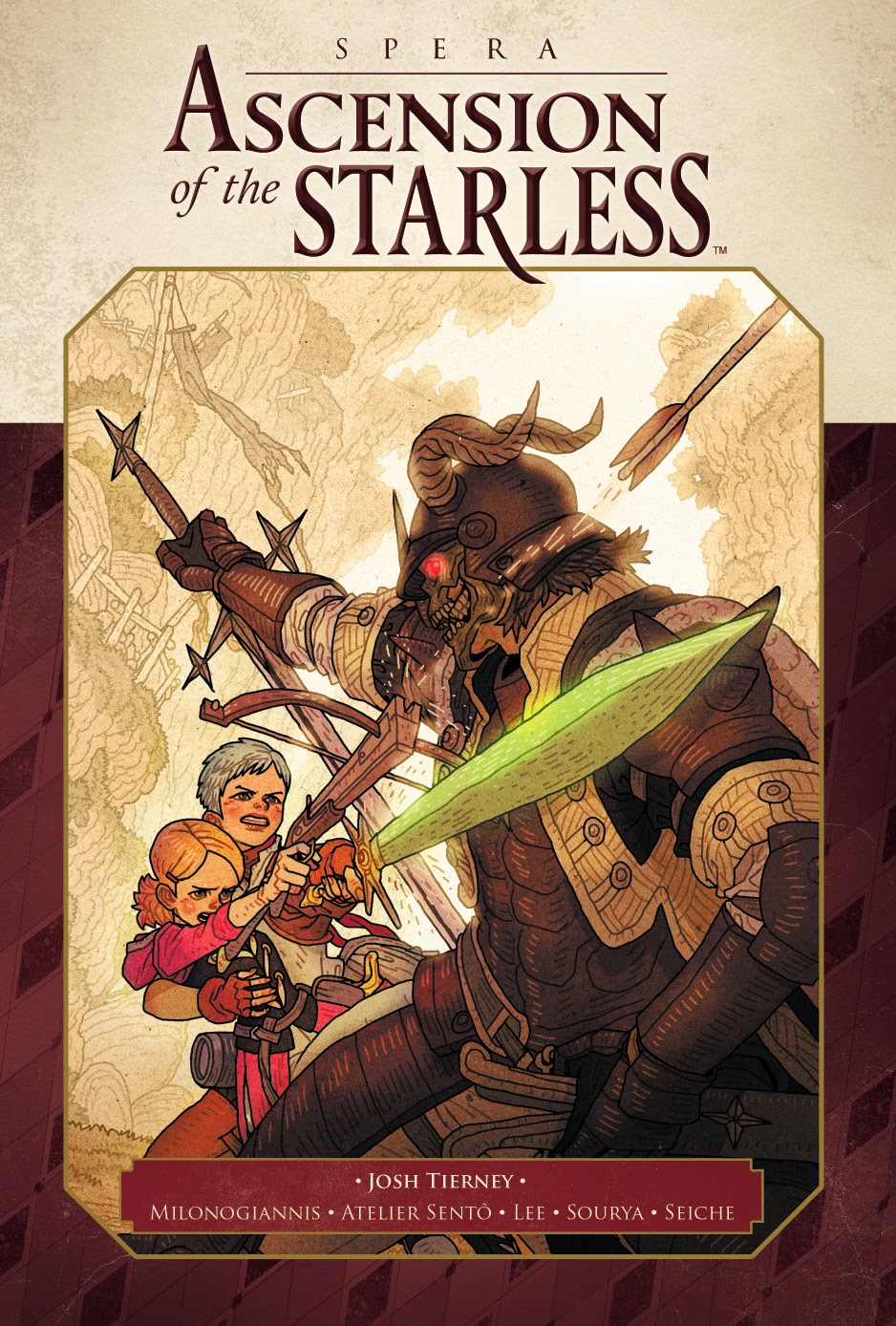 More Spera in print is always note-worthy, and as part of their San Diego Comic Con announcements, publishers Archaia have revealed that  writer Josh Tierney's fantasy adventure will be launching a new, multi-volume series titled, Spera: Ascension of the Starless. Tierney began Spera as a web-comic in 2009, with Afu Chan creating the now-familiar character designs and also much of the art, and Archaia published the first print volume in 2012, followed by 2 further hardback volumes to date. Tierney was one of the first people to significantly draw upon and organise international artists from around the world, solely based upon work they'd presented on the web, in a way that is only now starting to become more pronounced. Kyla Vanderklugt, Hwei, Emily Carroll, Luke Pearson, Timothy Weaver, Zac Gorman, and others are some of the artists who have worked on the series.

This new line again draws on a host of talent: including Giannis Milonogiannis,  Atelier Sentô (the duo of Cécile Brun and Olivier Pichard), Mindy Lee, Sourya Sihachakr, and Valentin Seiche- who's been profiled on the site here before. The events here follow on from what has occurred so far: in which princesses Pira and Lono have had to flee their families and kingdoms after they comes under threat from something dark and mysterious, and are on a quest to find the fabled realm of Spera, accompanied only by the fire-spirit, Yonder. Here's a bit more on what the new book will be about:

'In Ascension of the Starless the Starless Queen is plotting an invasion of Spera, and has sent the merciless General Zeal to secure its capital. Unfortunately for the Queen, exiled adventurer Princess Pira -the Queen’s own daughter- and Pira’s best friend Princess Lono have discovered her plot…and will go to any lengths to stop her. Along with their friends -the fire spirit, Yonder, and the ruthless cat, Chobo- Pira and Lono set off on a perilous journey to warn the Speran King, up monster-infested mountains, through a village full of crazed warriors, and down dark tunnels walled with madness itself.'

Releasing as a full-colour hardback this October, I'm really glad Spera is continuing in print and doing well- the range of art is peerless. The meandering tone of the books has grown on me, too, where things happen now and again, but mostly it's just Pira and Lono and Yonder wandering over hills and chatting, although this new line sounds a bit more action-focused and dynamic, which I'm equally happy with. Here's another cover and some panels from the great Atelier Sentô (Cécile Brun and Olivier Pichard). 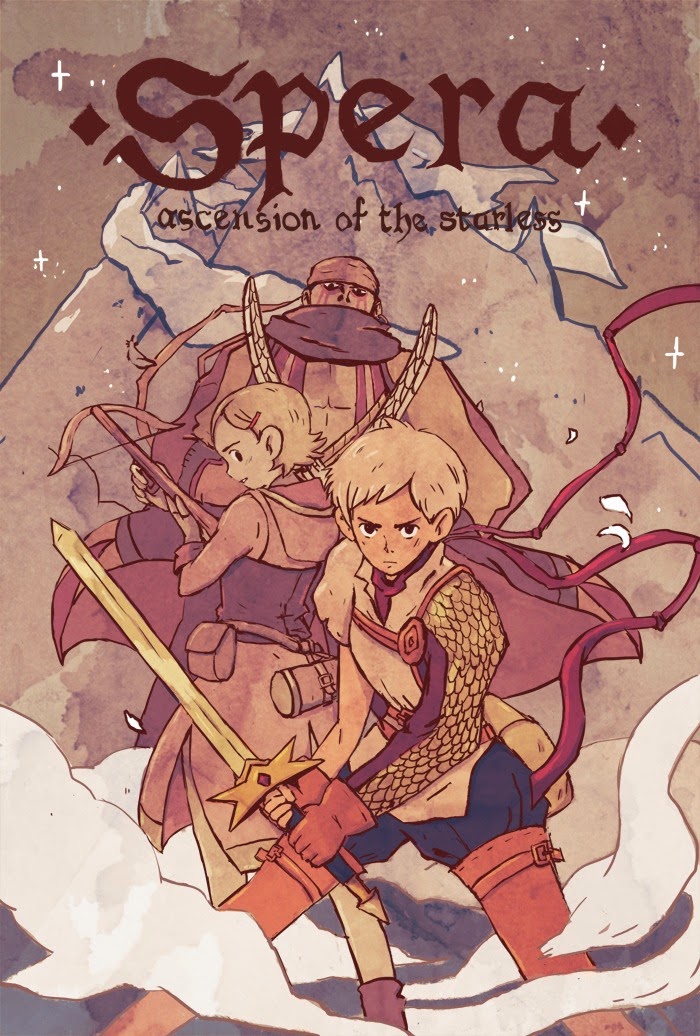 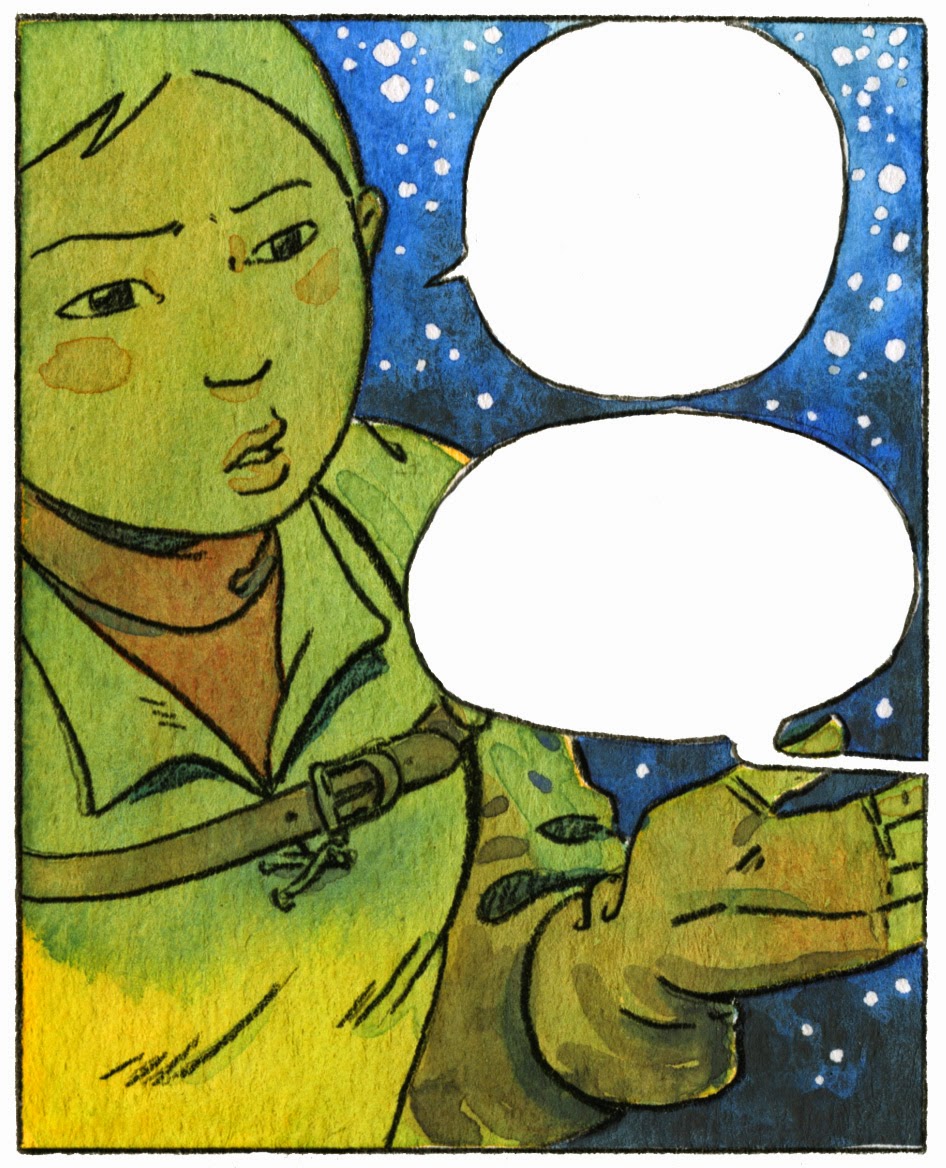 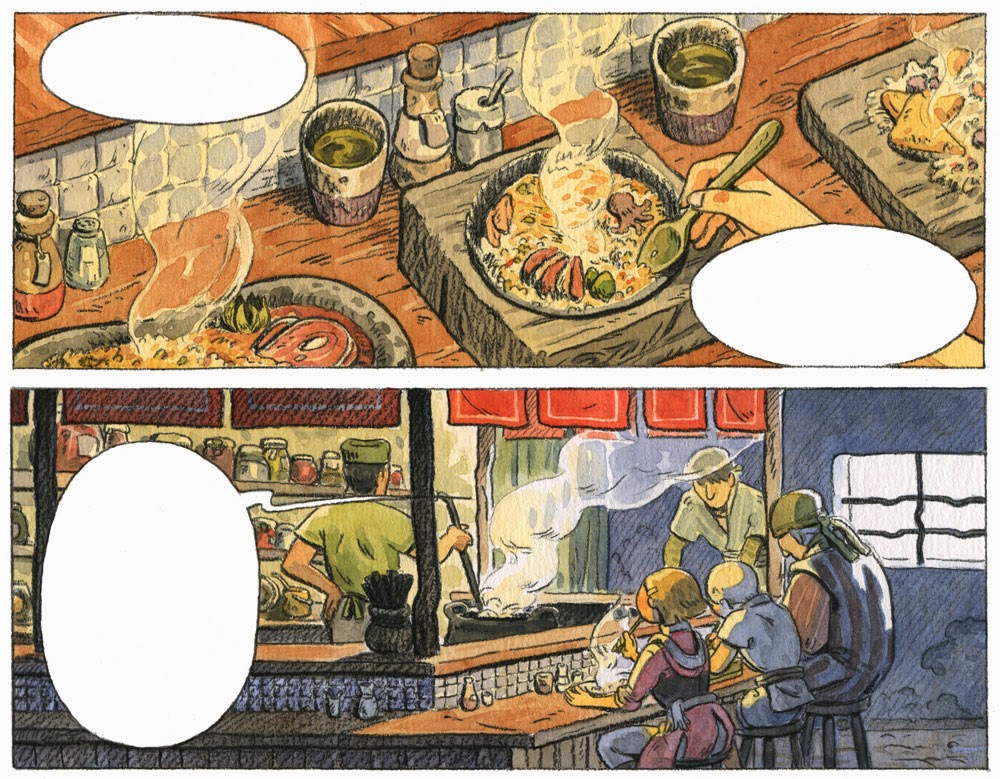