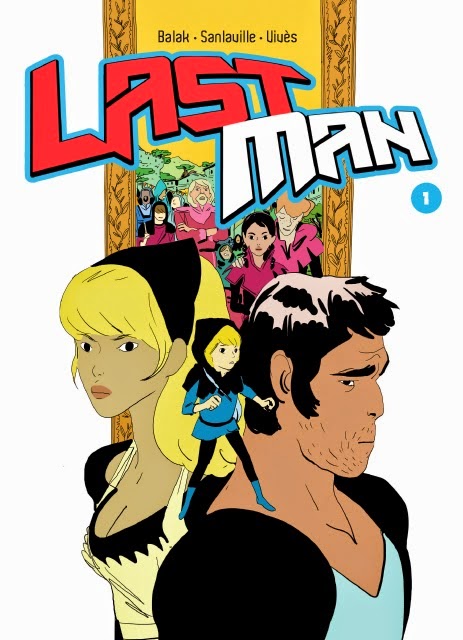 There were rumours earlier this March that publishers First Second were in negotiations with French comics star Bastien Vivès, with an eye to acquiring rights to one of his book series. At the time I speculated the series in question was Vivès' line of semi auto-biographical vignettes originally published under Delacourt's Shampooing line, but Rich Johnston was last night reporting that the series in question is in fact Lastman- a multi-authored set of books currently on it's fourth volume, and created by Vivès, Mickaël Sanlaville, and Michael Balak. It looks like First Second will be putting out the first volume, The Stranger, in March next year. Here's what I wrote about Lastman:
'This is probably the series that will interest a large audience: with 3 volumes published so far, Vivès, Sanlaville and Balak aim for the Lastman series to be 12 volumes long and to release it as both an animation and video game- or for the story to extend into these mediums. Inspired by gaming and Japanese comics, specifically shounen manga, Lastman follows Adrian Velba, a happy 12-year old enrolled in Battle School under Master Jansen, and looking forward to participating in the annual largest martial arts tournament sponsored by the king and queen. However, disaster strikes as a few hours to the close of nominations, his partner pulls out, sick, and Adrian, requiring a partner in order to register finds help offered from an unlikely source. '
Vivès currently has two books available in English: A Taste of Chlorine, and Polina, both of which I'd very highly recommend, and the latter of which is holding position as my book of the year, after being released this January. You can read more about why Vivès is considered such a special talent here, where I've done a brief run-down of his work so far. Truly superb and exciting news from First Second, and I believe Lastman is more all-ages orientated fare, and perhaps more accessible than Chlorine and Polina to wider audiences, so here's hoping it does well. Below are a selection of pages from the series to give you an idea of what we'll be getting- the bulk of the book is black and white (or two-coloured)- the volumes mimic the manga tradition of opening the book with a few colour pages. Gorgeous. 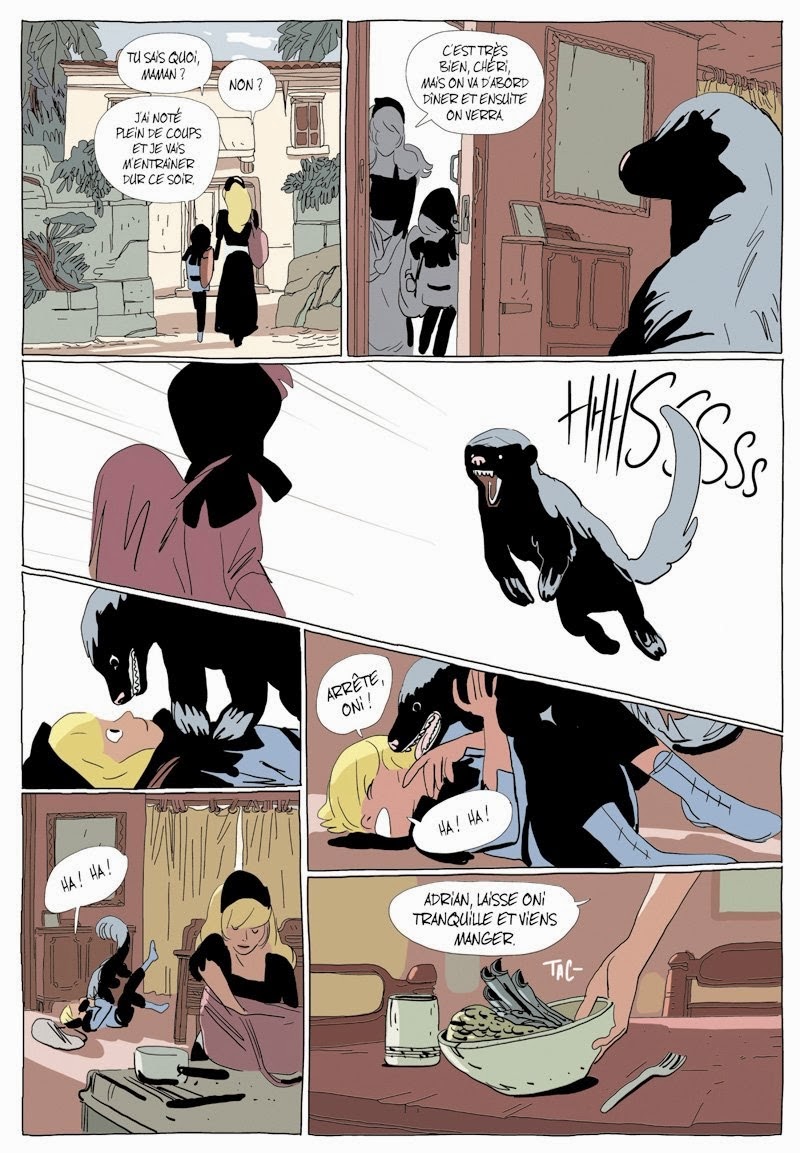 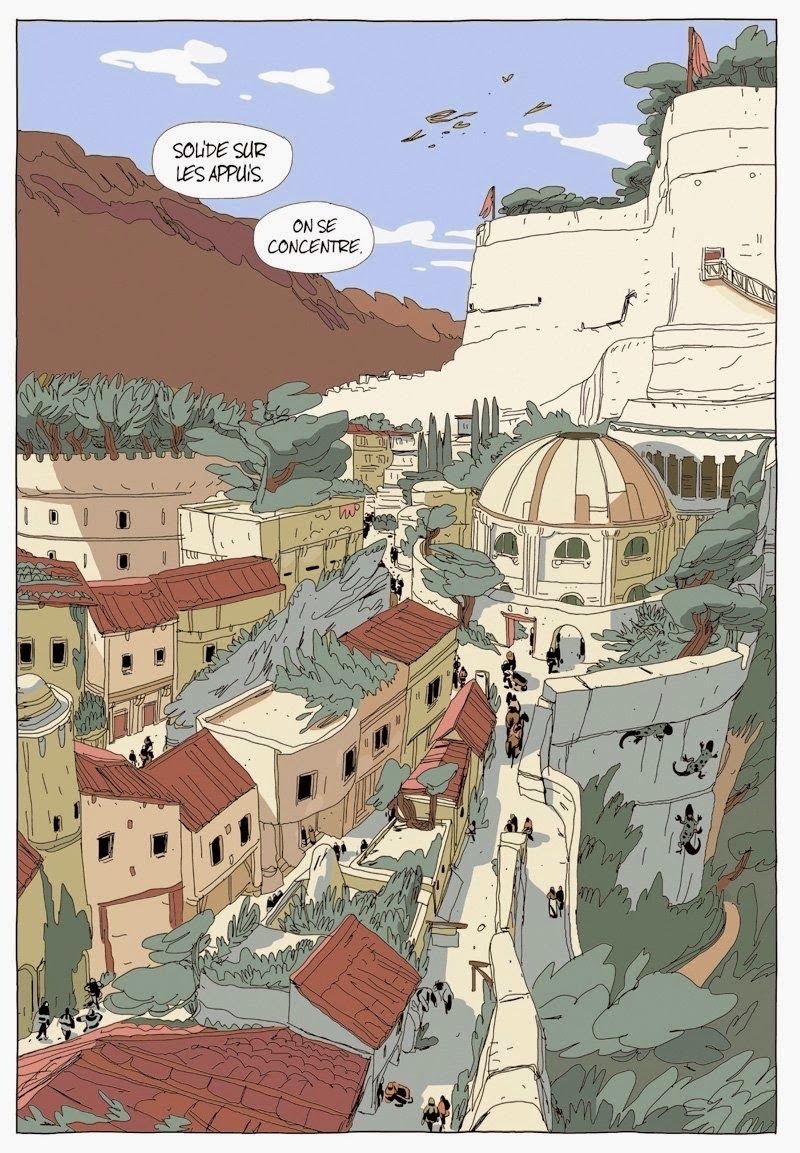 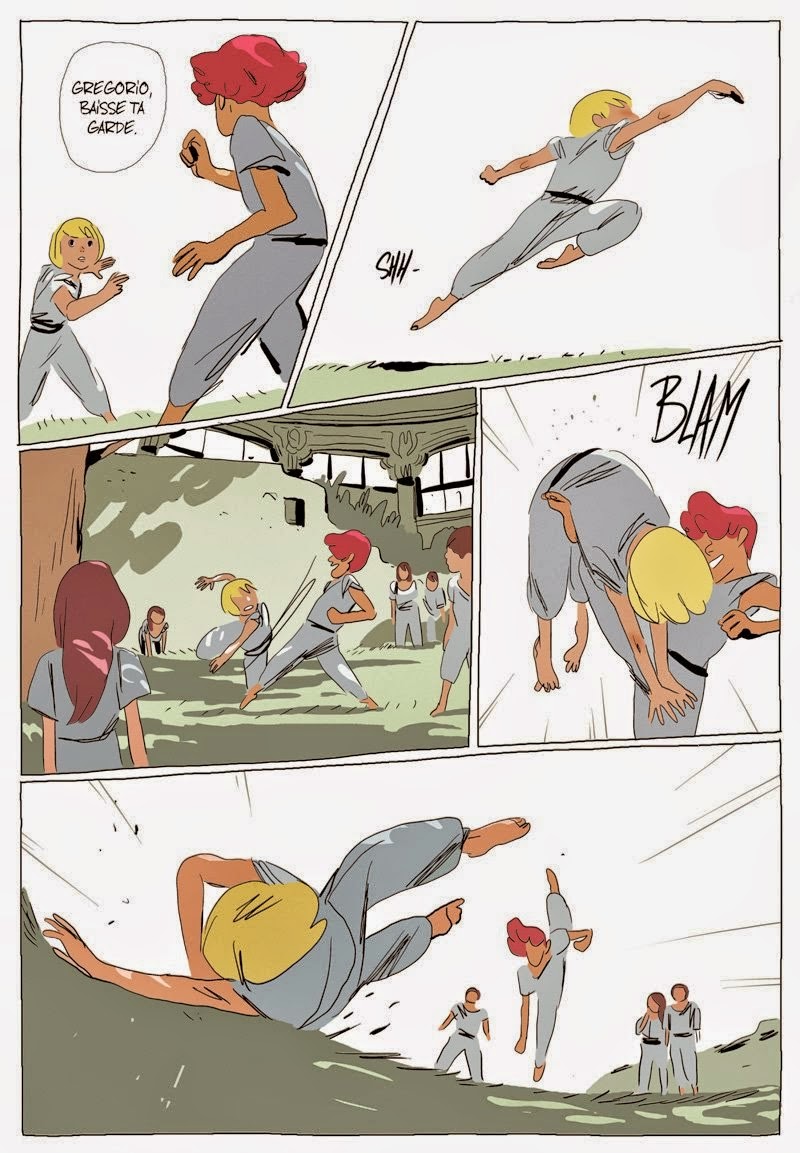 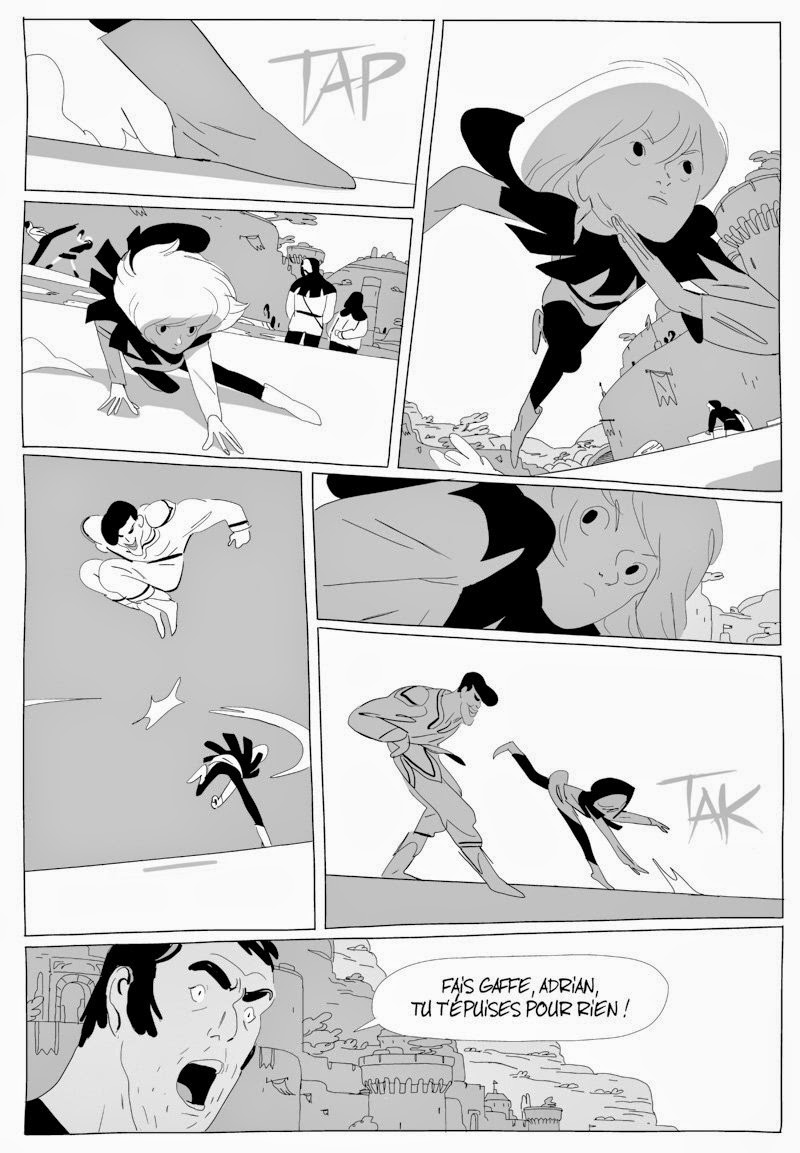 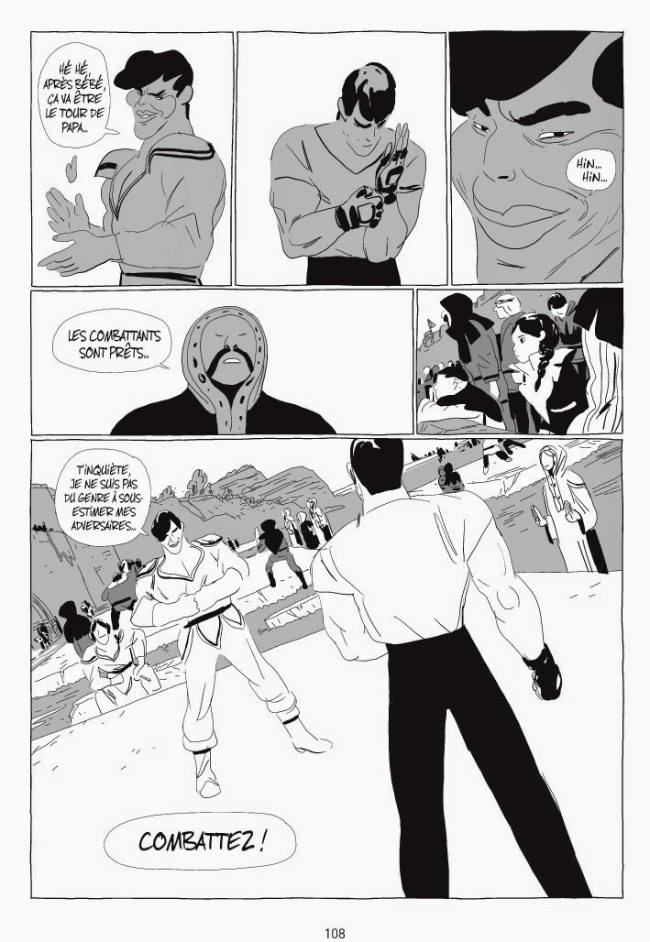