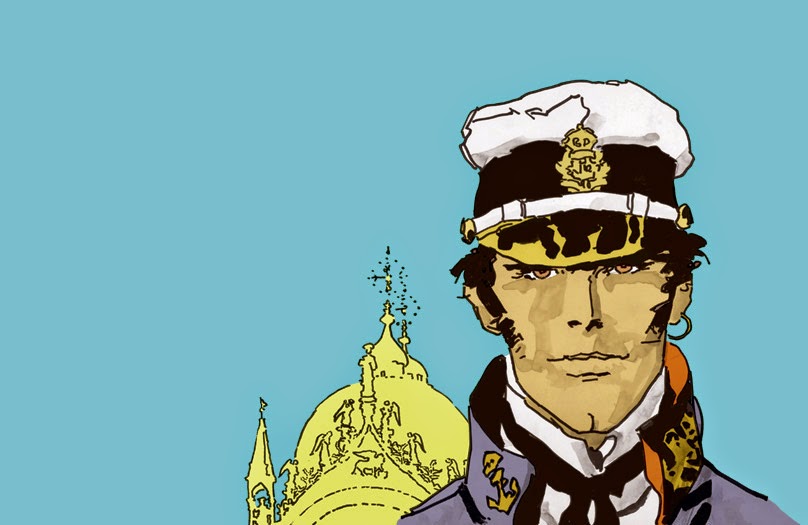 While I was away perusing the glamorous aisles of Lidl and Morrisons yesterday evening, my Twitter feed lit up with the news of IDW's announcement on the publication of Hugo Pratt's Corto Maltese. I've heard of famed Italian author Hugo Pratt (who's regarded alongside Moebius in terms of stature), and Corto Maltese, his most famous creation, but am aware of them in a peripheral manner, as part of comics culture and history, having never read any of Pratt's work, so I'm coming into this at entry level. Part of this may be due to the fact that despite being one of Europe's most celebrated comics figures, with work translated in over 15 languages, Pratt remains poorly represented when it comes to English-language editions of his work- although there have been various attempts- by NBM, a series of translations in the 1990's, and most recently what was by all accounts a disaster of a coloured edition by Universe in 2012: poorly translated, shoddily scanned artwork hopped up to fit onto the smaller format pages.

Which is where IDW now come in: beginning with the release of the first volume, Under the Sign of the Capricorn, this December, they will publish the whole of the Corto Maltese series in twelve newly translated, over-sized,  black and white trade paperbacks. The books will also be released in a matched set of six original art-sized limited edition hardcovers, each containing the equivalent of two of the trade paperbacks. Of further interest and noteworthiness is the fact that IDW are publishing this under their Eurocomics line, which may be a sign of future intent.

Corto Maltese follows the adventures of its eponymous, complex sailor anti-hero, a son of a British sailor from Cornwall and a gypsy Andalusian witch and prostitute, who 'combines Mediterranean looks with Anglo-Saxon culture,' is sympathetic to the underdog, and prefers freedom and imagination to wealth. I don't see how that description, along with a glance at the art, which has this lovely stylish lilt to it, could fail to entice your interest, really. Pratt's enduring character set the standard for adult adventure comics in Europe, making him the world’s leading graphic novelist in the 70's, and  Corto was the continent’s most popular series. IDW included a great summation of the books from the late Kim Thompson in their press release, which describes Pratt's and Corto's significance better than probably anyone else:

“Corto Maltese was the first European strip to advance a mature, artistically serious sensibility within the traditional adventure format. The elliptical narrative of the stories, the pervasive sense of destiny and tragedy, the side trips into the worlds of dreams and magic—all capped off with the exotic, guarded nature of the hero—combined with Pratt’s hard-won craft, worldly experience, and scrupulous research to form a work of breathtaking scope and power.”

Very much looking forward to being introduced to this- and my God, what a year of comics we're having. 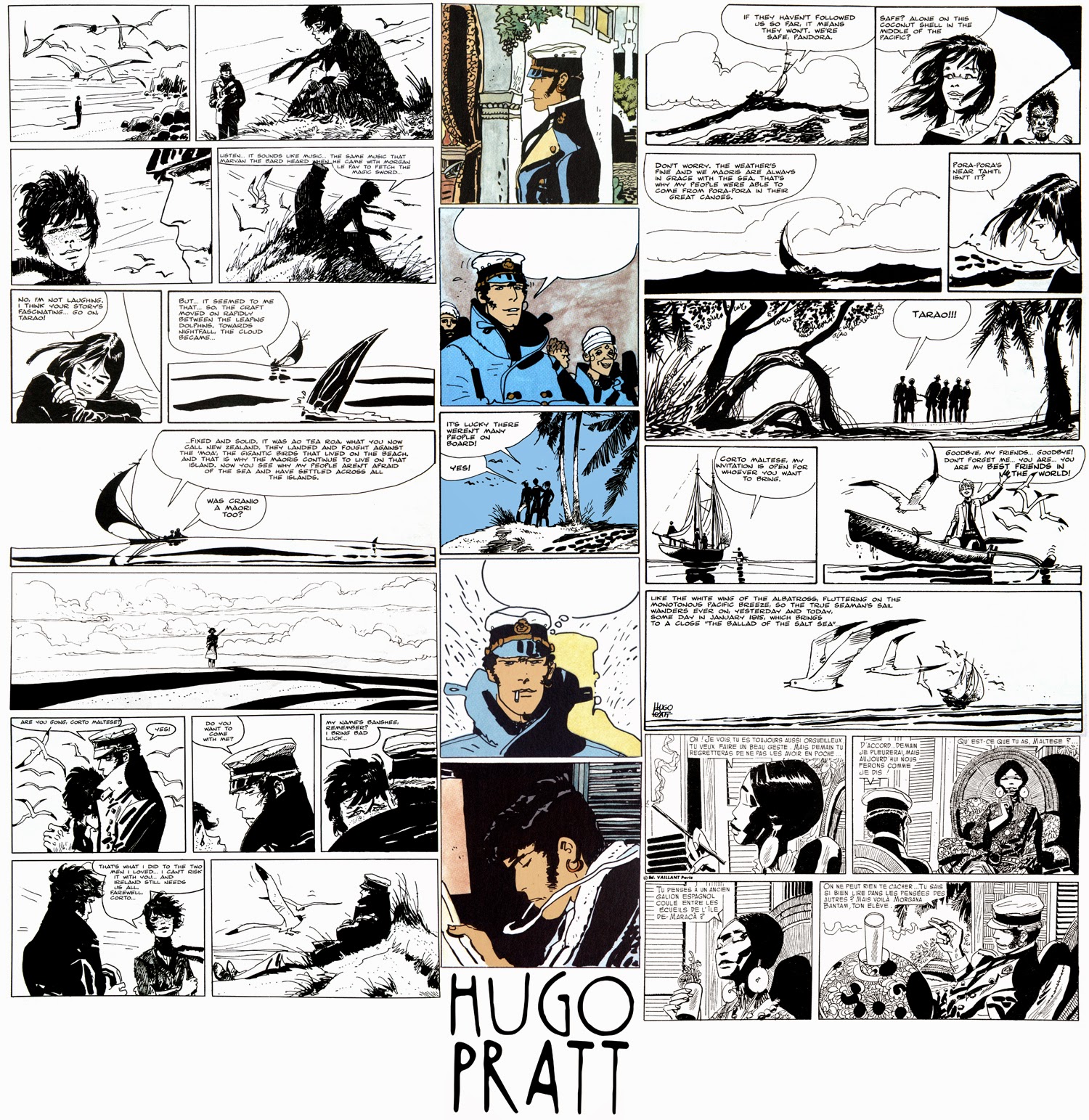