Fulfilling two needs with one stone here : nice art for you to get your eyeballs on, and a timely reminder that this slice of awesome comes out this Wednesday and you're going to want one. It's come around quickly; I remember writing about James Stokoe writing and drawing an Avengers 100th Anniversary special as if it were last week (it was April). Marvel have increasingly been looking to more 'indie' creators to tap up for work, including Michel Fiffe, Giannis Milonogiannis and more, and while my interest in the subject matter is nil, it's comics sacrilege not to pick up a Stokoe illustrated comic- and when you take into account he's coloured and written it- well, it's not really a question of choice. If it makes more people look at this comic and buy everything he's done- even better. I mean- look at that title credits page: the font, the colours, the little mini bug-wrapped Avengers...?

The '100' is a futurespective of the Marvel universe, looking at how things may be for Marvel heroes in the year 2061 (100 years on from the 1961 debut of the Fantastic Four): 'Following the failed Badoon invasion of Earth and America’s disappearance into the Negative Zone, how will the Avengers of 2061 cope?!' 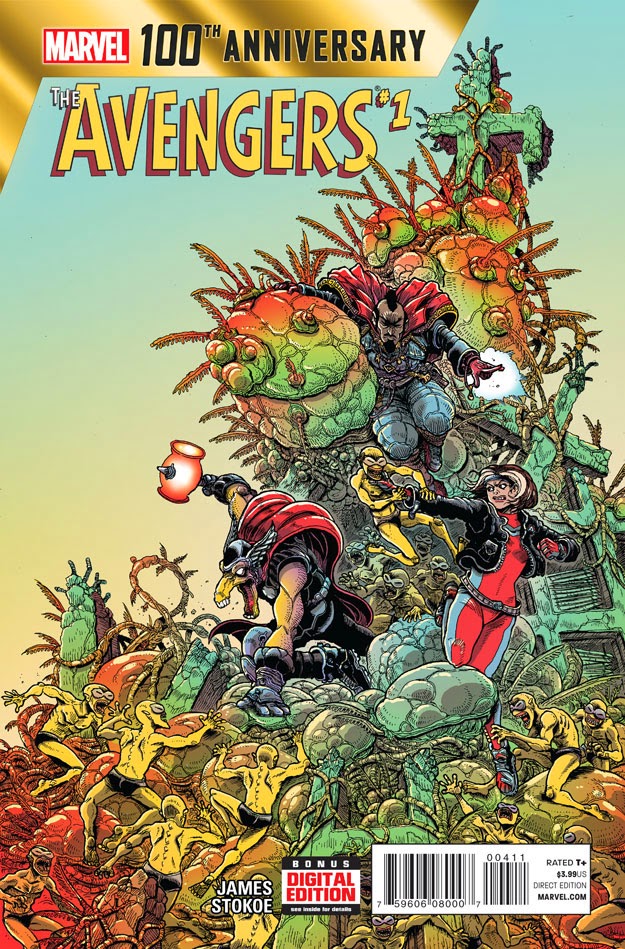 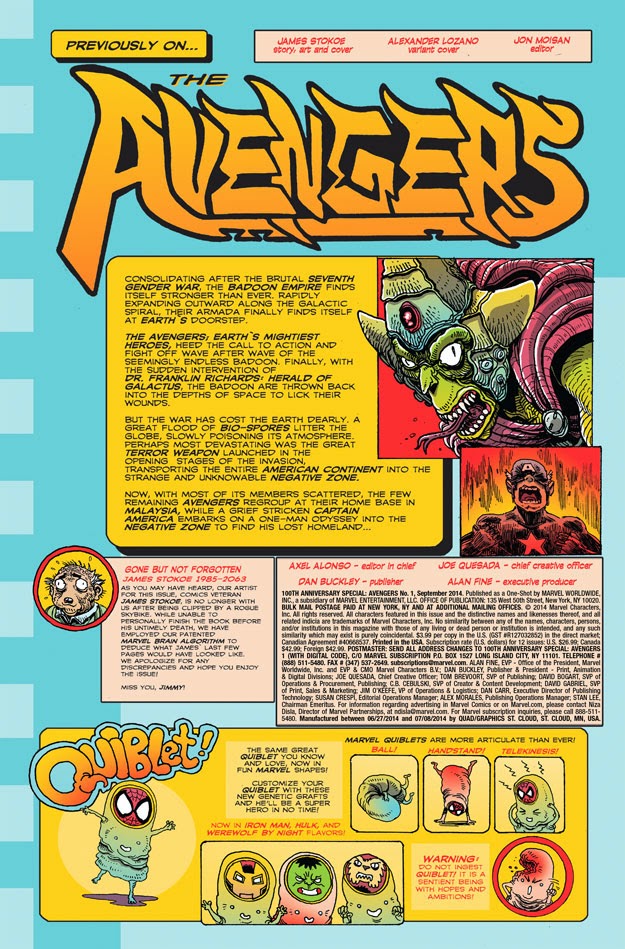 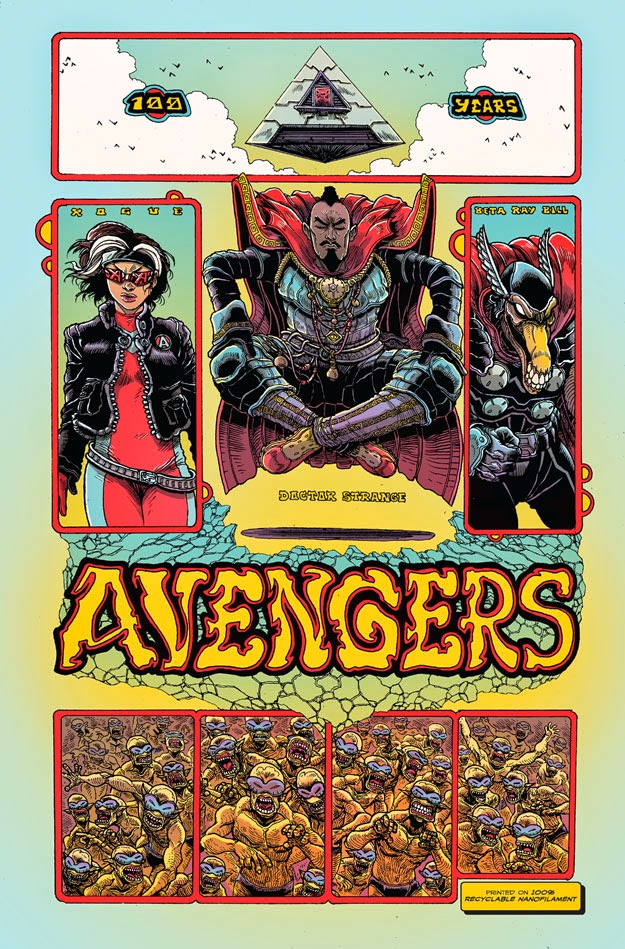 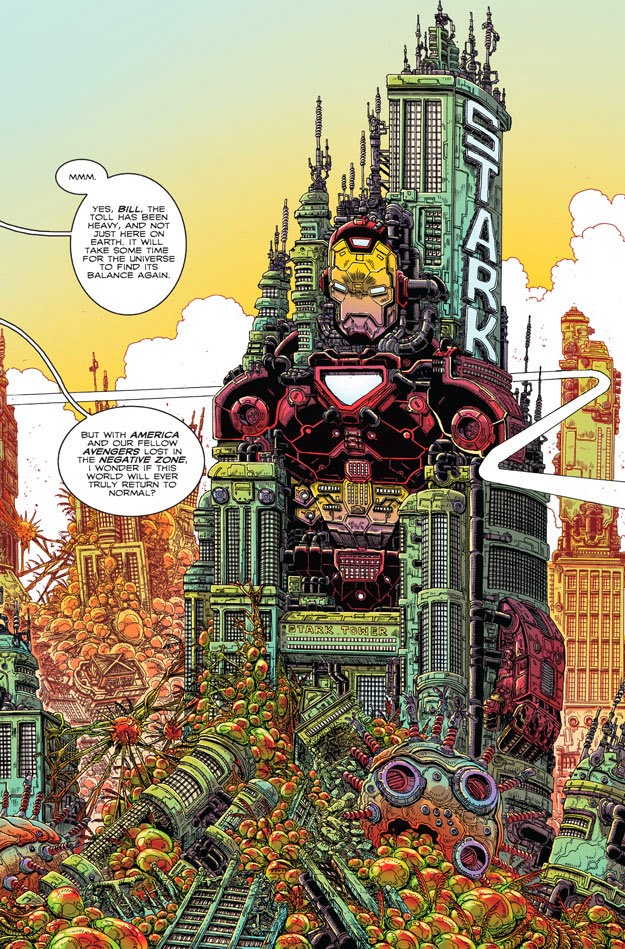 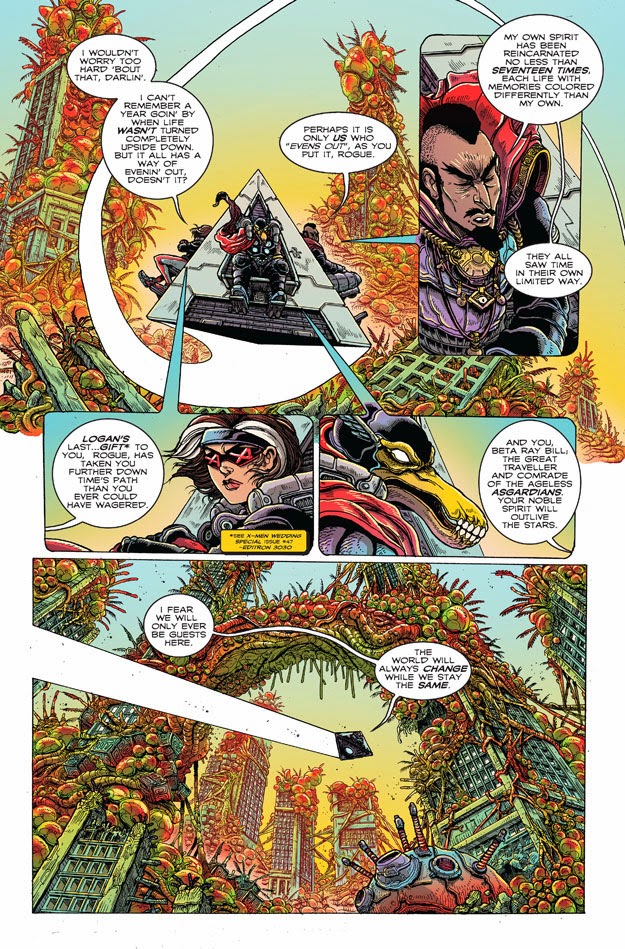