Titan to publish Druillet's 6 Journeys of Lone Sloane in 2015 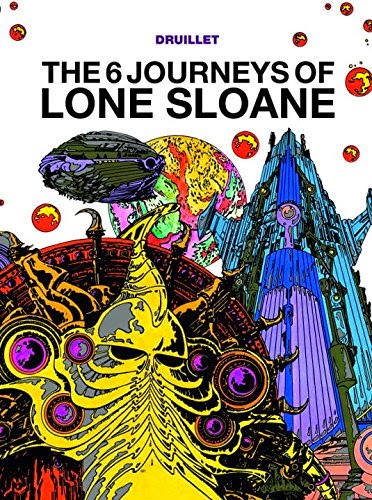 A while back, I asked Oliver if he owned anything by Philippe Druillet, after seeing some mind-blowing pages of his on Tumblr (where else?). Being of impeccable taste, and unimpeachable integrity, Oliver informed me he did indeed, possess several works by Druillet and was happy (sort of) to let me borrow them. I'm yet to get around to doing much more than flicking through them and gawping slack-jawed- but even a cursory glance at these pages establishes Druillet as somewhat of a forgotten master of the medium. One of the founding figures of Humanoids along with Jean-Pierre Dionnet, Bernard Farkas and Moebius, Druillet's more recently been involved in film and opera than anything else, but at the very least, you should know his name- I find it inconceivable that he's not talked about more, or am I simply not reading the right sort of things?

Anyway, the books Oliver lent me (pictured below) are Lone Sloane Delirius, Lone Sloane Chaos, and Yragael Urm. Yragael Urm especially: mind-blowingly wow. There's some traditional comics in there (in terms of text-boxes, layout), but the majority of it is huge, stonking painted double page spreads- horizontal and vertical- iconic, alien, and primitive- gods and monsters, the architecture vast and visionary- astounding, astounding work. Pages that make you feel small via the sheer scale, imagination, and energy coursing on them- his colours and composition are mesmerisingly exquisite . The Lone Sloane books incorporate more linear comics, but with a dizzying range of innovative panelling and layouts, and the spreads are still there. 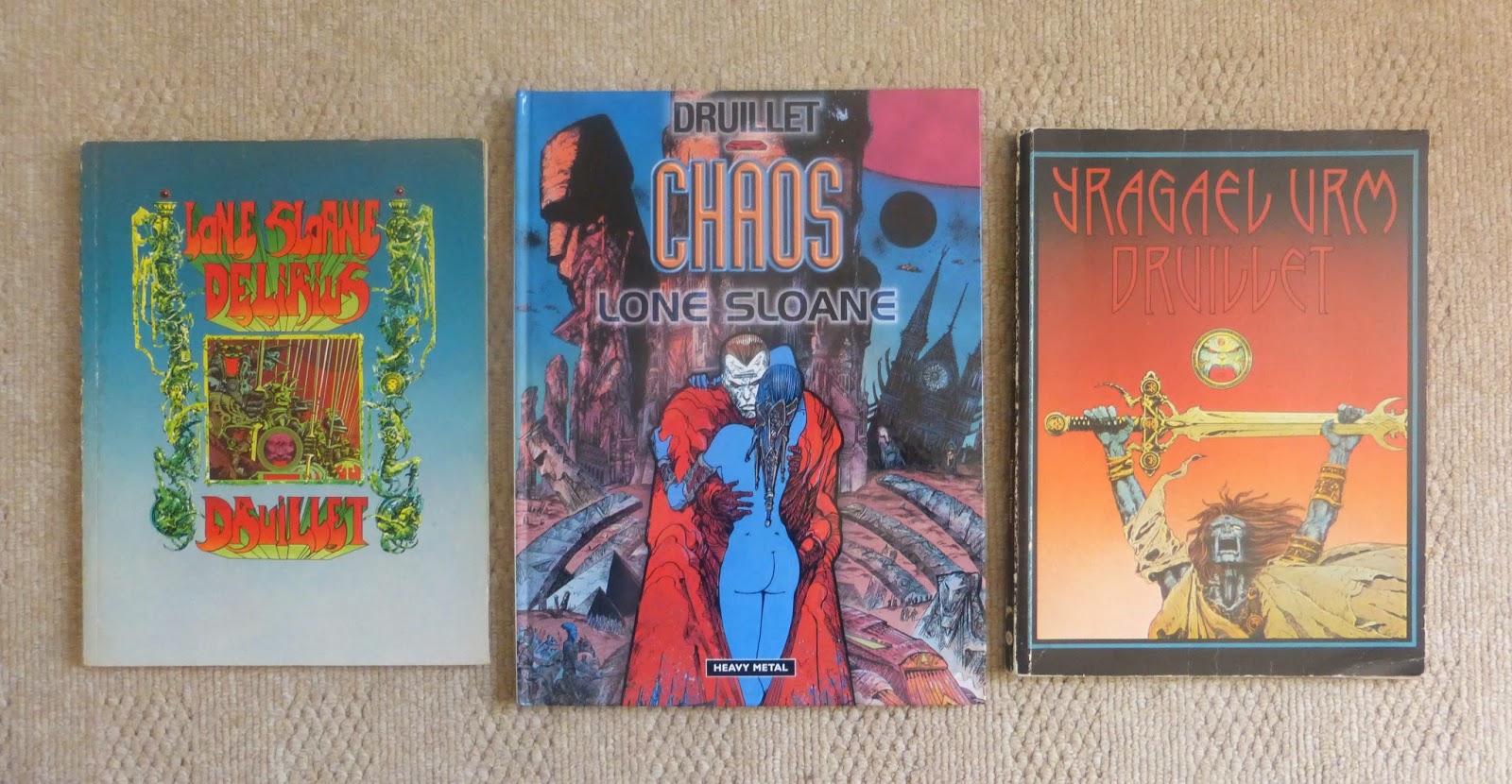 I'm going to get around to reading and writing about these soon (briefly discussing them here has got me fired up to do so!), but the thrust here is that I came across some exciting news on the Eurocomics USA Invasion, which informs us that Titan will be bringing Druillet back into English language print, with a hardback release of The 6 Journeys of Lone Sloane in March next year. The book was previously published in English by NBM in 1991, and, I believe, the six short stories within it are actually contained in the edition of Delirius above. Both books are out of print, but copies are still in circulation on Amazon and Ebay for around £15-£30. Journeys was originally  published in 1972, Delirius in 1973, with Chaos following in 2000. The new edition from Titan will, hopefully (as is always the hope) introduce new readers to Druillet's work. Here's the brief solicitation blurb for the book:

'800 years after a catastrophic event called the "Great Fear",  Lone Sloane, a troubled space traveler, is captured by an entity called "He Who Seeks", after his space ship is destroyed. The entity transports him to different dimensions, where he faces a myriad of Lovecraftian challenges!A Sci-Fi Ulysess, forced to endlessly wander through the universe.'

Lone Sloane is Druillet's most famous creation: a tortured galactic wanderer, imbued with mystical powers and traversing a universe he doesn't understand. The six eight-page stories in Journeys serve to introduce the character and his initial wanderings. If, like me, you weren't aware of Druillet's work, mark this as one to look out for- the chances of disappointment are slim. 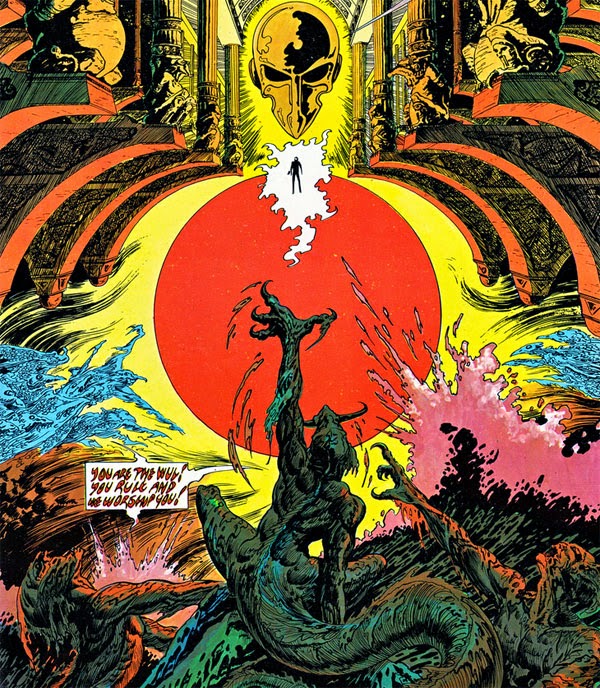 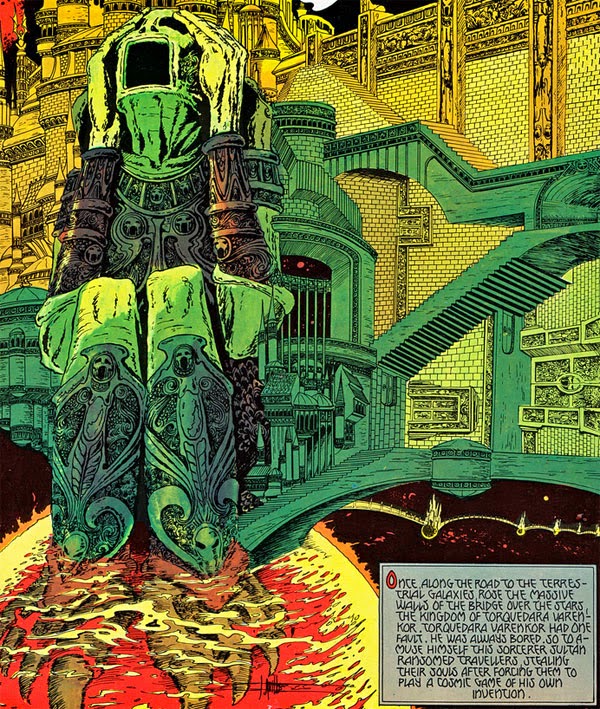