What's luck got to do with it

Latvian publishers Kus were kind enough to send me their four new mini-comics in the post earlier this week- the comics were just published at the end of last month (you can get a look-see at each title here), and I thought I'd write about the two that really made an impression. 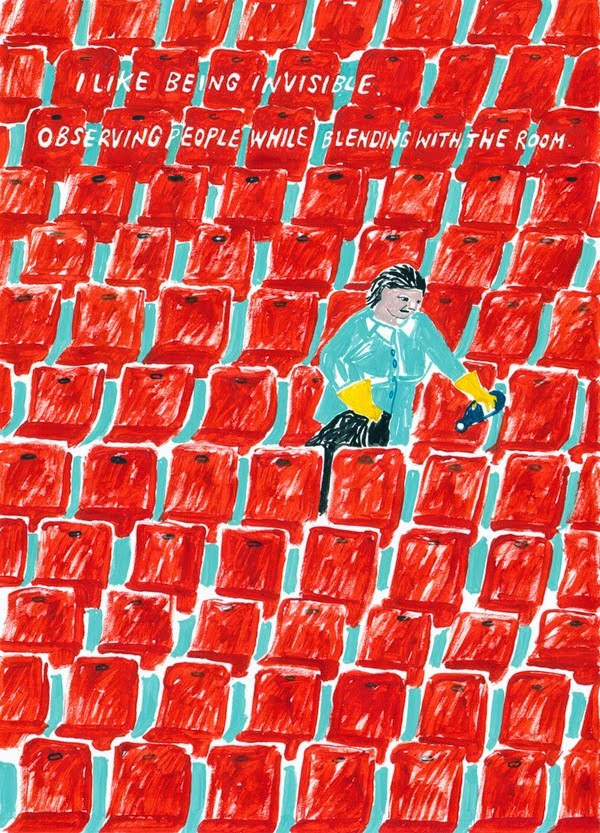 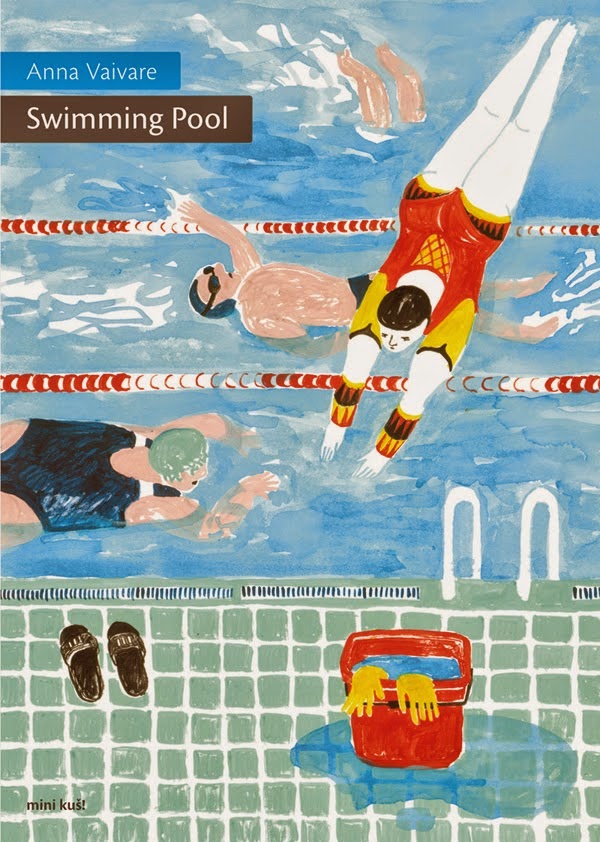 Swimming Pool by Anna Vaivare: I don't know how much pre-association I'm lending here, but longtime kus contributor Vaivare's comic, set in a swimming pool, has a mesmerising, tranquil quality. It's narrator and protagonist is a middle-aged woman who cleans the pool and centre, and she's content in her job; she loves being around water and she appreciates the interactions others have with it- what it does for them: people who come to the pool to get fit, the regulars who escape for one hour each day, to be alone with their thoughts swimming rhythmically from end to end- the focus and stripping away of all else- she likes observing them, and takes quiet pleasure in the mutual connection they share. There's a lulling cadence to the short sentences spoken by the women: 'I like being invisible. Observing people while blending with the room.' which appear spread out, 2 or 3 to a page. lending to that sense of quiet, a reflective, contained tone.

Vaivare uses a very bristly style here, felt-tipped, that makes everything seem as if it is wet. Her technique, colours, detail shouldn't really work- it looks like too much, but they have a weird quality: not undynamic, yet not rigid or flat; a fixed, captured-in-the-moment quality that you find in traditionally illustrated children's books. Any stiffness that may induce is offset by the bright colours- red, yellows, blues, which Vavire again cleverly keeps from overwhelming by way of that brushy art- nothing is coloured fully or in blocks, whites peeking through here and there. The finale, when it arrives, is unexpected: sweet, almost vindicating and a little magical, and a reminder that there is always more to people than meets the eye.

Lucky by Oskars Pavlovskis: Lucky is one of those books which you read through not really knowing where it's going, perhaps not deeply enthralled what's happening... it could be maybe building to something or not- no reason to assume so really. And then, like Vaviare's Swimming Pool it has a final act that throws the whole thing into relief and forces you to reconsider.  Pavlovski's comics finds the titular 'Lucky' chatting incessantly to a faceless inquisitor docu-comic style as he goes about his day-to-day thieving and conning, explaining his outlook on life, justifying what he does, how people deserve it. Pavlovski offers a feinted projection via the dialogue, the prattle at first coming across brash and confident, moving into the ridiculous and then pathological - the non-stop chatter begins to establish itself as a barrier, not letting anything in, not facing problems, despite what's being said, the realness that's purportedly being served up and lived.

One of the most interesting things Pavlovski does here is position the reader in the role of the person Lucky's addressing, so the continuous, real-time movement as Lucky looks out at us, talks, walks around, and so forth, has a tracking shot feel; the reader moves with him, instead of simply observing. Lucky's face has a melting, shifting, malleable nature; Pavlovski gives his characters these rheumy, bulbous eyes that only open up very slightly, laying on the shifty look. The acid green of Lucky's jacket and the pale sickly sheen he sports underline that untrustworthy, not-quite-right feeling. But again, it's the ending that makes the story, makes you stop in your tracks, a creepy, creepy turn of events, as you realise it's not the reader Lucky has been addressing all along, with Pvalovski using those distinctive, shifting features to gruesome effect, and that pathological descriptor comes into visceral play. Where the first two acts of the story seem to be careening through humorous territory, the third declares its disturbing intent, affording the narrative a more powerful credance. 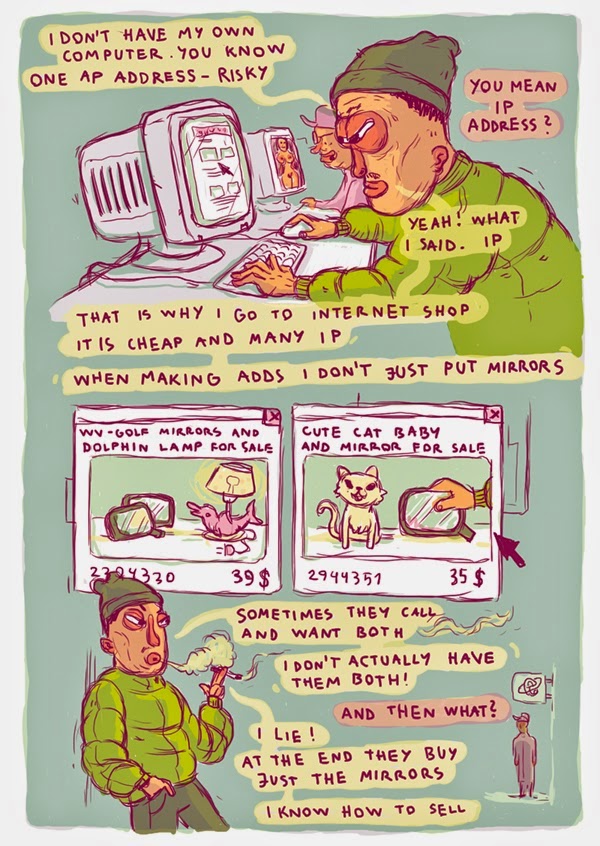 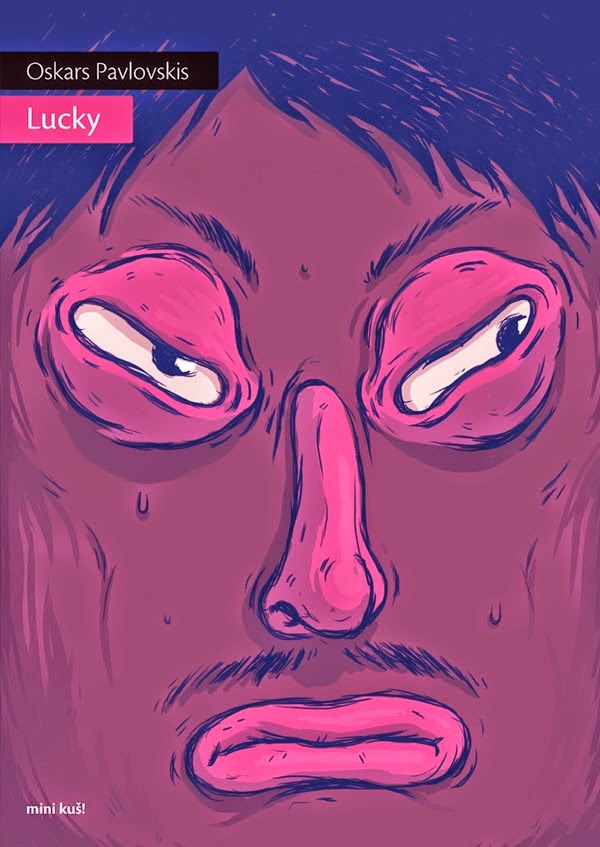