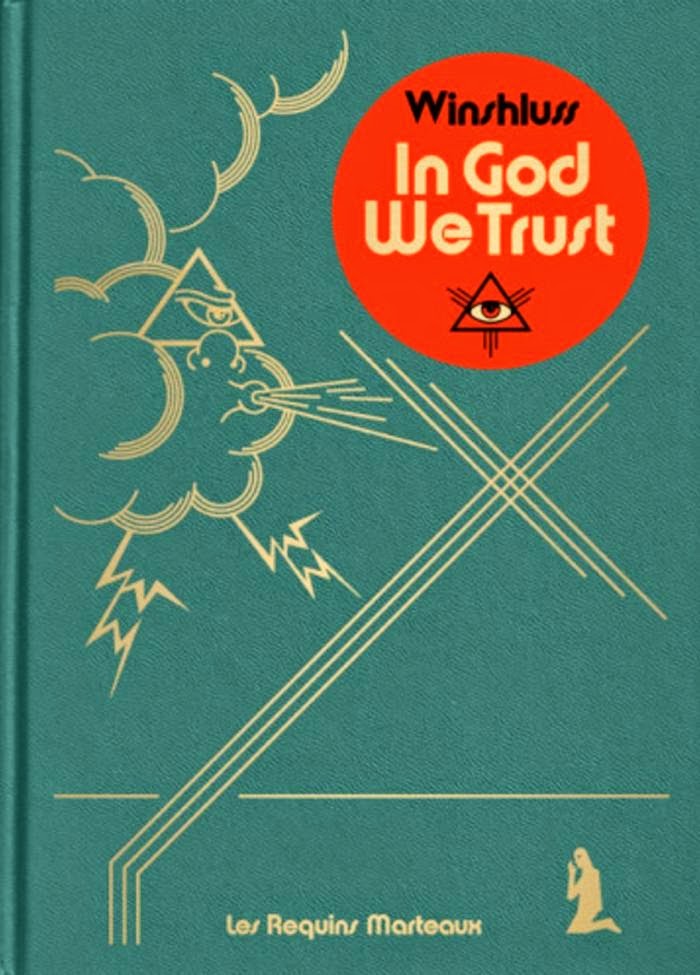 I've been waiting for this one since it came out in French last year from publishers Les Requins Marteaux. It is French artist Winshluss' (aka Vincent Paronnaud) follow up to his epic and searingly brilliant re-imagining of Pinocchio, the English language edition of which was released by UK publishers Knockabout in 2011, and is probably the best re-telling of anything ever (in all seriousness, though, it's staggeringly good, and you should check it out instantly if you're not familiar with it. Here's a Tumblr photo-set I put together a while back to help you along the way). In God We Trust is another re-telling, this time of the Bible, as Saint Franky Of Assisi guides the reader through various well-known passages in the Old and the New Testaments, although no doubt they'll be much changed from what you may be familiar with. I'll be picking this up on the strength of Pinnochio, and from what I've seen of the art, it looks like Winshluss has once again unleashed his unique drawing demon, but religion can always be a strange subject to take on in satire, because people generally do tend to lean either one way or another. I'm interested to see how it'll play out; expect a lot of parody and irreverence.

Luckily Knockabout were very quick in picking this one up, and it's due for release on the 24th of September:

'Winshluss returns with the hilarious In God We Trust. His multi-levelled retelling of The Bible revises the founding myths of the holy book. We are guided through the maze of the Old and New Testament by St. Franky, with a nose like a strawberry from drinking altar wine and a sceptical attitude. God looks like a retired biker and is a shy and alcoholic seducer, Jesus had a punk phase, Mary is naive and lonely. From the comic book parody (God vs Superman) to the adulterous tragedy, through the story of creation and a study of the disappearance of the dinosaurs to the mystery of the resurrection, the density of the book will leave the reader no respite from the horrors suffered by an inept and inconsistent humanity and the acts of an apathetic, drunk, and jaded divine power.' 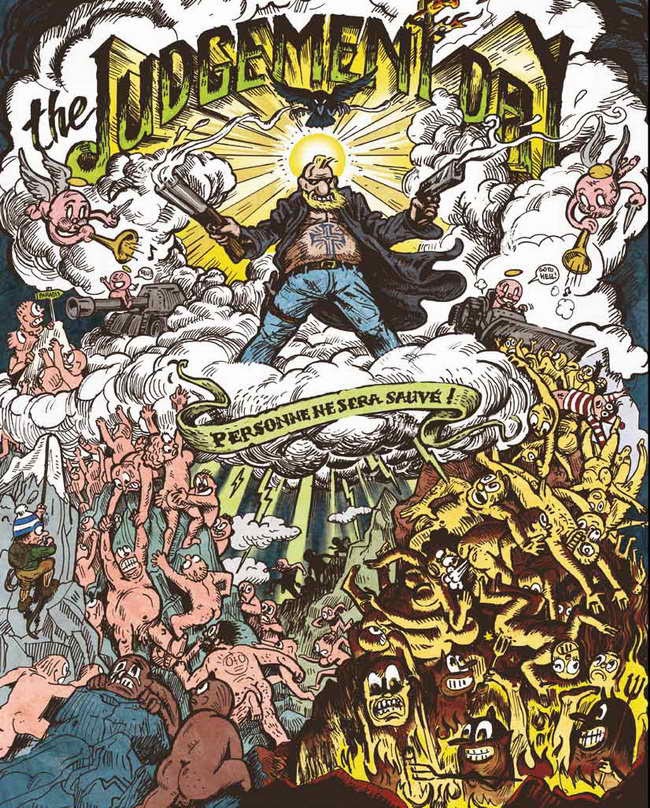 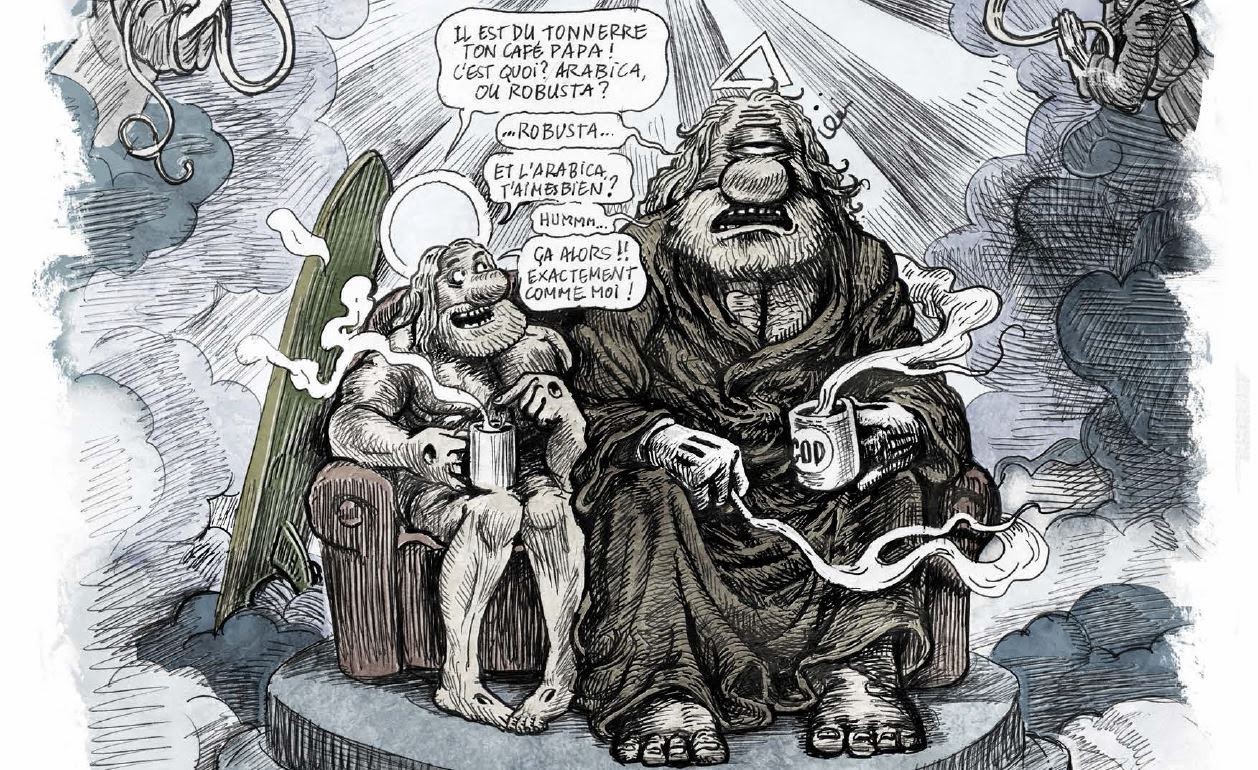 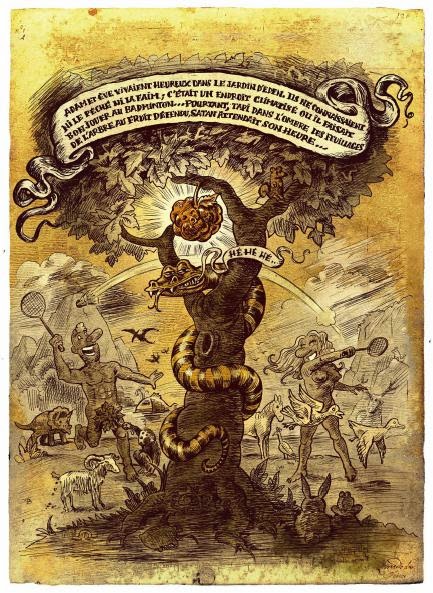