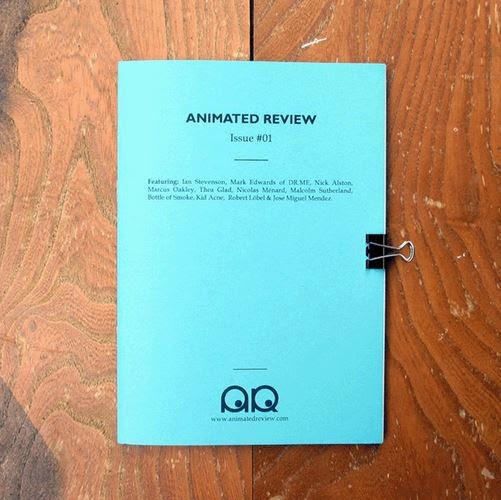 It's been a looong while since I did a zine watch, and since I'm feeling the need to freshen things up some, here we are. Animated Review is the first, self-titled zine from the folk over at the fantastic Animate Review blog, (which I was introduced to by Andy, as with many a good thing) which curates and collates the funkiest and most interesting animation largely in the form of videos, but also anything related such as comics, games, toys, clothing, zines, art, and so forth. In terms of production zine, they've gone for something simple and manageable- nothing too over-reaching- stapled together recycled paper, with a duck-egg blue thin card cover. The cover works for me- I think their logo- the googly-eyed 'AR' is a strong visual and the central lower placing works fine with the centered title at the top. The perfunctory list of contributors on the cover gives it a retro classifying pamphlet feel.

The idea for the zine is to give contributors a theme and ask them to respond with an illustration- for this inaugural issue artists were told to reinterpret their favourite childhood cartoon characters in their own style: 'The enthusiastic response we received helped highlight the importance of these shows, and the fondness with which they are remembered.' The format is straightforward: left page carrying information about the artist (including website and online details) and the right carrying the illustration. It's a to-the-point unflashy aim- here are some fun, cool pics and if you like the artist's work, this is who they are and where you can find them (that last intended in a non-sinister way). Some of the characters I recognise here: Super Ted, He-Man, the Turtles, Jessica Rabbit- and some I don't, but that doesn't really impact much on the enjoyment of the cartoons. I especially liked Kid Acne's (whose work I love anyway) homage to 'mysterious Cities of Gold' which is very serene, clean and striking.

It's a nice little concept, nothing ground-breaking but executed efficiently and engaging in tone and subject. It could have been improved if there were even a couple of sentences from each artists stating why the cartoon they've chosen had such an impact.That may be something Animated Review look to build upon in future issues; it'll be interesting to see whether they stick with the essentially the same format or switch things up. It's a fun little zine, although I'm not sure it's worth the £4 asking price for what it is- even knocking a pound off that would make it much more accessible and reasonable. 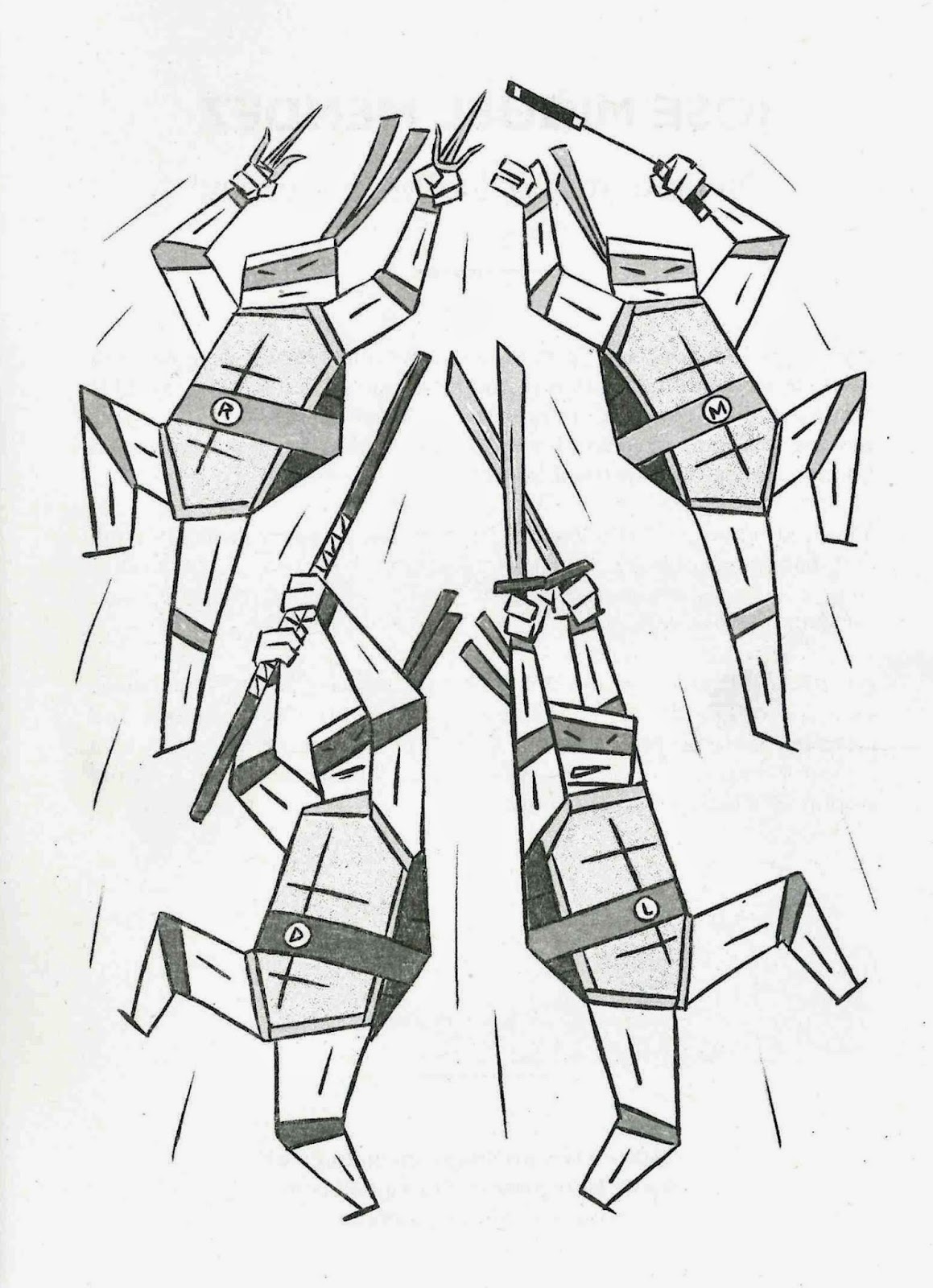 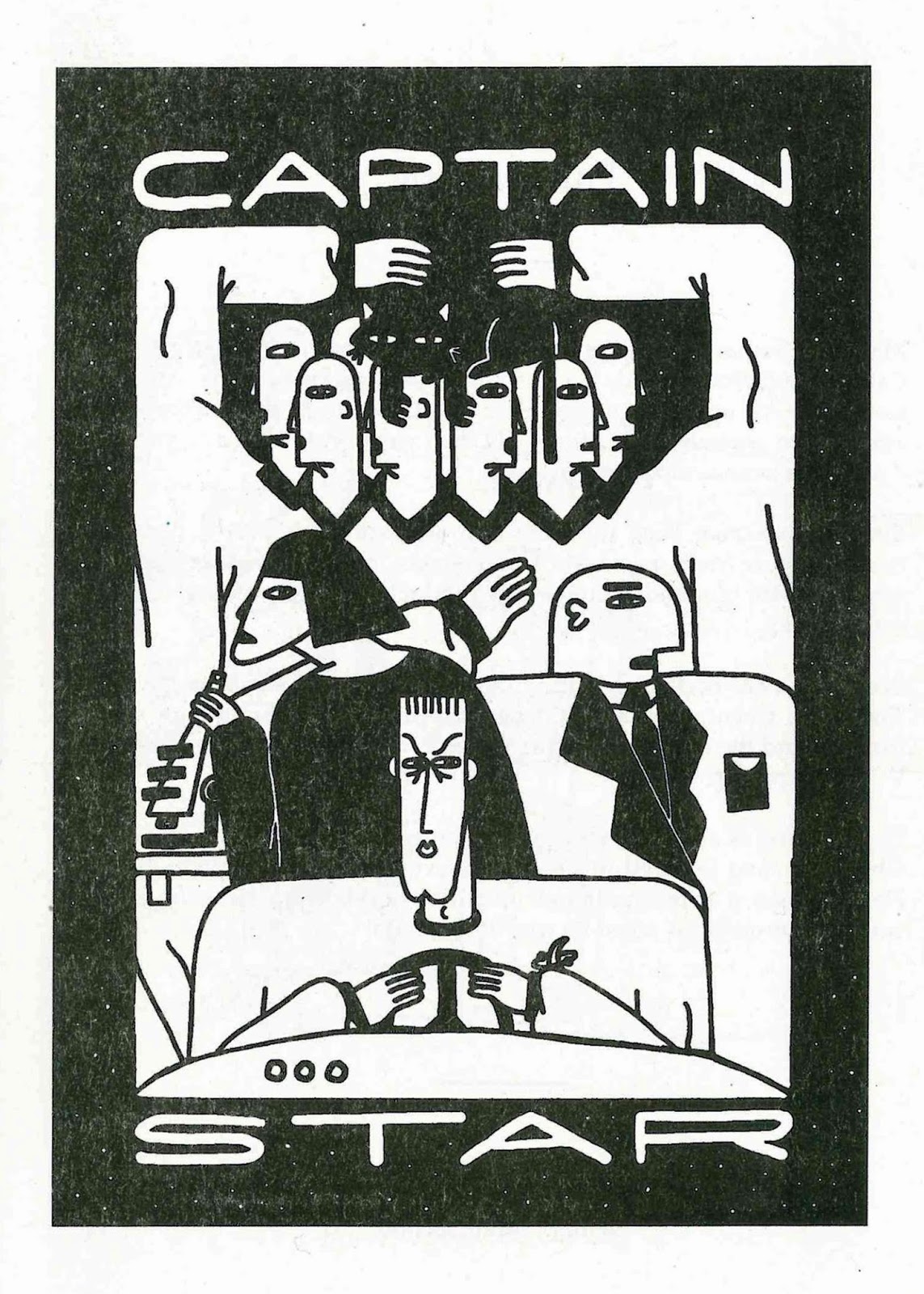 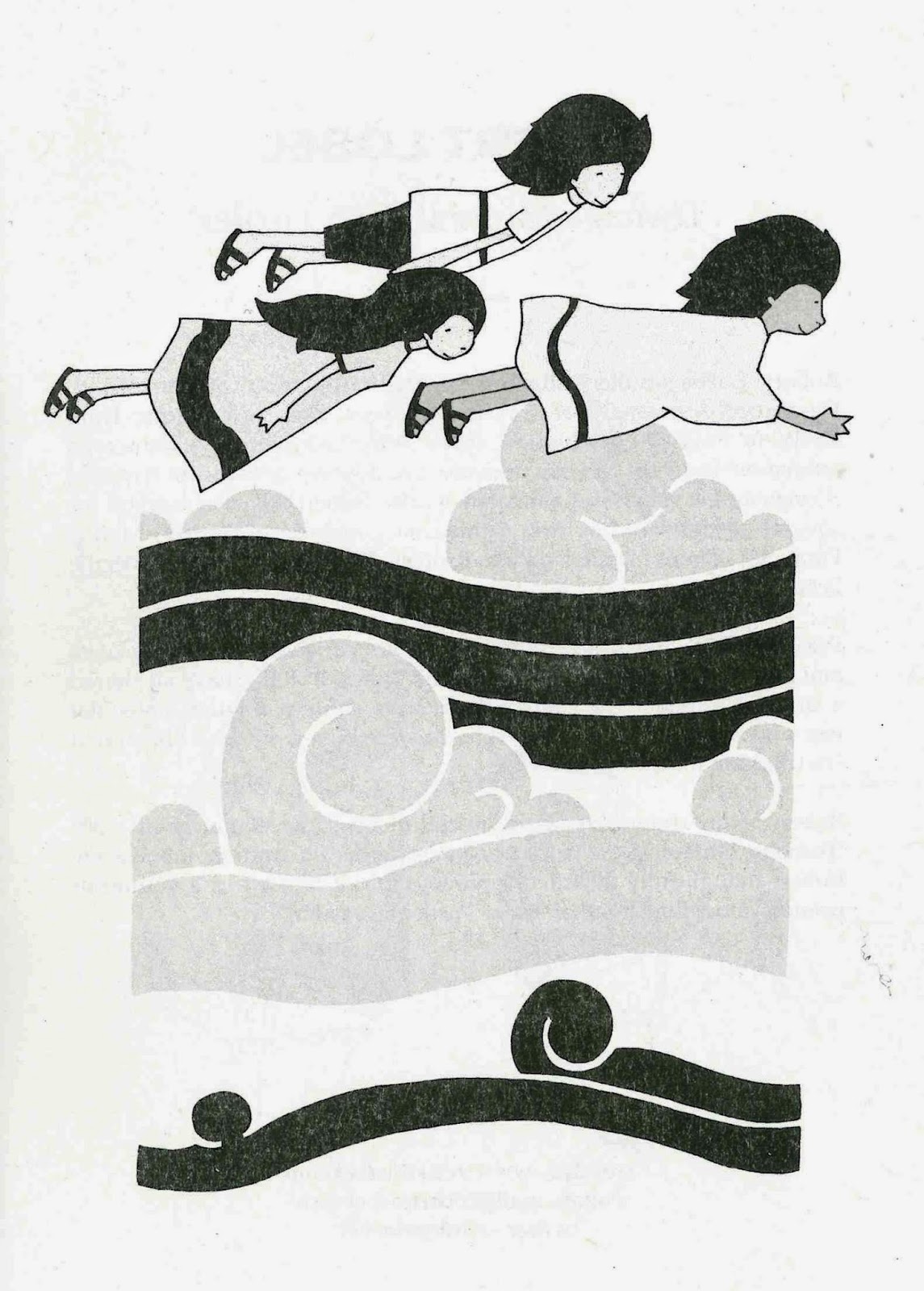 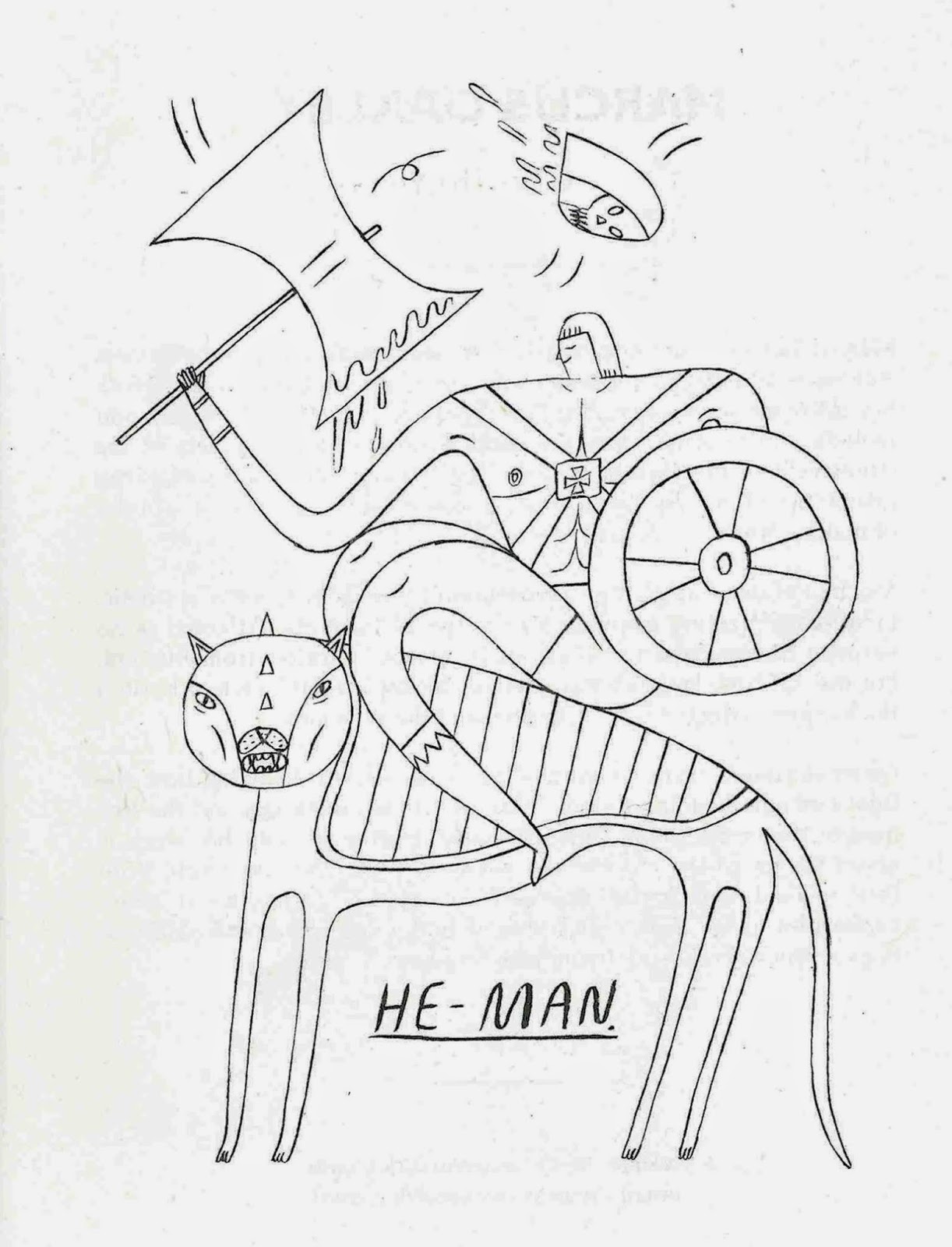 (top image via Animated Review)
Posted by Zainab at 15:29