Alone 2: The Master of Knives: outsider/insider Alone 2: The Master of Knives: illustrated by Bruno Gazzotti, written by Fabien Vehlamnn, coloured by Cerise, published by Cinebook

The first book of Alone did a solid job of setting up the narrative's central premise and introducing its main characters: five children wake up one day to discover all the inhabitants of their city have vanished. After providing a little before-and-after for each character and giving readers a glimpse into individual situations and backgrounds, the five were brought together and  decided to stick together and attempt to get to the bottom of the mysterious mass disappearance. The Master of Knives now allows Vehlmann and Gazzotti to add meat and substance to their story: the kids have set up home in the Majestic Hotel, and are quickly adapting to their new situation, whilst also being confronted with new challenges to deal with.

There's a very authentic feel to the presentation of the children and their responses, a limbo-ed grief of sorts, combined with the new freedom and opportunities at hand: little Terry looting shops and setting up a room of plushies which you can bounce around in without fear of hurt, another with a complete train set. The older Leila 'You know that I miss my family and friends from school a lot, right? Well, sometimes, I totally don't miss them at all... sometimes it's almost like they never existed!' While Ivan seems to be methodically emptying the hotel's mini-bar, while lounging in the pool and going through the phone-book, calling every number to see if anybody replies.

But there's something more ominous at play as Dodzi and Leila make food and supply runs to the shops and their homes, watched by a shadowy, masked figure, armed to the teeth with knives. And the equilibrium the group have achieved is a fragile one, shot through with fear, their situation as unique as they come, and tensions and fractions inevitable. When Dodzi leaves after an argument, he finds his life in danger. Vehlmann does a clever thing here, switching the point of view: what if there were other children also surviving and hiding the way Dodzi and the kids are? Would they view any other outsider as a threat in the same manner that they do? When Ivan gets his father's gun and decides to do some shooting practice atop the hotel's balcony- how would those gunshots be received? The kids are stocking weapons themselves- perhaps there are others doing the same. 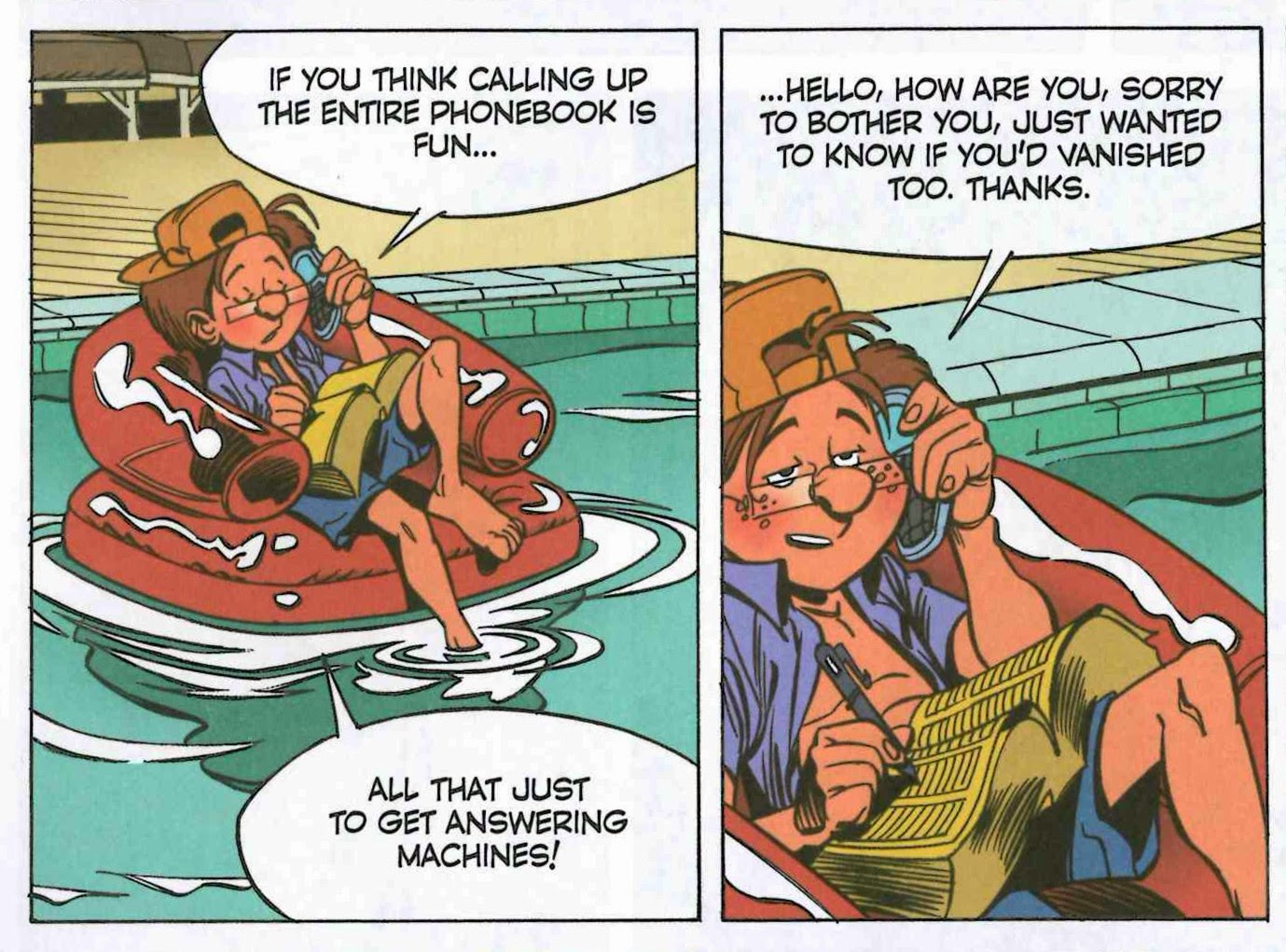 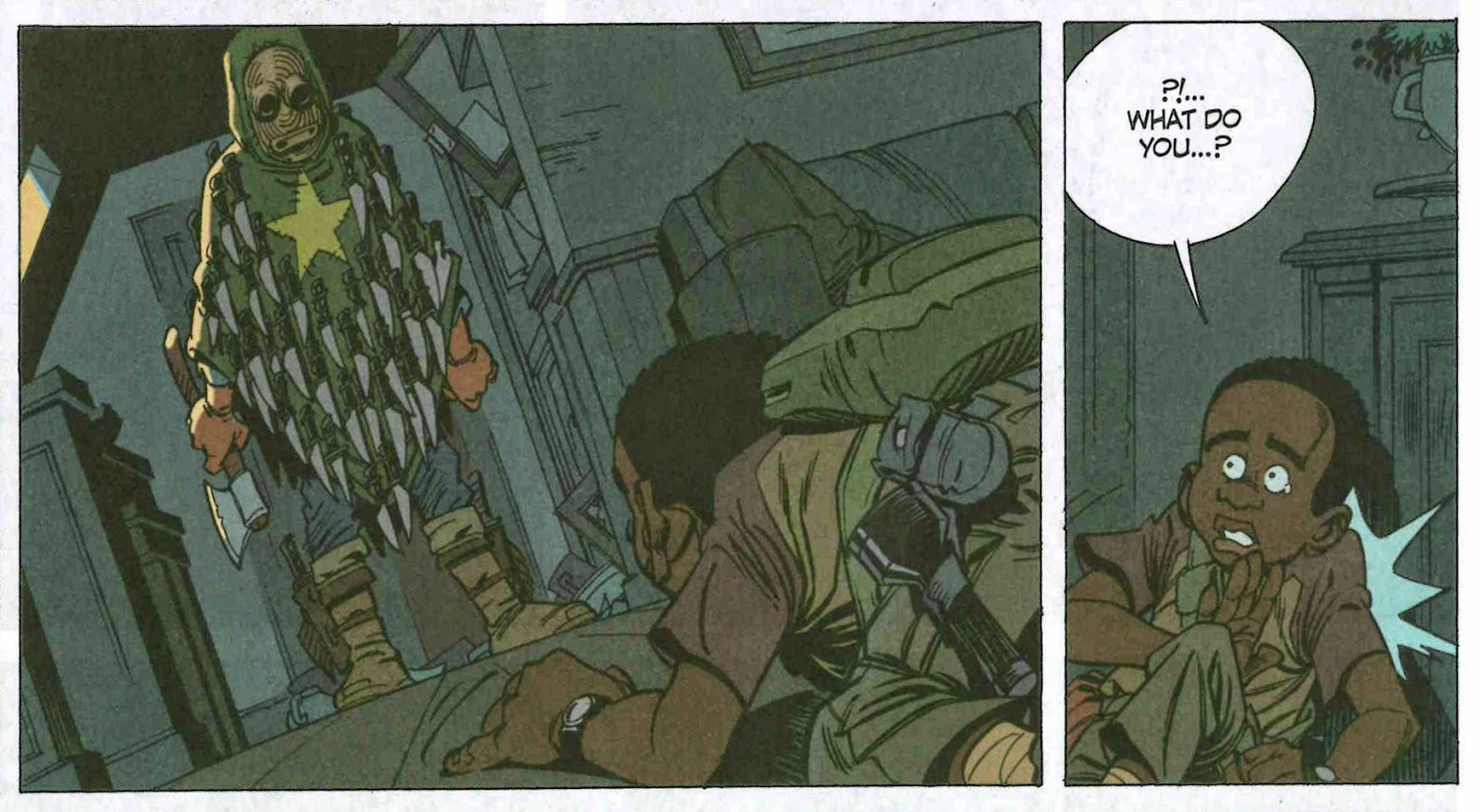 The pacing of Alone is so well considered- chunks of time pass, but it also moves rather slowly at a realistic pace; indeed each volume so far has focused in on a few days at most, with time passing in between. It's a difficult thing to balance- do you constantly have things happen? How natural would it be for the children to encounter such and such? Vehlmann and Gazzotti do a great job of giving the characters time to unfurl whilst driving the plot forward: the kids are putting together a bus to drive outside the city  to see whether other areas are affected (Leila and Ivan are both in their early teens). Another little clue regarding the vanishing is dropped as Ivan mumbles in his sleep about his father being afraid of something, and the fifteen families... but Terry, who is shaking him awake, is too young to understand  what he is saying and any significance it may carry.

It's rather remarkable how Alone  manage's to have fun and humour (the scene at the cinema is lovely; Gazzotti with perfectly graduating embarrassed expressions and inward, scrunched up body postures) sit side by side with issues of violence, abuse, forgiveness, trust in a thoroughly natural way. Gazzotti's art is instrumental in the believable maintenance of those facets: his detailed yet abandoned backgrounds, the kids rendered in a authentic and engaging way, without descending into over cartoonish-ness; Cerise's colours, alternately foreboding and lively, similarly convey tone and emotion.

It's fantastic to see kids and teens written as mulit-faceted 3 dimensional characters without shoe-horning them into 'adult' roles or reducing their child-like qualities, and they make decisions accordingly. There's a few last pages here that hit you in the chest like a rock (more so if you're an adult reading), as the kids deal with the Master of Knives, the final page in particular brilliantly executed. I'm a huge fan of this series but if I was reading it as a 9 year old, I'd be utterly riveted by it; it has a range of interesting characters to attach to, an intriguing mystery and lots of action. Mistake it as just another 'kids  thrust into survival mode tale' to your own detriment. A highlight of my reading year thus far. 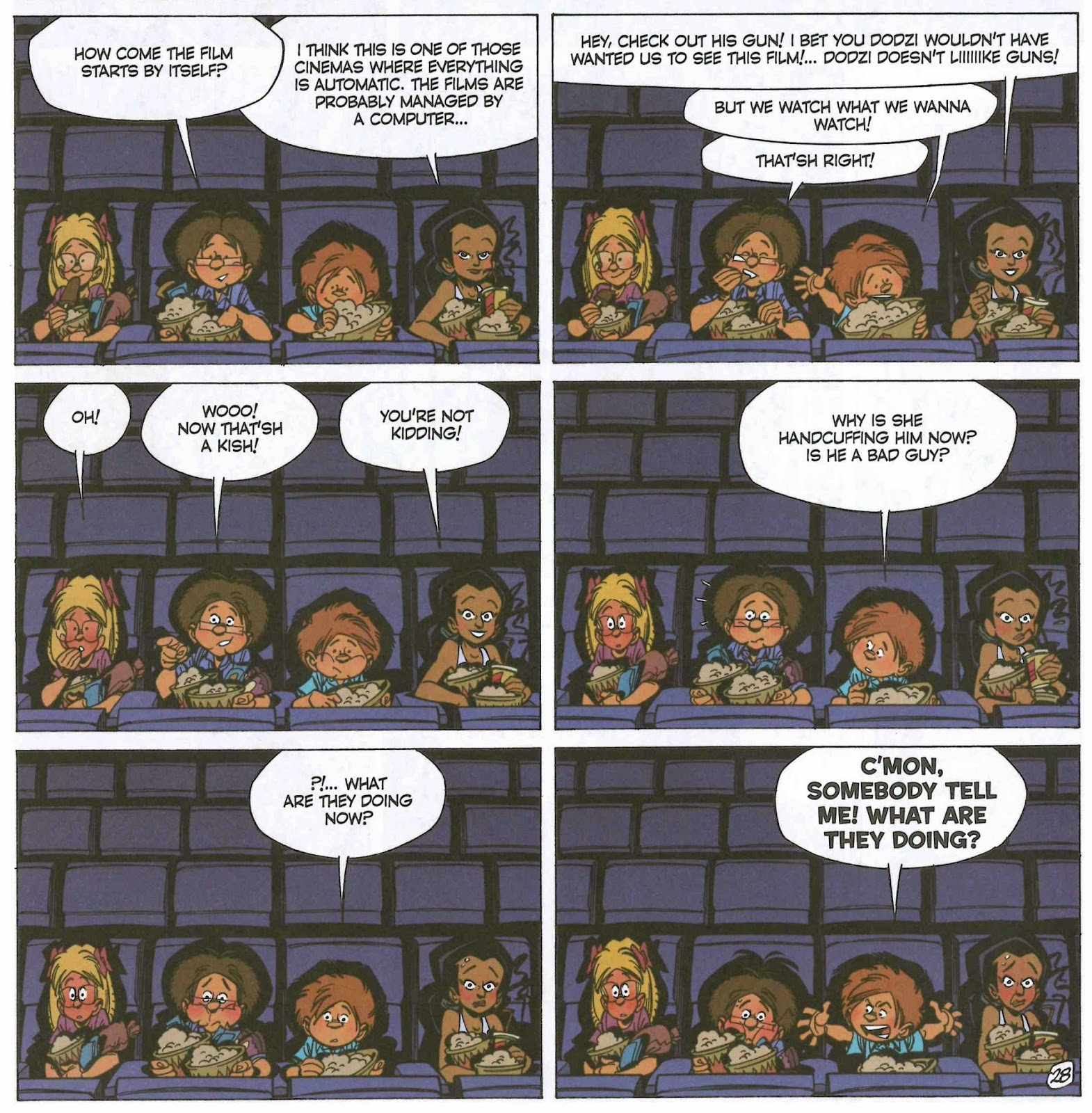 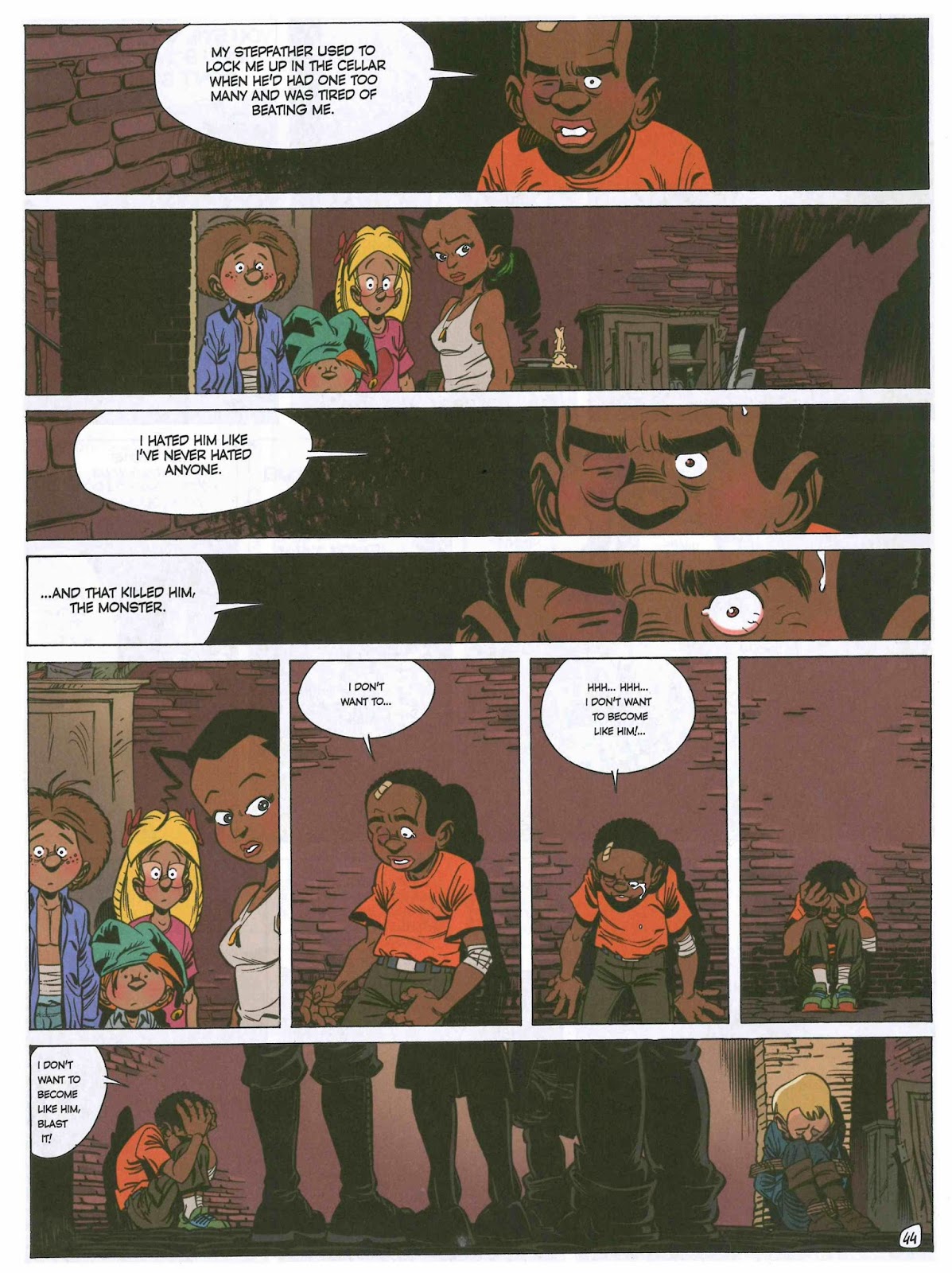