One of the aspects that speaks to the UK's growing and diverse comics scene -in addition to new artists and festivals regularly cropping up- is the setting up of new independent publishing imprints. While that may not be particularly noteworthy in its own right, the focus of these on more alternative comics and work is providing British comics with a type of comics that have perhaps been under-represented; certainly it feels like a healthier and more positive time for this work to be released. One such outfit is the freshly-minted Jazz Dad Books, a small press comics and zines publisher, created by Edward Cheverton, who made their very well-received debut at ELCAF earlier this year with a host of titles from artists including Disa Wallander, David Biskup, Nick Edwards, Rosie Brand, and more. I got in touch with Cheverton to talk a little about Jazz Dads, its conception, and his hopes and aims for it. 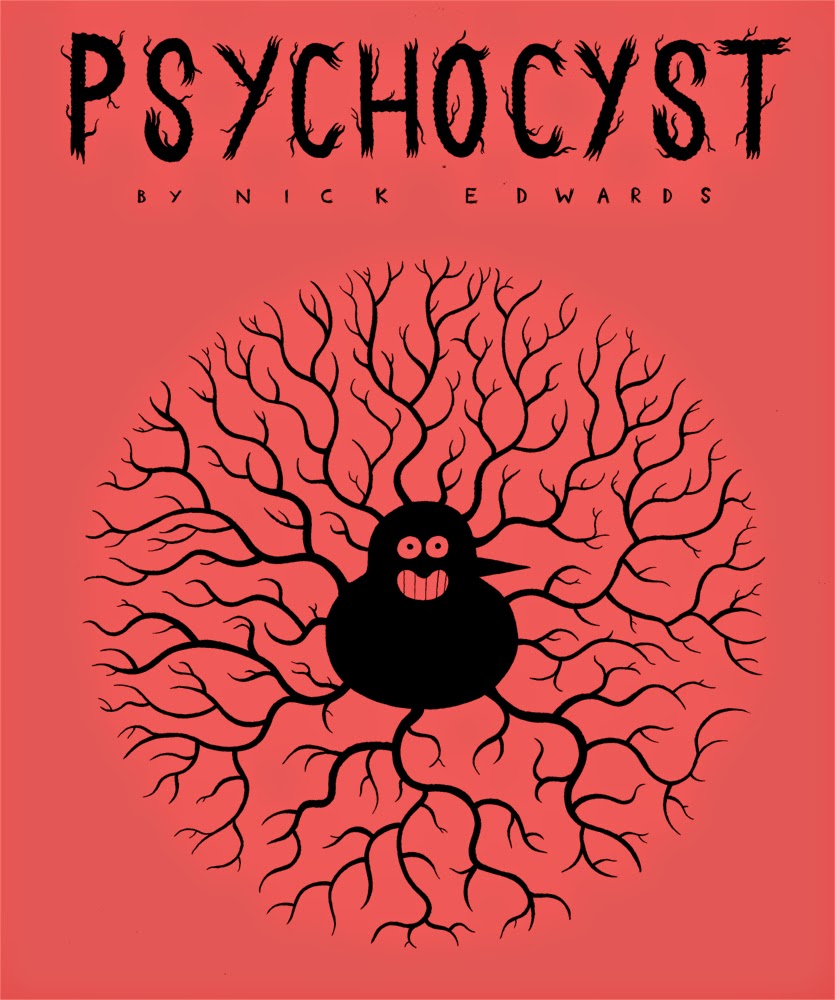 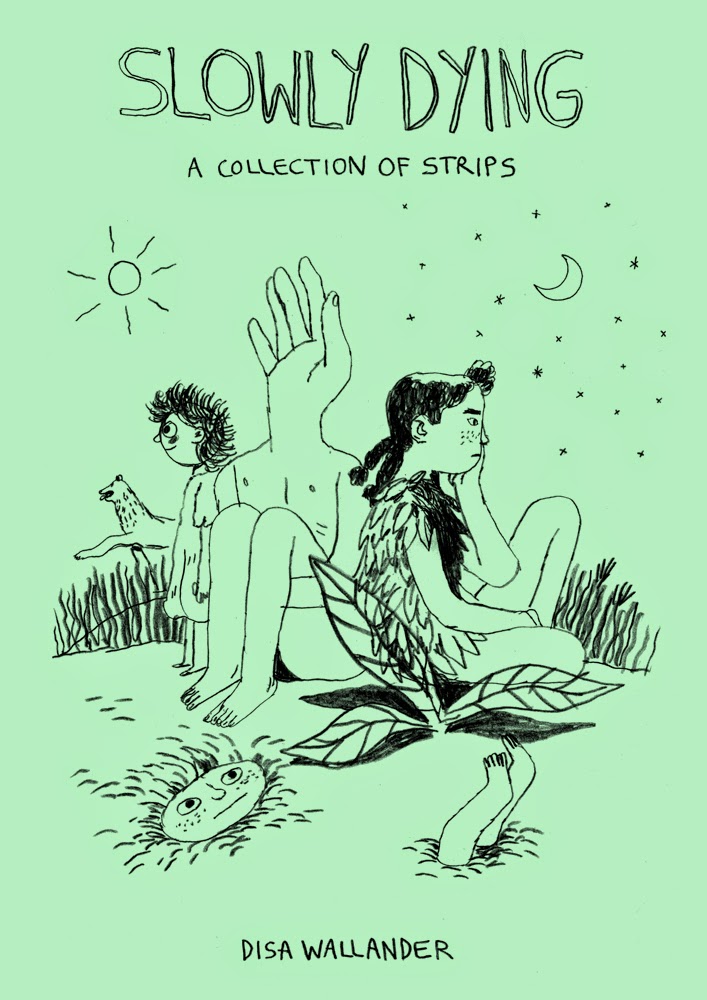 How did the conception of Jazz Dad Books come about?

I’d been thinking of starting a small press for quite a while, mostly to self publish my own work but I liked the idea of working with my friends and putting out their books too. Everyone had a very positive reaction when I suggested it to them and spurred me on to getting it going. We wanted to have a line-up of books ready for ELCAF so we had a clear goal to work towards, and we have been going strong since then!

Jazz Dads- I know you're a huge jazz fan, so I'm guessing that's where the name comes from?

Yeah, the name comes from a nickname some friends gave me a few years back; weekend Jazz dad. It's the most depressing character you can invent in 3 words!

You've been making your own zines and art for a while- what led to you creating this small press collective?

I always really liked the idea of having my own imprint. As you say I’ve making my own zines and comics for a while and so it made sense to have some sort of ‘umbrella’ that they could fall under. A lot of my friends are phenomenal creatives, and I though Jazz Dad Books could provide a good platform for them.

Who is involved in Jazz Dad Books? Is it a group of artists making and publishing work, or are you also on the look-out for new artists?

It’s a mixture of both really. We've published books from the likes of Disa Wallander, Chris Harnan, Rosie Brand and Nick Edwards. We have upcoming releases from Ed Monaghan, Eleni Kalorkoti, Alice Bowsher and more! I like to think of it almost like a collective or family that comes together to celebrate making really lovely comics and zines. I’m not so much on the look out for new artists but over the years I’ve come to know a great many fantastic creatives that I would love to make a book with. Because of this that collective ‘family’ atmosphere has developed and expanded which is just great.

What's the aim or ambition of Jazz Dad Books generally? What do you hope it'll be? What plans do you have for it?

I want Jazz Dad Books to remain an eclectic small press. I really like that we don’t just focus on comics; we also have Illustration zines, writing, collaborative books etc. I’d like to continue and expand this. I also want to continue our focus on the physical form of the books too, making sure they’re well thought out and made with care.

I’d quite like for us to remain a small press. I’d worry that if we expanded and did larger print runs, we might loose this focus on the handmade and well thought out formats. Concentrating on that handmade aspect and placing importance on the physical form of the books as well as the content is our main goal.


Am I right in thinking ELCAF was your 'debut' -the first place at which you tabled? You had a tonne of new zines and comics out- how did it go?

Yes ELCAF was our ‘official debut’! It went fantastically well, everyone gave us a very positive response and it was just nice to see everyone’s hard work come to fruition. It was really great to be able to actually chat with the people there about the books we had, it made it a much more pleasant and personal experience.

One of the things that ELCAF highlighted for me this year was the buzz around UK comics- the scene really seems to be diversifying in terms of material -people like Breakdown Press, Jazz Dad Books, a lot of younger up and coming artists- Disa Wallander, Rosie Brand, Jamie Coe, Dilraj Man, Donya Todd. Do you ever view things in the context of the UK scene? How do you see it/feel about it currently?

It’s quite hard to view it outside of the scene to be honest. I think we are in a very exciting time for comics, mostly because artists (such as those you mention) are taking ownership of their work. There’s a strong sense of creator lead material in the scene. One the best things I feel happening in the scene at the moment (and this isn’t just in the UK) is a very strong collaborative and friendly atmosphere. For the most part creators and publishers are enjoying working together and the focus is on the work rather than sales. This is just fantastic, and I definitely felt it at ELCAF talking to lovely people like the Breakdown Press guys, Otto Press Jack Teagle and Donya Todd to name a few.

How will you be releasing books/comics- will it be a sort of season to season thing, publishing a few at a time, or is there an individual schedule?

It’s mostly in line with the shows and fairs we go too. Because they are our main showcase and selling point, I would really like to make each one special by having a range of new titles. I did have the idea of having a completely new range for each show we do, but then I realized I was so proud of everyone’s work, I wanted to have it available at every show we do! We don't have an online shop, I want to focus on selling at shows. I'd quite like to take it back to the early DIY zine culture where it was a lot of word of mouth and underground.

One of the things that struck me when you released all those comics and zines at once, is that Jazz Dad Books would probably be well-suited to a subscription model, especially with the artist involved. Is that something you've considered?

That is something I definitely considered, and I think could definitely work well in the future. For now, as we are a very small press, we do rather short and limited runs on titles and I don’t want to oversubscribe our books and therefore let people down. We’re still growing and learning.