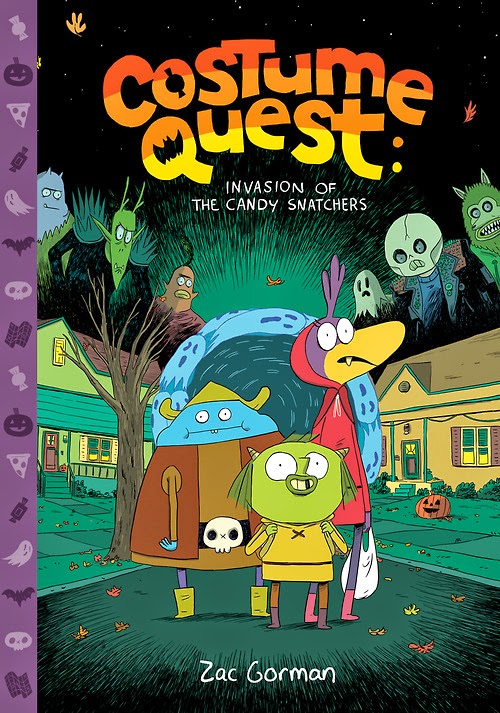 There's a veritable deluge of good comics out this September and October; so much so that I don't know whether to feel glad or frustrated that I don't have any money to spare right now. One of the ones I'd really liked to have got is the Costume Quest book by Zac Gorman- you might remember me writing about it when it was fist announced. It's an original graphic novelisation of an existing video-game, Costume Quest, which finds it's young protagonist and friends battling through candy-snatching beasts called Grubbins on Halloween, in order to travel to another dimension and retrieve their kidnapped twin (players can choose which twin to play as- Reynold or Wren). Gorman's comic book is being released in conjunction with the second installment of the game, and will turn that scenario on its head, instead following a 'good' young Grubbin called Klem, and narrating his adventures on that same Halloween. None of this really matters to me, because I don't game at all- all I know is I'm a big fan of Gorman's comics and art (looking forward to his Retrofit comic, which I think will be out before the end of the year), and I think this will be good- I mean, look at these pages below.

You can see a more extensive preview here. Pre-orders also get a pretty lovely tote, and a free Costume Quest game. Seriously- that tote's so sweet. 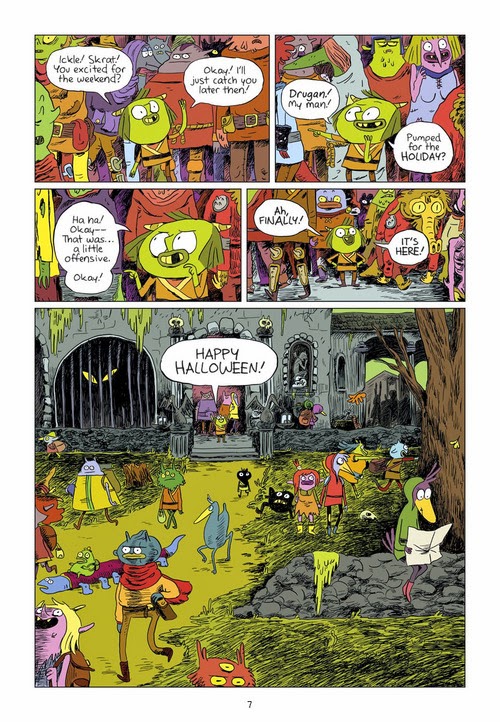 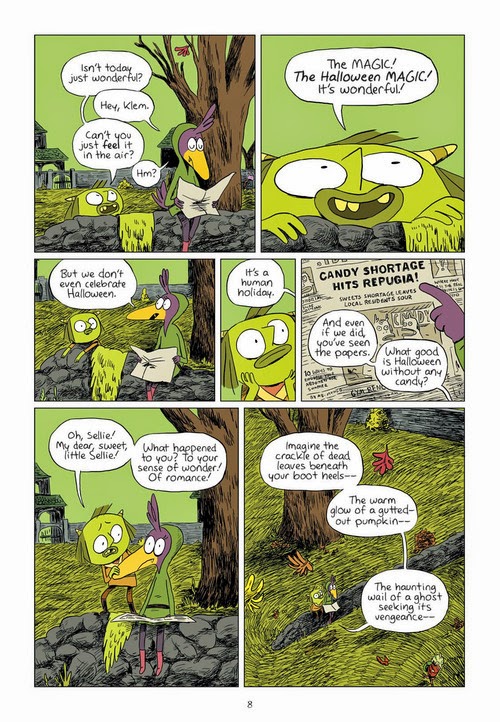 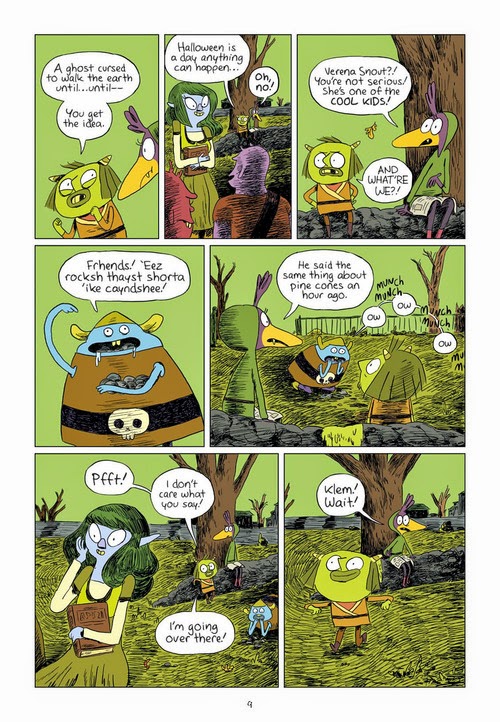 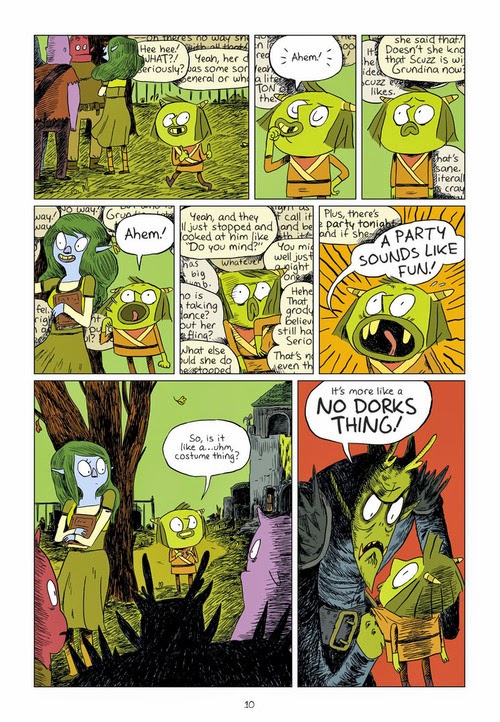