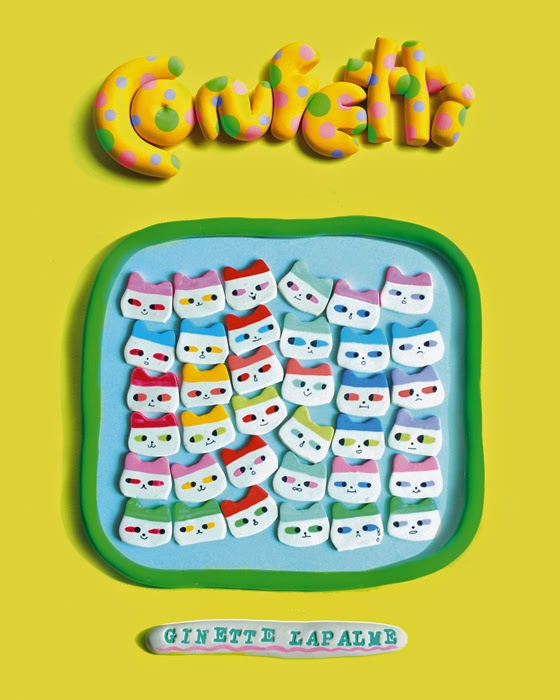 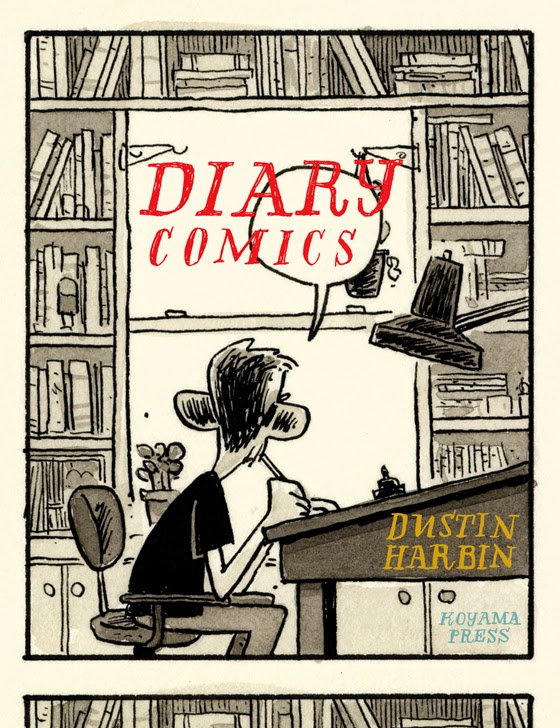 I'm a couple of days behind on this, but Koyama Press have released details of their spring 2015 slate, with books by Dustin Harbin, Ginette Lapalme, Alex Schubert, and Alex Degen. I'm especially excited by Lapalme's 200-page colour (and by the fact that I'll be at TCAF for the debut of her and Harbin's books) tome, Confetti, which is a billed as a 'colorful celebration of cartoons, creativity and the culture of cute... a fun and explosive mix of color... in comics, paintings, prints, sculpture, and jewelry, Lapalme uses cartoons and junk culture as raw material to make “cute” subversive and “pretty” punk.' I'm probably most aware of her through her stickers, sculptures, and jewellery, all of which I love and regularly covet, so it'll be nice to have that translated into book format along with comics.

Dustin Harbin's been producing his diary comics for a number of years now, self-publishing four beautiful produced, tactile (I'm a bit of a perve for paper- but only quality paper)), small collections which are a lovely thing to have and behold. Koyama will be collating these strips into one 236-page, black and white volume: 'From their humble beginnings as a sketchbook exercise documenting the quotidian, oftentimes with hilarious results, Harbin’s Diary Comics have grown into quirky existential examinations of life and living. Comic and tragicomic, heartfelt and heartbreaking; these are the panels that make up a life.' It's generally satisfying to have a work like that compiled together, and books often find more of an audience than small, independently published comics, so hopefully that will be the case here. 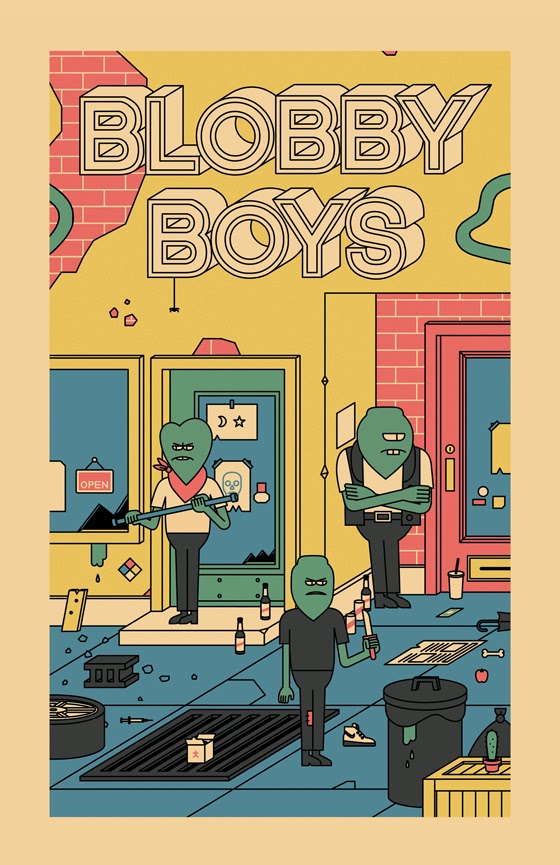 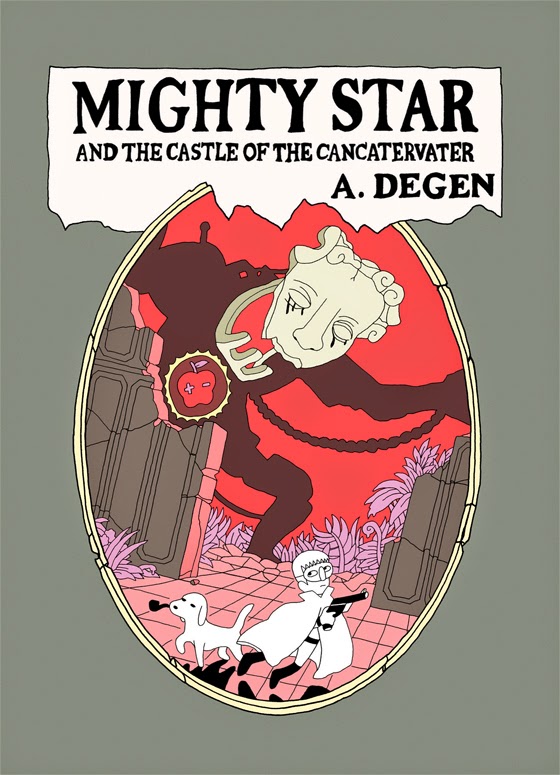 The other two releases are a book by Alex Degen, which will be published in April- Mighty Star and the Castle of the Cancatervater, which was originally serialised on the Study Group Comics website. I've been meaning to check out Degen's work, especially the recently published Junior Detective Files, but this looks an equally good and weird place to start (from what I've seen so far his narratives are mostly silent and reminiscent of theater and mime). 'Sci-fi superheroes eschew Gotham and Metropolis in favor of nightmarish neoclassical ruins in this surreal strip.' The fourth book making up Koyama's spring line will be a second, volume of Blobby Boys from Alex Schubert, which is sort of a take on the Turtles as pot-smoking slackers. I love Schubert's art, shapes and colour, and his Blobby Boys have quite a following.
Posted by Zainab at 14:14