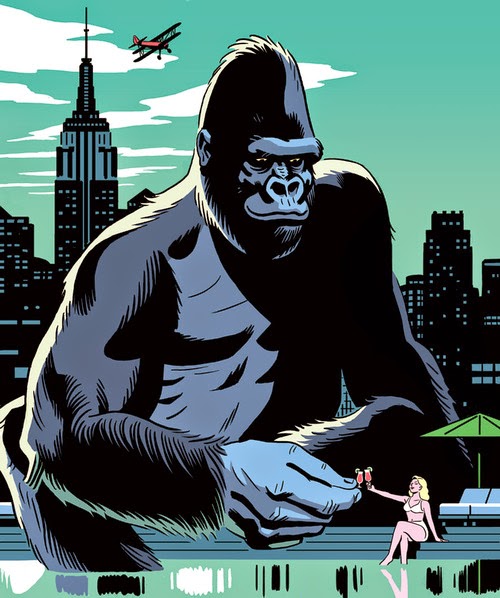 I know the blog schedule has been a bit haphazard (this most likely bothers no-one but me) since I started writing for Comics Alliance, but things are starting to settle a bit, so it should all be a more regular now. Starting Friday's with some lovely art as is tradition, here are some new illustrations from R Kikuo Johnson.

I absolutely love this fun, adorable post by the kuš folks announcing Disa Wallander as the artist/author for mini  kuš #29. That's a pretty perfect fit.

This is an interesting post on the Make It Then Tell Everybody site: a number of comic artists, discuss drawing faces, differentiation, and crowd scenes.

The UK's Cartoon Museum has been awarded a £164,000 grant. To my shame I didn't even know the UK had a cartoon museum until recently, but it has been open since 2006 and  is located in London. They're currently showing a very attractive-looking Gekiga exhibition, which will run until the 29th of November.

This survey of convention trends is an intriguing read. While it's not surprising that the breakdown in the gender of attendees is now pretty much 50/50,  it also appears women spend more at conventions than men. In similar vein, this short piece is worth a read, if you can divorce yourself from that main image and some of the sweeping assumptions.

If you missed it, I previewed a 6-page excerpt of the second volume of Frederik Peeter's Aama: The Invisible Throng. The book releases next month, and looks beautiful; but you immediately want the next part after reading it, which is frustrating. I'm sure it'll be a richer experience when read complete. 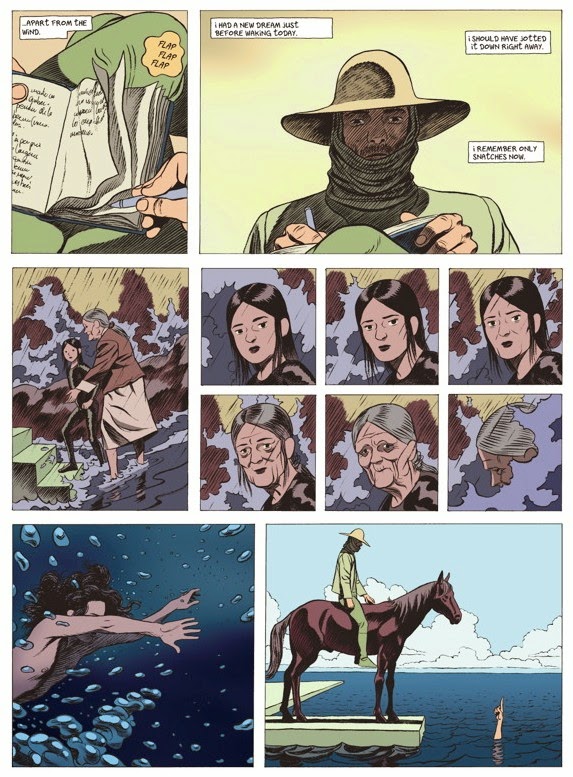 Some of these links I've had saved for a while, so for those of you who missed it, here's the full transcript of Gene Yang's speech, delivered at the National Book Festival Gala, in which he discusses the importance of fearlessness in writing and diversity.

These pictures of Jason Shiga at SPX are pretty great.

Dustin Harbin shares his sketchbooks with The Nib. The bit about not being happy about work for yourself or to show others until it looks the way you want resonates.

Richie Pope is one of those artists whose work I always enjoy and look out for. He's got a new book available- a collection of drawings about a never ending neighbourhood. International shipping cheap and available- get on it.

There's been quite a few articles and back and forth on the changing face of comic conventions, in particular where it concerns long-term exhibitors, and cosplayers. It was a conversation started by Denise Dorman and responded to by a few- I like Chris Butcher's take.

Roman Muradov illustrates the Google doodle for Leo Tolstoy's 186th birthday, and details the process in creating it.

I was disappointed with the latest volume of Amulet- I admire Kibuishi's adeptness at introducing new characters and plot-lines, but it felt too much at this late stage to still be doing that- it takes away from the readers' ability to connect with the characters who have been there from the beginning. Kibuishi's announced the series will be 9 books in length, so 3 more volumes in which to wrap everything up and provide resolutions for the many, many characters.