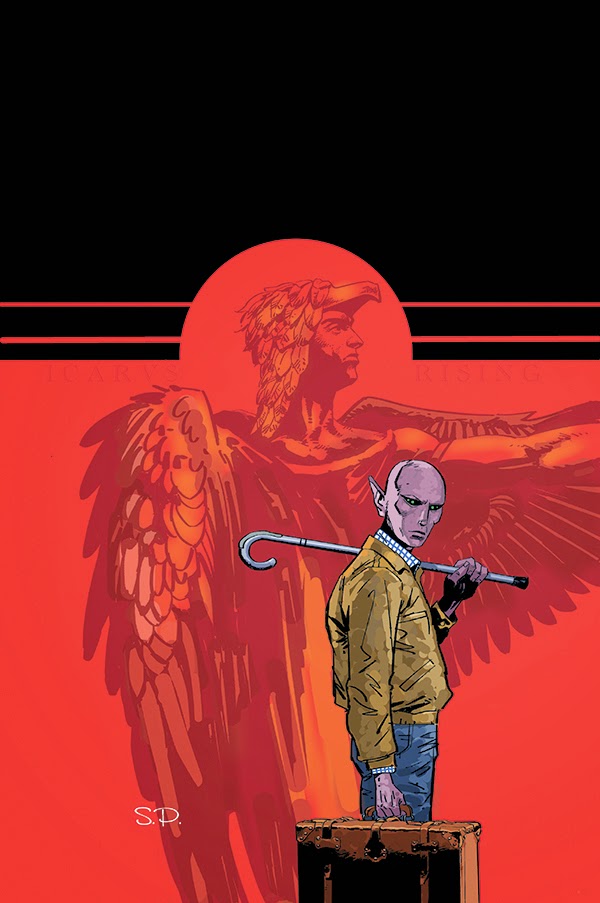 I very much enjoy Steve Parkhouse and Peter Hogan's Resident Alien comics. So far there have been two mini-series of the understated 'adventures' of Dr Harry Vanderspeigle, a stranded alien who's led a purposedly quiet existence away from humans until his services are called upon in a murder case, with the runs collected in trades Welcome to Earth, and The Suicide Blonde respectively. Even as the government becomes aware of his existence, Harry increasingly finds himself reveling in his new found vocation and the company of people, despite having always erred on the side of caution for over a decade, after crash-landing and losing his craft and all means of communication.

I'm pretty pleased to hear that Hogan and Parkhouse will be returning to the character next April with a new, 4-issue mini-series, titled The Sam Hain Mystery. 'With a few successes under his belt, Harry tackles another one after the contents of an old briefcase hint that a murderer could be hiding in town in plain sight—using an alias. Sound familiar?' I believe there's currently an ongoing Resident Alien story serialising in the Dark Horse Presents anthology of the same name (or 'chapters' of a story), which will act as bridge between the last tale -The Suicide Blonde- and the new one releasing in April; no doubt it will all be collated for the next trade volume.
Posted by Zainab at 19:15