With pound in hand: October

Here we go: the cream of this month's releases, in graphic novels and collected editions- another bumper month, so once more, I've tried to keep descriptions short to save from having to wade through swathes of text: 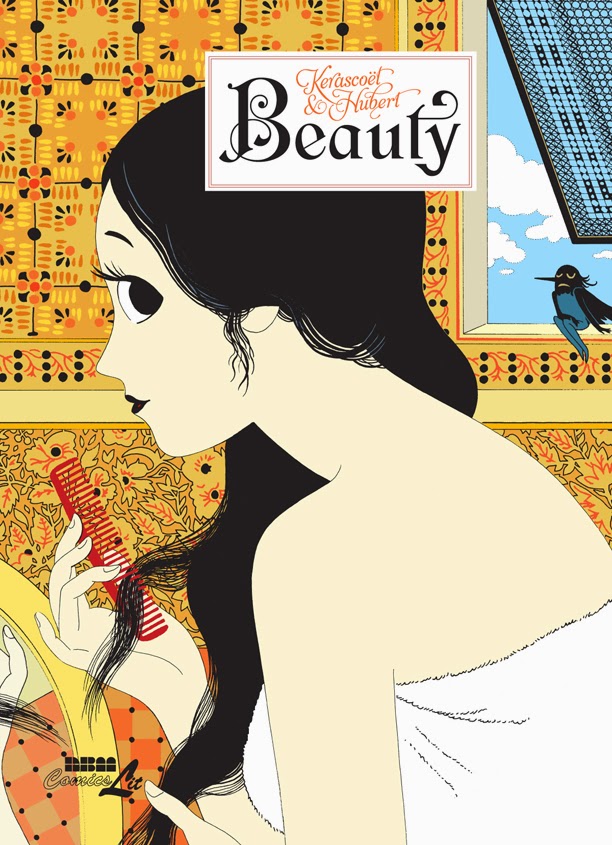 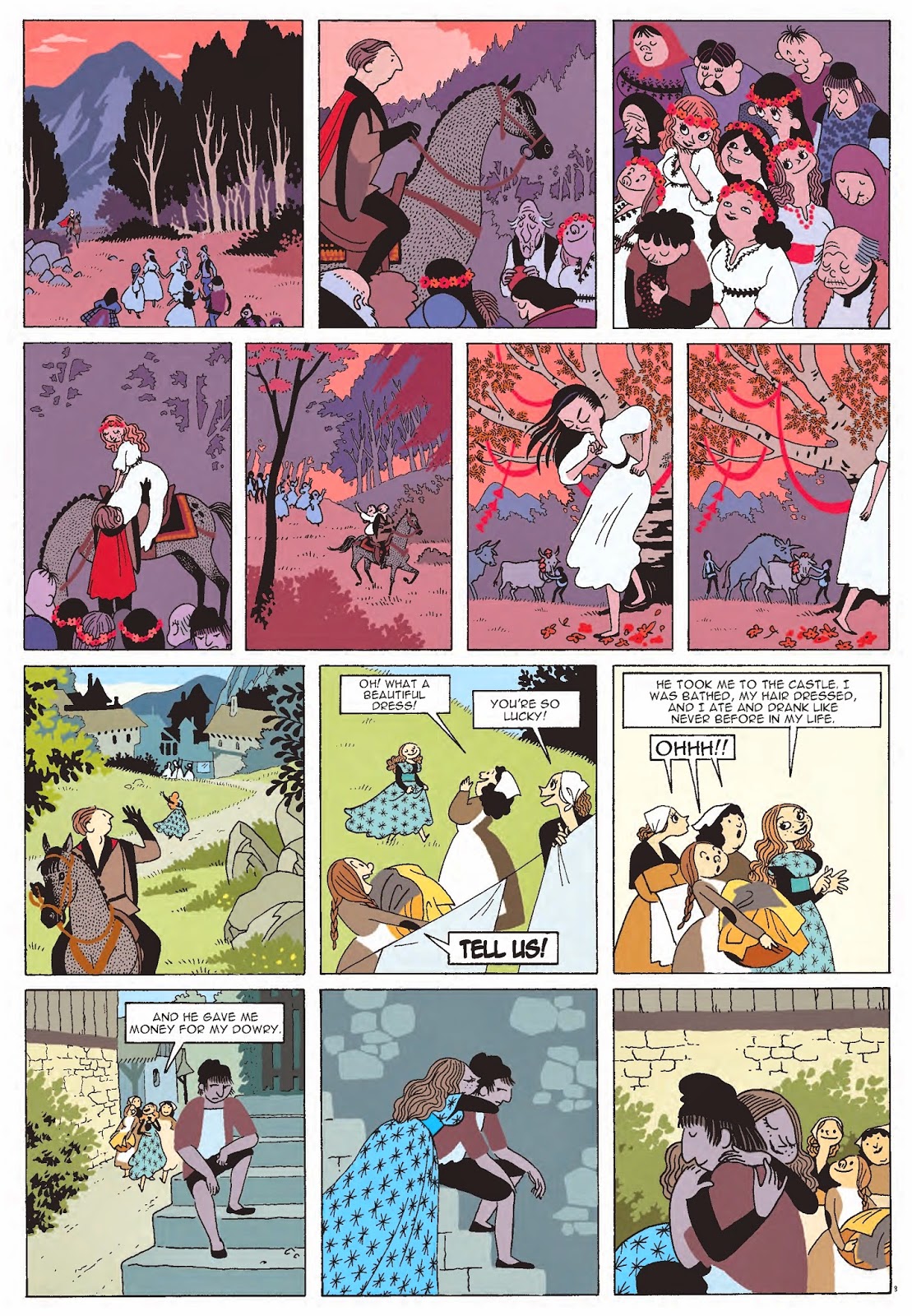 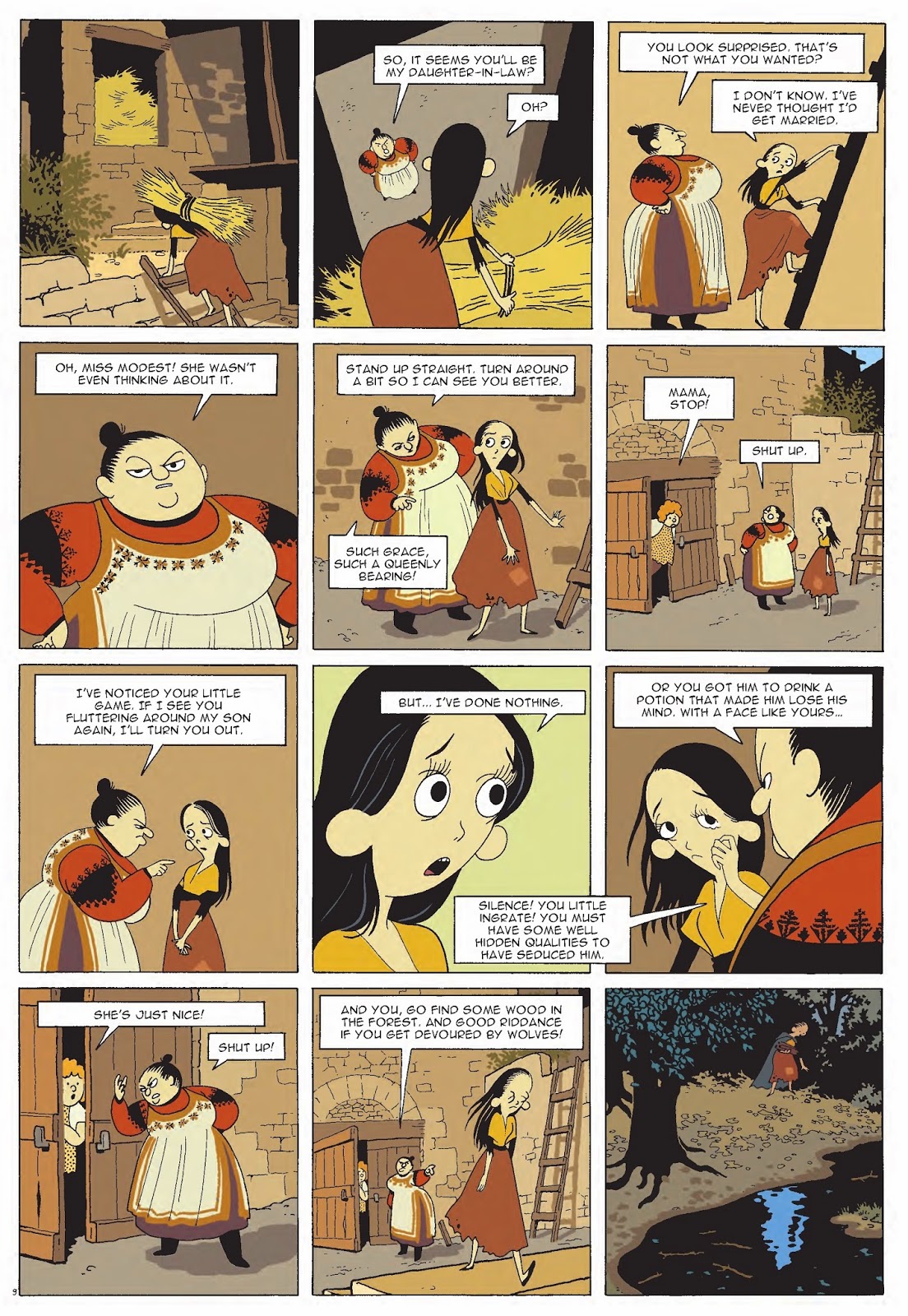 PICK OF THE MONTH: Beauty by Hubert and Kerascoet, NBM: Published in 3 separate volumes in its original French, and collected here in one 140-page, full-colour, hardback tome, Beauty is another deceptively fairy-tale veneered narrative on the nature of beauty in the vein of Kerascoët's and Fabien Vehlmann's Beautiful Darkness. Shunned by people as ugly and repulsive, when Coddie unintentionally frees a fairy from a spell that was holding her prisoner, and is offered a wish in return, she seizes the opportunity to reverse her fortunes. But the wish is more powerful and intricate than Coddie realises; her new-found beauty and magnetism force her to leave her village. On the outside, she is saved by a young lord. However, as Coddie begins to learn, beauty is a double-edged sword, as corrupting as it is fascinating, and her destiny, it seems, may lie somewhere else altogether. 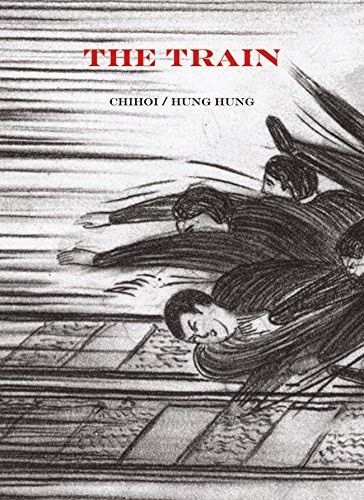 Blacksad Amarillo by Juan Diaz Canales and Junajo Guarnido, Dark Horse: I'm sure I've bored everyone enough with Blacksad this year, but it's a breezy joy to read and always a highlight of the year. Amarillo continues from where A Silent Hell left off, with Blacksad in New Orleans, broke, weary of always seeing the worst of people, and looking to take a break. A chance encounter sees him hired to drive and deliver a Cadillac Eldorado to Tulsa, Oklahoma: a case of the perfect job at the perfect time, but Blacksad being Blacksad, the inevitability of finding himself once more mired is near unavoidable. Guarnido's art makes up for the weak spots in Canales' writing.

The Train by Chihoi and Steve Bradbury, Conundrum Press: The year for comics on trains: 'Already published in Chinese and Italian, The Train is the follow up to Chihoi's successful book of stories The Library. In it Hong Kong artist Chihoi adapts a short story by Taiwanese writer Hung Hung about a surreal train ride. With dream-like logic one of the characters asks, 'Have you ever imagined the world outside the train?' The protagonist waits for someone, a woman perhaps, and observes with trepidation each time a new car is coupled to the train and the occupants spill out.' 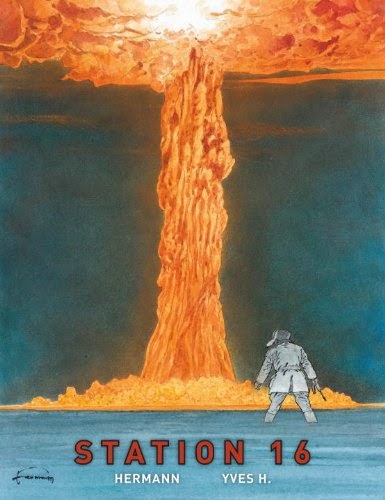 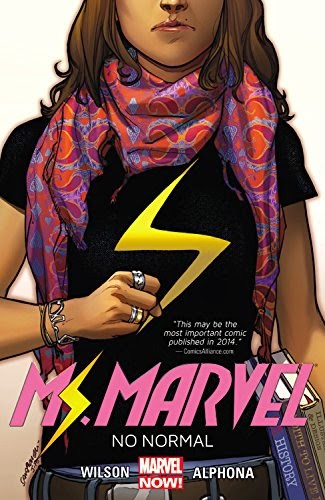 Station 16 by Hermann and Yves. H, Dark Horse:  I find it difficult to resist snow mysteries: 'May 1997. In Arctic Russia, a border patrol rookie receives a distress call from the long-abandoned Station 16, uninhabited since the days of massive nuclear testing 30 years previously. When he and his squad head out to investigate the call, they find an injured man who claims the rookie was his attacker - but before they can question him further, a massive nuclear explosion rocks the sky.'

Ms Marvel volume 1: No Normal by G. Willow Wilson, Adrian Alphona and Jake Wyatt, Marvel: I did read the first couple of issues of Marvel's new 'Muslim Pakistani-American superheroine' when it was released amidst much fanfare, but decided it was something I'd rather read it trade; those chapters felt very introductory. Everything I've seen since indicates it really gets better- from Alphona and Wyatt's art to the Wolverine team-up and Lockjaw (although I'm not sure if the trade will catch up to those issues). 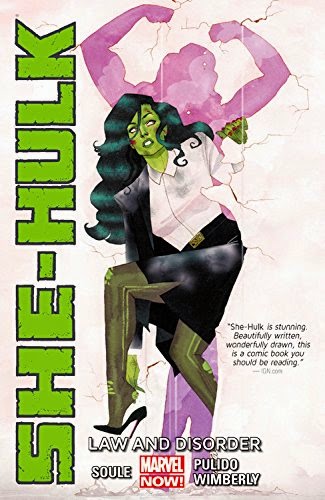 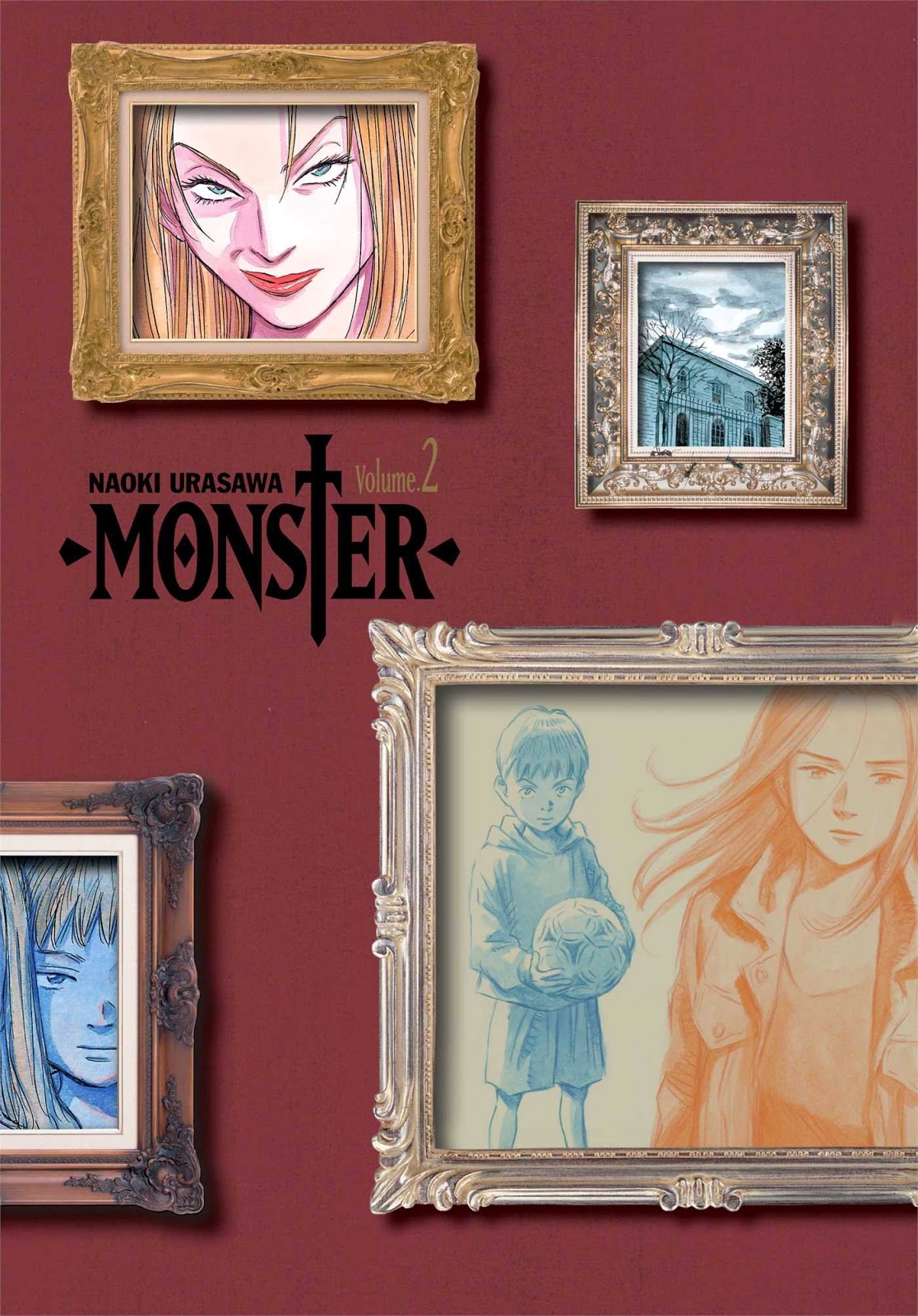 She-Hulk volume 1: Law and Disorder by Charles Soule, Javier Pulido and Ronald Wimberley: On my best of the year list- fun, strong characterisation, entertaining, and great to look at- with Pulido in particular being immensely impressive. I'd never read any Hulk, or She-Hulk comics, but this reads perfectly regardless of how familiar you are with any of the characters. I read in some places objections to Wimberely's art, and while I'm usually a champion of having artistic consistency on books, I loved how refreshing his issues were- and the paradoxically static kinetic nature of his work. Just excellent.

Monster 2 by Naoki Urasawa, Viz: Simply superb. This second perfect edition from Viz collects books 3 and 4 of Urasawa's serial killer thriller/mystery, with Dr Tenman on the run, but now aware of exactly who he's after, but curious still as to the why and how. 'While narrowly evading the police dragnet, Tenma pursues Johan in an attempt to prove his own innocence and prevent another murder, edging closer to the Monster by tracing his secret past. As the only person who knows what Johan is, Tenma searches for Nina, who has been captured by neo-Nazis. His investigation leads him to uncover a horrific fact: the ultra-rightists are conspiring to set Johan up as a second Adolf Hitler.' 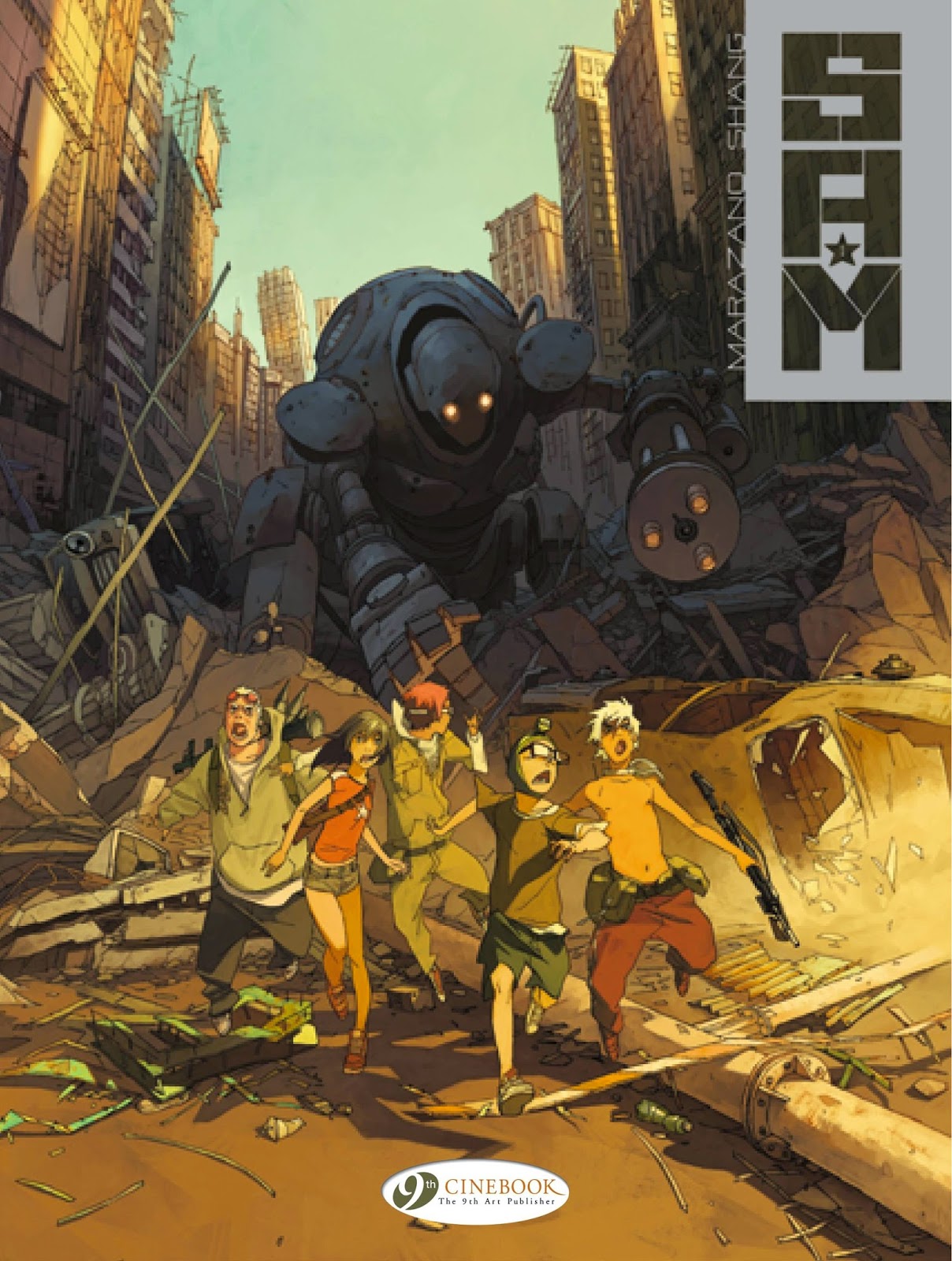 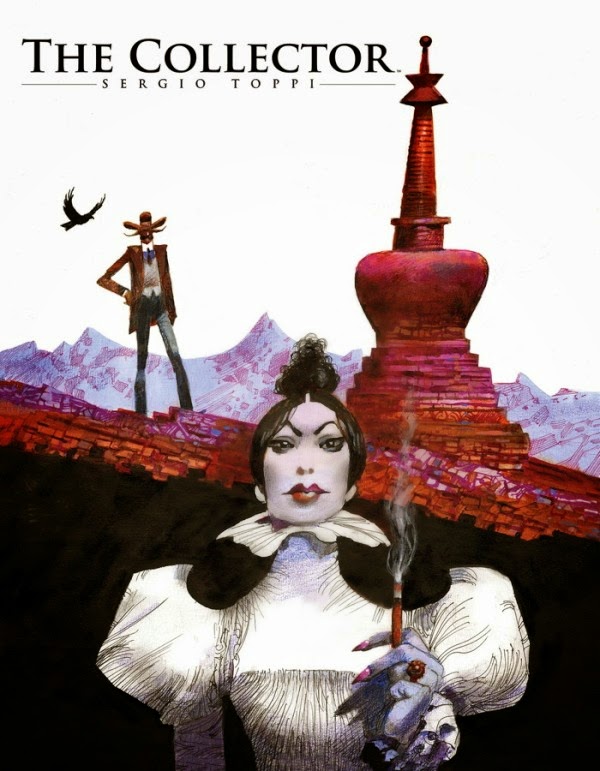 Sam volume 1: After Man by Richard Marazano and Shang Xiao, Cinebook: You may remember me highlighting this series and Cinebook's acquisition of it back in July, and soulful robot action inside, it's written by Richard Marazano of The Chimpanzee Complex fame, so definitely of interest. If you're worried about committing, it's only supposed to be a four volume series, so nice and tight. The story is set around a group of kids and teens who live underground in the sewers, after the majority of the human race has been exterminated by huge, sentient killer robots that still scour the surface looking to eliminate any sign of life. The kids venture to the surface now and gain to make scavenger runs for food and supplies, and it's on one such trip that they come face-to-face with one of the massive humanoid robots.


The Collector by Sergio Toppi, Archaia: This may be delayed yet again- I believe it was touted for release in September originally- but is still worth highlighting in case it does see release, simply because so little of Toppi's work is available in English. Beginning in 1984, The Collector was Toppi's longest-running original series, charting the adventures of a bowler-hatted, daredevil, chameleon of a man. Known only as The Collector, he travels around the world and through time in order to fulfill his hobby of seeking out rare and fascinating artifacts. Illustrated in his distinctive black and white, densely textured style, each page is a master-class in beauty and technique.