Bill Watterson designs Angouleme 2015 poster as comic strip; declares that as the extent of his involvement in festival 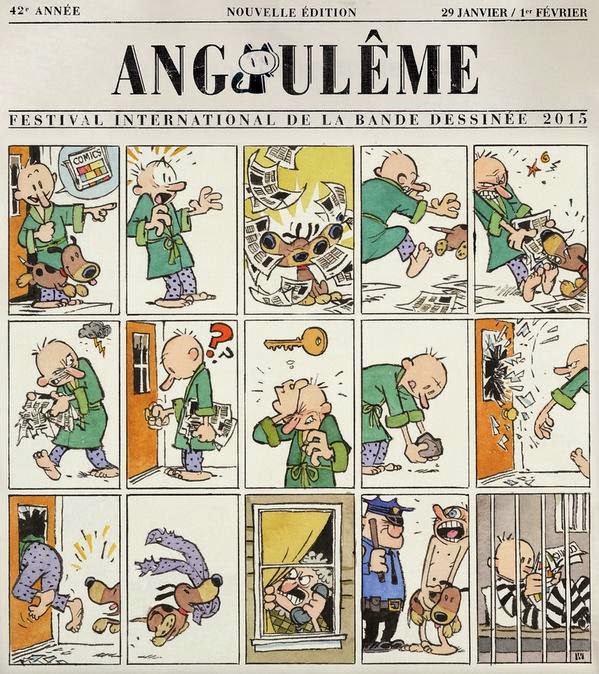 I'll probably always write about anything Bill Watterson-related as long as the blog doth live, and now there is new news, in the form of the Angouleme festival's 2015 poster. While Bill Watterson's level of involvement and attendance at next year's Angouleme was still up in the air somewhat after he was awarded the Grand Prix prize (sort of the equivalent of a lifetime achievement award) in 2014- a role which traditionally sees the winner presiding over the following year's festival- in an exclusive interview with 20 Minutes, he's stated that designing and illustrating the poster will essentially be the extent of his duties: 'My participation will be limited to the achievement of the official poster -which is done, and to send some of my boards that will feed an exhibition devoted to my work.' He also discusses the poster itself, and how he wanted to create something which harked back to newspaper strips and his own work, 'To be able to tell a story in pictures is only one of the great strengths -and the great pleasures - comics offers. In this sense, I hope I have managed to express both my work and comics in general. And to pay tribute to what makes this medium so pleasant to read.'

He remains a very classy act.