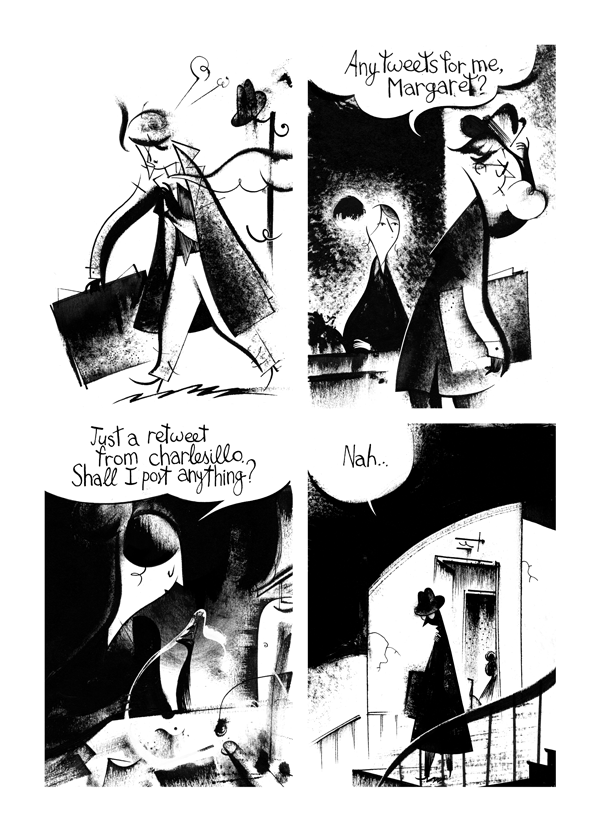 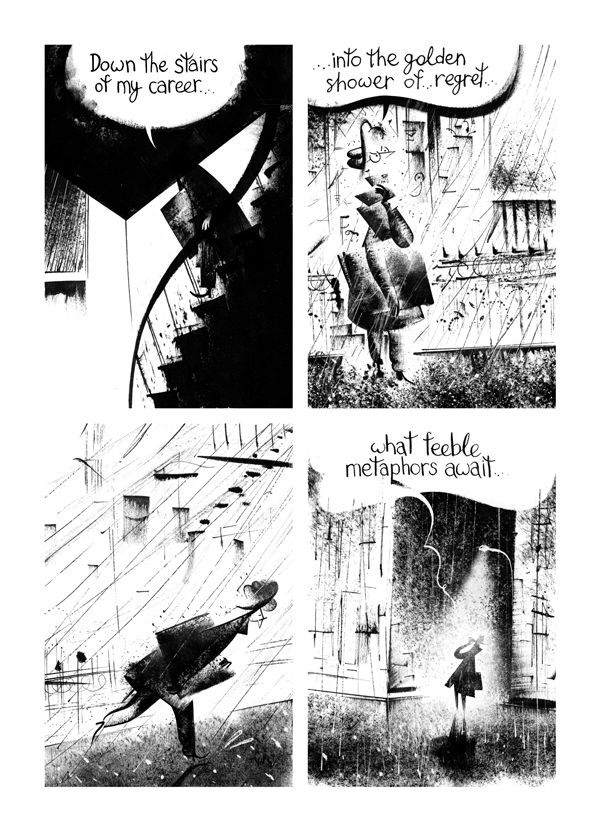 I missed this (or am late to it- I don't know), but the magnificent Roman Muradov posted the first installment of what he describes as a 'new constrained noirish story about the illustration industry'  on his Tumblr recently, and so this is your mandatory public service announcement flagging up said comic. Titled Jacob Bladders & the State of the Art -or Bladders for short- Muradov aims for the comic to be approximately 40 pages in length and in 2 parts, with each page consisting of 4 panels, and updates published in 4 page segments (that was fun to write). Oh, and he's drawing this one with his fingers -and some ink and nib. posting 4 page. As Muradov notes, the comic was originally planned for Papier 4, but considered too long and complicated by Lewis Trondheim, resulting in Muradove creating another piece for Papier (a 10 page story in which one phrase is repeated 40 times) and taking up Bladders as a  serialised project in his own time.

'Bladders lay sketched through the summer, but now I decided to draw it anyway. It’s not going anywhere so far, so maybe I’ll keep posting 4-page segments every month or so and then we’ll see.I'll try to continue working on it and put up 4-page segments as they're finished. Unfortunately this may take a while since this finger-drawing process is quite a pain.'

I hope people read it, and tell him they like it so that he'll continue with it- even from the first 4 pages, it seems like a lot of fun- the little Twitter joke, and the running wordplay, and Muradov's art appears to upping the sublime level with each new thing I see from him. In related news, I got my backer rewards for his Yellow Zine 5 Kickstarter drive, and I thought I'd share a few pictures. While I don't back Kickstarters in even the limited way I used to, I continue to support artists who have been great with getting promised rewards out on time, and Muradov's one of them- he'll always add extra things in there as well, which is very nice of him. We probably don't talk enough about good crowd-funded projects and we should.

This time around, in addition to the latest Yellow Zine, I got some more original art- lovely watercolour test paintings, a postcard and a beautiful lino print. Really looking forward to digging into Yellow Zine 5- it looks so good, the page layouts and figures all get better- take a look at that interior page spread below. I've gotten more comic literate over the years so I'm actually starting to feel as if I'm getting a tiny bit of the complexity of Muradov's comics now, and I like the challenge they present me, largely because his work feels so much a product of his vision and what he wants to make and do, rather than a conscious, deliberate high-handed effort at something.

Short version: you can also now buy Yellow Zine 5 here, should you so wish. 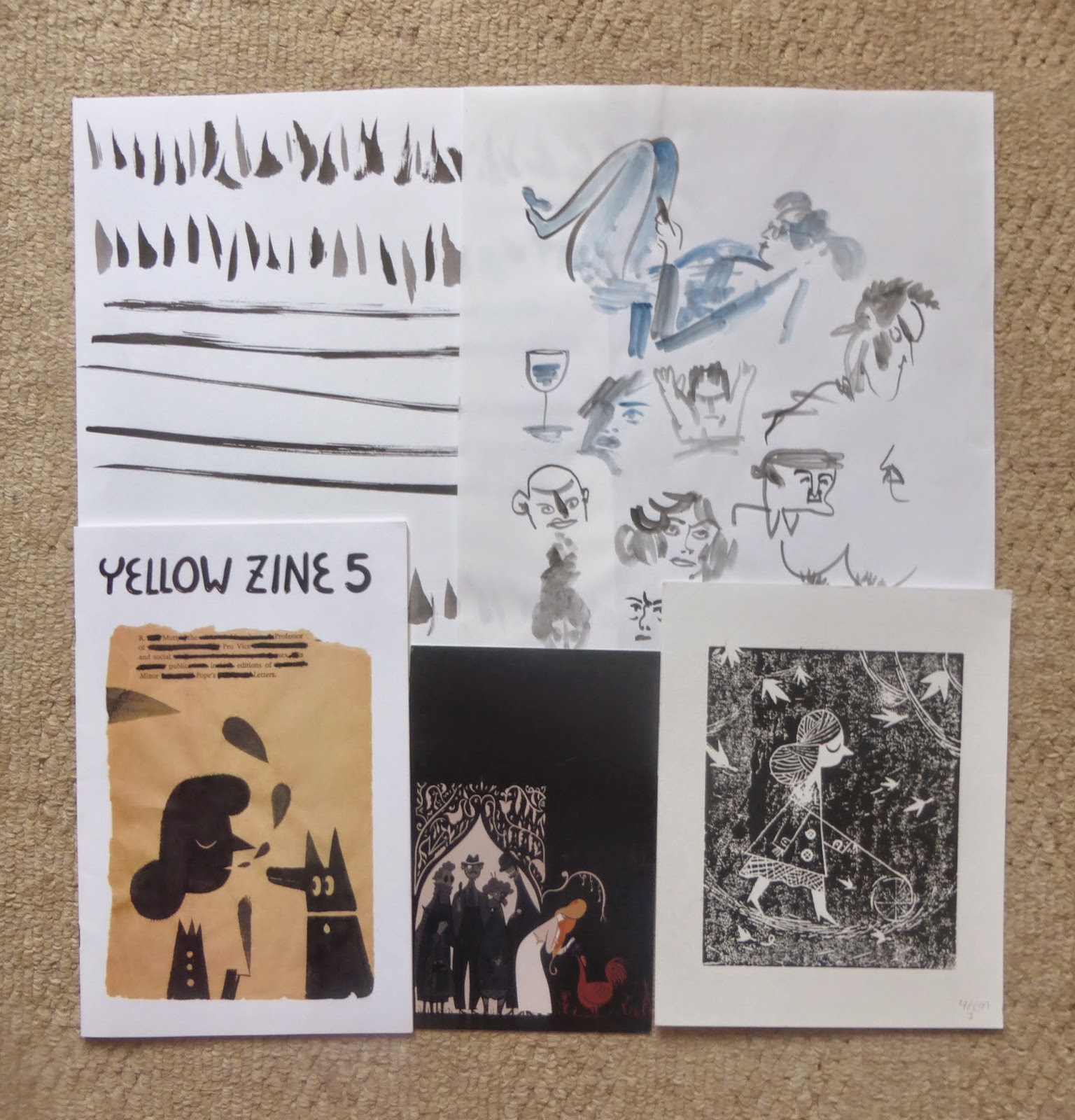 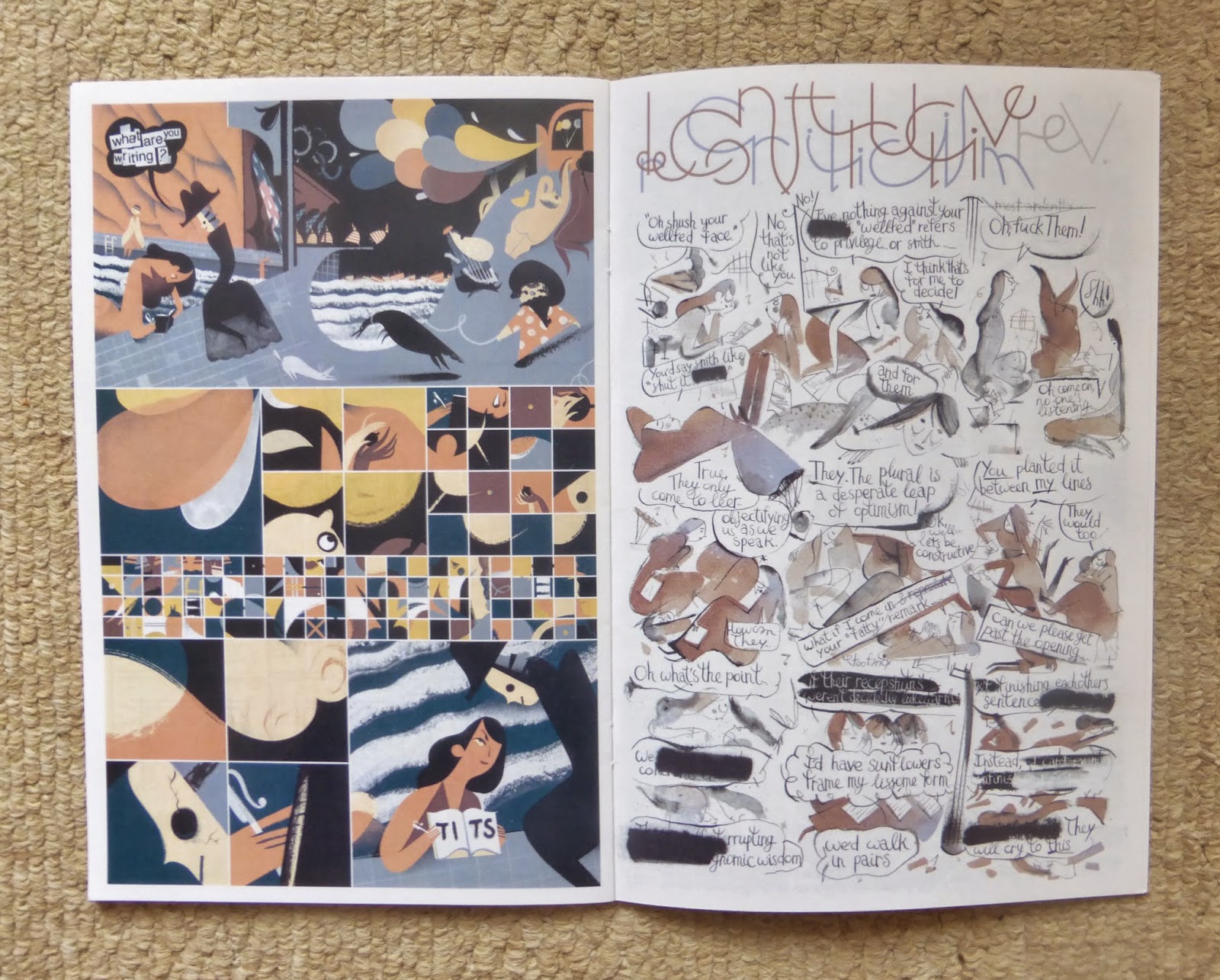 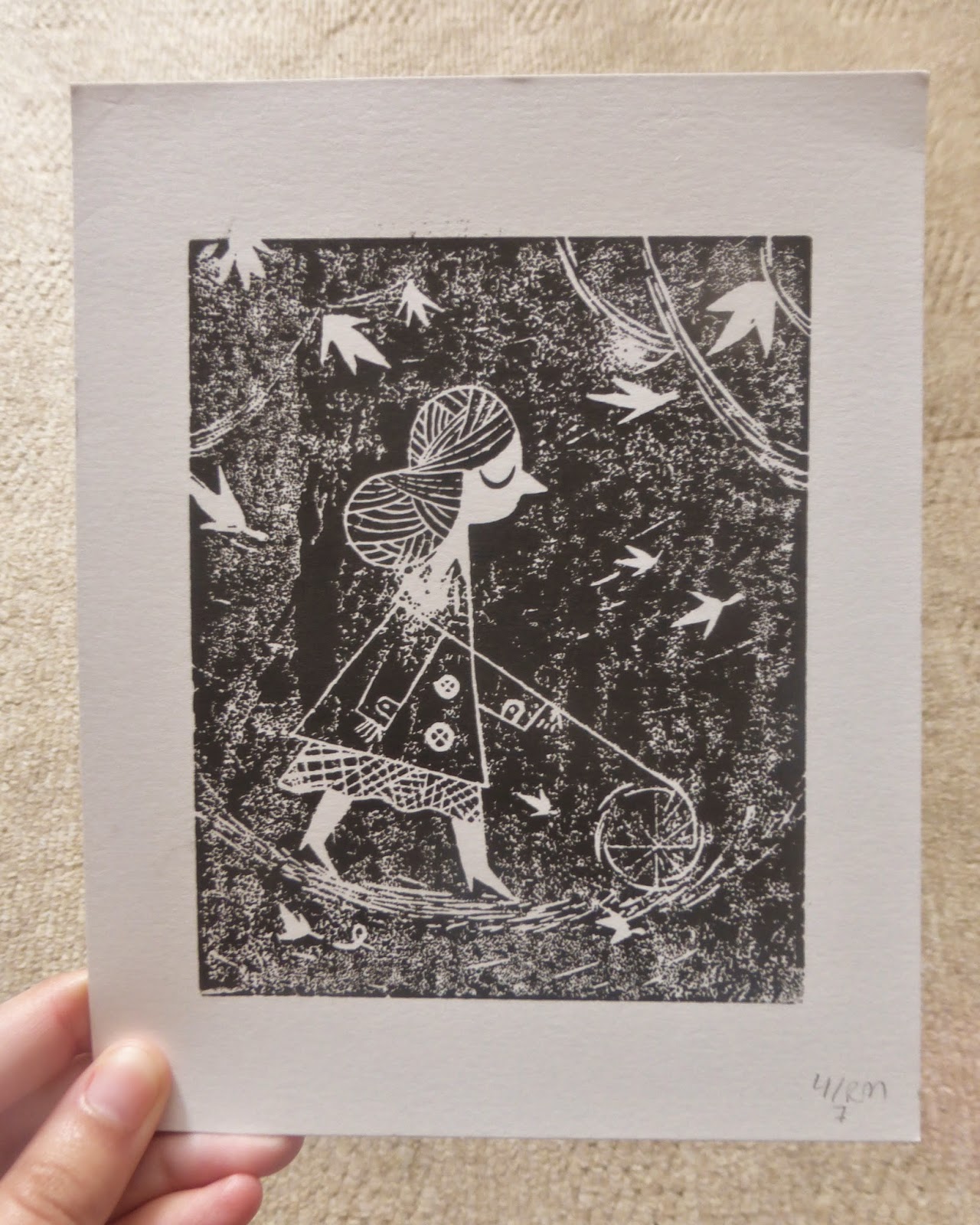