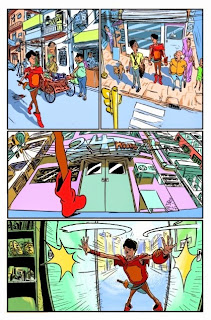 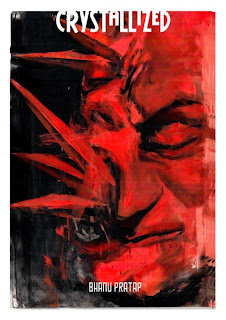 A return to more regular programming with a new installment of comics shelfie, this week all the way from New Delhi, India, with artist and animator Bahnu Pratap. Pratap describes the Indian comics scene as in its nascent stage, 'since there aren’t that many readers, creators or publishers,' but something that he sees as changing and as a positive facet, in that artists still have the capacity to shape the scene or take in in a particular direction. You can view his art and comics work over at his Tumblr. I find Bhanu's shelfie interesting not only because I like to mosey at what people read and collect -hence this feature- but in that it provides a glimpse of what it's like to be a fan in a country where comics aren't readily available, or even really part of a niche culture.

'First of all, thanks a lot to Zainab for asking me to post here. It feels cool, and I went through my collection for a few hours again while making this post.
Oh comics, what will I do without you? 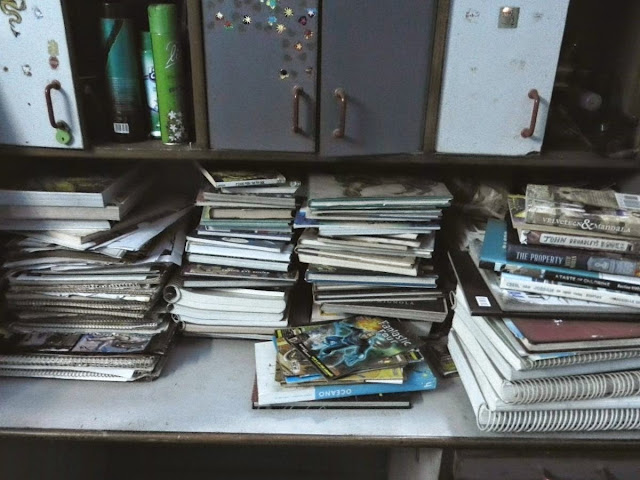 I have always had comics around me, cheap Indian knockoffs of American comics, reprints, or cheap Indian comics -cheap being the keyword. 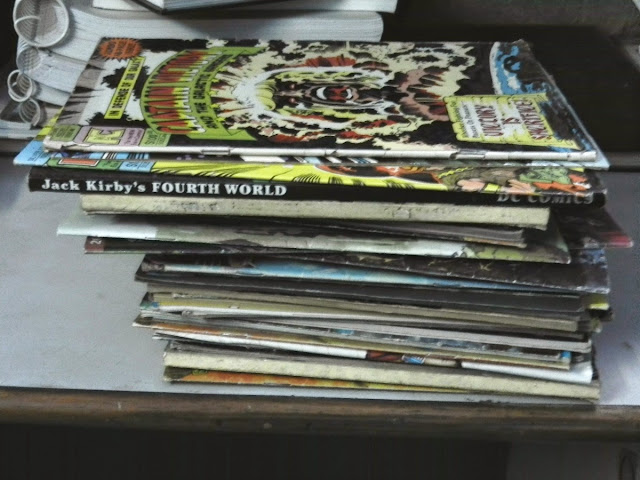 Sadly every year or so, my collection would either go into the garbage, or be given off to my cousins since we were always short on space. It would hurt, but I also understood that since comics were cheap, I could always buy some more. But somewhere down the line comics stopped being cheap, and they have remained that way. So during my teens I stopped buying comics, and started downloading them illegally. 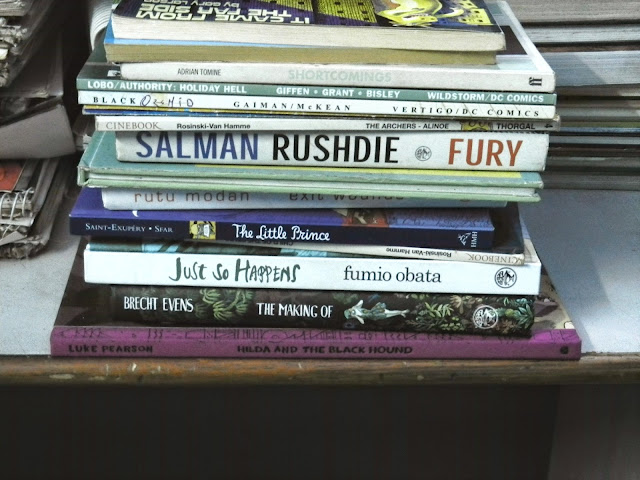 Now I don't want to talk about comic piracy much here, but as bad it is, it does  help introduce a naive 15 year kid in India or any other developing country, to a completely different world of awesome action and imagination. 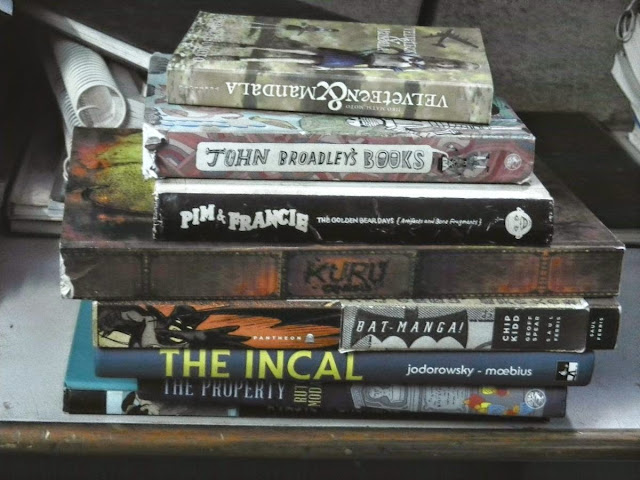 And then I became an adult artist, well kind of, and started getting comics from the little money I made, and co-bought comics with my other broke artsy friends.A decent graphic novel can cost about 1000 rupees and upwards, and income of a regular middle class person here is around 30,000 rupees. So my collection is still little, comics are still expensive for people here, and I am sorry for a rambling preamble. 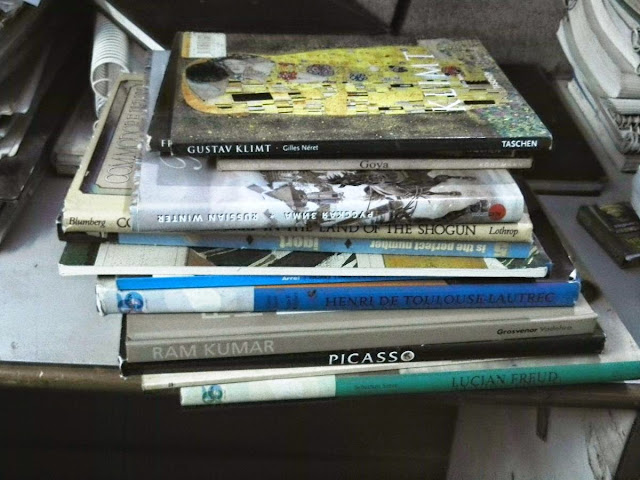 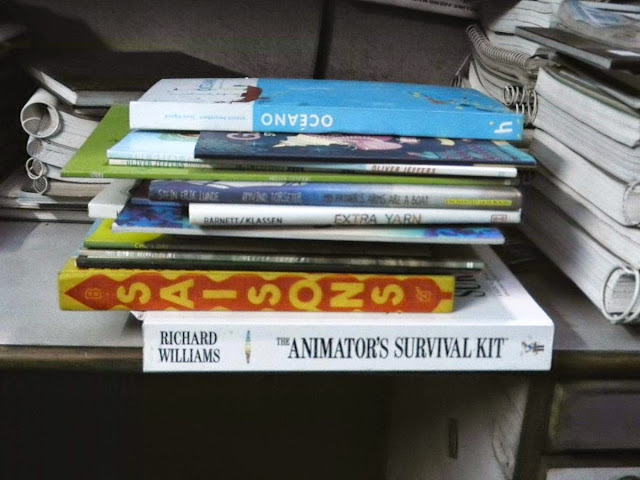 I especially love collecting children's books, usually these books are so well printed, produced, its a treat to just go through and feel the love for the medium come across. 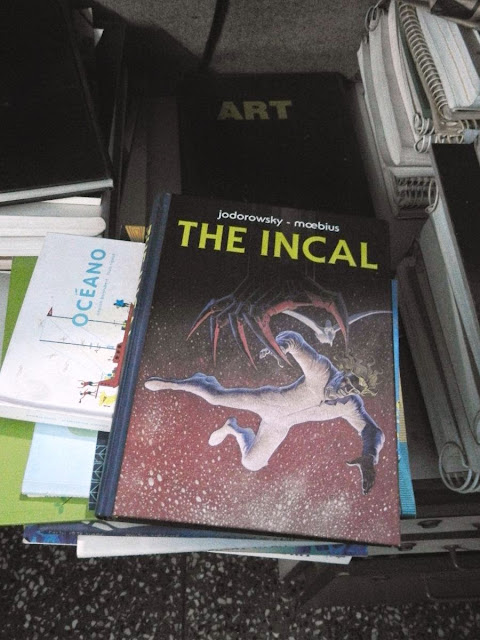 Moebius was one of the first artists whose work I downloaded illegally, and 'The Incal' was the second comic after 'The Long Tomorrow', and oh man, was it a treat to look at those beautiful pages; I would go out to a cyber cafe and print out pages and just look at them. It was such a crazy ride from beginning to end, how Moebius would change his technique from page to page, panel to panel, doing whatever to create these powerful images that would arrest me and keep my eyes flowing through the pages. 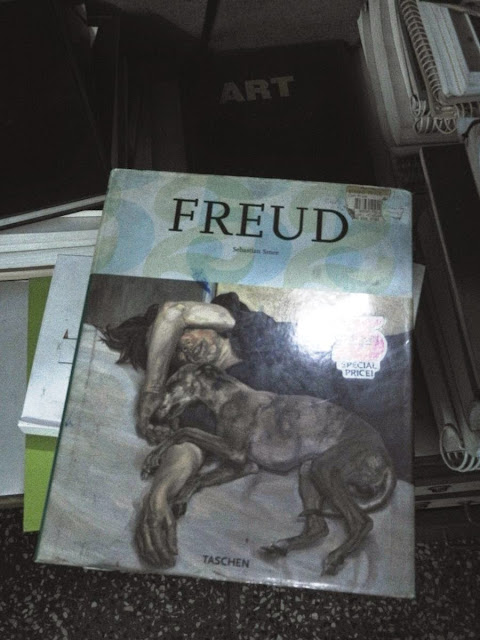 I started painting before I started making comics, and along with the German expressionists like Klimt, Kokoshka, and Schiele, figurative painters like Francis Bacon and Lucian Freud, who really helped me find a way while painting works.  My earlier paintings as 20 year old artist take too much from Freud's work. I have never seen his works in person, but even on the page, you could feel the thick strokes that felt like flesh itself on canvas. Every figure alive, and existing with a burden of reality, every aspect of his work being able to elicit some reaction in you, whether disgust, sympathy or admiration. 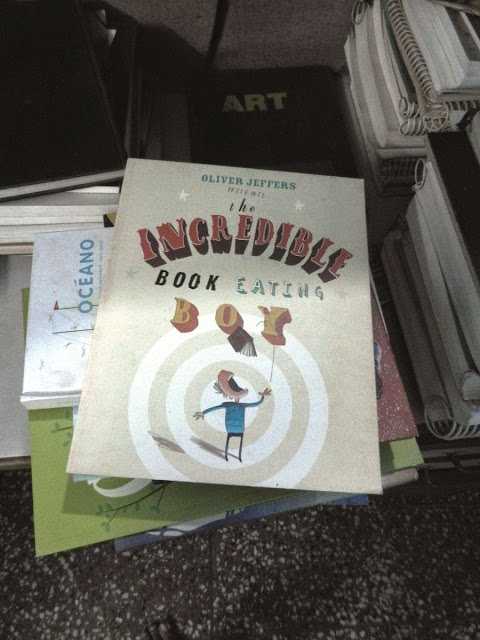 Like I said earlier, Children's books are a delight for me, I simply can't have enough of them, and the author I like most is Oliver Jeffers. And this is the book by him, that I love the most, 'The incredible book eating boy'. It's about a boy who loves to eat books, simple enough, yet told so beautifully and inventively, it almost seems like magik. It keeps occurring to me that maybe the most visually inventive stuff is happening in the children's books, where artists/authors tend to do the craziest things with layout design, storytelling. And Oliver Jeffers is one of the best in the business.

And there you go, a glimpse of my modest collection of books and other stuff. Think of this as a diet post after the heavy hits by Michel Fiffe, Sam Alden and.. John Martz... boy he has a lot of books, whew...!'

A massive thank you to Bhanu for his time and participation. You can view all the previous installments of Comics Shelfie here. Next installment will be up in a fortnight.
Posted by Zainab at 00:30